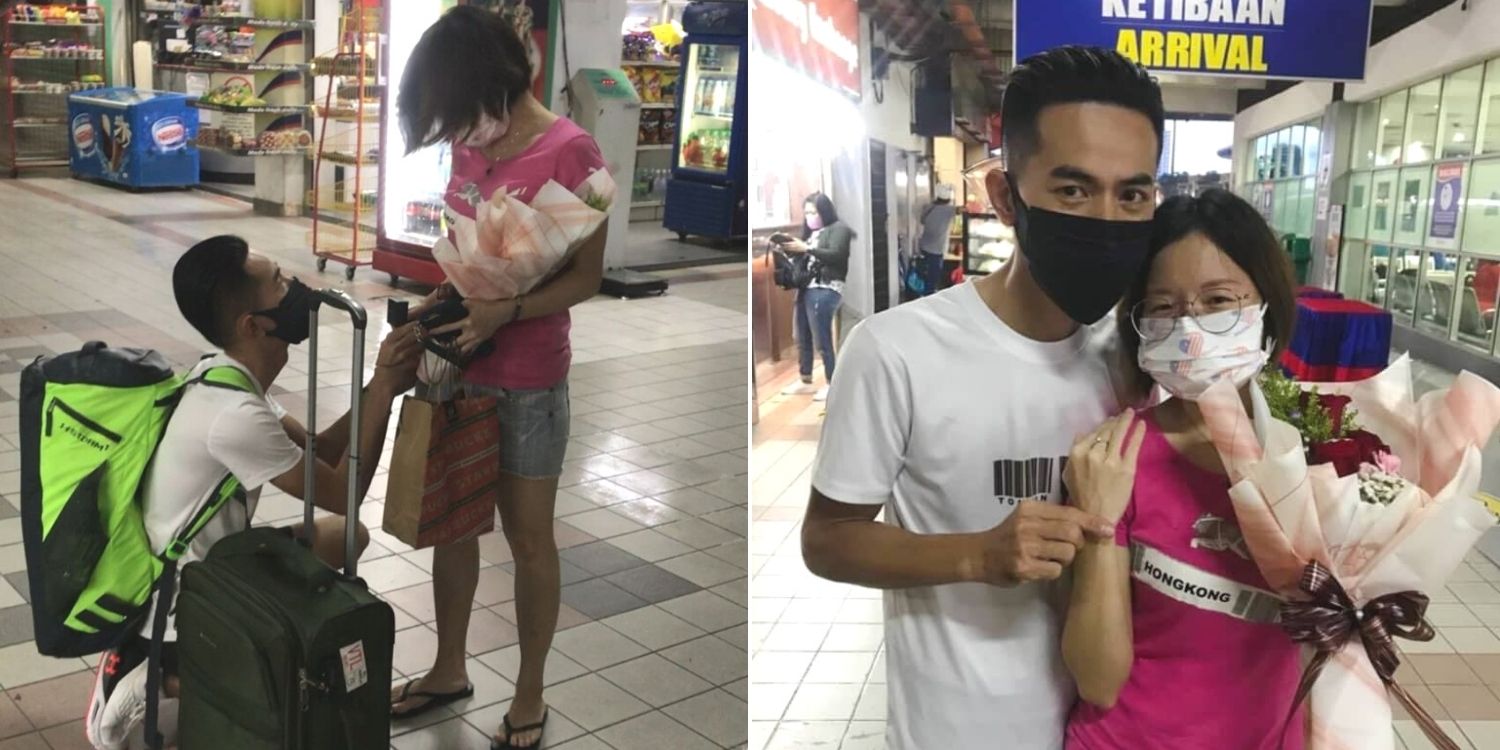 He proposed the moment they reunited.

Due to the Covid-19 pandemic, many cross-border lovers would have spent the last 2 years unwillingly apart.

Though close to each other geographically, the hurdles one has to go through to reunite with their partners make the distance feel so far.

Hence, when the Singapore-Malaysia vaccinated travel lane (VTL) launched in Nov 2021, a Malaysian man working in Singapore spared no time to book his trip home.

Having spent almost 2 years apart from his girlfriend, the man decided there was no better time to pop the question, even if that meant bending the knee at a less-than-glamorous location like a bus interchange in Johor Bahru. 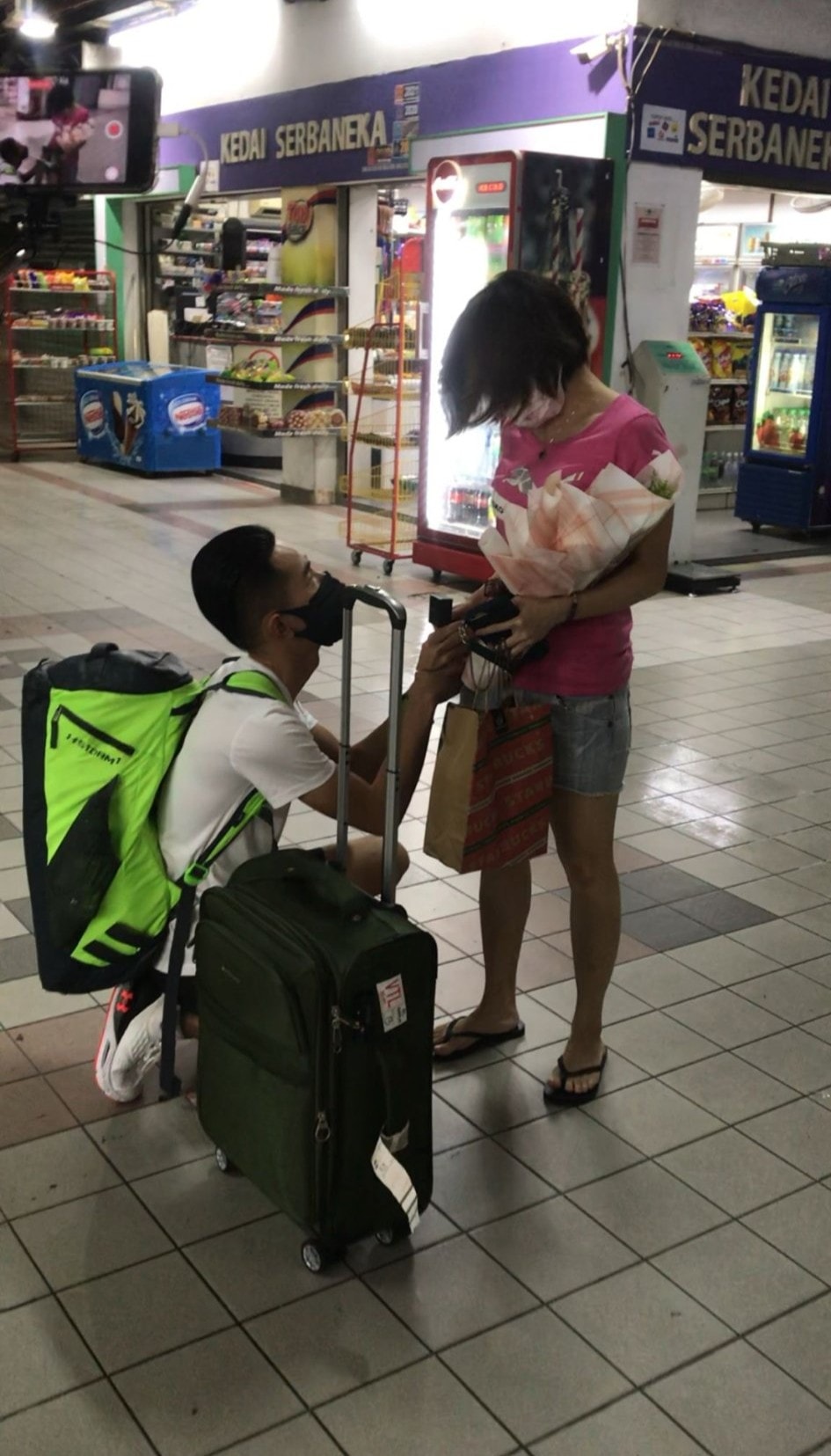 On Thursday (13 Jan), Mr Tomken Wong wrote that he was finally proposing to his girlfriend after spending 655 days apart.

In his Facebook post, he shared that he was grateful to have gotten VTL tickets to return to Malaysia so he could finally pop the question.

Speaking to MS News, Mr Wong said he had to delay his proposal plans indefinitely when the pandemic hit.

He had originally planned to propose in Japan with the help of their friends and relatives.

So when the news of the Malaysia VTL came about, he quickly coordinated his return home.

Mr Wong explained that he could not contain his excitement at the prospect of meeting his sweetheart,

When I was waiting at Woodlands bus interchange, I was so excited to meet my girlfriend, I couldn’t control myself.

Proposed the moment they reunited

Feeling as though he had owed his girlfriend for the past 655 days, Mr Wong decided he was going to propose the moment they reunited.

Despite the odd location, Mr Wong shared that he wasn’t going to waste any more time with plans, considering how all the planning he had done before backfired.

After going through customs and the necessary tests, Mr Wong finally reunited with his girlfriend and bent the knee to propose at Larkin Interchange.

Thankfully, everything went smoothly and she said, “Yes”. 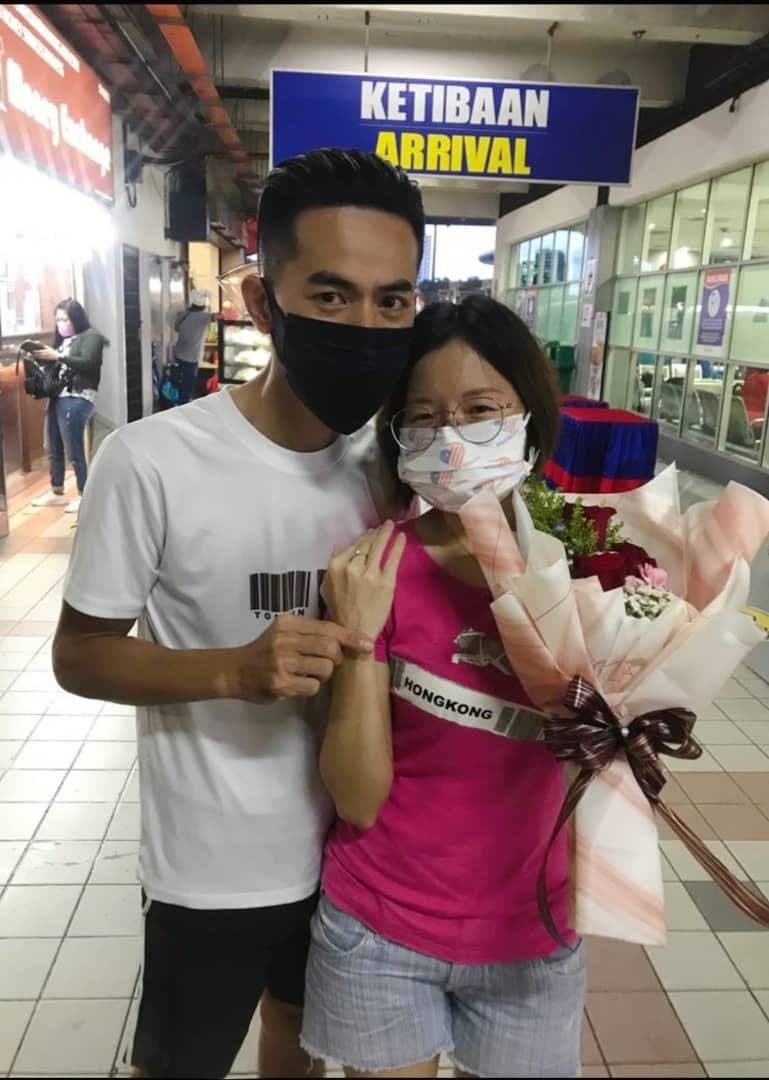 Return was put off due to quarantine fees

Mr Wong, who has been working in Singapore for 13 years, spent the last 2 years apart from his girlfriend who resides in Johor Bahru.

Even though he contemplated returning to Malaysia on an earlier date, the quarantine expenses proved to be an obstacle,

I had chances to return home but the quarantine fees totalled around S$3,000. After conversion, it would be around RM10,000.

Faith in everything finally prevails

Even though there were times when travelling between Singapore and Malaysia seemed impossible, it was always going to resume one day.

Placing that same faith into their relationship as well, we are glad to know that Mr Wong’s and his fiancee’s engagement was a success.

MS News wishes them a blissful and happy marriage ahead.