Singapore Man Proposes To Girlfriend By Winning A Mahjong Hand

Wedding proposals are momentous occasions that possibly indicate the start of a couple’s new chapter in life. Therefore, it goes without saying that it must be planned and executed perfectly.

One couple’s recent proposal, however, seemed to have taken the cake, given its ingenuity and creativity.

Instead of the usual kneeling down after a fancy dinner, a man in Singapore chose to propose to his partner through a game of mahjong. 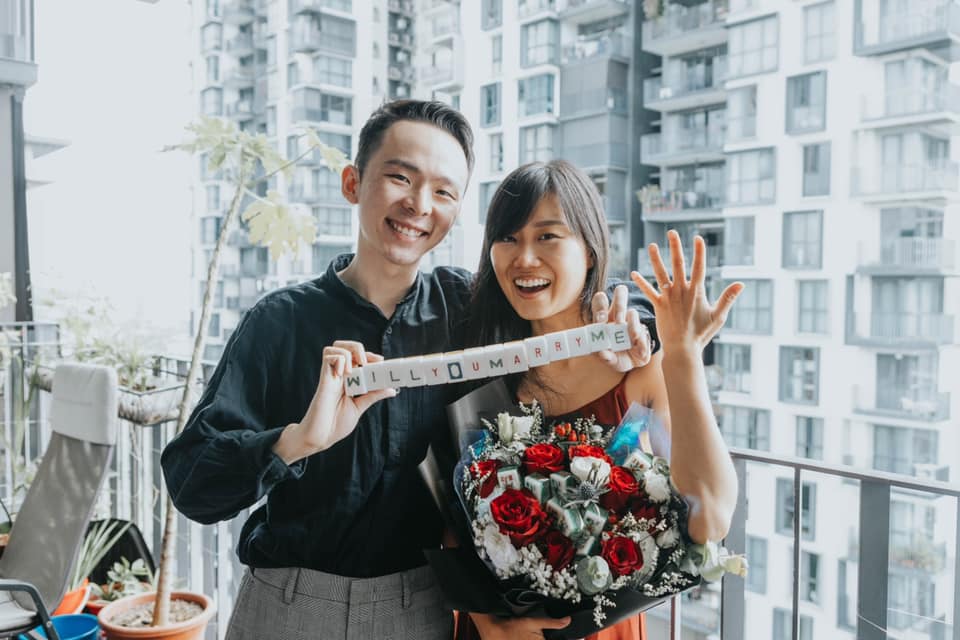 On 2 May, his partner Jeraldine took to Facebook to recount the proposal and thanked those who made it possible. Girlfriend thought she was helping with friend’s film project

Documenting the events that day, Jeraldine said she was asked to help with a friend’s film project which involved 4 young Singaporeans playing mahjong in an atas setting. As Jeraldine opened up her tiles, she couldn’t help but remark that it was “damn good”.

The opening tiles were apparently ideal for a ping hu (平胡), a combination that requires the player to ‘chi’ his or her way to victory without drawing any bonus tiles.

Halfway into the game, Jeraldine drew a white honour tile (白板) and was forced to discard it given its lack of relevance to the combination she was attempting to form. As she instinctively threw the tile, her partner Alfred sitting across her said he had won the round, and that it was a “very big” combination. 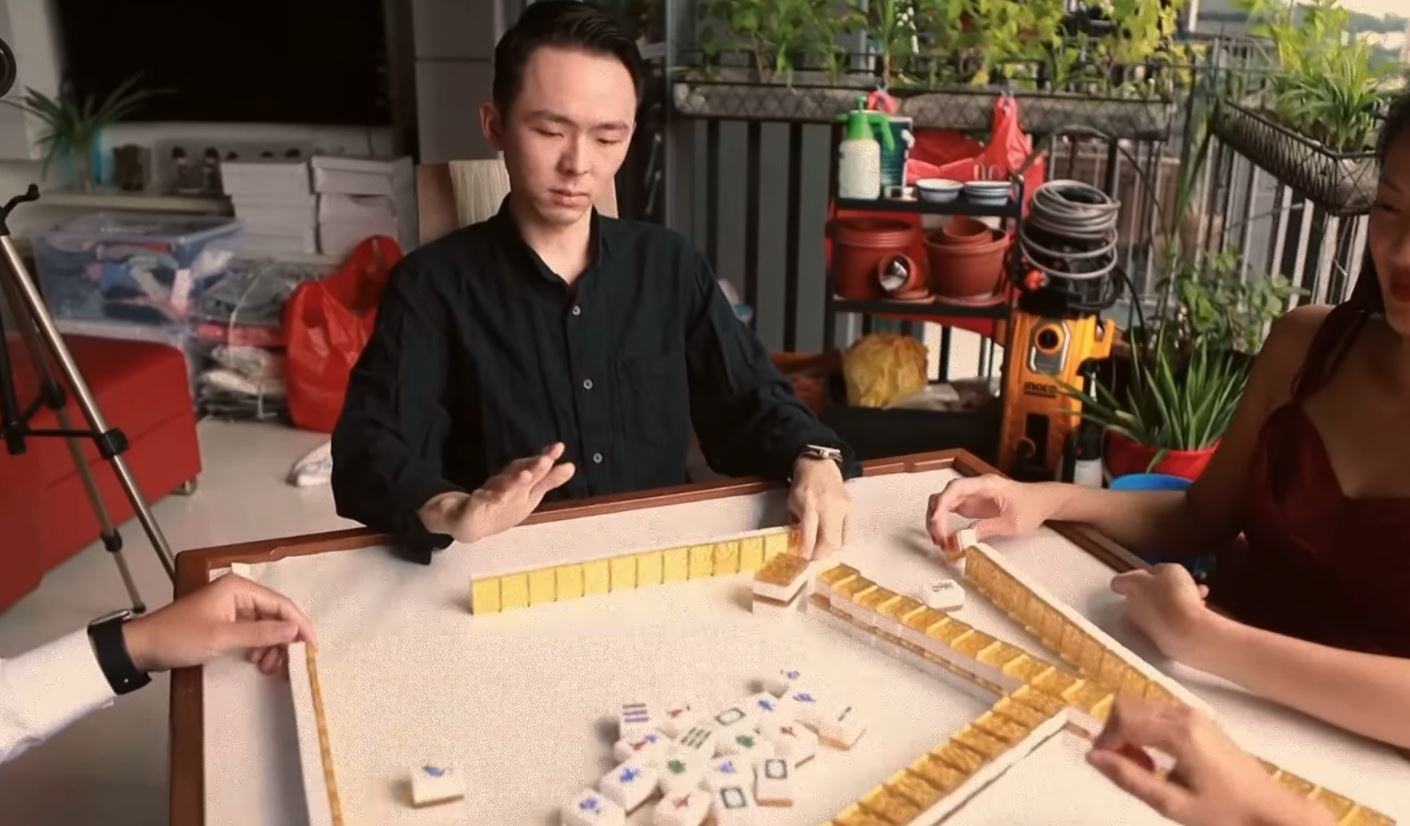 Unbeknownst to Jeraldine, Alfred’s tiles were special ones that spelt out the words “Will You Marry Me”. The white honour tile, which resembled a whiteboard, was used to form the letter “O”. 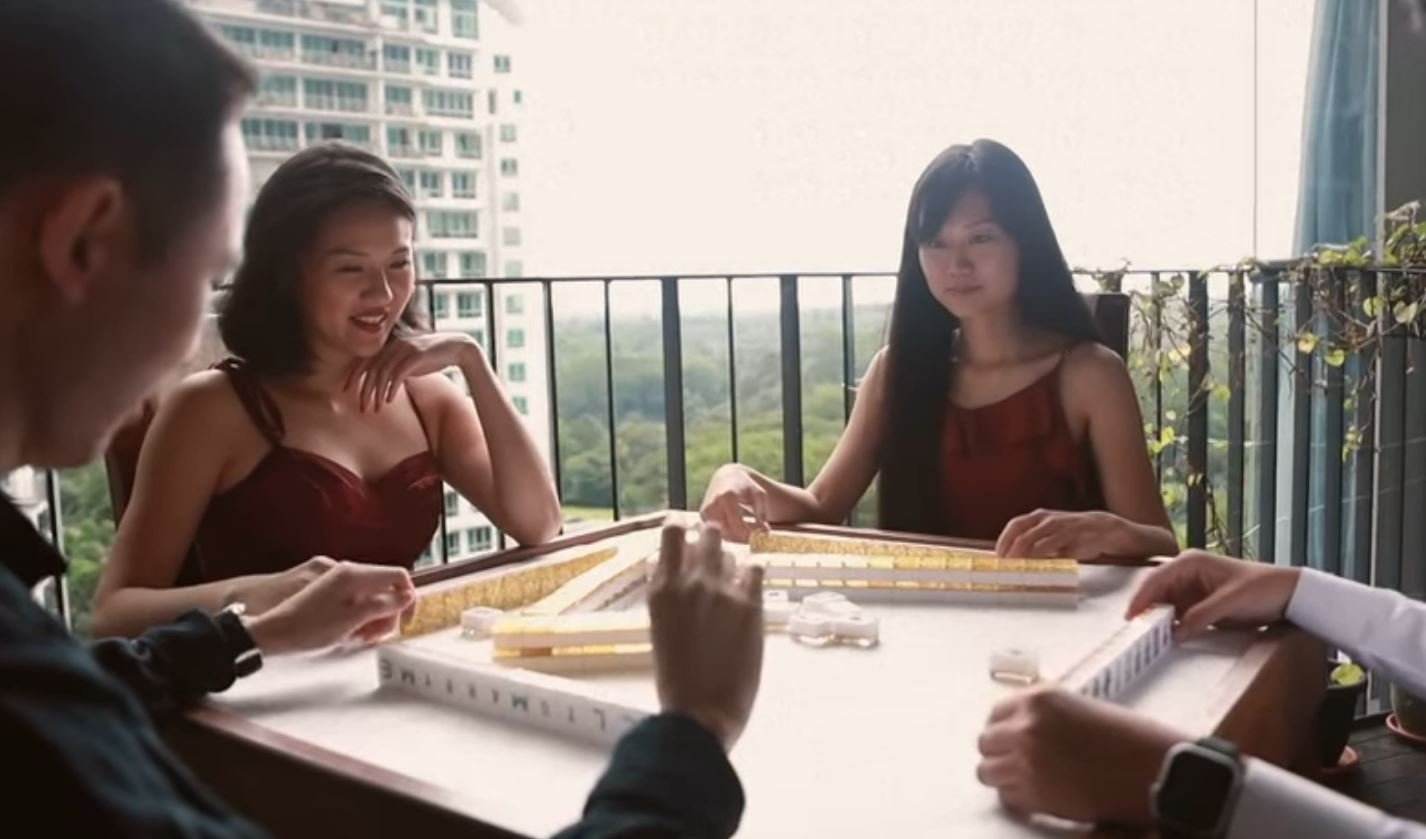 Emphasising that it was a “very big” combination, Alfred jokingly said that she would have to pay for it for the rest of her life.

But that was not the end of the mahjong references, as Jeraldine later even received a bouquet with 8 bonus ‘flower tiles’ amongst the roses. Eventually, Alfred got down on the knee and popped the question. 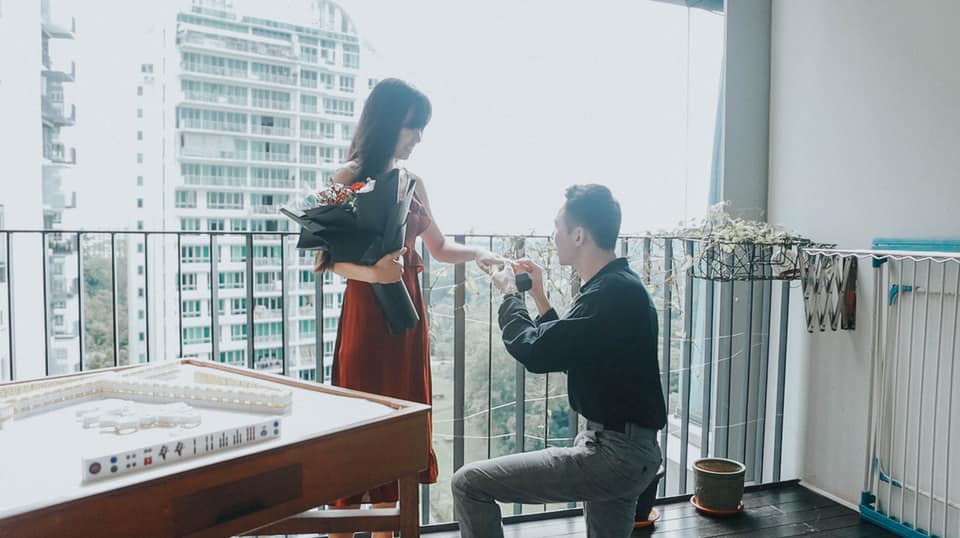 Needless to say, Jeraldine’s answer was a resounding yes.

It wasn’t just a joyous occasion for Alfred and Jeraldine, but for their friends who helped made the proposal possible too. Speaking to MS News, Jeraldine shared that she met her fiance in university and would play mahjong around once per week.

Our heartiest congratulations go out to the couple for their engagement. We wish them a blissful and happy marriage ahead.

Proposing through a mahjong game must be one of the most creative approaches we’ve ever heard of.

Know someone whose partner is a die-hard mahjong lover? Tag them in the comments so they can be inspired to do something similar!