Mosques will be reciting a peace prayer during Ramadan.

Last Friday (7 May), violent clashes between the Israeli police and Palestinian worshippers erupted at the Al-Aqsa mosque in Jerusalem, Israel.

The city’s worst conflict since 2017 allegedly stems from the potential eviction of Palestinian families from their homes by Jewish settlers.

Since then, hostilities and confrontations have ensued. Besides the hundreds wounded, 21 Palestinians have reportedly perished in the resulting rockets fired and air raids.

As the situation draws international concern, the Islamic Religious Council of Singapore (MUIS) expresses concerns over the ongoing violence. 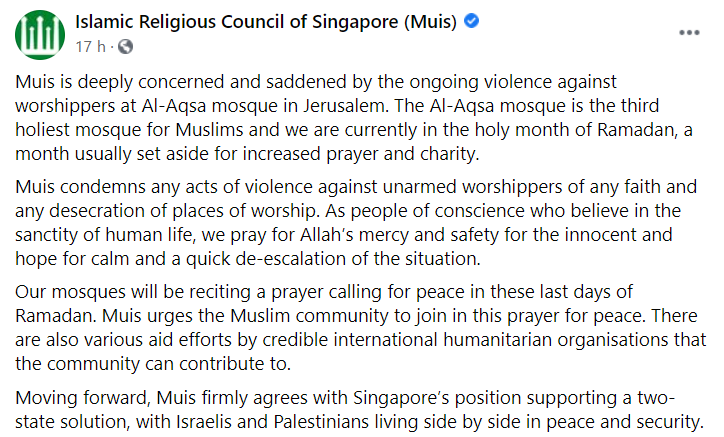 MUIS condemns the violence against worshippers in Israel and stands with Singapore’s support for Israel and Palestine’s peaceful co-existence.

On Monday (10 May), MUIS expressed deep concern over the attacks in Jerusalem on its Facebook page.

It points out that the Al-Aqsa mosque – where clashes broke out – is the 3rd most revered religious site for Muslims. 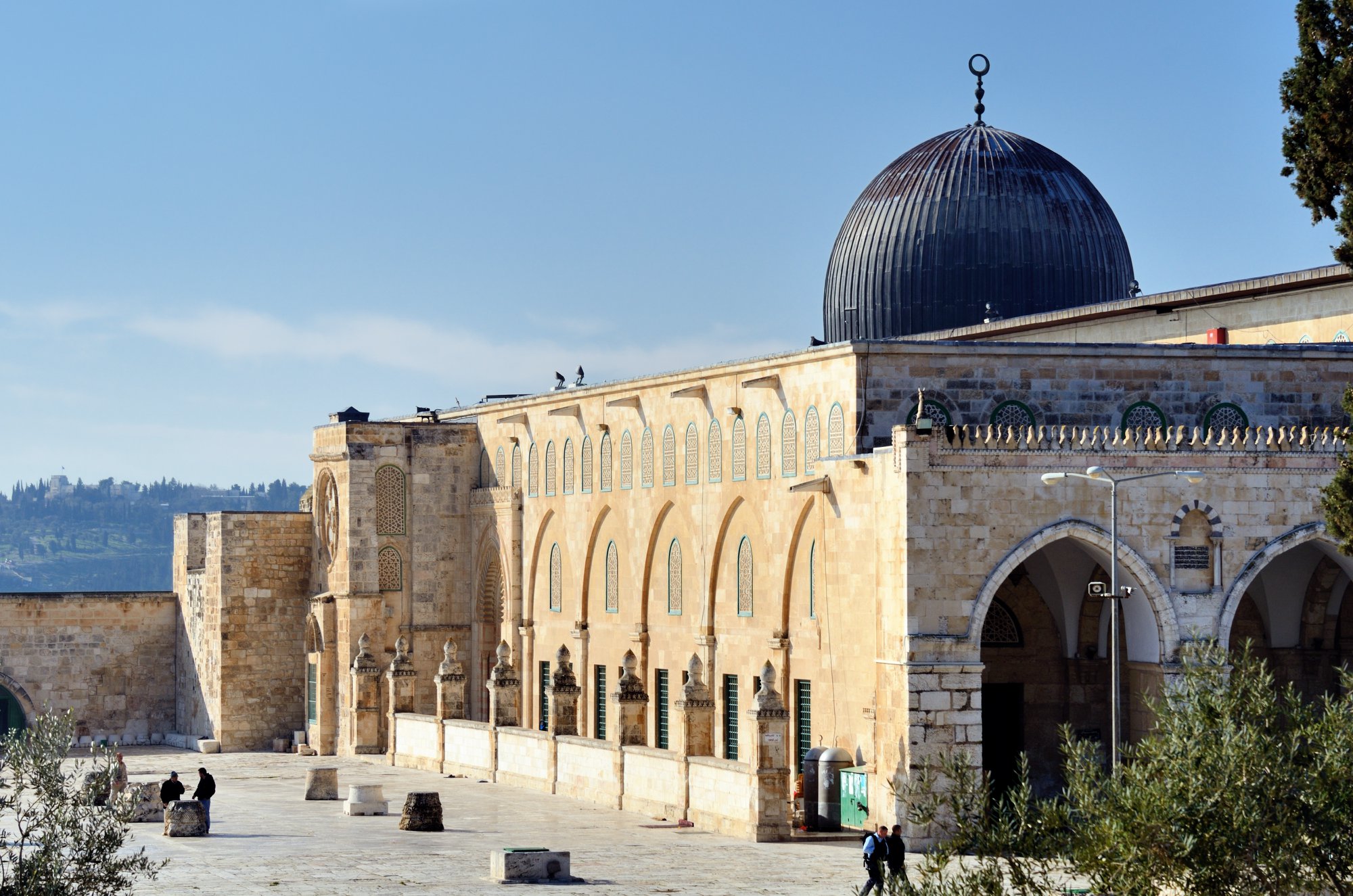 As such, it condemns any acts of violence against unarmed worshippers of any faith. It also denounces any desecration of places of worship. 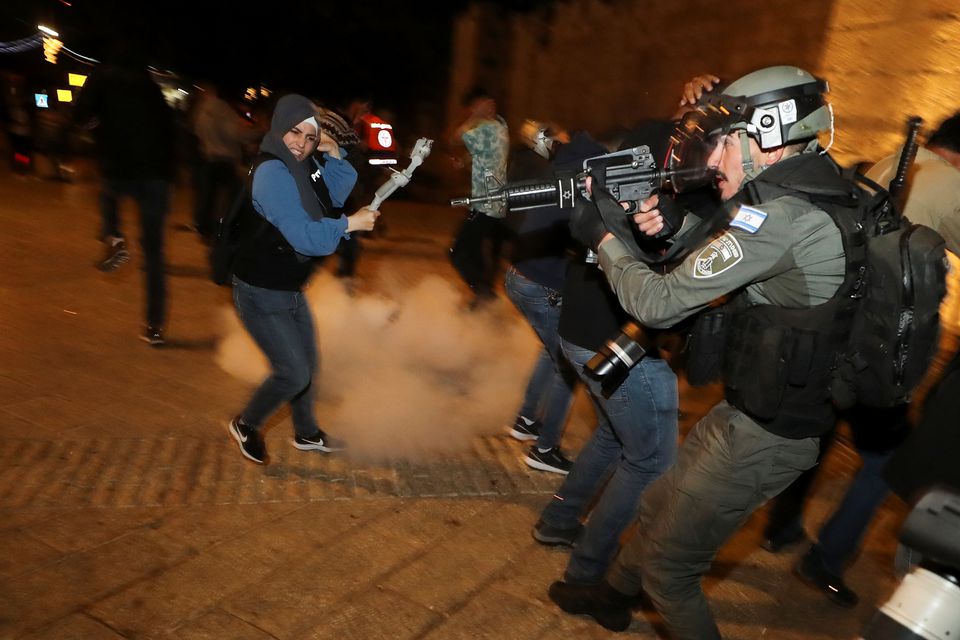 Given that the holy month of Ramadan is supposed to inspire more prayers and charity, such attacks seem grossly out of place.

Prays for peace in the last days of Ramadan

Therefore, mosques under MUIS will be reciting a prayer calling for peace during the last days of Ramadan.

The organisation also urges the Muslim community in Singapore to join the prayer for peace.

Moreover, it highlights credible international humanitarian aids that the public can contribute to, to help those under attack.

Lastly, it expresses support for Singapore’s position regarding the situation — that Israel and Palestine should co-exist peacefully in a “two-state solution”.

Violence is never the answer to anything

As such, much like the international community, MUIS hopes for calm to prevail and that the situation can de-escalate.

More often than not, violence doesn’t get to the root of the problem. Granted, intricacies abound in the longstanding Israel-Palestine conflict.

But the world urges both sides to take a step back and try to resolve issues on peaceful grounds.

After all, fighting hardly results in any meaningful statement, only terror and bloodshed.