Must Share News – Independent News For Singaporeans
Home Inspiration Botanic Gardens Artist Recalls Friend Who Asked Him To Paint There, She... 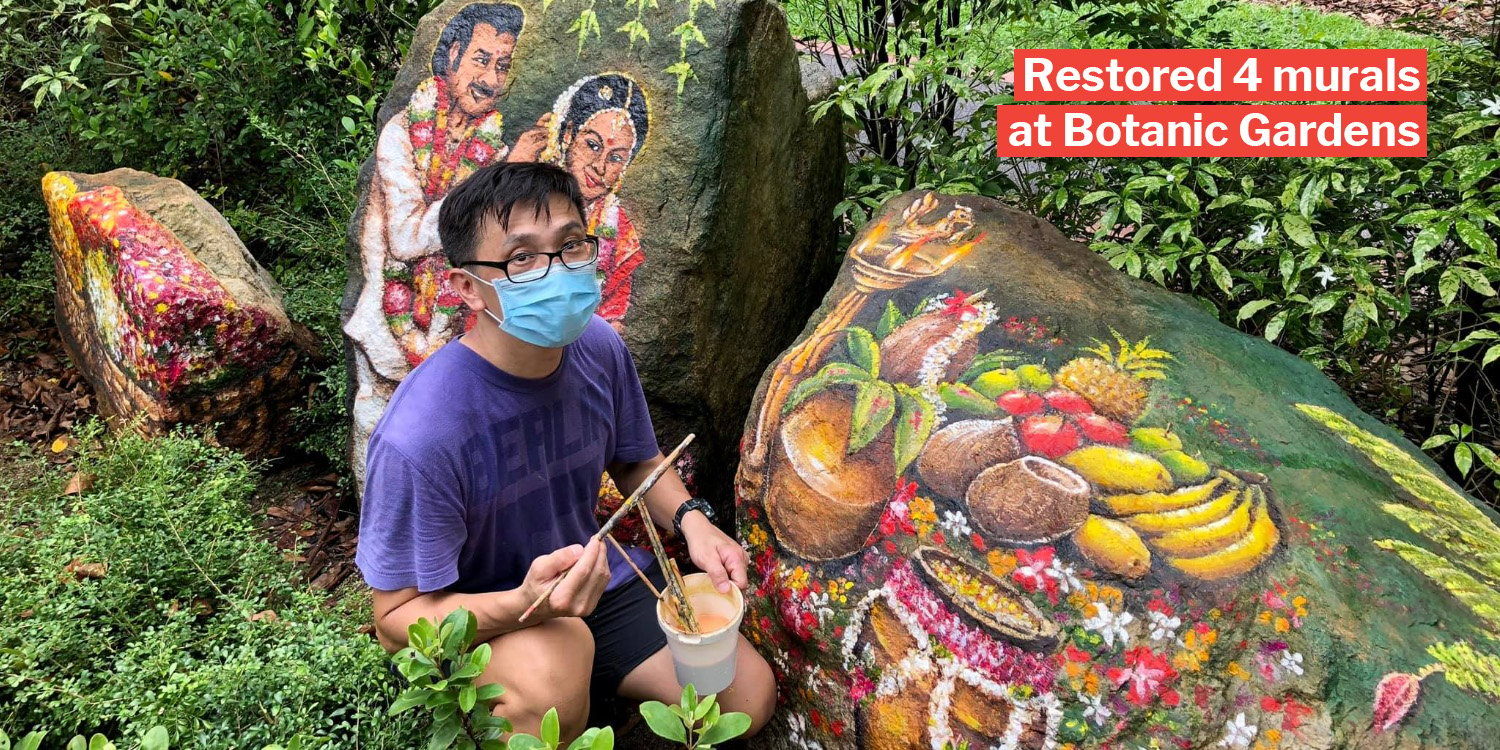 Yip Yew Chong is arguably one of the most famous mural artists in Singapore, having painted numerous murals around the island.

His masterpieces usually depicts his childhood memories and travels. But 4 murals that he painted at the Botanic Gardens in 2018 held special memories and are especially meaningful.

According to Mr Yip, he was commissioned by a cancer patient who happened to be a great admirer of his works. The lady has since passed away.

Last week, Mr Yip spent hours at the Singapore Botanic Gardens touching up on the rock murals. He took to Facebook last Saturday (29 Aug) to share about the “untold story” behind the murals. 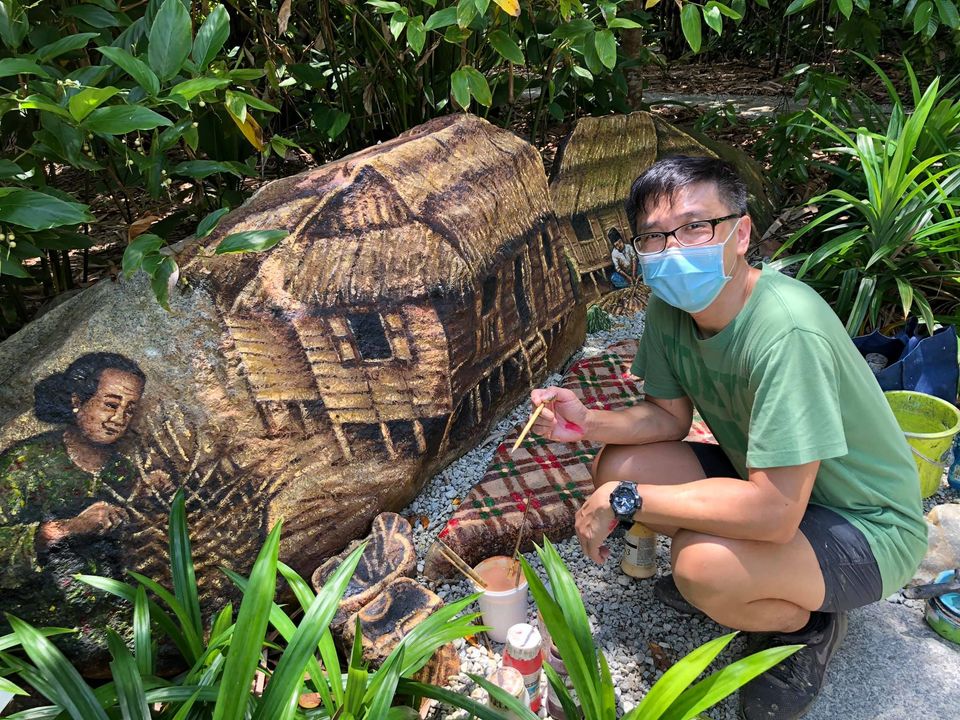 In his post, Mr Yip shared that he first met Ms Serene Koh back in 2015. Ms Koh was apparently a nature photographer and would frequently share pictures of Mr Yip’s painting with him online.

In late 2016, Ms Koh reportedly approached the artist and asked if she could commission him for some murals at the Singapore Botanic Gardens.

The 51-year-old artist found the project intriguing and agreed to the project.

It was later agreed that the murals would be painted on rocks in the Ethnobotany Garden and showcase mankind’s everyday uses for plants.

Despite it being outdoors and exposed to the elements, Mr Koh decided to go ahead with the project and maintain it for as long as he can. Once it reaches a point where it couldn’t be maintained, they agreed that they would stop and let Mother Earth ‘take over’. During a meeting in 2017, Ms Koh revealed to Mr Yip that she was suffering from cancer and that she would have therapeutic walks at the Botanic Gardens periodically.

Yet, Ms Koh reportedly spoke with such “positivity and strength” that he could not tell that she had cancer.

After choosing the rocks, Mr Yip spent 4 weekends painting the 4 rocks, while withstanding the sweltering heat. The Ethnobotany Gardens eventually opened its doors on 30 Jun 2018, and Ms Koh was thankfully there to witness it. She, however, passed away just 6 months later. 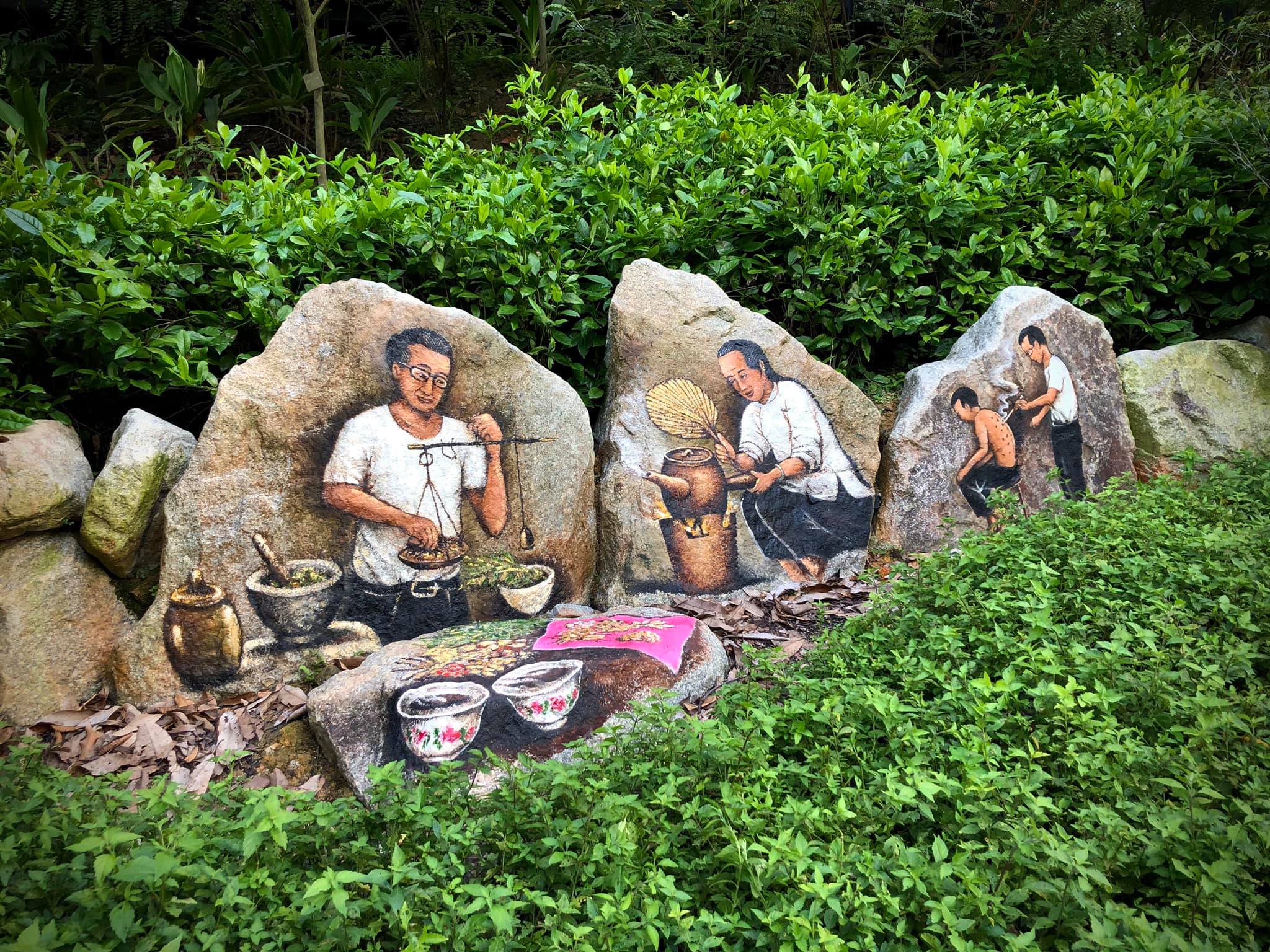 Mr Yip thanked her for being an inspiration and a reminder to stay positive through all situations.

Mr Yip also discovered in his latest restoration effort that the murals appeared to look better preserved than he had expected. 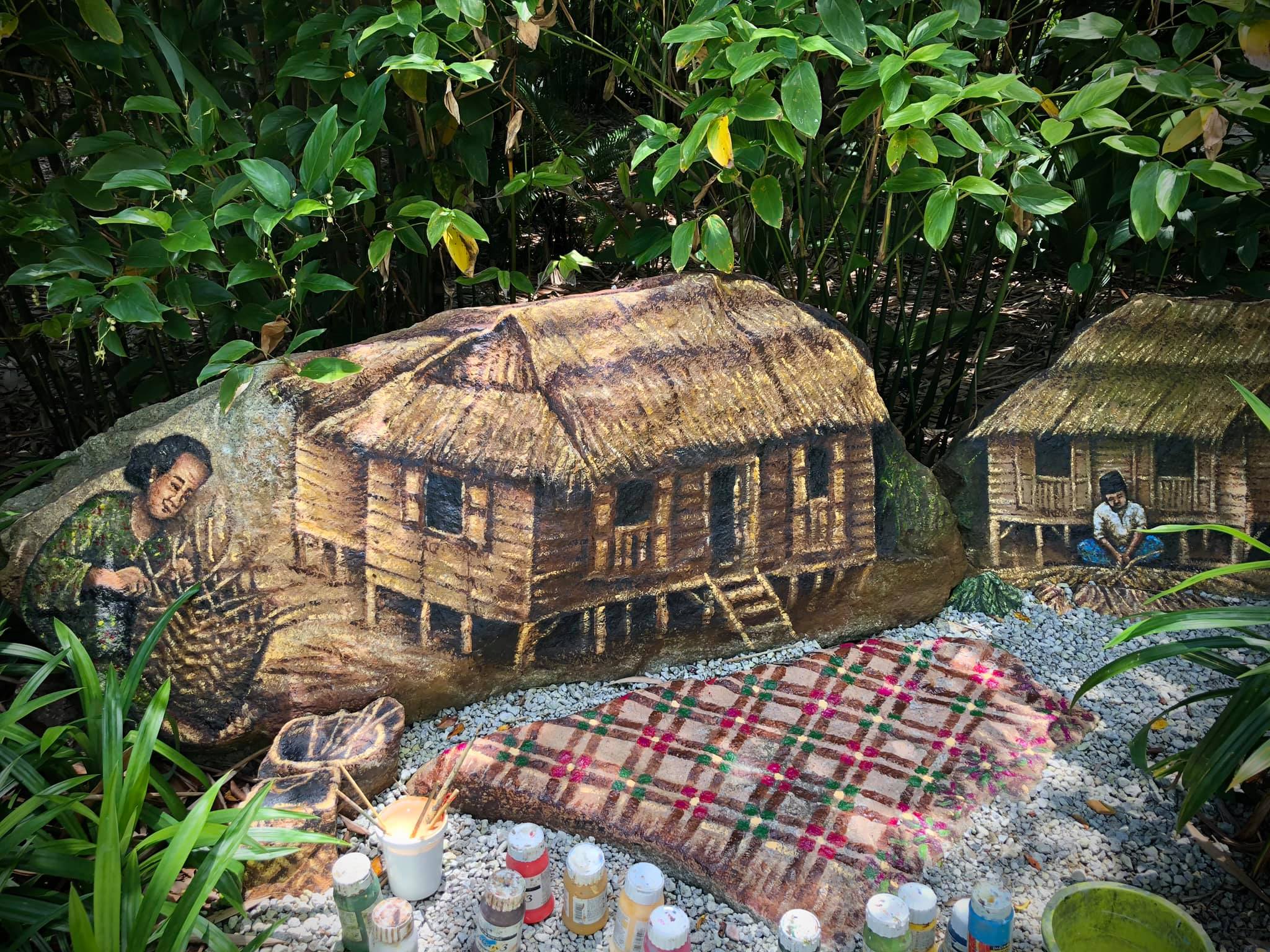 The mural that required the most restoration was the Cultural Mural, as plant sap had accumulated on the rocks and stained the murals yellow. 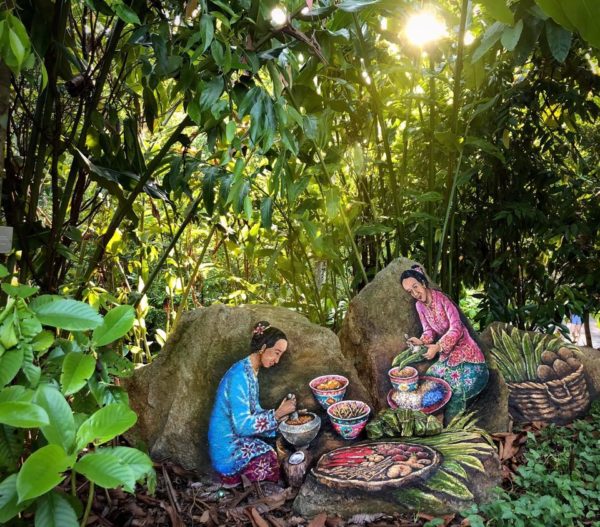 Enjoying the murals from above

It’s certainly heartening to hear about the story of how the Botanic Gardens mural came about.

Judging by Mr Yip’s talents, we’re sure Ms Koh was thoroughly pleased with how the paintings turned out.

Even though she is no longer with us, we hope she had passed knowing that visitors enjoy the murals she had commissioned.

Have you seen the Botanic Gardens murals in person? Share the photos that you took with them in the comments below.