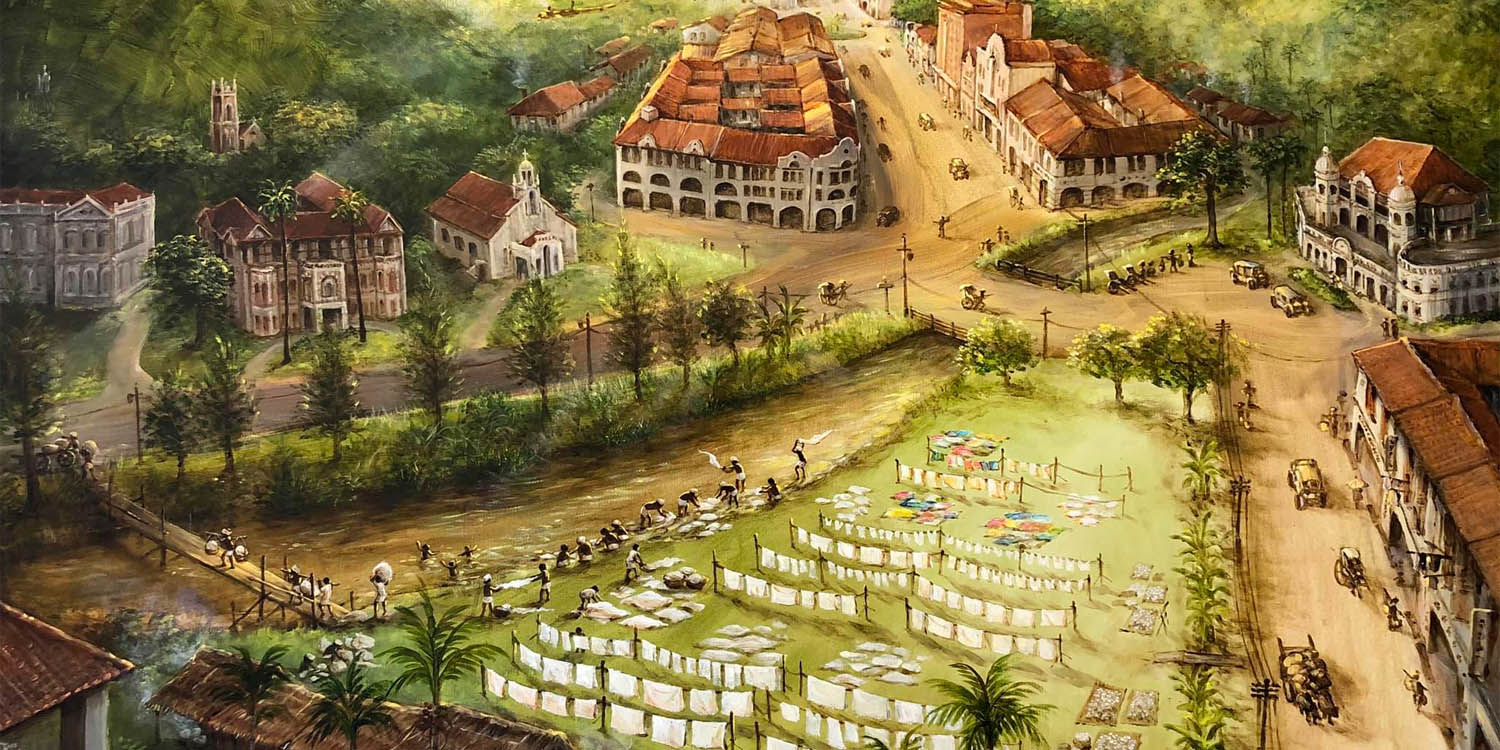 From the Colonial times of Sir Stamford Raffles, to Merdeka and now Covid-19, Singapore has a rich history in its back pocket.

Dhoby Ghaut and its surrounding area have one of the richest histories in Singapore, dating back to the 1800s when Orchard Road was considered the outskirts of town.

Singaporean artist Yip Yew Chong reimagined the area way back then, piecing it together from different eras and creating a whole ‘old’ Dhoby Ghaut from what we know today. 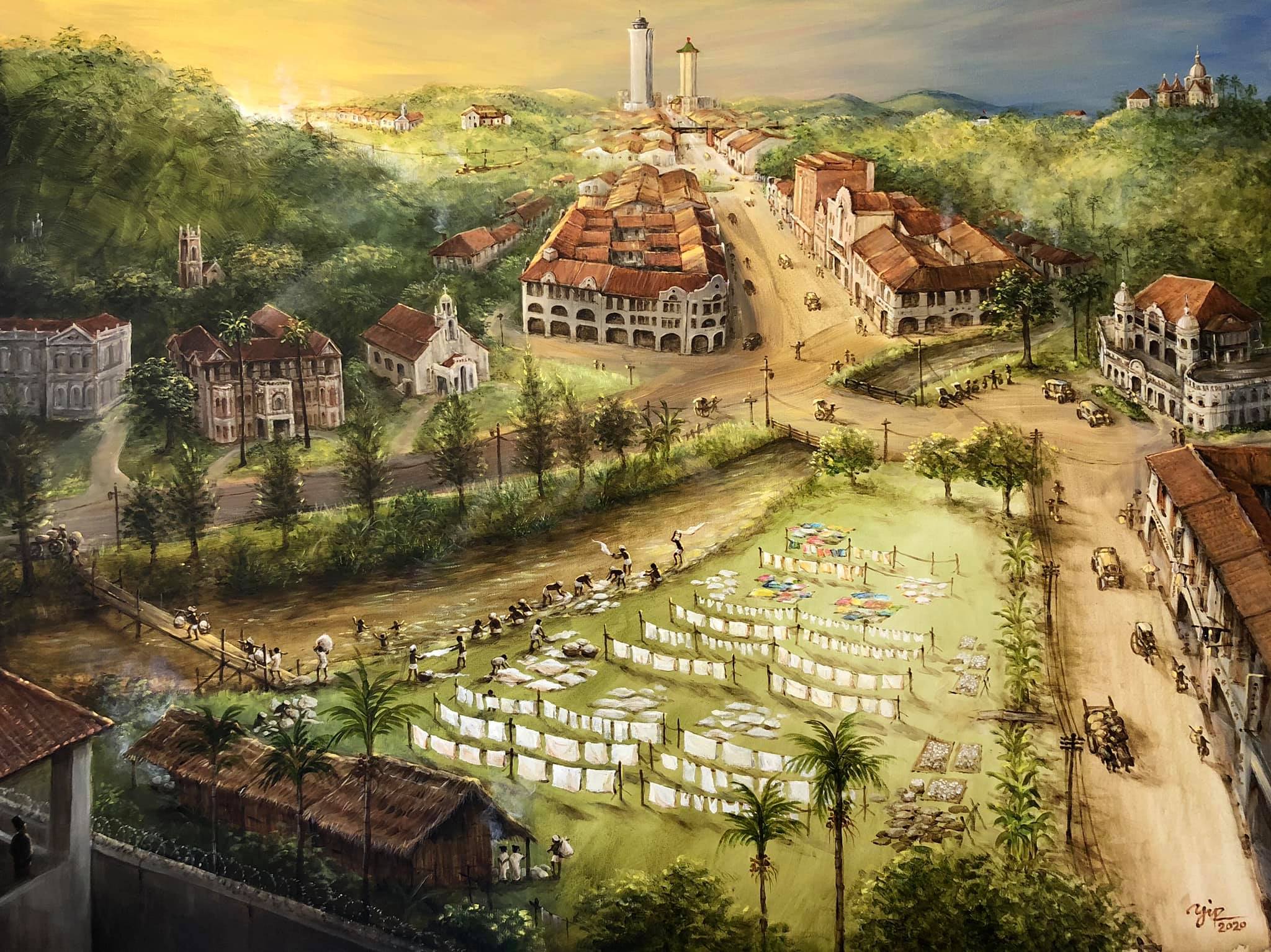 He documented his 5-day process, giving mini history lessons about the area along the way too. 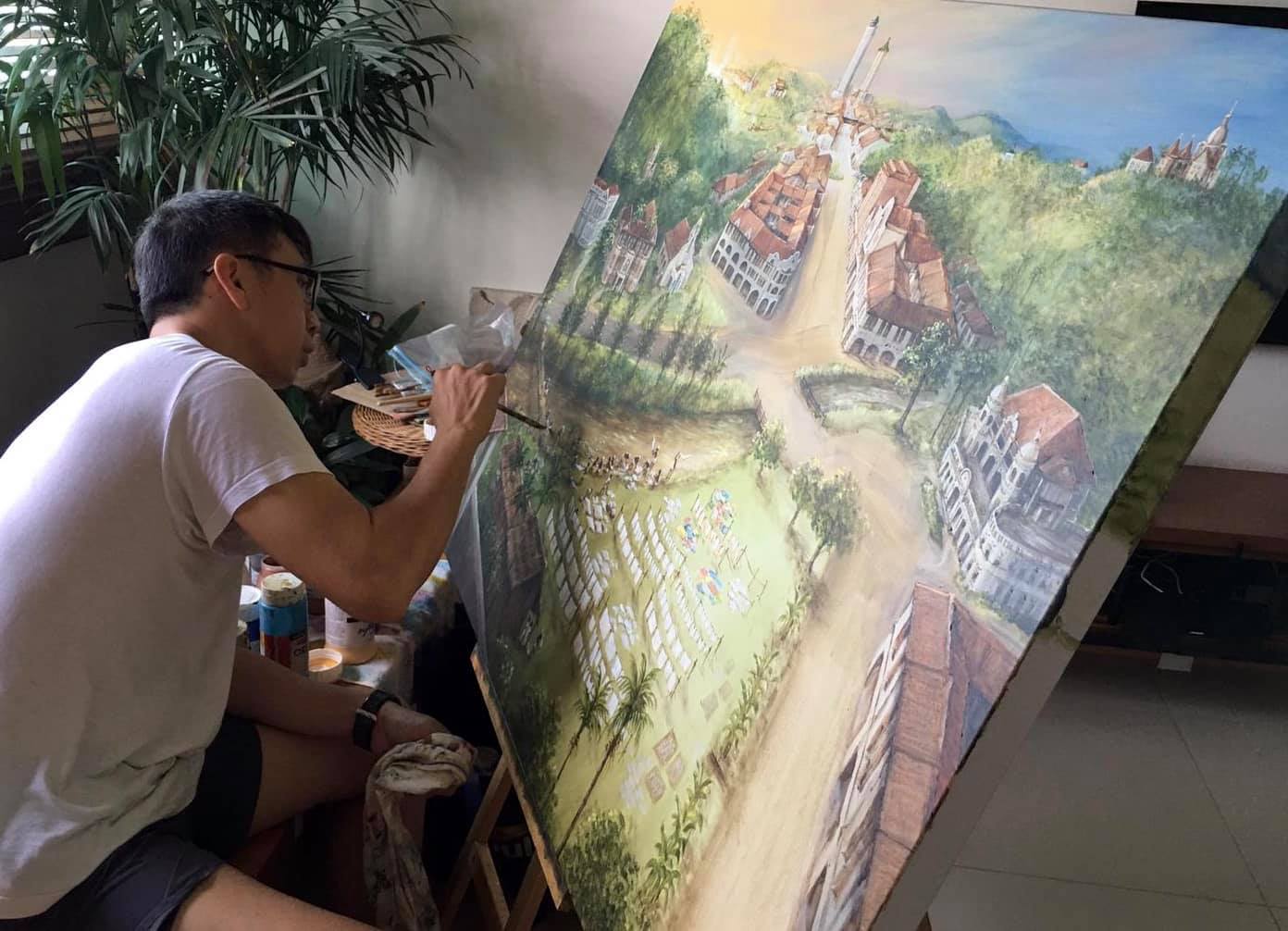 It certainly was well-researched, meaningful piece that captured the flavour and cultures Dhoby Ghaut has been host to over the years.

Pieced his own version of Dhoby Ghaut in a painting

What was first an unidentifiable canvas of green and brown quickly turned into a vivid picture, albeit historically inaccurate. 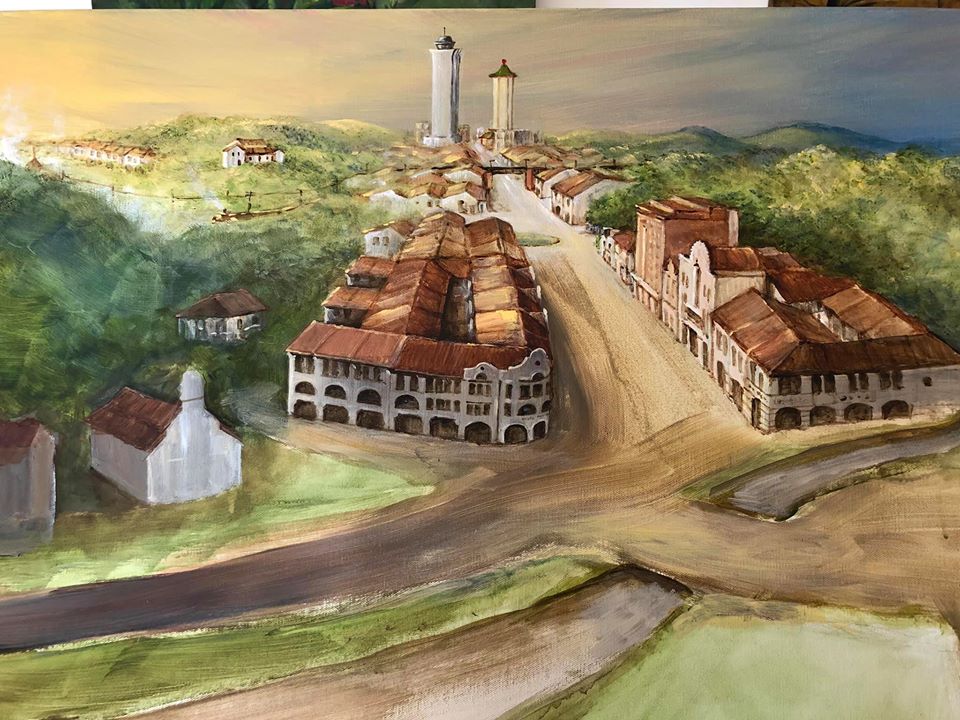 The historical inaccuracy was part of Yip’s artistic vision, as he explained that the painting was a reconstruction of the area over different years.

Juxtaposing the dhoby washermen from the 1800s, Amber Mansions from the 1920s, and MacDonald House that still stands today, he created a piece that emanates an air of nostalgia, though its actually an “impossible scene”.

Mr Yip explained the elements of the Dhoby Ghaut painting as he worked on it, starting with the buildings in the background.

A peek of Orchard Circus – which was done with by 1960 – is visible in the middle ground of the painting, and behind it a railway train track running into Emerald Hill. 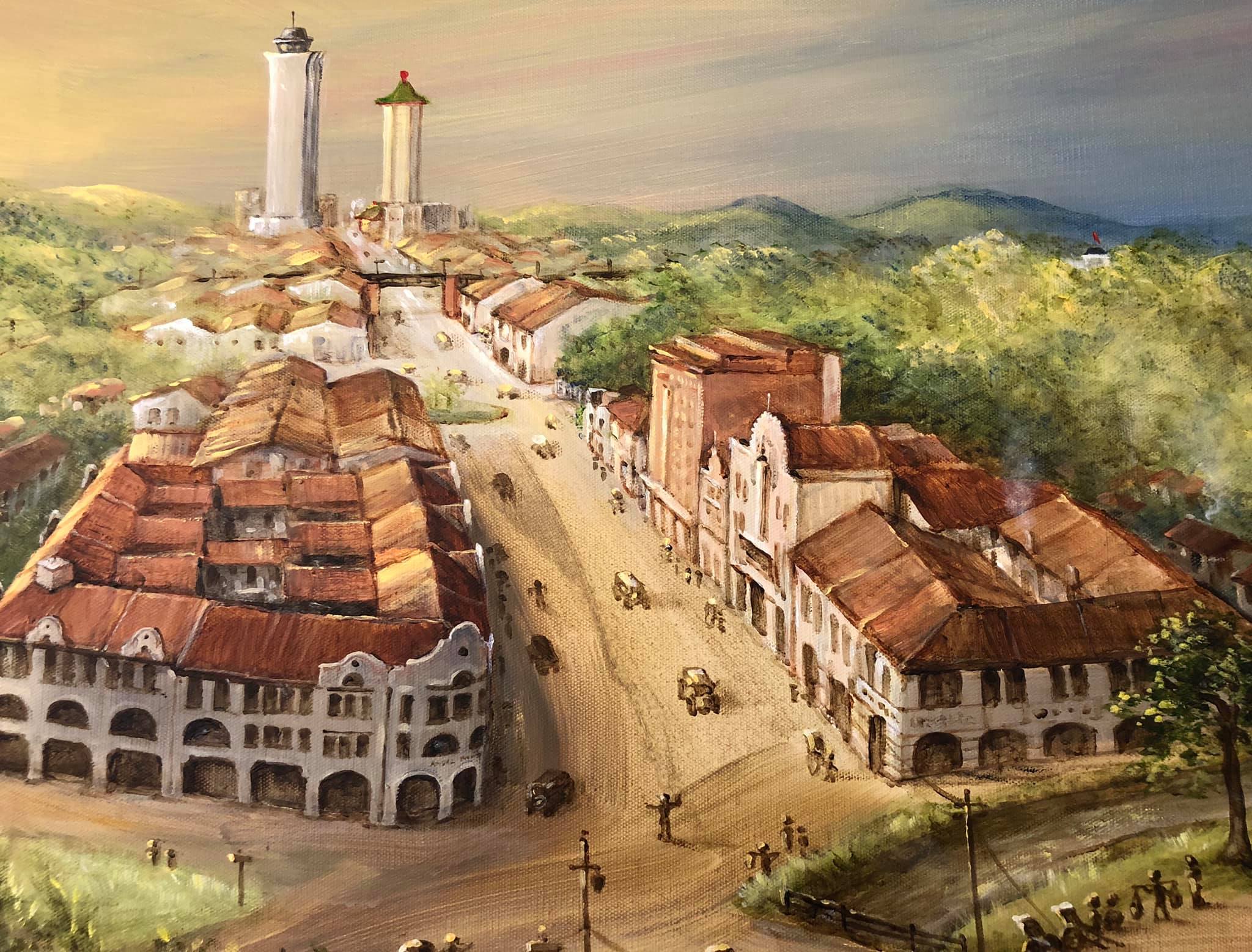 Here we have the Presbyterian Church, the white building at the corner of the road, across from Amber Mansions –a popular shopping centre which was demolished in 1984 to make way for Dhoby Ghaut MRT station.

To their left, we have the National Museum, the old YMCA building, and behind that the Wesley Methodist Church. 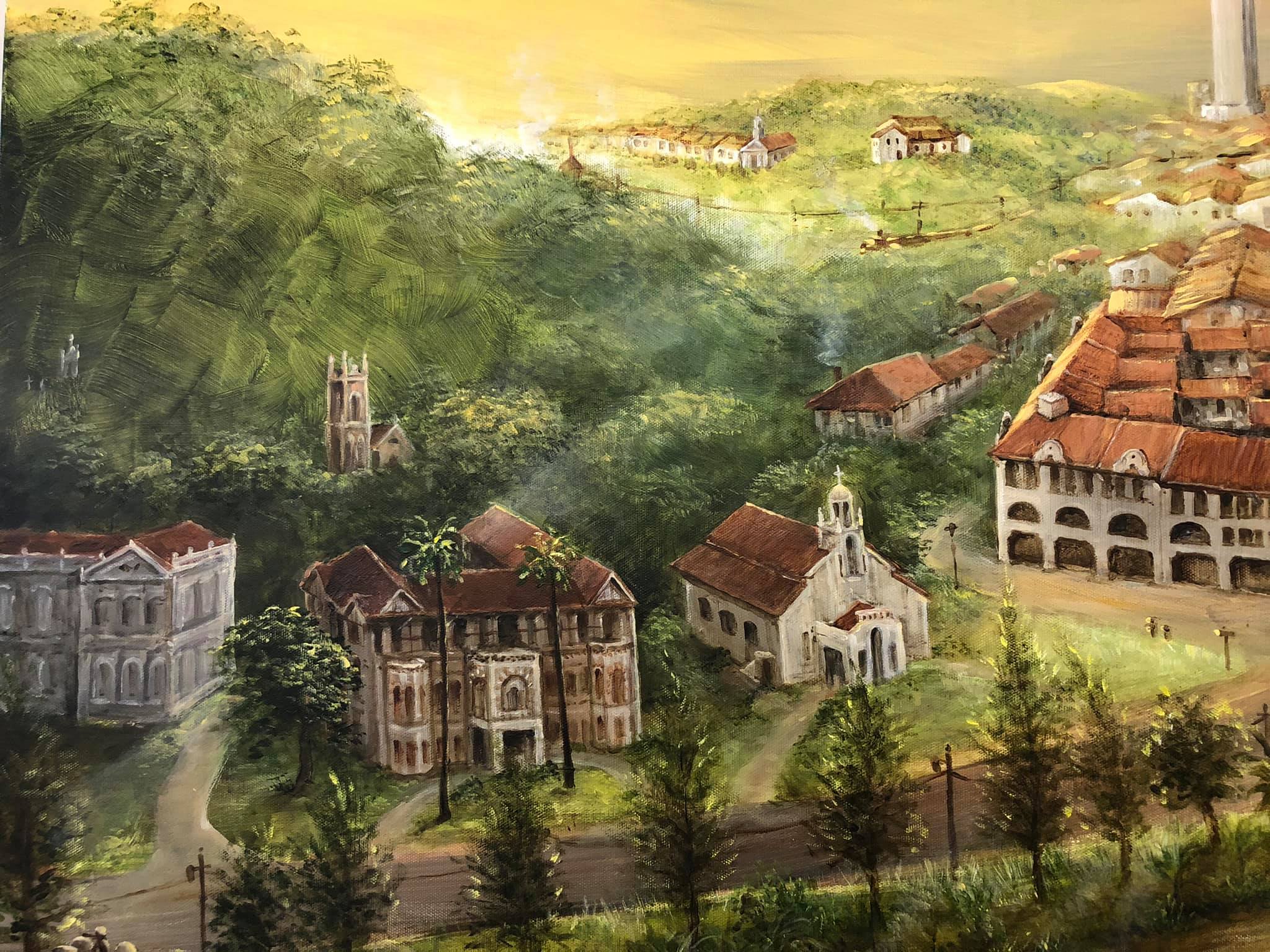 The National Museum, old YMCA building with Wesley Methodist Church behind it,
the Presbyterian Church and Amber Mansions
Source

To the right of the painting we have MacDonald House, the Teo Hoo Lye Mansion in the bottom right corner – where The Cathay stands today – and Eu Villa on top of Sophia Hill.

Teo Hoo Lye Mansion was demolished in 1939, and Eu Villa was cleared in 1981, yet they stand regally in this picture, next to MacDonald House which was only built in 1948. 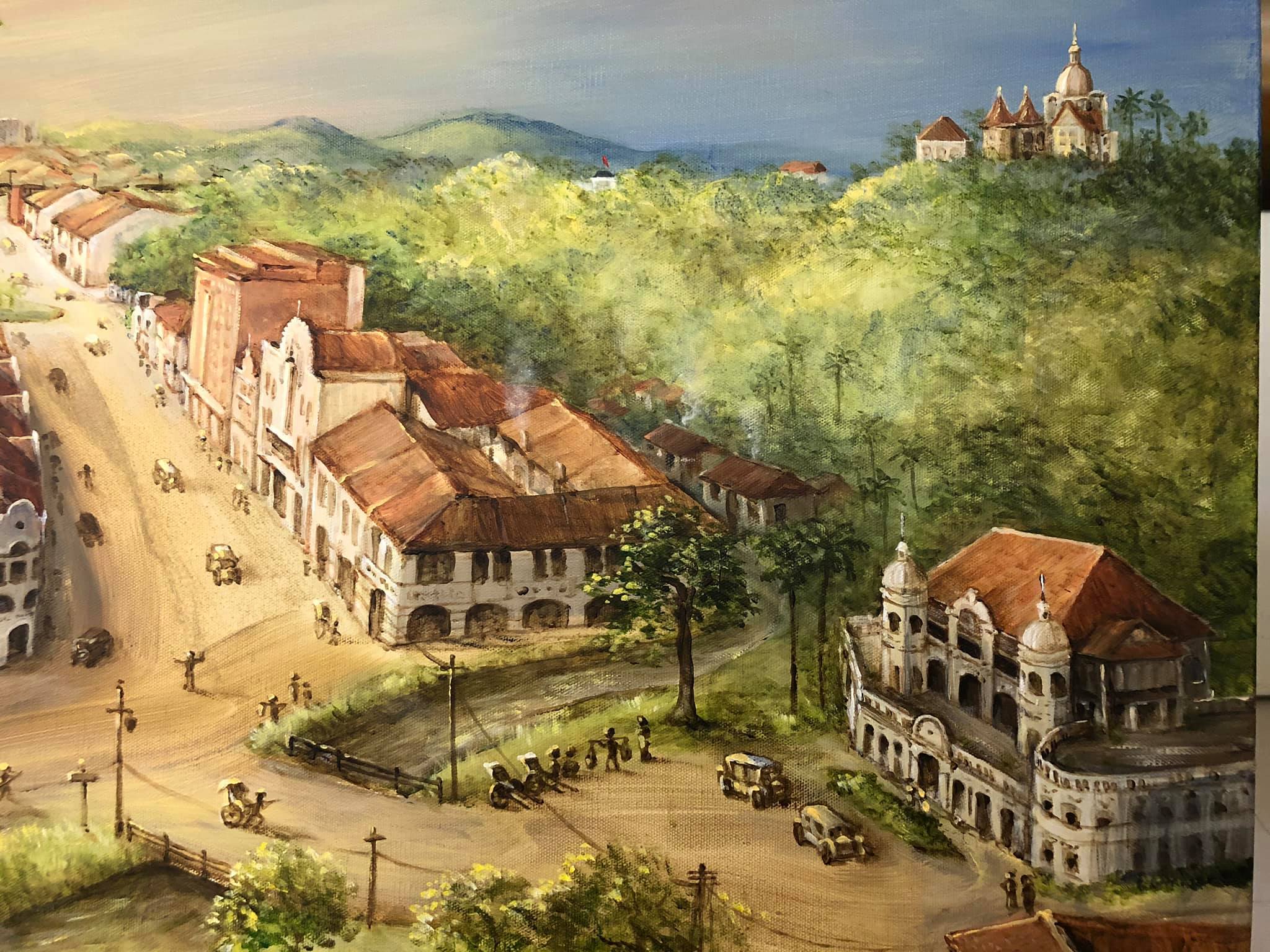 He dotted the large field – which is our present day’s underground Stamford Canal – with the dhobies — Indian washermen hired by the British. 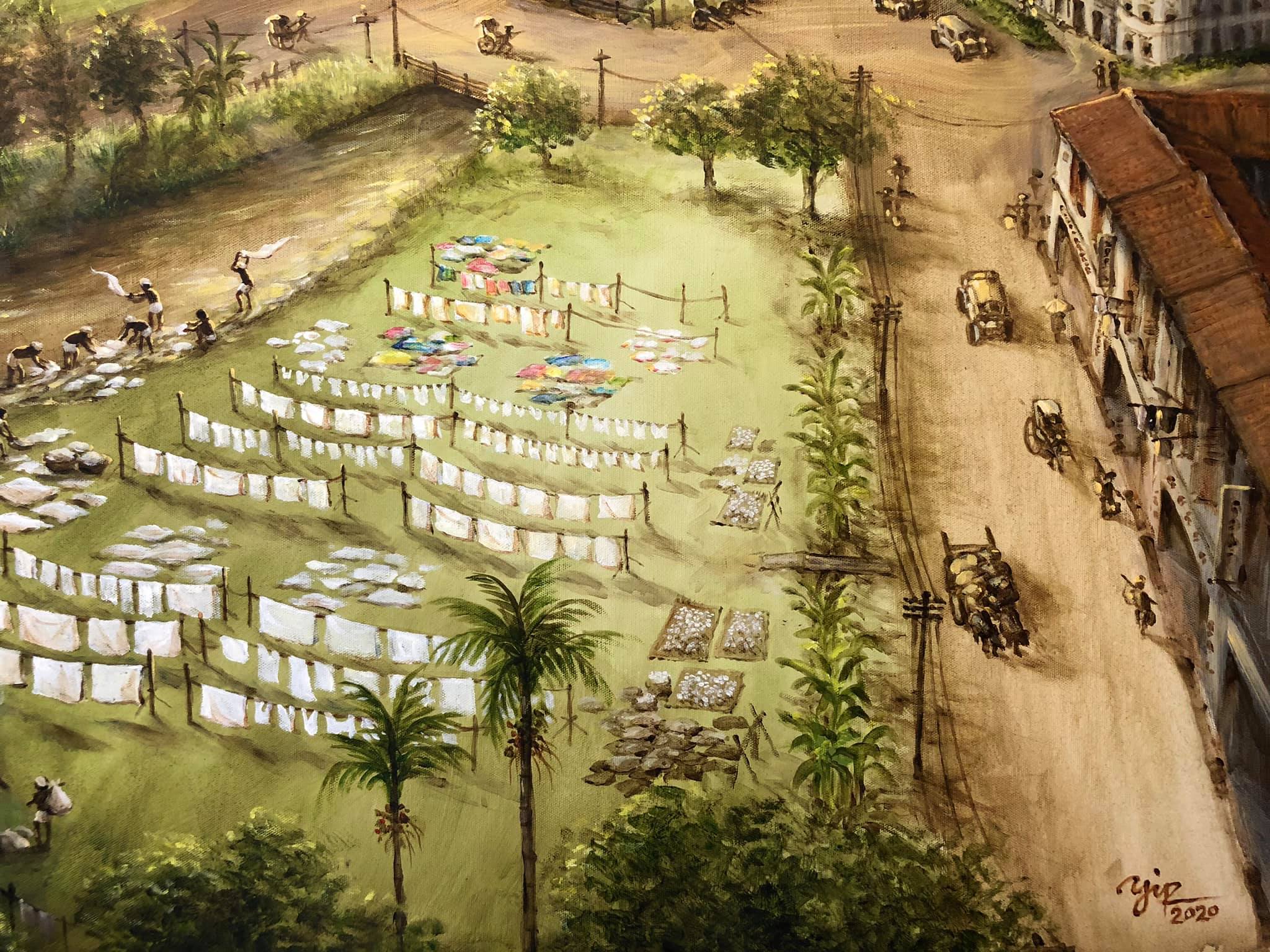 Elements in the painting might have been over a hundred years apart in real life, but they’re been put together harmoniously here, showcasing the bountiful heritage the area holds in just one painting.

Mr Yip related in a Facebook post how he wished to capture the lesser-known stories and bits of history like the railway track running through Emerald Hill to Tank Road, and the dhobies laundering linens at Sungei Brass Bassa in his artwork.

Reimagining the area was a risk, but he pulled it off flawlessly, carefully curating the buildings and sharing insightful snippets of history to complement them.

Clearly, it was an astronomical success, as some netizens even offered to buy the painting off him.

We couldn’t think of a better way to document so many of the area’s chronicles in just a single picture. His painting epitomises the phrase, “a picture is worth a thousand words”.

Dhoby Ghaut these days is where you go for study dates, movies and lots of food.

Mr Yip’s art gave us a literal new vantage point, highlighting its heritage and cultural significance with just his paint and canvas.

At times like now, it’s important to remember our roots and have faith that we’ll bounce back from adversity, just as we did in the past.

It’s our turn now to put in the work just as our forefathers did, and see our country through this storm.