Must Share News – Independent News For Singaporeans
Home News Protest Breaks Out At S’pore Embassy In Washington After S’pore Deports 6...

Myanmar Nationals Protest Against Deportation Of Their Countrymen From Singapore

Last week, Singapore deported 6 Myanmar nationals back to their home country after they were reportedly found using the Lion City as a base to organise support for “armed violence“.

On Tuesday (16 Jul), Myanmarese staying in the United States (US) staged a protest against the move at the Singapore Embassy in Washington. 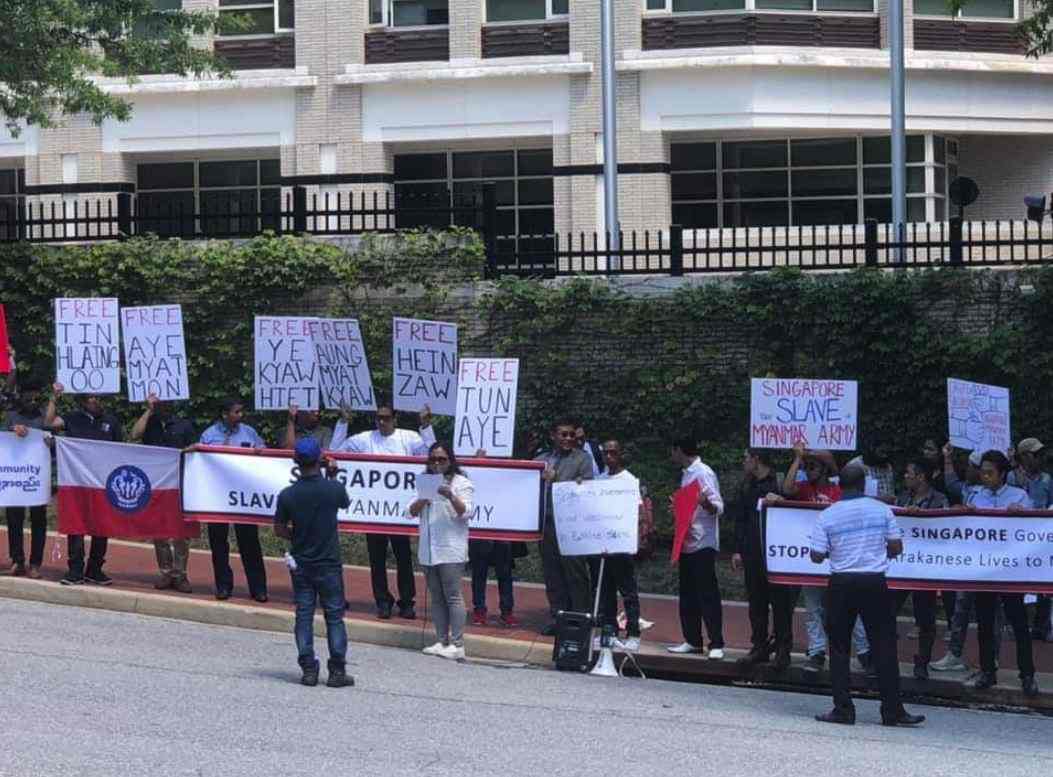 A group of 6 Myanmar nationals, specifically people from Myanmar’s Arakanese community, were deported.

Voicing their objections against Singapore’s decision, the protest outside Singapore Embassy in Washington was split into 2 sessions.

According to Burma News International, the first session took place at 11am and the other at 2pm. Both timings are in reference to Singapore’s time zone.

Messages against the deportation

Pictures online show a group of at least 50 individuals standing outside the Embassy with banners containing messages against the deportation. 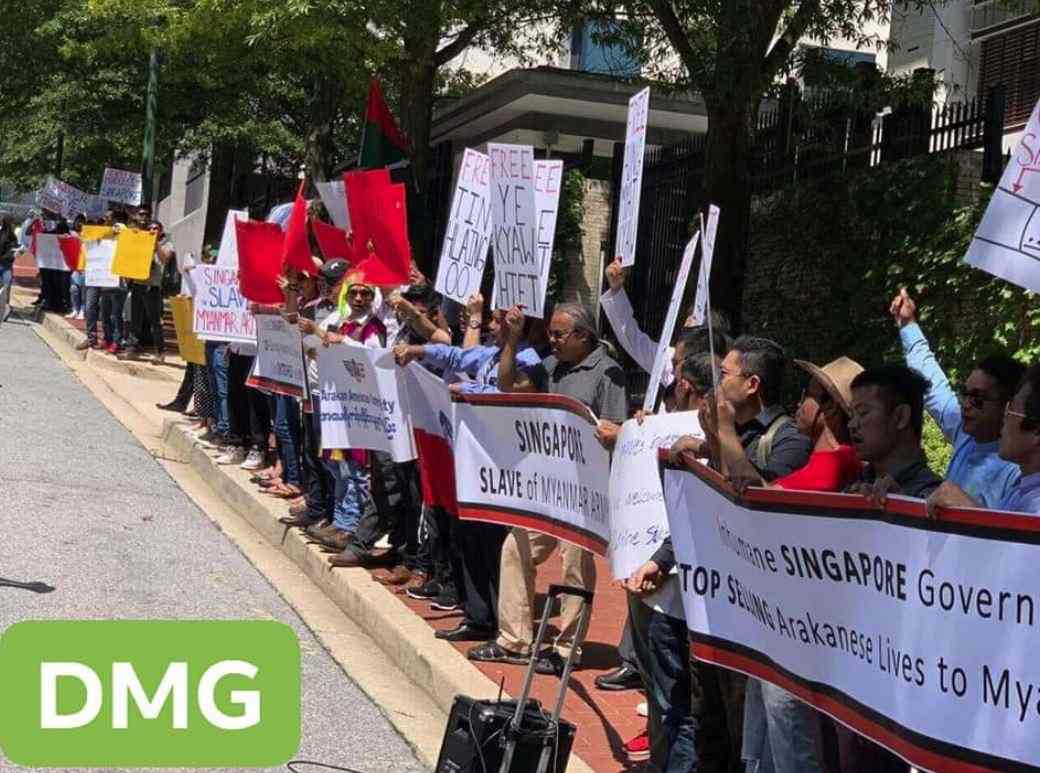 One went as far as referring to Singapore as “the slave of Myanmar Army”,  while another urged the “inhumane” Singapore government to “stop selling Arakanese lives to Myanmar Army”. 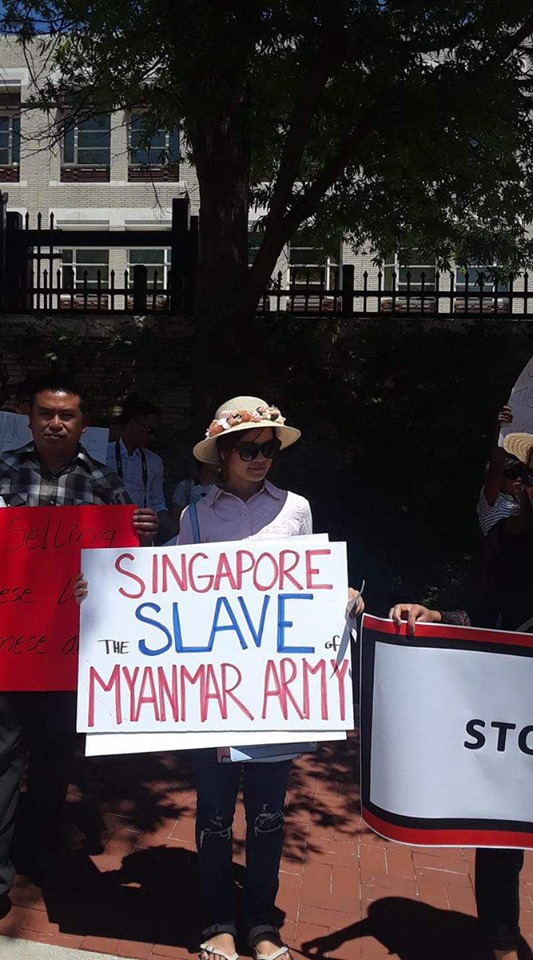 Some even resorted to using loudhailers to voice their unhappiness.

Despite the commotion, the protest appeared rather peaceful, with no signs of violence. 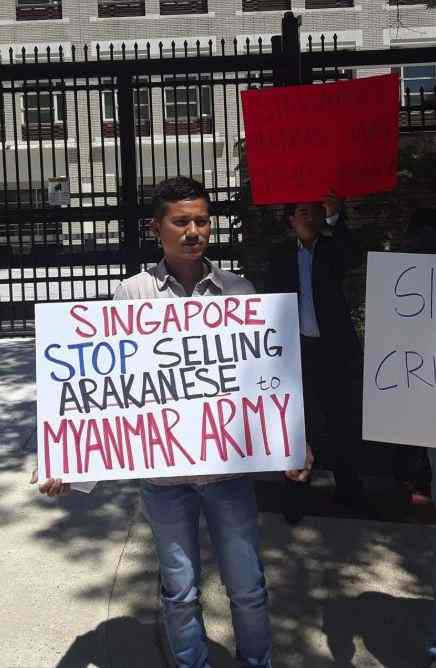 Another protest is set to happen on Wednesday (17 Jul) outside the Singapore Embassy in Japan, according to Burmese News International.

Who are the Arakanese?

So you may be wondering, what is the Arakanese community exactly?

The Arakanese are an ethnic group who mostly inhabit the Rakhine state — a volatile state in Myanmar. 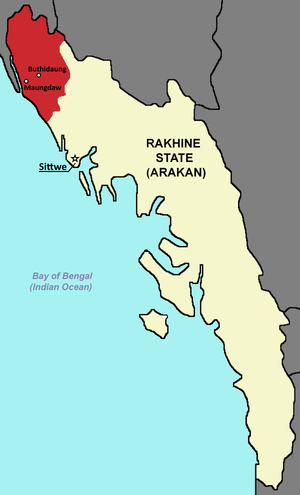 In 2009, the Arakan Army (AA) was formed with the aim of fighting for greater autonomy for the Rakhine state. They have since had numerous skirmishes with the Myanmar Armed Forces.

The AA is designated as a “terror group” in Myanmar.

The demonstration came shortly after the deportation of 6 Myanmar men who reportedly attempted to rally support for the AA among the Myanmar community here in Singapore.

The Ministry of Home Affairs deported the individuals after assessing that they pose a security threat.

Pictures showed the men dressed in military uniforms and holding fake guns at a community centre to celebrate the AA’s 10th anniversary. 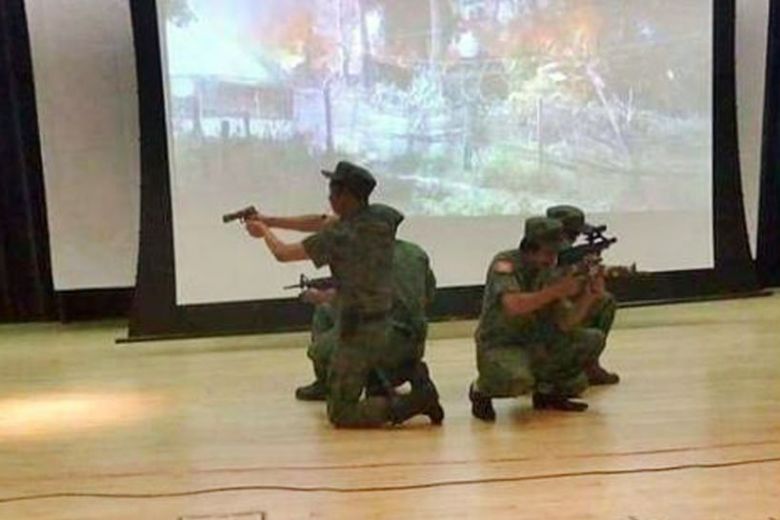 We’ve reached out to the Ministry of Foreign Affairs for a statement on the protest.