2 Birds Gang Up To Attack Another In Sengkang, Netizens Say It’s A Mynah Altercation 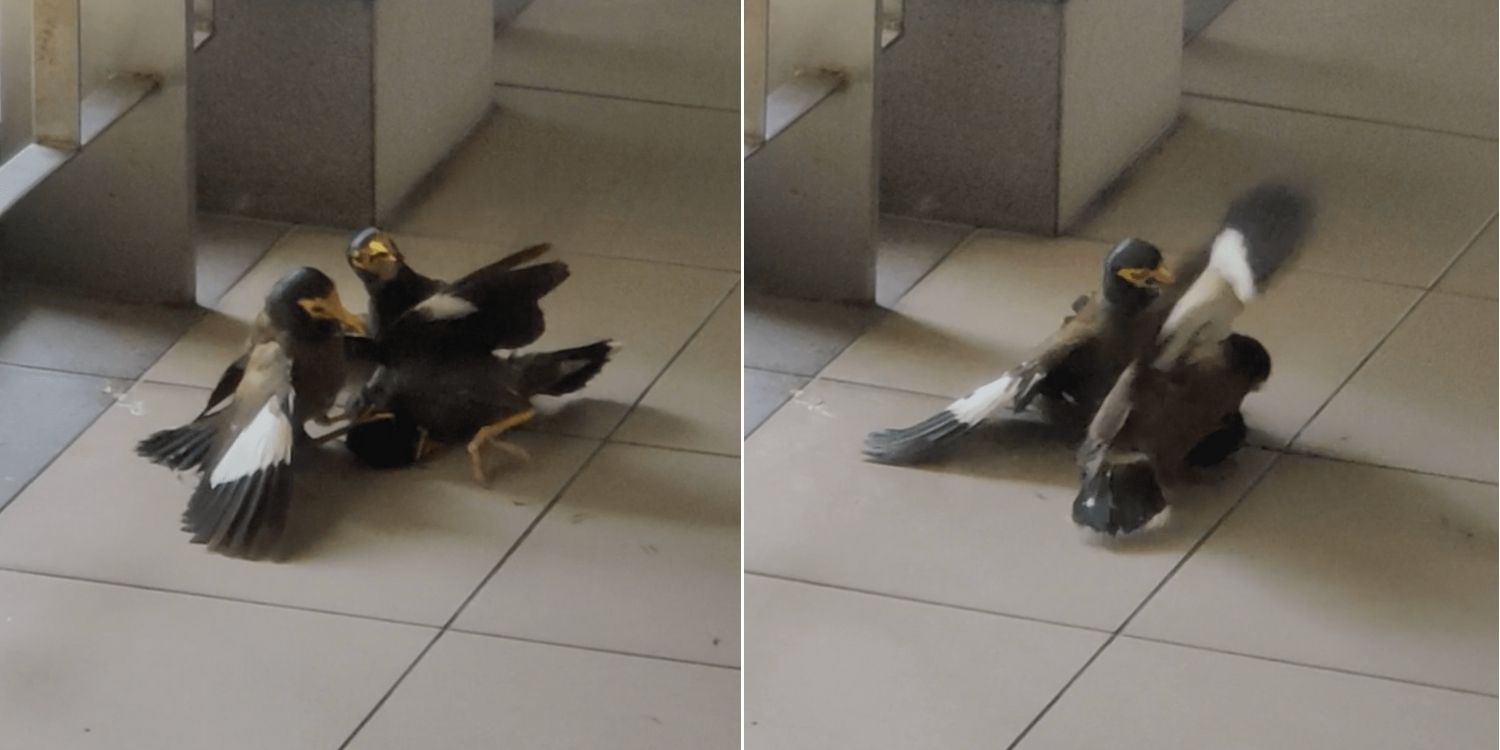 Such mynah fights are quite common.

Walking around Singapore, you’re bound to catch sight of the common mynah.

While we don’t usually bat an eyelid when passing by them, one Redditor witnessed a ‘gang fight’ that he just had to film.

On Monday (26 Apr), he shared a video of 2 mynahs aggressively attacking a lone mynah at Sengkang. 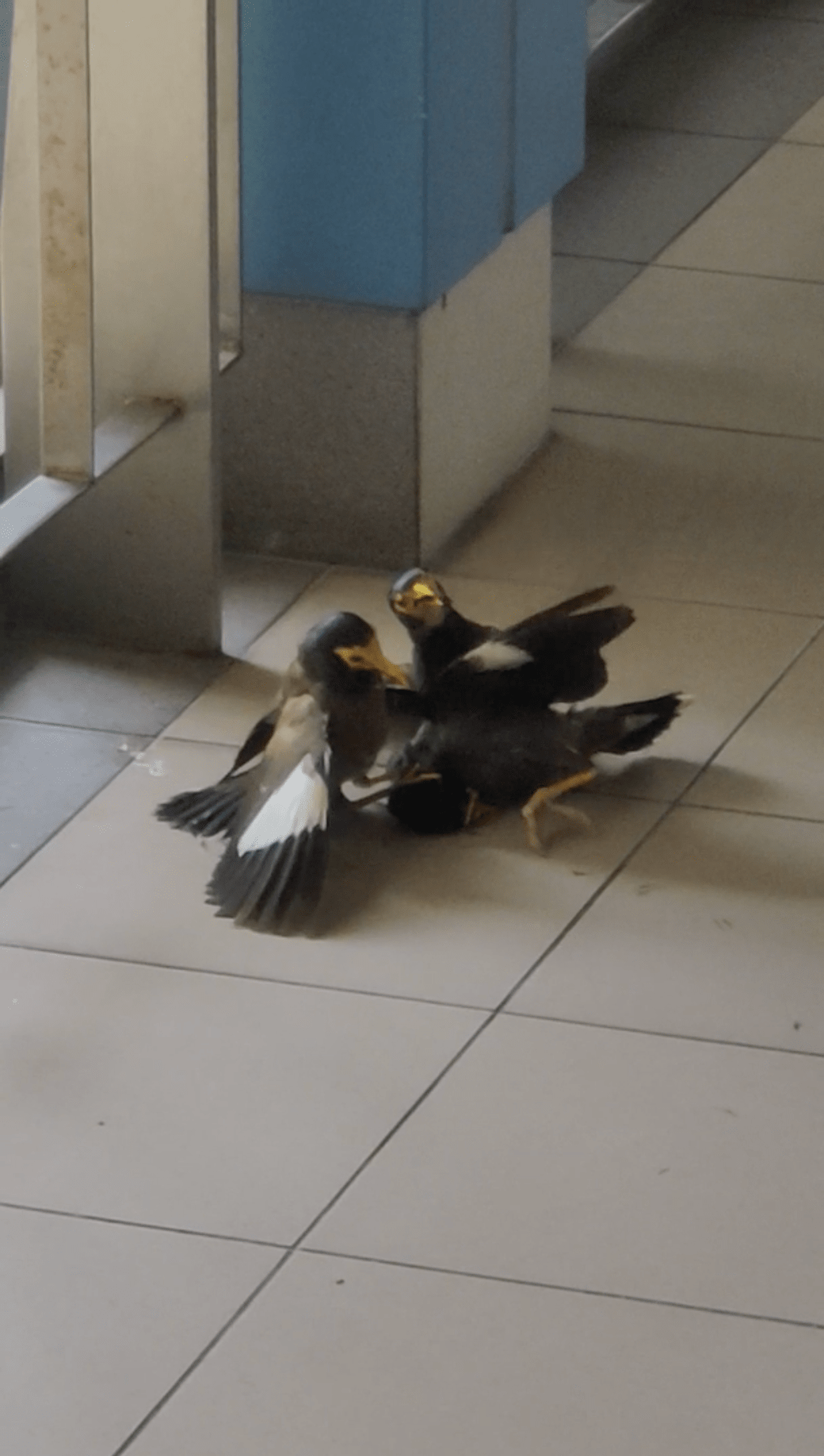 Seeing the video, netizens commented that such fights are actually quite common for the species.

One even pinned down the victim’s head with its feet as the other pecked at it. 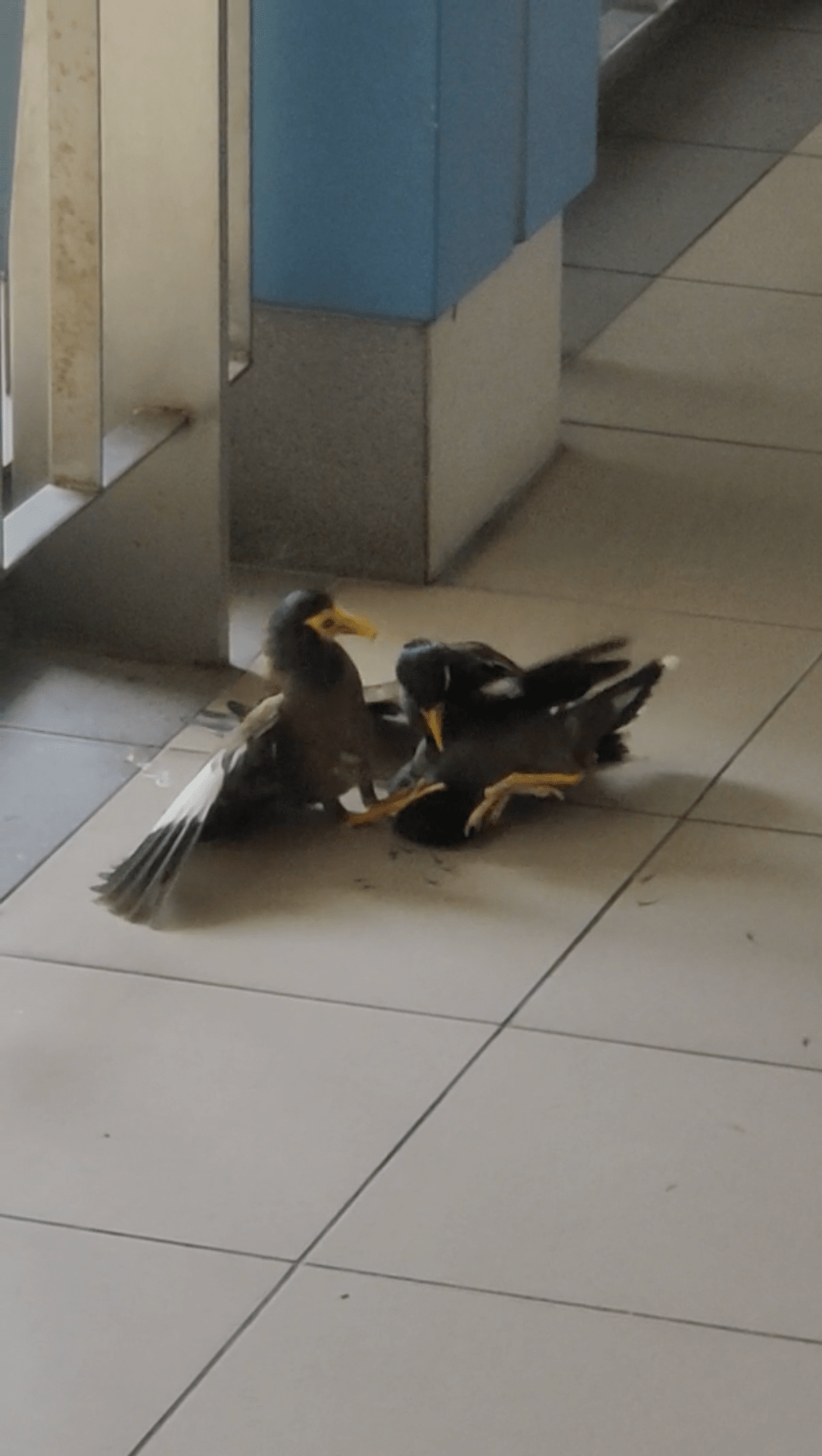 The coordinated attack continued with the 2 mynahs taking turns pecking at the poor bird.

Throughout the fight, loud chirps can be heard from the birds.

The bird pinned to the ground can be seen helplessly moving its feet in a feeble attempt to break free from its aggressors.

The video then cut off in the midst of the fight which showed no signs of abating. 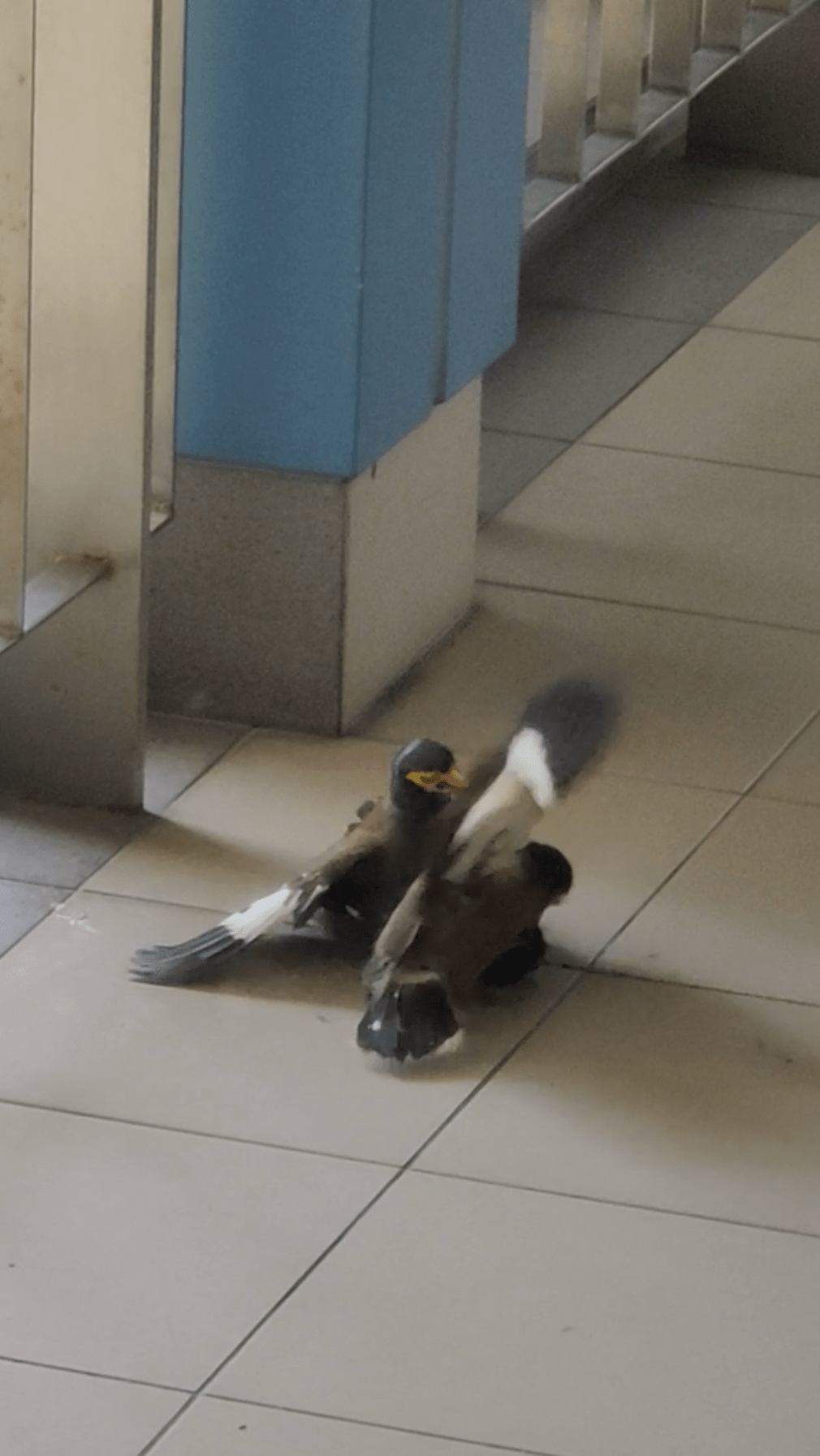 While some netizens were amused by the birds fighting, others expressed that it was no big deal, and just a mynah altercation.

Some netizens also said that such fights are actually quite common.

After analysing the video, this netizen commented that the aggressors are actually common mynahs while the victim appears to be a Javan mynah. 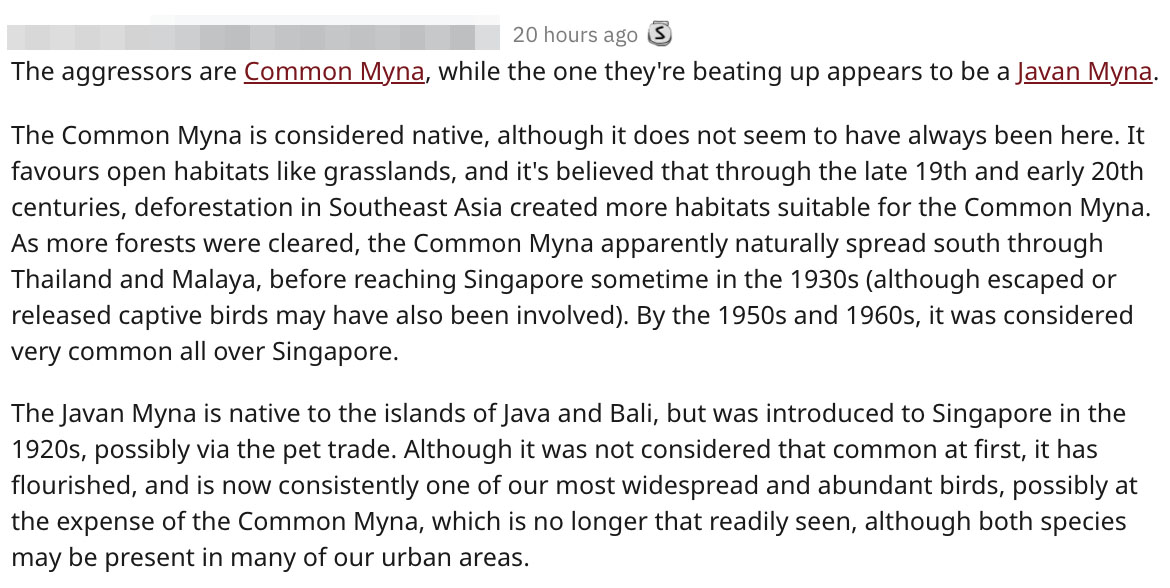 According to some studies, mynahs can get very vicious. Fights are usually territorial or about mating.

And being in a group actually increases their aggression, so ‘gang fights’ are quite common and often end in death.

In fact, these birds are apparently so intense that when they are engaged in battle, they are oblivious to nearly everything around them.

While such fights might be common, it’s not everyday that we get to see it captured on video.

It certainly is interesting to see the interactions between these creatures that live amongst us.

Hopefully in this case, the poor mynah managed to eventually escape without too much harm.