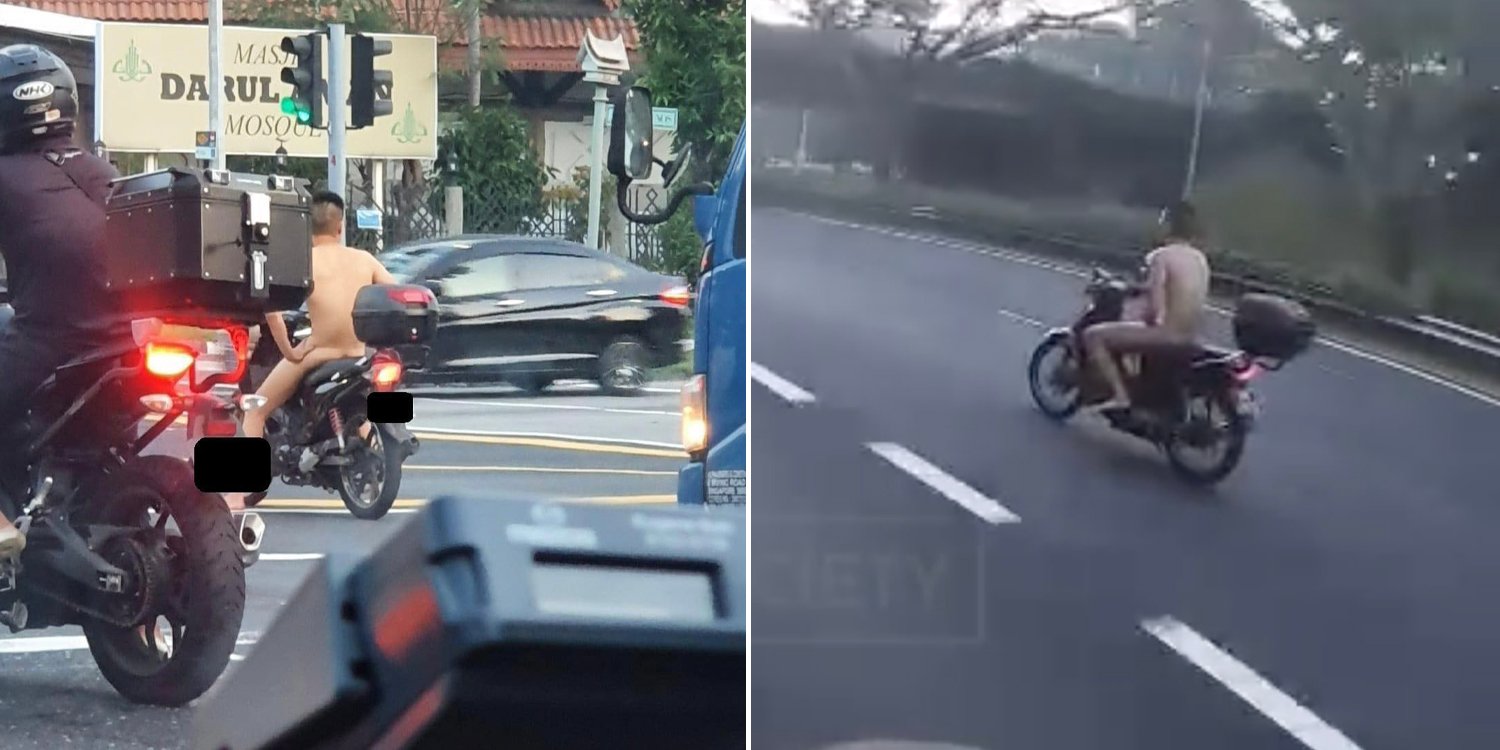 UPDATE (3pm, 11 Jun): A 24-year-old man has been arrested for appearing naked in a public place.

Lately Singapore’s weather has been unbearably warm, leaving many of us drenched in sweat the minute we step out of the house.

Well, one man seems to be taking matters into his own hand and using a rather unconventional method to keep cool whilst on the road.

On Thursday (10 Jun), a motorcyclist was spotted in the Eunos area without any clothes on. 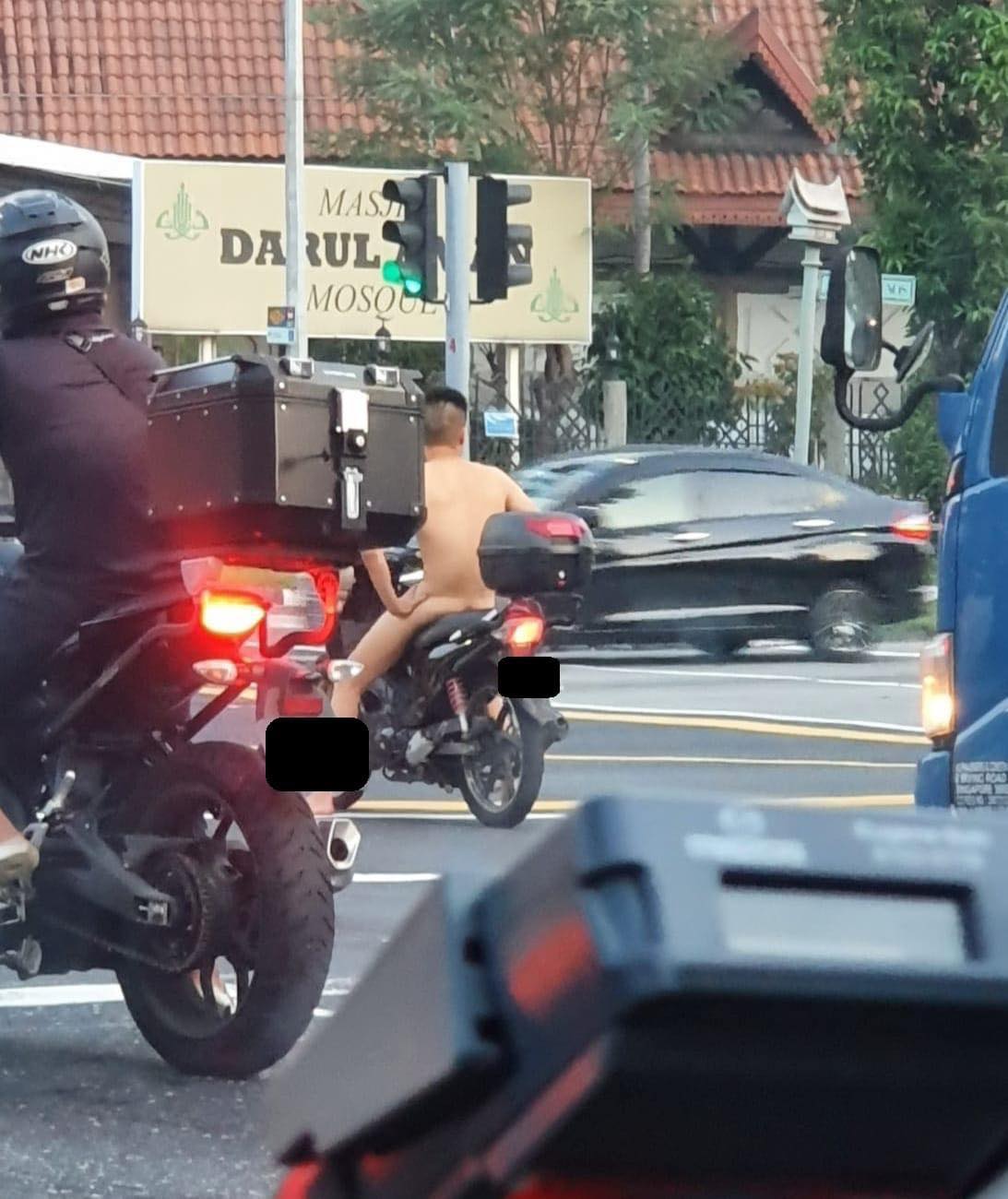 He also made an appearance on the Pan Island Expressway (PIE) towards Bedok.

On Thursday (10 Jun) some road users took notice of a motorcyclist riding naked in the Eunos area.

A photo of him was captured at a traffic light junction along Changi Road, opposite Masjid Darul Aman.

In a separate video, the naked motorcyclist was seen riding on the PIE at high speeds. 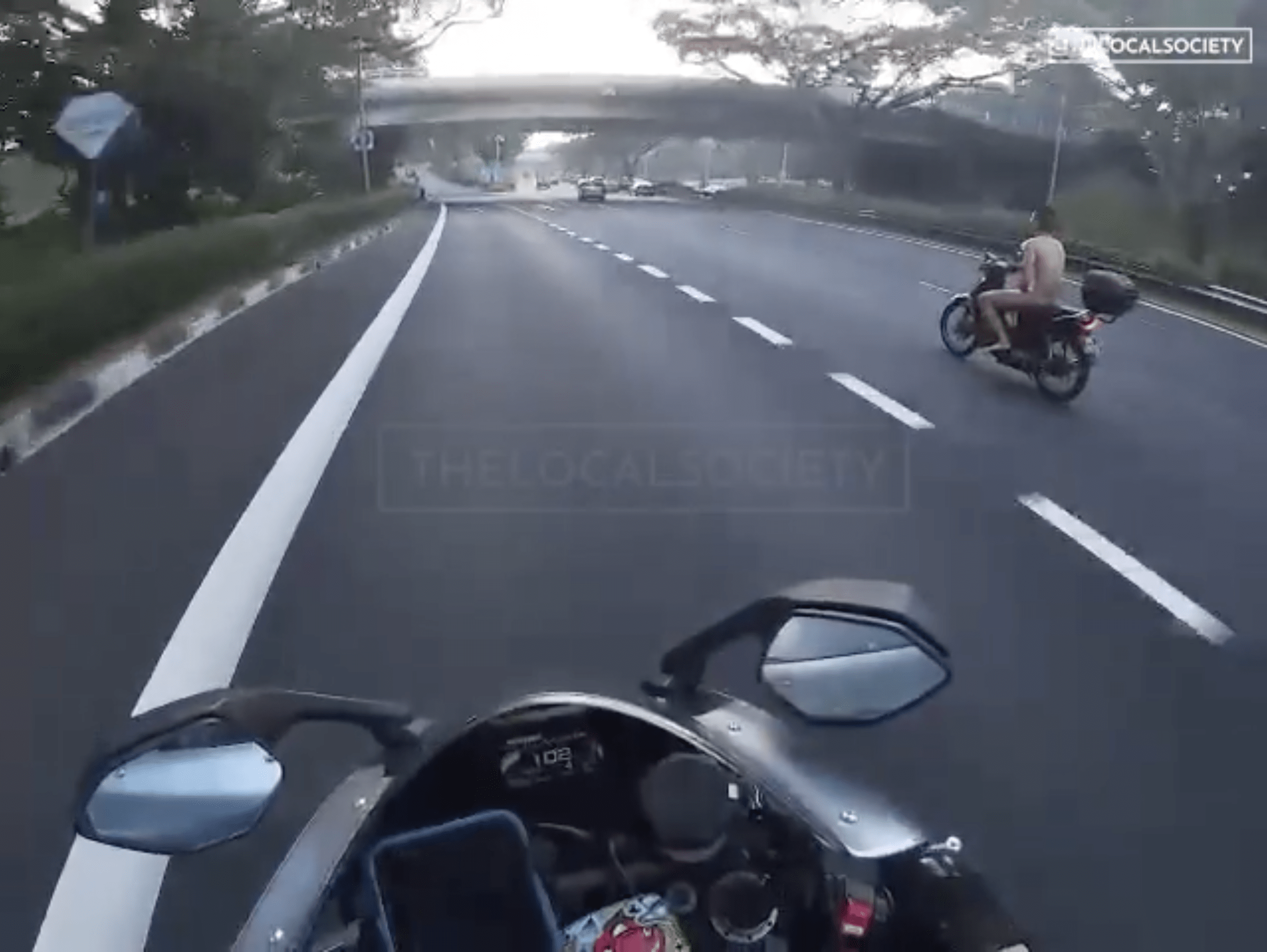 The motorcyclist filming him appeared to be following him.

As they exited via the Bedok North slip road, the motorcyclist’s speedometer stated that they were going at 110km/h.

At one point, the motorcyclist filming gestured to other road users as if to express his disbelief about the naked motorcyclist in front of him.

Eventually, the naked motorcyclist did a U-turn at Bedok North Road.

Netizens joke weather was too hot

Netizens had a good laugh at the bizarre sight, many joking that perhaps the weather was too hot for the motorcyclist.

Some said the naked motorcyclist was in for a really windy ride.

A few others pointed out that even if he wanted to go naked, he should still be wearing a helmet for safety.

Nudity is an offence in Singapore

Here in Singapore, appearing nude in public spaces is punishable by law.

If found to be guilty, the man can be fined up to $2,000 or jailed for up to 3 months, or both, in accordance with the Miscellaneous Offences (Public Order and Nuisance) Act.

So, jokes aside, we hope the man stayed safe throughout his ride and if required, receives the help he needs.