Falling sick, especially at a time when Covid-19 reigns, can be a frightening experience. Many may think the path to getting tested is a long, winding one that will take mind-numbingly long hours. But in Singapore, it took one woman almost 6 hours, sans waiting for her test results.

When the woman, who wished to be known only as Angela, had flown back to Singapore from London on 18 Mar, she was down with sore throat and breathlessness.

The 25-year-old tells MS News her full experience, and how taking a nasal swab test has changed her life forever.

Upon touching down on Wednesday, Angela remembered sleeping her next 2 days away. She recalled feeling that her whole body was fatigued and heavy.

On top of her sore throat, she was also panting. She had gone to see a general practitioner (GP), and was given a 5-day MC to self-isolate and monitor symptoms.

But on the 3rd day, which was yesterday (20 Mar), she felt that her symptoms – mainly breathlessness – weren’t getting any better. Calling her GP, she was asked to go back to the clinic.

An ambulance was called to ferry her to the National Centre for Infectious Diseases (NCID), and that marks the starting point of her experience.

Start of NCID experience: getting into an ambulance at bus stop

The doctor had told Angela to be prepared for a long wait. This was because he had sent someone to NCID before and the person had waited about 8 hours. 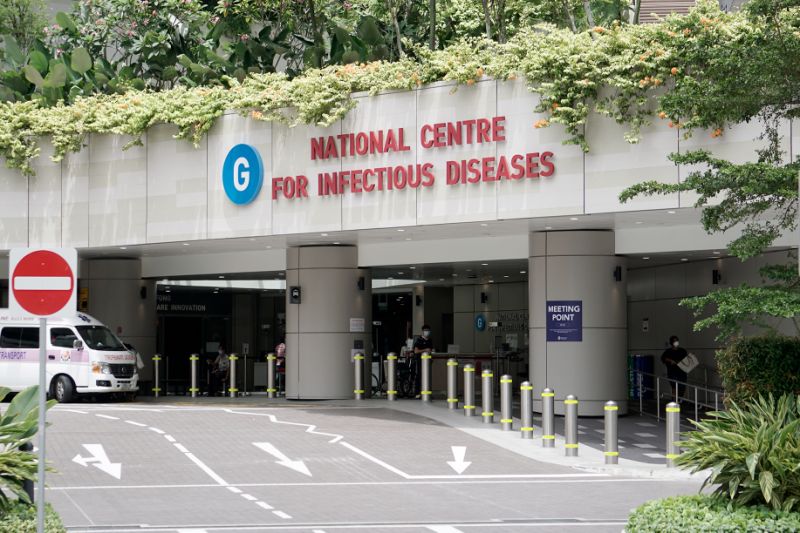 “Then I asked him how accurate are the test results. He said actually, a lot of false negatives. High enough to be worried.

“This is what I’m very very worried about now, to be honest.” Remember this sentence well. You’ll understand why as you get to the end.

Then, Angela’s GP told her to stay put in the room so he can change into a new set of gear and wait for the ambulance with her.

The ambulance arrived after around 30 minutes. She shared candidly,

And the ambulance waited for me at the bus stop, oh my God. Luckily I had my mask on. People flag bus, I flag ambulance.

And she was on her way to NCID.

Thankful ambulance didn’t turn siren on as many people spectated

So, the rest of Angela’s experience happened in the sequence of events below:

Once hospital staff learnt Angela’s travel history, they isolated her immediately and proceeded with her X-ray, as well as blood and swab test. 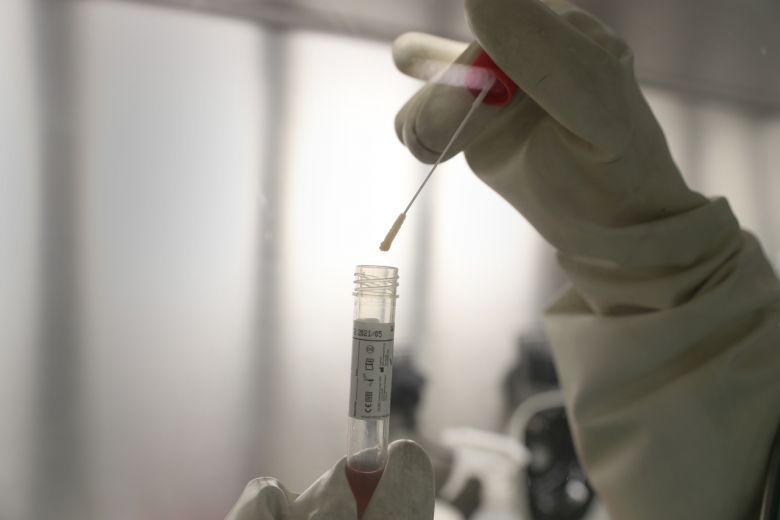 This was where the real trauma started.

When Angela started describing the swab test, she started freaking out. In her words, “I’m more scared of [the test] than Covid sia.”

Before the test they gave me a piece of tissue. Then I was like eh, what’s this for. Then she said if you wanna wipe your eyes or nose after the test.

But, that wasn’t enough for her to prepare for the oncoming trauma. It came like a van slamming into a deer.

Leaning her head against the wall, the nurse told her “try not to move or sneeze.”

Whoa when she stuck the stick in. I was choking. It went so deep, it touched my soul.

They did it for both nostrils, and one of her swabs came up bloody. All the while, she was choking and wished they had put her to sleep first.

And then, the wait continued. Here’s more of what went down.

Finally, a nurse came in to brief her on the situation. “If positive will get results within 24 hours via phone call. If negative, will receive a text within 3 days.” said Angela. All of that, happened well within a 6-hour time frame, as she recalled it was about 9.30am when she got into the ambulance. She left NCID at 3pm.

At the time of writing, Angela hasn’t received any word from NCID. Remember that sentence we told you to remember earlier? You’re about to find out why now.

When asked whether she’s worried about testing positive for Covid-19, this is what Angela had to say,

Actually y’know what? I’m more worried of the false negative than being positive. ‘Cause in the next few days if my tight chest feeling doesn’t go away, my GP will probably ask me go get tested again.

Remember why she was very worried earlier? Yep, false negative rates are high, as informed by Angela’s GP.

So. The freaking swab test.

Now that places us in an awkward position as we’re unsure whether to hope she’ll get a positive test, or negative. To this, Angela laughed. “Let’s wish for a true negative la.”

Why, of course. All seriousness aside, it’s nice to see Angela maintaining her sense of humour, as evident from her candid responses above.

As we wait for her results, here’s to wishing Angela a speedy recovery. And more importantly, may she never have to go through a nasal swab test again.

Disclaimer: Please don’t be discouraged from going down to NCID. Angela’s experiences were most likely due to a lower pain threshold.

Featured image adapted from The New Paper and NCID.