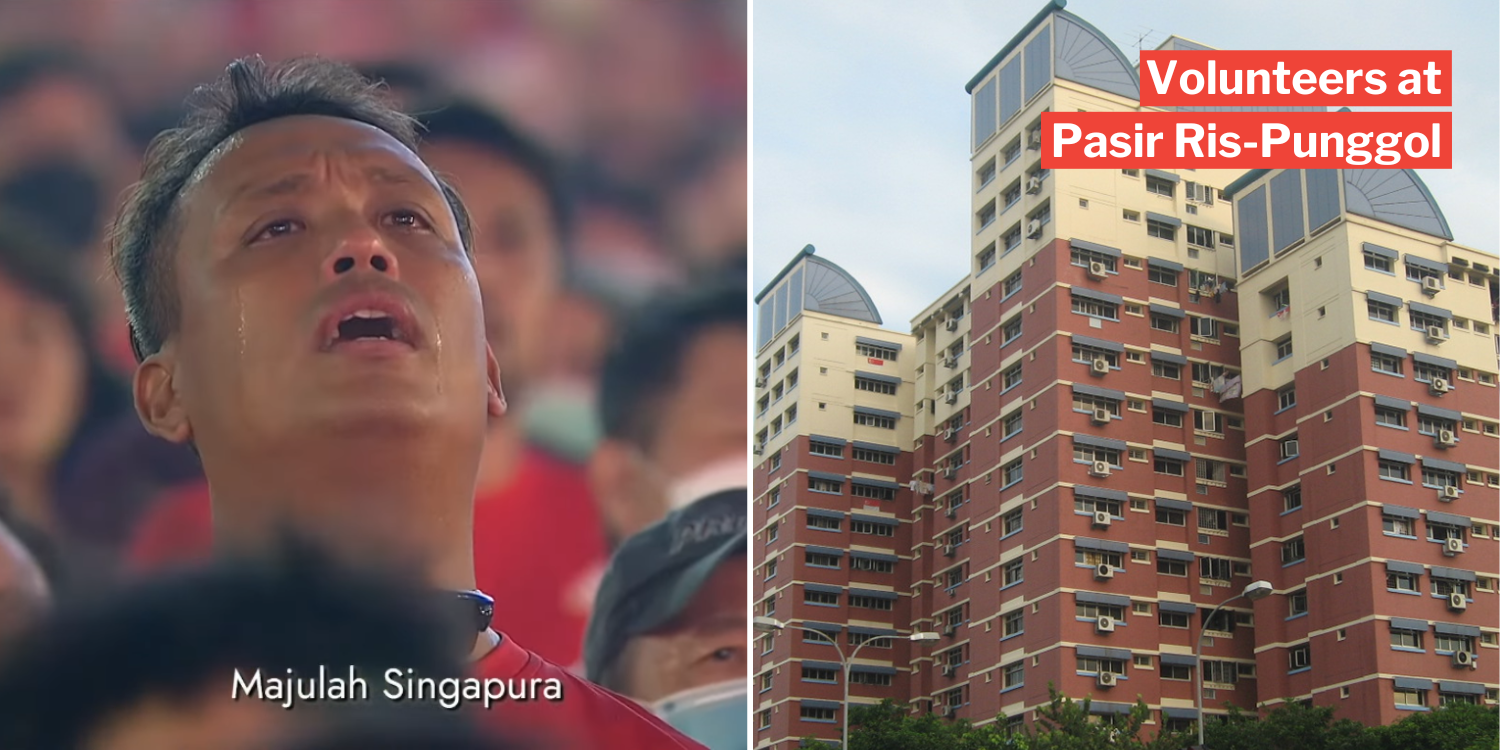 He is also a secondary school teacher who received a Commendation Medal in 2019.

Crying Man At NDP 2022 Is A Volunteer & Secondary School Teacher

By now, most of us have probably seen the image of a man at the National Day Parade (NDP) tearing up as he sings the National Anthem.

Almost as soon as the scene was broadcast live, it became an Internet sensation, spawning memes across social media.

Naturally, it was only a matter of time before this Singaporean son’s identity was uncovered.

As it turns out, the man crying at the NDP is a volunteer at Pasir Ris-Punggol who helps families in rental flats.

He is also a secondary school teacher and was awarded a Commendation Medal in 2019.

On Tuesday (9 Aug), he posted a screenshot featuring the man, calling it ‘one of the iconic images of #NDP2022’.

Shortly after, Pasir Ris-Punggol MP Sharael Taha revealed that man to be Azuan Tan, a “passionate volunteer” who assists families in rental flats.

M3, according to its website, is a collaborative effort between three key community institutions – Islamic Religious Council of Singapore (Muis), MENDAKI and MESRA.

Following MP Sharael Taha’s revelation, Mr Wong replied that he was “glad to hear that” and gave Tan, as well as volunteers in general, kudos.

Even more impressively, he was awarded the Commendation Medal in 2019 by the Ministry of Education.

Tan’s moving display of emotion has even caught the attention of local radio station Power 98.

MP Sharael Taha came through once again, commenting below that he can get both parties in touch.

Man says people behind NDP deserve more attention than him

Tan told ST that his emotional reaction was his way of showing appreciation to everyone who played a part during the Covid-19 pandemic.

“I have a lot of respect for everyone who contributed during the Covid-19 pandemic — nurses, doctors, front-line workers, and educators,” he said.

He did not expect his crying to generate this much attention, saying that those who put the NDP together deserve more attention than he does.

Interestingly, his wife and three children who were with him at the NDP did not know he was crying until his photo went viral.

Image of man crying gives a new face to patriotism

After everything we have been through in the past two years, patriotism has taken on a deeper layer of meaning.

Tan’s image lends a new face to patriotism, one that acknowledges our shared hardships and efforts in overcoming Covid-19.

We commend him for all the hard work he has poured into our community to make it a better place.