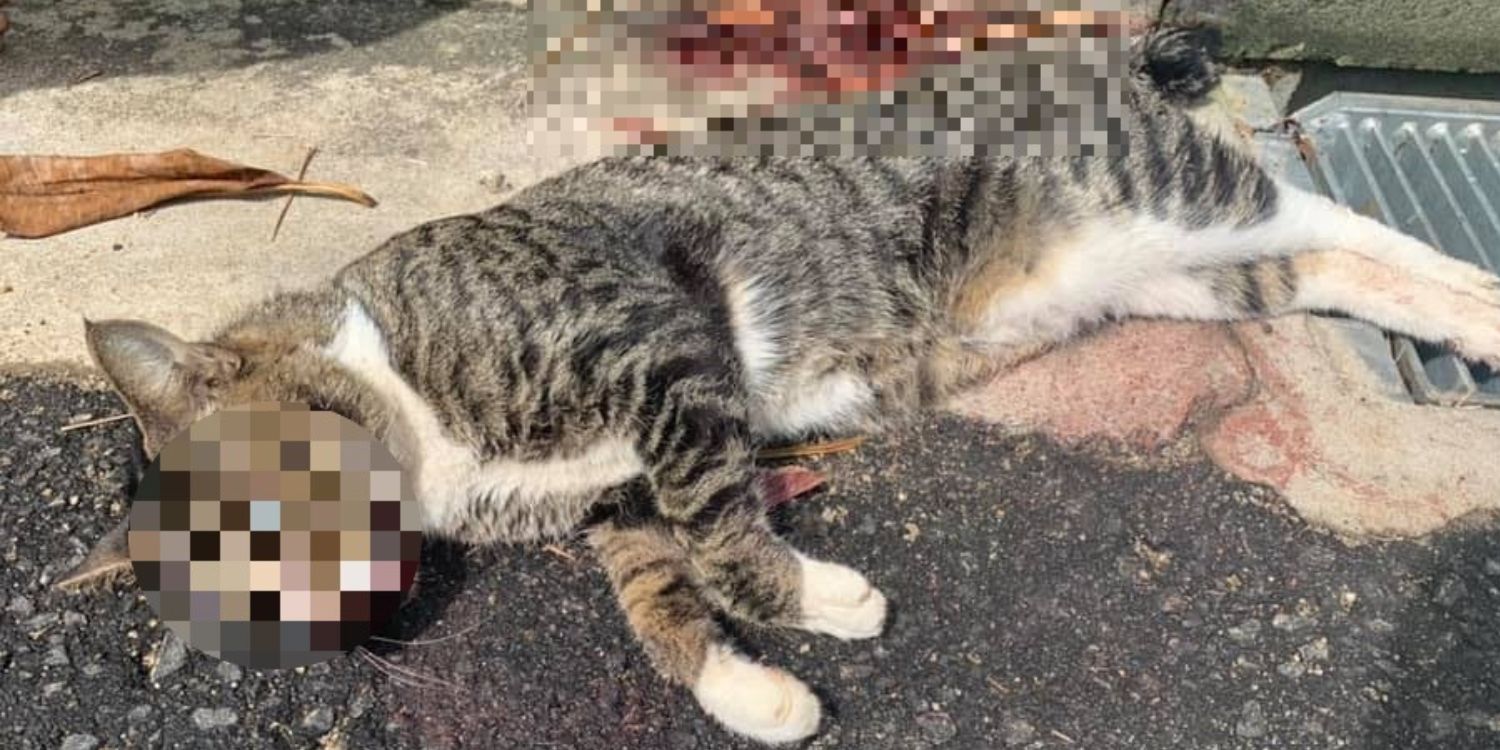 The cat feeder has arranged for a cremation.

Some enjoy the privilege of dedicated feeders who care for them full-time, ensuring that they live comfortably among us.

However, not everyone is able to show such love and concern for the felines. On Saturday (29 May), a Singapore neighbour allegedly ran over a stray cat, resulting in its death. 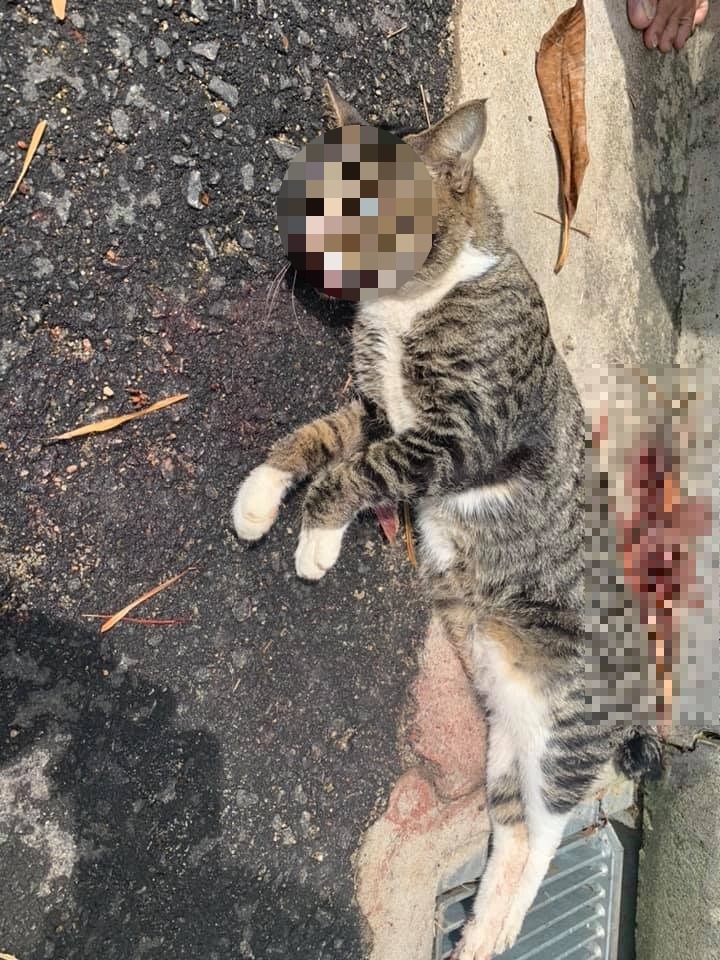 After doing so, they allegedly left the carcass on the road instead of moving it immediately.

The cat’s feeder later found out and confronted the neighbour, whom she described to be rather nonchalant towards the matter.

Facebook user Ms Peh shared a post on Saturday (29 May), recounting the story of an alleged accident involving a community cat in her neighbourhood. 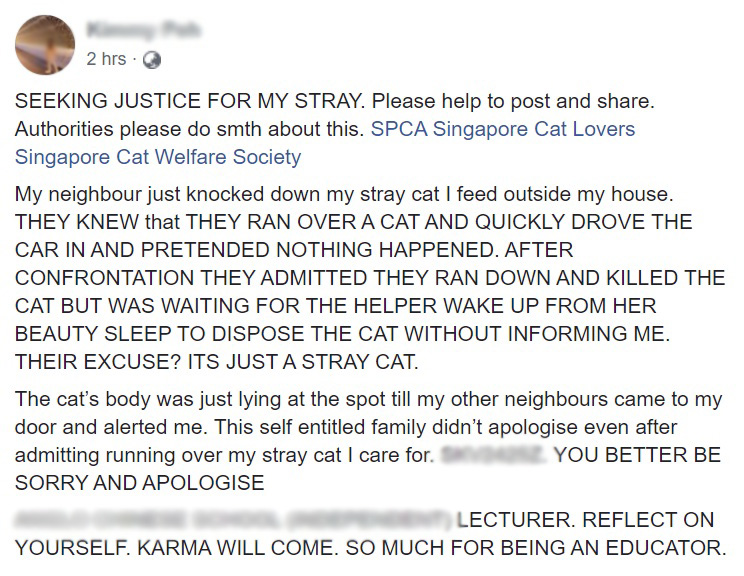 Claiming to be a community cat feeder in the area, she said that she had learned about the cat’s passing from her other neighbours on Saturday afternoon.

According to Ms Peh, the neighbour had run over the cat, driven into their driveway, and pretended “nothing happened”.

But upon confronting them, she managed to get them to admit to running the cat over and killing it. They also apparently explained that they were planning to wait till their helper had woken up before asking her to dispose of the cat’s body.

An exasperated Ms Peh quoted their reasoning that “it was “just a stray cat”, which was why they didn’t inform her.

Angered by their nonchalant attitude, Ms Peh tagged the Society for the Prevention of Cruelty to Animals (SPCA) in her post, perhaps in hopes of them taking action.

MS News has reached out to the SPCA for comments and will update the article accordingly.

In reply to a comment, Ms Peh mentioned that she is currently arranging a cremation service for the cat.

Be more responsible in dealing with animals

Accidental or not, the right thing to do would have been to step out of the vehicle to check on the condition of the cat.

If it wasn’t dead upon impact, perhaps there could have been a chance to save its life.

Should the outcome be the opposite, it would still be more respectful to attend to the cat’s carcass instead of leaving it there.

While the cat’s passing is unfortunate, we’re glad that Ms Peh was around to manage the necessary arrangements.

We hope that she and her neighbour will be able to resolve their disagreements amicably.