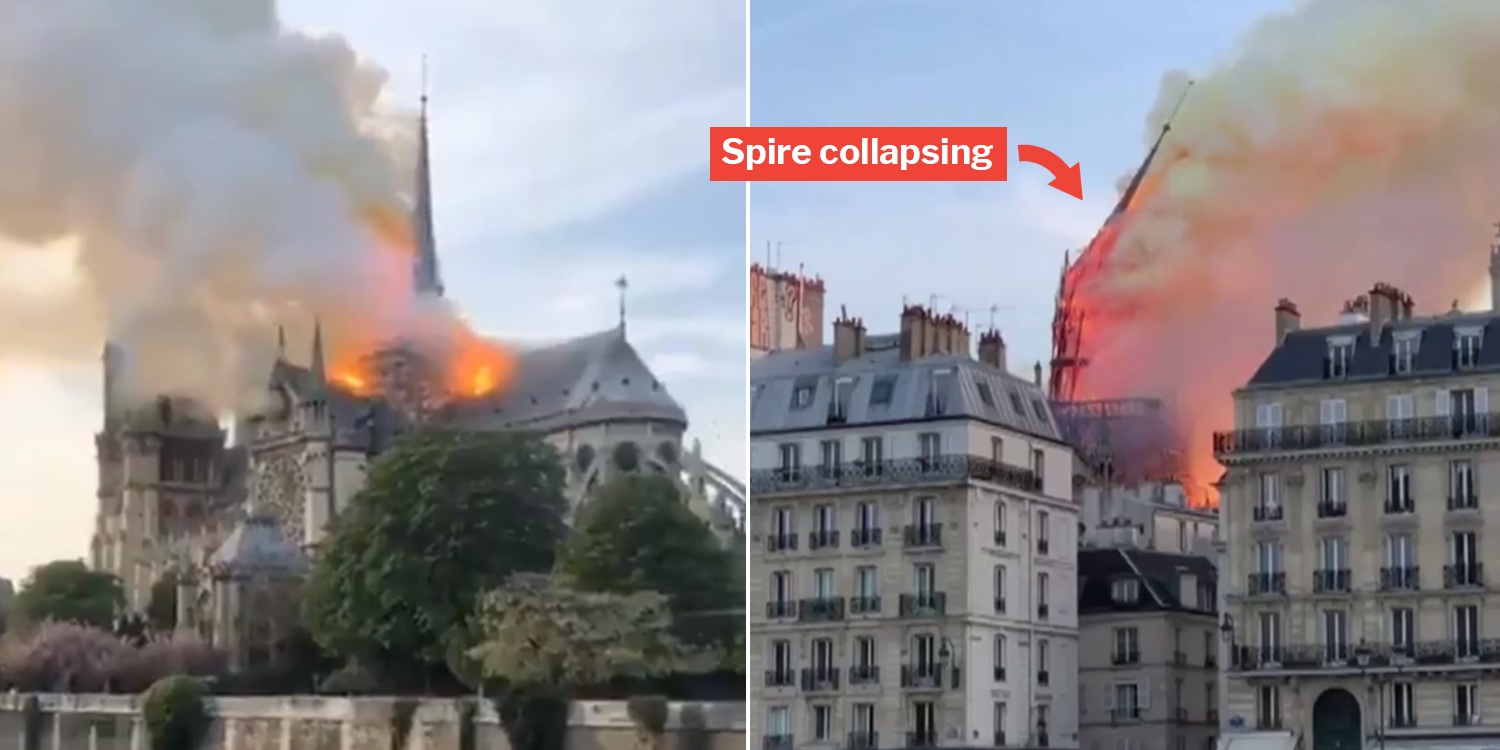 Notre-Dame Fire May Be Linked To Ongoing Restoration Works

Notre-Dame, the gothic cathedral which dates back to 1345 is on most people’s bucket lists when visiting Paris. 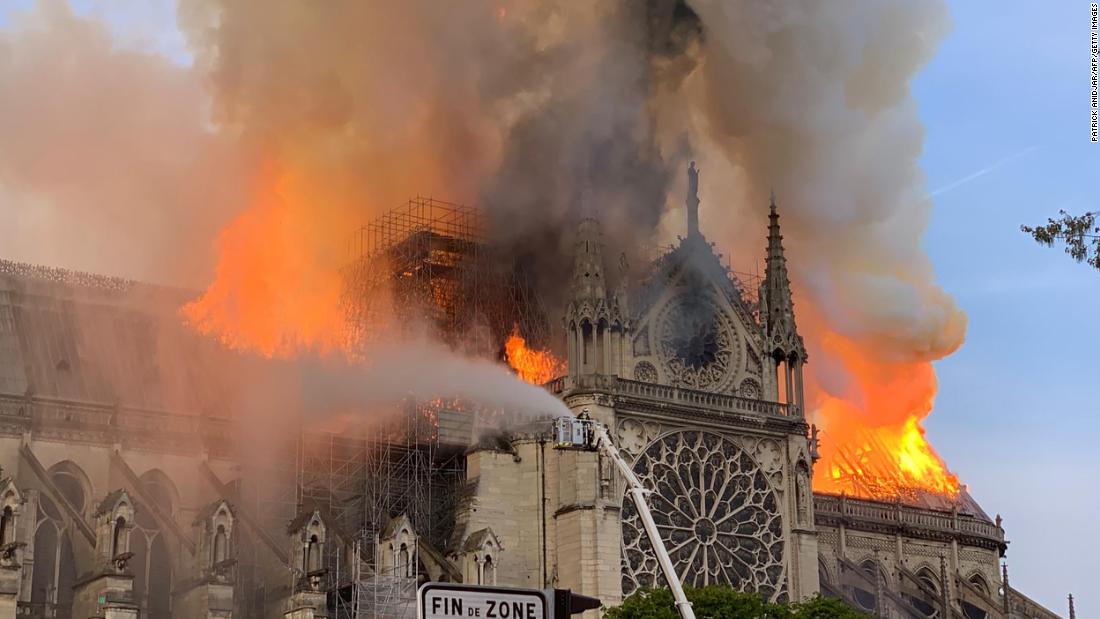 The fire started out small but soon turned into an inferno that claimed the main spire atop the building and its roof around an hour later.

Some passers-by managed to capture footage of the spire’s collapse. 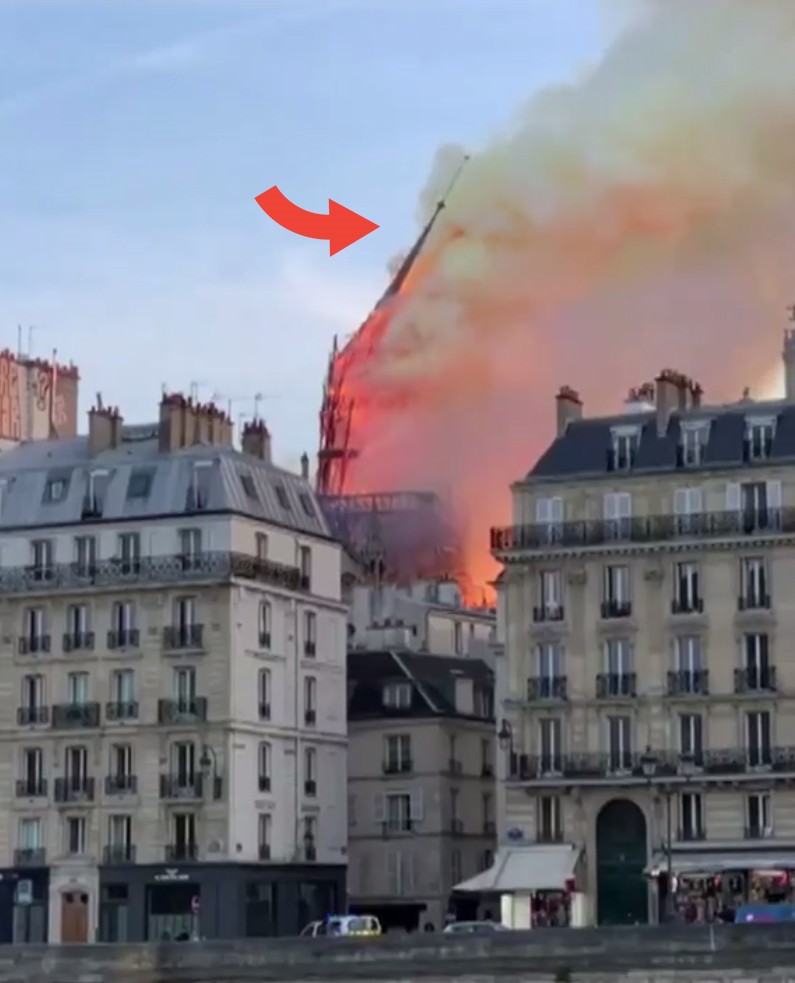 You can watch the video here.

Could be linked to ongoing restoration works

Around 400 firefighters were mobilised to extinguish the fire and thankfully had it under control as of midnight in Paris (6am, 16 Apr in Singapore).

Firefighters also attempted to save precious artwork that were housed in the historical building.

As midnight struck, the Paris’ fire chief revealed that the firefighters were successful in saving the main structure of the building and the 2 towers that make up the majority of the building’s main entrance.

One firefighter was seriously injured in the fire.

While the exact cause of the blaze isn’t known at the time of writing, some believe that the fire could be linked to restoration works that were ongoing before the fire broke out.

Many leaders across the world took to social media to express their sorrow.

One of them was none other than PM Lee, who took to Facebook on Tuesday (16 Apr) morning calling the Notre-Dame a “part of the heritage of mankind”, and hopes to see a rebuilt Notre-Dame in the near future. 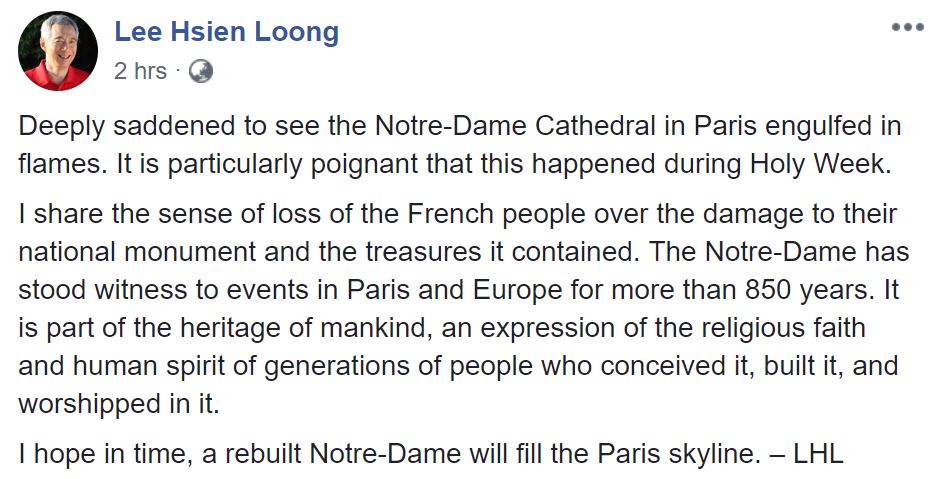 A symbolic building of unity

The Notre-Dame may be a place of worship for Catholics, but its symbolism as a building of unity extends beyond that of a particular faith.

Hence, we hope the French, regardless of their religion, will stay strong during this difficult time.

Those who wish to make contributions towards the Notre-Dame’s restoration efforts can do so here.

While the Notre-Dame was ablaze, another fire also broke out in al-Aqsa Mosque located in Jerusalem — the 3rd holiest site in Islam. 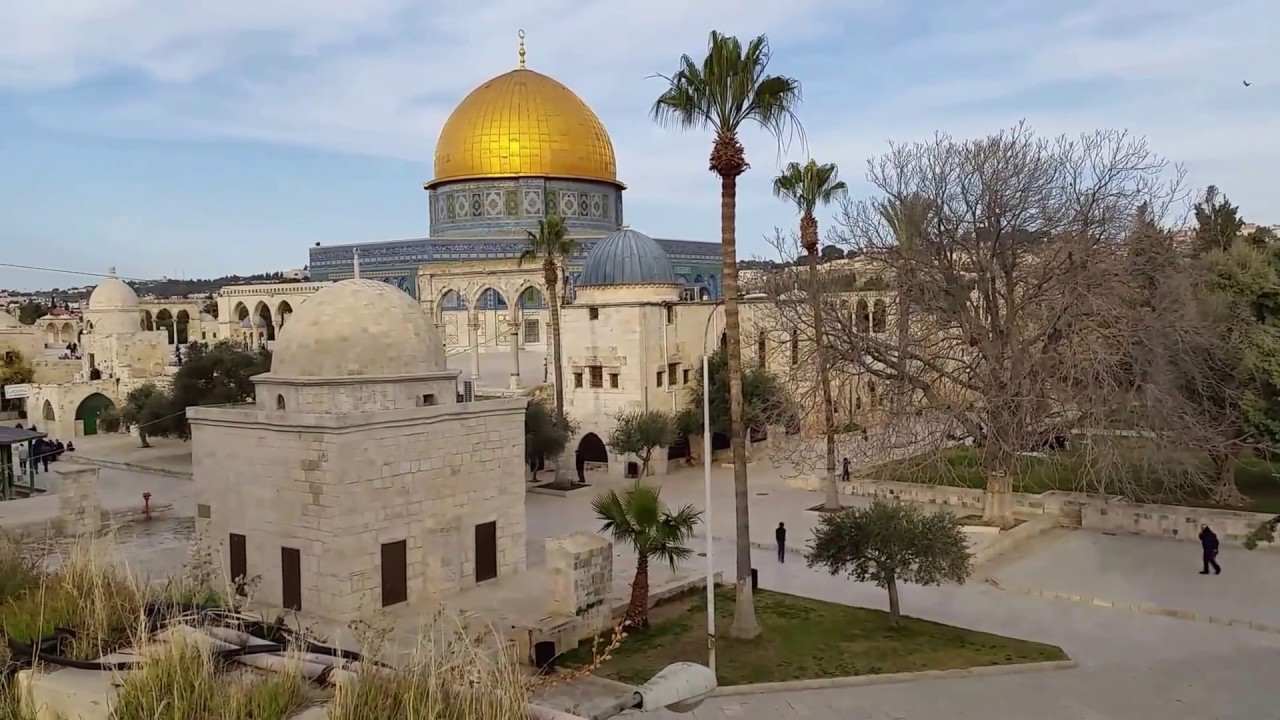 Thankfully, that fire did not cause any significant damage to the place of worship.

Let’s hope that both structures will be restored to their former glories soon.