2020 was meant to be the start of a great decade, and most of us would have high hopes and expectations for it when we ushered it in on New Year’s Day.

Yet with the Covid-19 outbreak, the first few months of the new decade have been rather bleak — we all fear getting infected with the virus.

Who’d have predicted that? A novel from 1981 did actually, to a certain extent.

Titled “The Eyes of Darkness”, the thriller novel by Dean Koontz tells of a man-made pathogen leak in the city of Wuhan, and a mother’s tale to find her lost son. 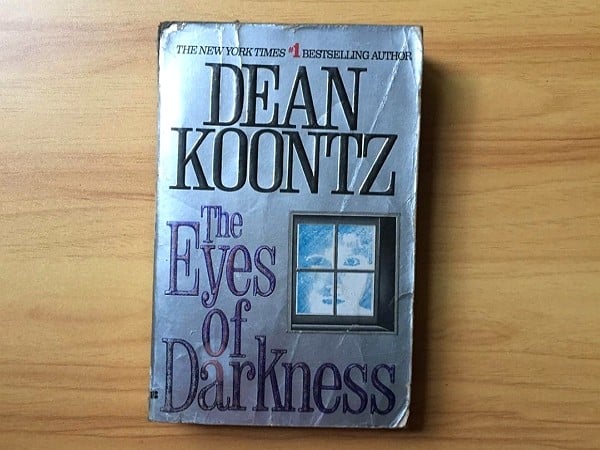 The story follows a mother named Christina on a quest to find her lost son — initially thought to have died during a camping trip.

She embarked on her trip after receiving a mysterious message claiming that he was still alive.

Christina quest eventually led her to a military facility where her son was held after he was accidentally infected with a man-made created in Wuhan.

The name of the virus is apparently Wuhan-400. Needless to say, there clearly wasn’t a specialised agency like the World Health Organisation to warn of the unnecessary discrimination that comes with naming a virus after a city.

Anyway, Wuhan-400 was, according to the novel, a biological weapon made by the Chinese military in a lab just outside the Hubei capital. The Wuhan-400 only affects humans, but those infected by it has a fatality rate of 100%.

Phew, thank God the book belongs in the fiction section. 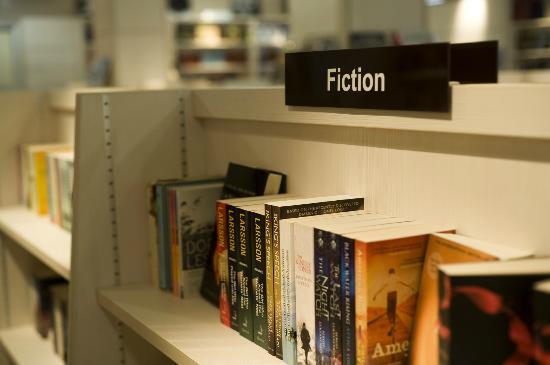 Another book predicted a respiratory disease will break out in 2020

Turns out, The Eyes of Darkness isn’t the only book that ‘predicted’ the Covid-19 virus.

American author Sylvia Browne predicted in her book “End of Days: Predictions and Prophecies about the End of the World”, that the world would be devastated by a respiratory disease in the year 2020.

In around 2020, a severe pneumonia-like illness will spread throughout the globe, attacking the lungs and the bronchial tube and resisting all known treatments.

Sounds pretty familiar, if you ask us.

There’s a silver lining, however, according to Browne’s book.

The illness will apparently “vanish as quickly as it arrived” but will emerge again 10 years later. 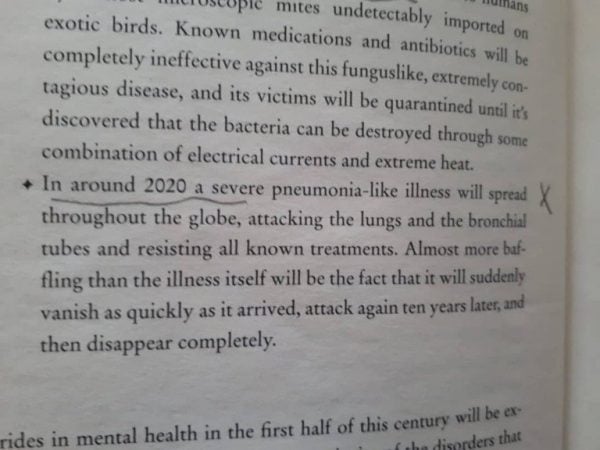 While some of us might be feeling chills after hearing of these novels and how closely they predicted the Covid-19, Hong Kong author Chan Ho-Kei believes there’s nothing to be fearful about. 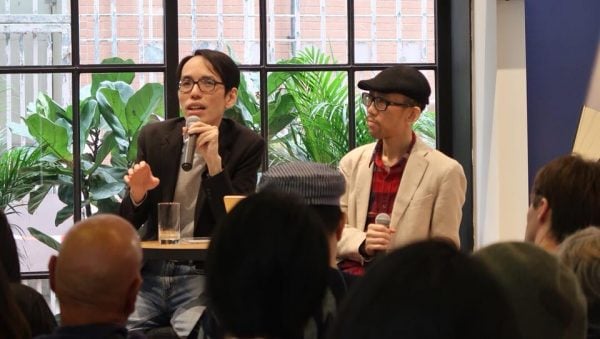 According to Chan, “fiction-prophecy” is not rare at all. In fact, if you try hard enough, you’ll almost certainly find a novel that matches any real-life event.

If you look really hard, I bet you can spot prophecies for almost all events. It makes me think about the ‘infinite monkey’ theorem.

The infinite monkey theorem refers to a theory about how a monkey pressing the typewriter randomly infinite amount of times will likely type any given text, just by the sheer amount of attempts made.

Just like how you’re bound to strike the TOTO jackpot at least once if you attempt for a million trillion times.

Still quite a coincidence

Even though the tales above likely have nothing to do with Covid-19, the coincidence of it all is perhaps something we can marvel at.

We can also seek comfort in the fact that Wuhan-400 is nothing but fiction because a biological weapon like that would surely make for mass destruction.

That aside, we hope the Covid-19 outbreak will be put under control soon so all of us can go about our normal lives.

Most importantly, remember to maintain good hygiene by washing your hands often and to visit a doctor ASAP if you’re feeling unwell.