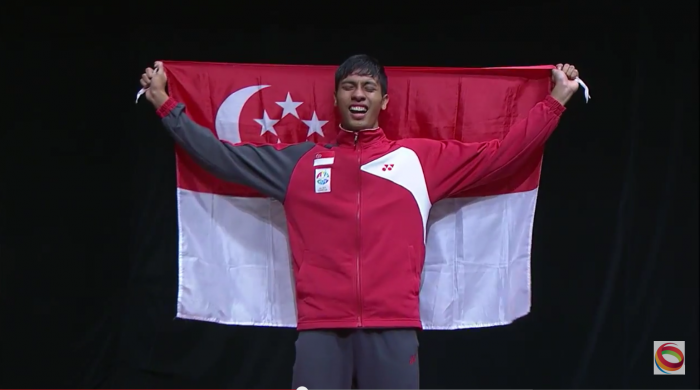 The Hero Who Cried

On 14 June, upon stepping up on the podium as the Champion of the Pencak Silat Class F, Muhammad Nur Alfian Juma’en broke into tears after being overwhelmed by his feelings.

Now known as the Hero who cried, we explain why Nur Alfian’s tears and victory matters so much to Singapore.

1. He earned Singapore’s only Gold Medal in Silat

At the time of fighting, it was down to Nur Alfian to secure the only Gold in the silat event. The team had so far won 1 Silver and 6 Bronzes, but a gold medal would have meant so much more.

The pressure was tremendous, as he alone decided the success of Singapore Silat at the 28th SEA Games.

Thanks to Nur Alfian, it was a success.

Despite being only 18 years old, the gold medal was actually Nur Alfian’s second for Singapore in as many SEA Games.

At the 2013 SEA Games, Nur Alfian — then a debutant — secured the gold medal in the same event, much to the surprise of everyone.

His consistency certainly proves that the future for silat in Singapore looks bright indeed.

His gold medal pushed Singapore to the 80 gold medal mark, in effect surpassing even the most optimistic expectations for Team Singapore in this SEA Games.

The success of our athletes in this SEA Games proved that the sporting scene in Singapore have reached a whole new level.

3. He defeated the Silat World Champion

The opponenent who Nur Alfian overcame is not a simple opponent, Tran Dinh Nam, is the current World Champion.

The Singapore Silat team went into the SEA Games as dark horses, the gold medal from Nur Alfian was certainly a remarkable. And to clinch it by defeating the World Champion is really something.

The gold medalist’s victory over the World Champion perhaps embodies how Singapore have consistently been punching above our weight in many areas.

Like Nur Alfian, Singapore has been sweeping World Champions off their feet on our day.

4. He was bleeding, but carried on fighting

Nur Alfian did not only defeat the World Champion, but did so after sustaining an injury midway into the match.

Early into the 3rd round, he sustained a deep cut between his toes up to the sole of his feet.

Even then, he did not give up and persevered to the end of the game.

He reminded us of the “never give up” spirit within us — the very spirit that allowed Singapore not only survive but to progress so well.

Nur Alfian’s success did not come in easy. Apart from being a silat fighter, he is also a student at Ngee Ann Polytechnic, enrolled in the course of Business & Accountancy.

After winning the gold medal, Nur Alfian only got his sacrifices to thank for.

“To say that I am 100 times happy cannot match how I feel. My diet, training and sacrifices made have finally paid off.”

Nur Alfian’s success proves that the principle of meritocracy works.

His hard work and sacrifices paid off with the gold medal at the SEA Games.

To put things into perspectives, he was awarded the Sportsboy Meritorious Award by the Singapore National Olympic Council in 2013, and we can probably expect him to be awarded another one this year.

The face of “all my sacrifices paid off”.

6. He had his sweet revenge

To cap things off, Nur Alfian’s victory was also a sweet revenge over the man who defeated him in quarter-finals of the World Silat Championship earlier this year.

In the preparation for the match, he reflected on his loss earlier this year.

He changed his strategy from an aggressive strategy to a counter attacking strategy, Nur Alfian willingness to learn from his mistake, enabled him to clinch the sweet revenge against Tran and a gold medal for Singapore.

7. He showed that Singaporeans actually have emotions

According to “expert” polls, Singapore is ranked as the least emotional country in the world.

It matters because this nation does not deserve this misconceived nametag.

When Nur Alfian had won the gold medal, it wasn’t just him who got all emotional.

His coaches, and the fans in attendance all roared in celebration.

At the tender age of 18, Nur Alfian has already won two SEA Games gold medals, and possesses the potential to blaze the international Silat scene.

Perhaps he’s sobbing because of the tremendous pressure he will inevitably face in future competitions. 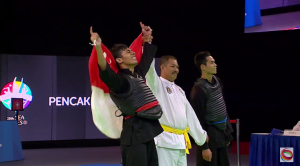