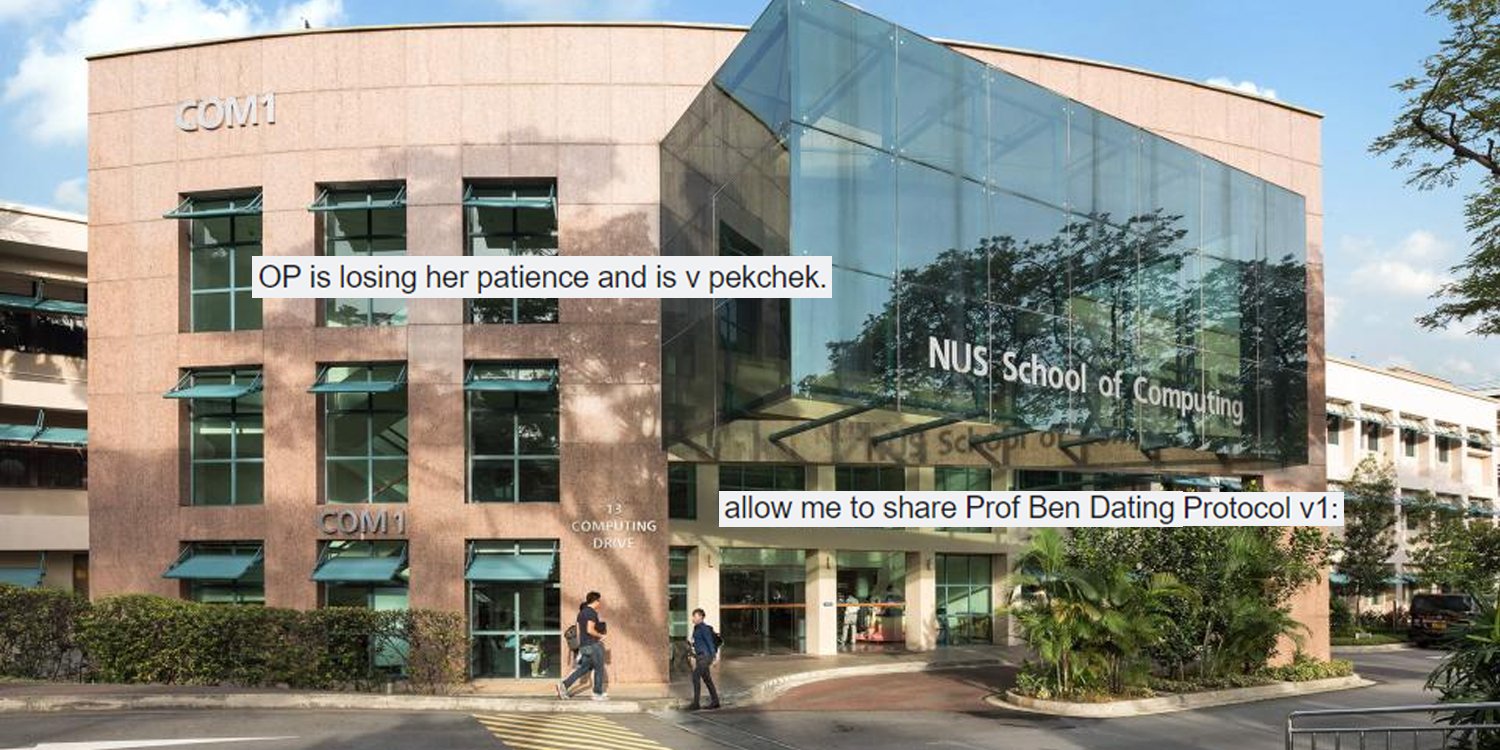 Here was the problem.

A female student from the NUS School of Computing likes her senior. The two have been hanging out for 3 years. And that’s it. No advancement of the hand to the hip, clip at the lip, no clumsy admission of attraction, nothing.

In this age of the Internet, you don’t take your lovelorn woes to Auntie Sally in the Sunday newspaper column. No, you take it to Facebook page NUSWhispers – assuming your troubles are founded on campus ground – and implore wisdom from one professor Ben Leong. 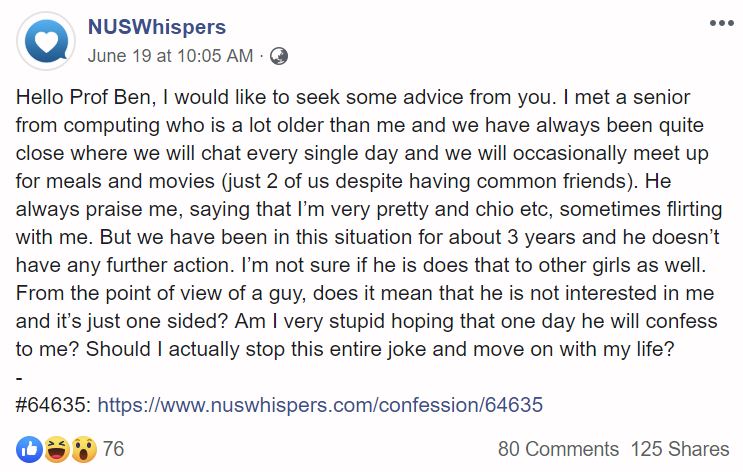 Like a mystic from the mighty mountains, professor Ben Leong responded in kind and abundance.

His response is lengthy, sage-like, and we deign to explain it in summary. But some things must be done.

Professor Ben starts by recognising that, though imbued with special Internet powers, he is but a man. The things he says may well be wrong and cause both the girl and her crush lasting misery.

Nevertheless, what he can do is provide a framework on which to act and “help OP solve the problem.” OP being the girl.

Like any master tactician of romance, he maps out the possibilities.

Next, he seeks to understand precisely why the girl has asked for help online.

Protocols to talk to your crush

Being a computing professional, it would be odd for him to not invoke a series of logical steps common to coding. 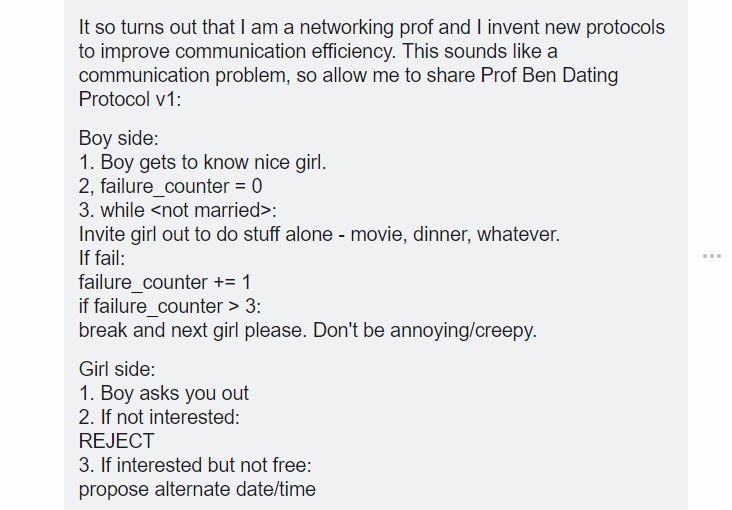 Basically, what it means is that every failed outing with the girl will raise the ‘counter’ by 1. If the counter exceeds 3 failures, the boy goes to the next girl.

Next, professor Ben delves into the matrices of mathematics and concludes that if the two see each other enough, they can skip the confession of love and go straight to the BTO question.

Finally, what should OP – the girl – do? Get the boy to read her post. If nothing happens, give up on the boy.

Wins the Internet over

Just as the girl was smitten by her senior, other users were equally smitten by professor Ben’s response.

One user said he could easily set-up a matchmaking company i.e. Tinder version 2.

Even a student from North America caught wind of his response.

So if you’re having trouble figuring out if a boy/girl likes you as much as you like him/her, you know who to call.