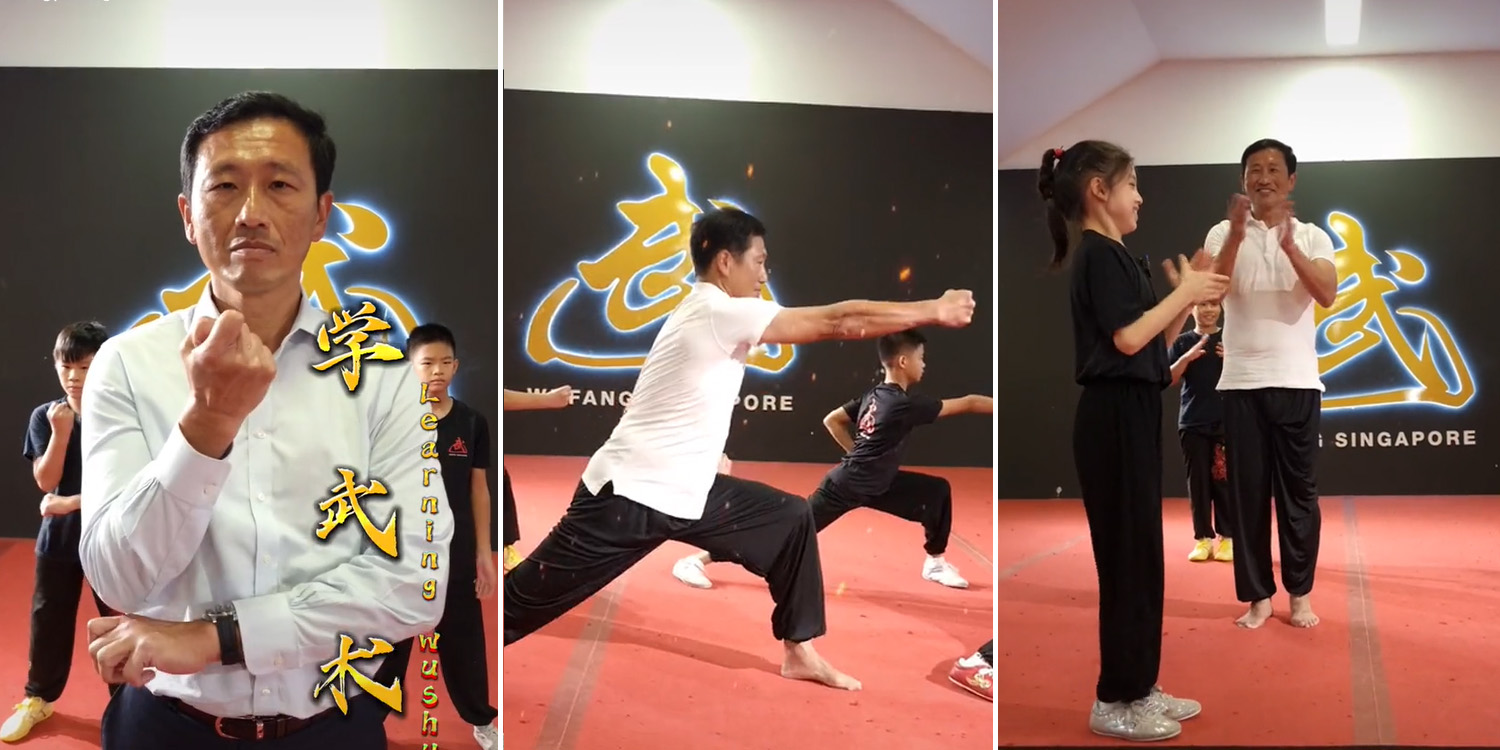 It’s gratifying to know that our local leaders are truly adept at everything they do — even fighting with their bare hands.

To keep fit, I decided to try my hands at Wushu, under the tutelage of a young shifu. #HealthierSG

Showing off wushu moves he learned from a few young students, Mr Ong said it was one of the ways for him to keep fit.

The video has since become viral, with many praising Mr Ong’s talent in the ring. Some have also labelled him as “Ye Wen”, which is a play on his name as it resembles the name of kungfu legend Ip Man.

In a TikTok video on 12 Aug, Mr Ong shared his recent journey in learning a handy new skill.

“To keep fit, I’ve decided to try my hands at wushu,” he explained in the caption.

In fact, Mr Ong frankly excels in executing the martial arts, keeping up with the students in every kungfu move they execute.

As the young children around him fluidly go through the moves of each form, so too does Mr Ong.

The students even seem to look on approvingly, clapping excitedly as he executes a couple of bold punches and kicks to perfection.

At the end of the video, Mr Ong proceeds to sit down with the students and ask them about the lessons they have gained from wushu.

One student shares that it has taught her discipline, while another says it has instilled motivation in him.

Mr Ong concludes the video by urging viewers to exercise, not just for health but for other reasons as well.

“Sports, other than keeping us healthy, actually builds character,” he says. “So keep on exercising and keep on doing what you love.”

Needless to say, the reception to the video has been more than welcoming as it instantly went viral with upwards of 13,300 likes. Netizens seemed to appreciate seeing their Health Minister perform a bit of kungfu.

As multiple users have pointed out, Mr Ong showed off his wushu moves so well that he probably deserves the title of Singapore’s own Ip Man.

He had even chosen a local song for the background of the video, something that did not go unnoticed.

And of course, as other TikTok users noted, those managing the account for Mr Ong deserved kudos as well.

After all, the special effects editing truly brought out the kungfu hustle in our health minister.

Indeed, watching Mr Ong follow in the footsteps of Donnie Yen is pretty captivating. Not all who are in their 50s can do so with such grace.

However, he posted the video with a message, which is the importance of exercise. It contributes a fair bit to our mental welfare and physical health.

As such, let us heed the example he has set, even if we may not be as skilled in emulating Ip Man.