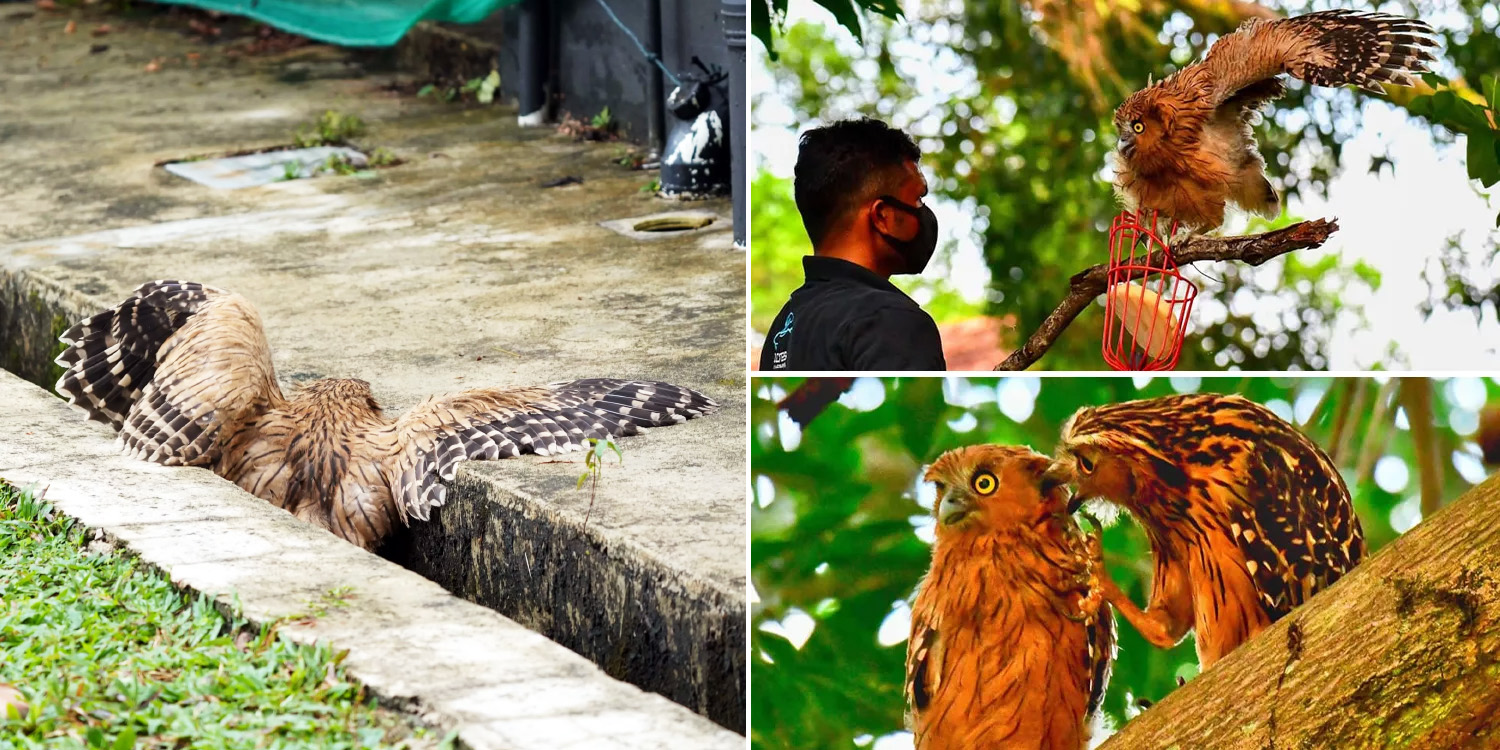 Singapore is highly urbanised but we do have our fair share of wildlife living here.

And sometimes these animals can run into trouble.

On Sunday (14 Mar), a man shared on Facebook about an owlet that fell from its nest at Hampstead Wetlands Park.

The poor owlet then got trapped in a mesh.

The trusty Animal Concerns Research & Education Society (ACRES) team was called in and within 45 minutes, they rescued the owlet, reuniting it with its family.

Owlet seen falling from nest & gets stranded in drain

On Sunday (14 Mar), a young buffy fish owl was learning to fly at Hampstead Wetlands Park. At first look, the fledgling bird had a promising flight but it soon fell into a drain upon landing. It later got into more trouble when it got caught on a mesh, getting stranded on the ground with no way back to its nest.

A few bird watchers on site contacted ACRES for help at about 3.45pm.

When ACRES arrived, they assessed the situation and concluded that the owlet was thankfully, not injured. 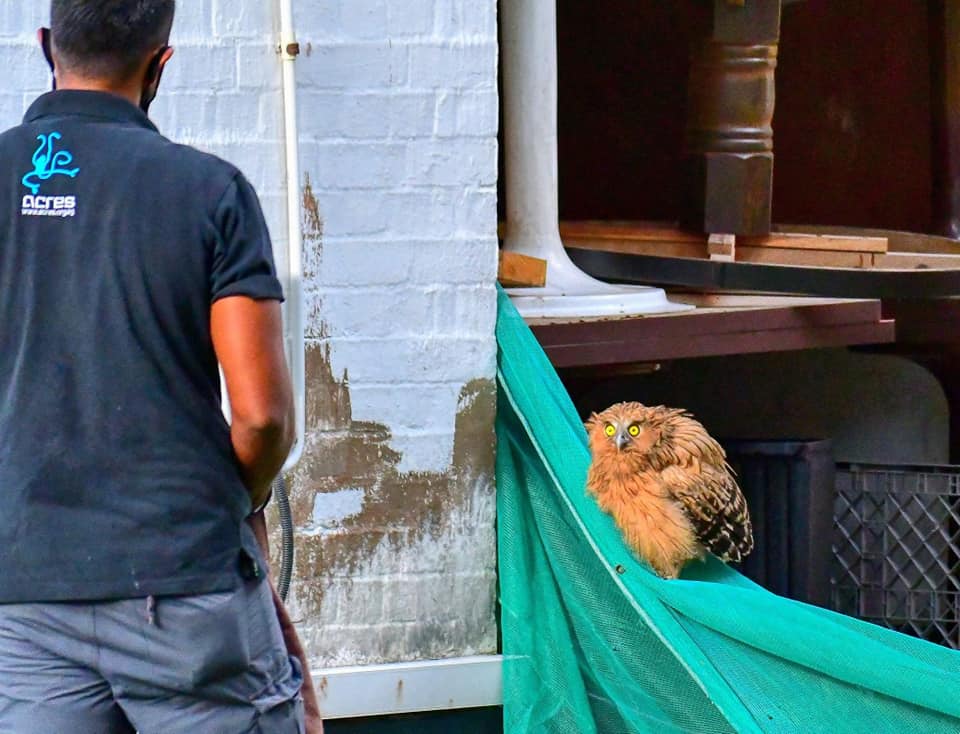 The team got to work, knowing that they had to return the owlet up as high as possible.

However, they had to be wary about the bird flying off and crashing again.

Knowing this, a staff slowly carried the owlet up a tall ladder, careful not to startle it. 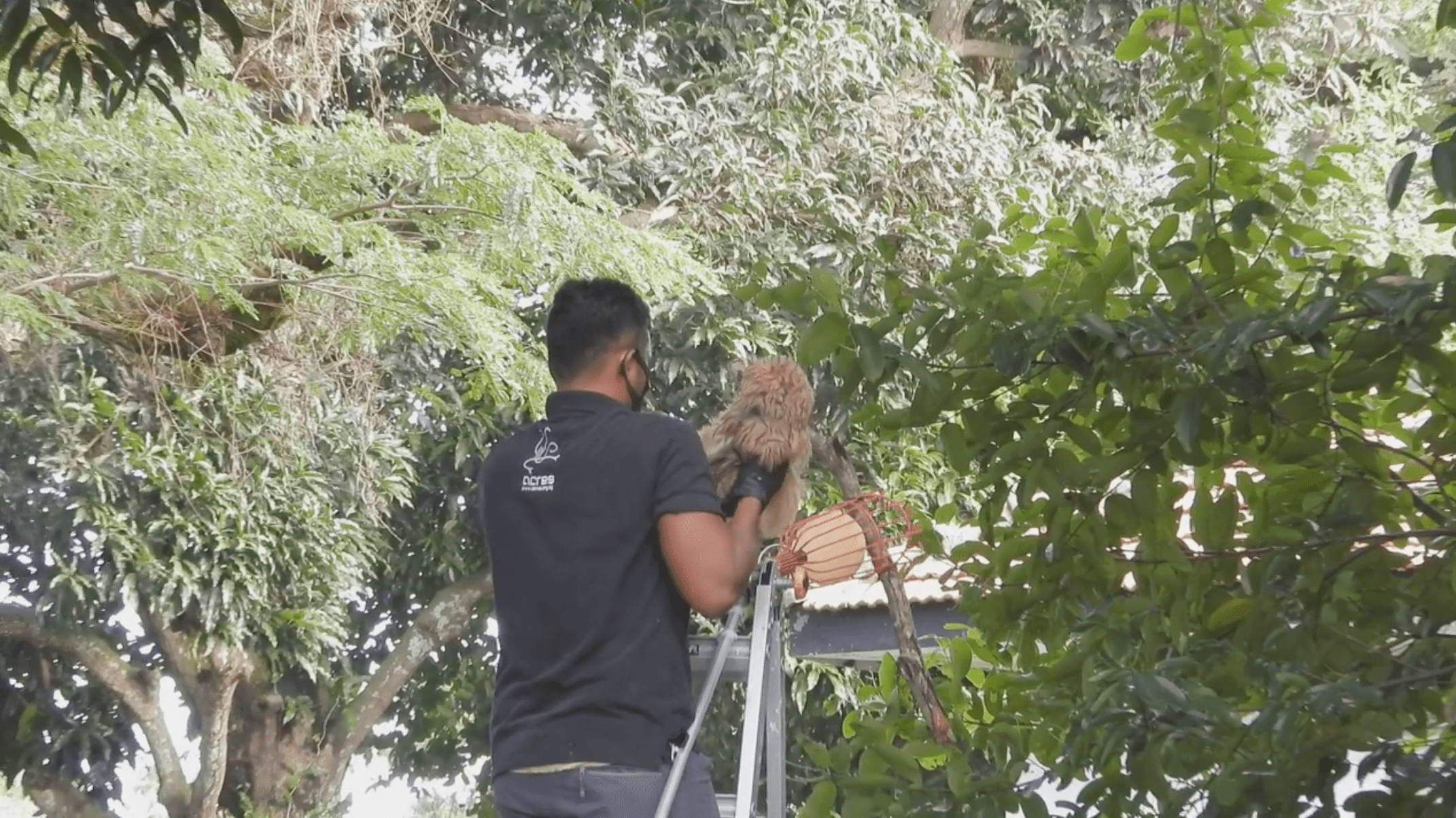 The staff then got the owlet up to a high branch. From there, he patiently waited for it to hop off. Eventually, the owlet perched itself on a branch and was reunited with its parents.

Its mother even seemed to give it a little peck, perhaps thankful that her young one has returned safely. 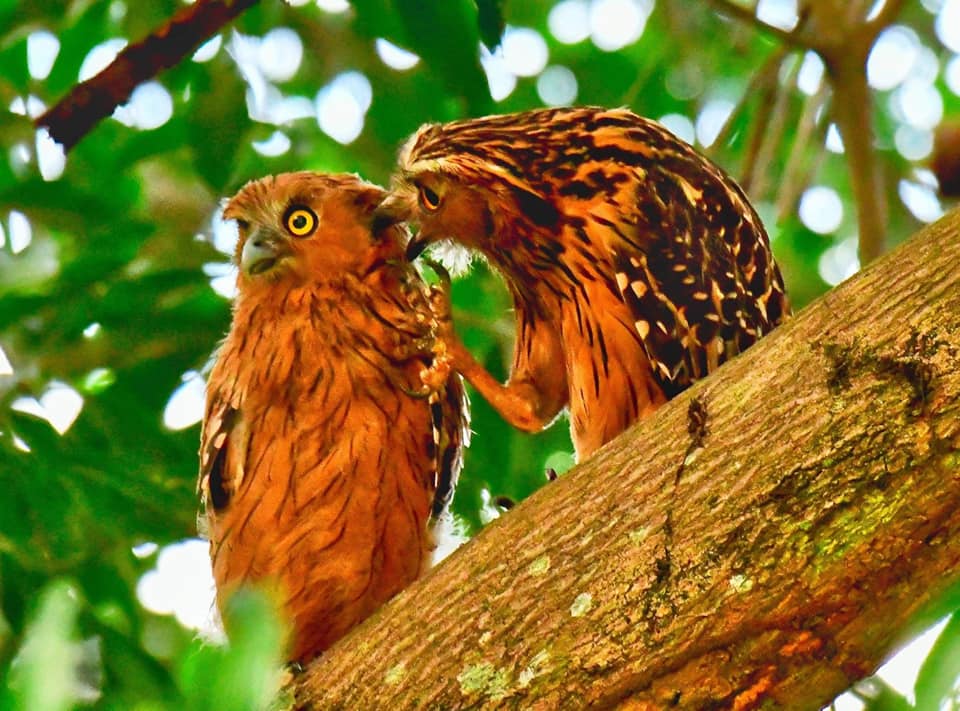 The owlets’ parents then guided it to safety on a higher branch.

According to ACRES, the entire rescue mission took 45 minutes.

Contact ACRES if a wild animal is in distress

The ACRES team thanked the photographers on site who kept an eye on the owlet before their arrival.

They expressed that this rescue mission was a success due to the collaborative effort. 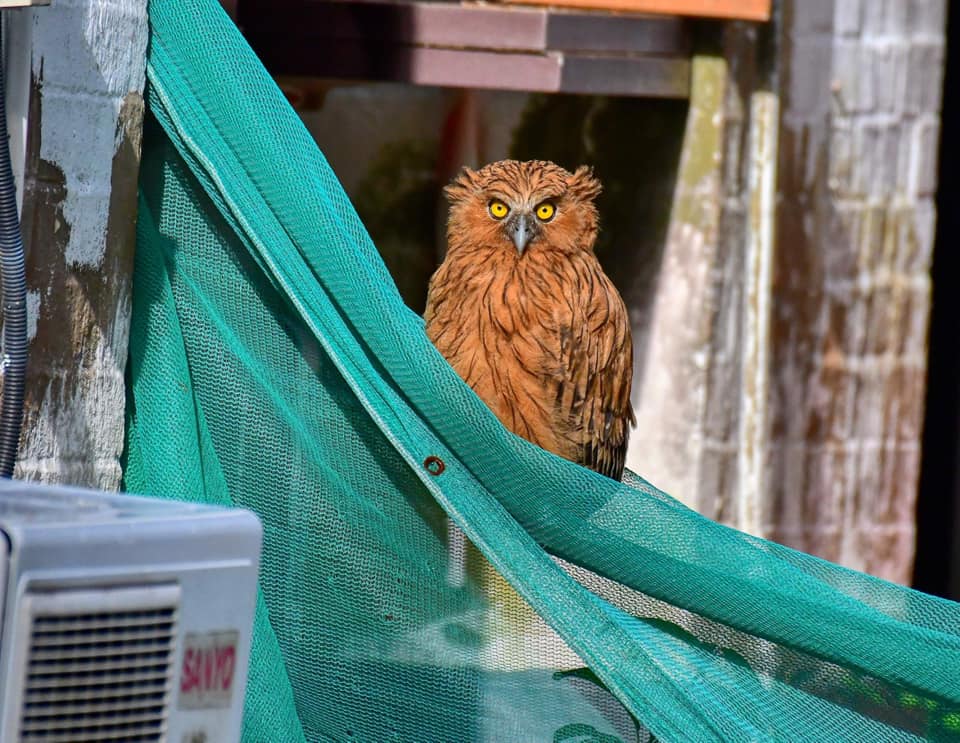 Speaking to MS News, ACRES said that being stranded on the ground is a risk that all wild birds take when learning to fly.

In most cases, the young birds should be left to reunite with their parents.

But if the public sees a wild animal in distress, do not hesitate to contact ACRES wildlife rescue at 97837782.

Kudos to the public & the ACRES team

Kudos to the public at the scene who notified ACRES as well as ACRES’ professional rescue efforts.

Thanks to them, the fledgling owl was not injured and returned to the safety of its parents.