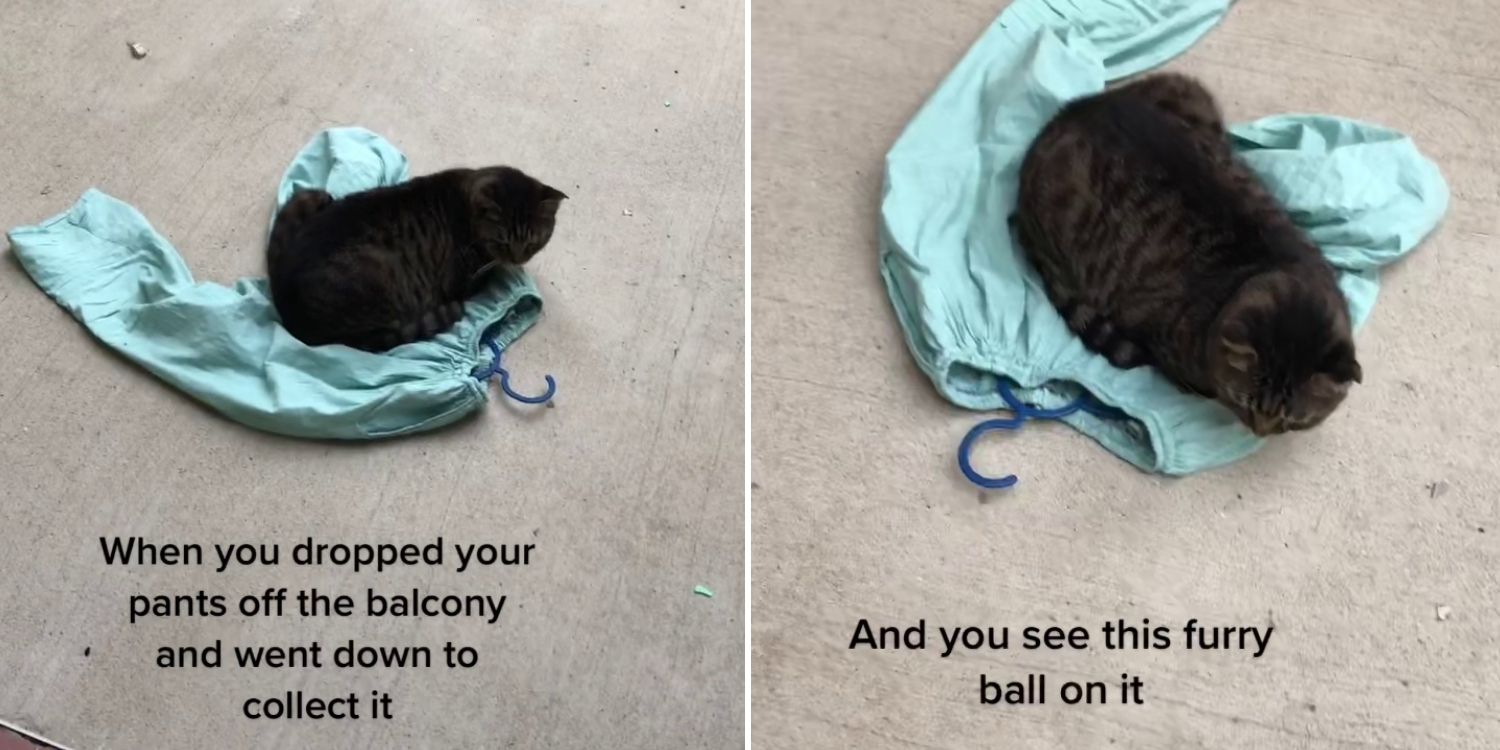 Cat owners are probably well aware of the one cardinal rule of rearing these furry felines — if it fits, it sits.

A resident recently learned this fact the hard way when he ‘lost’ his pair of pants to an HDB community cat.

He found the feline curled up comfortably on the clothing, seeming content in claiming the item for its own.

On Saturday (4 Jun), a resident shared the precious moment through a short clip on TikTok.

He’d dropped his pants from the balcony of his HDB unit and ventured down to the void deck in search of it. 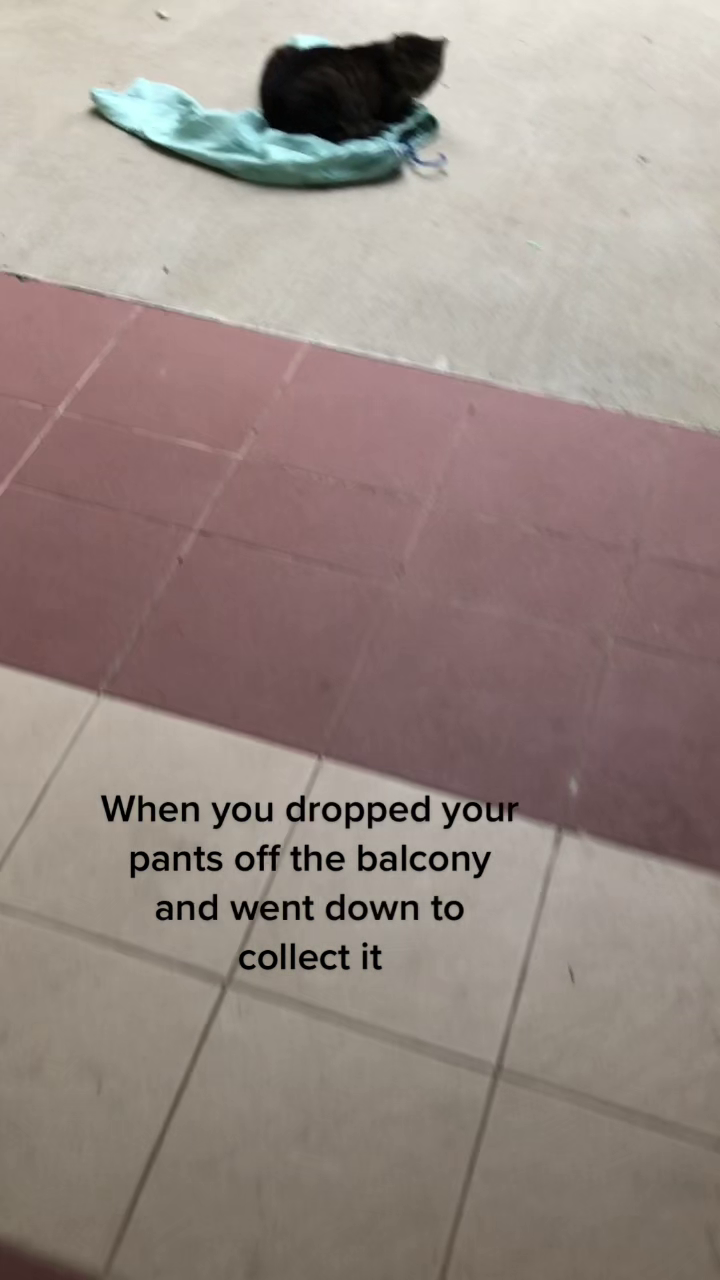 Upon arrival, he realised the pants had already been claimed by someone else.

He noted that a “furry ball” was sitting on it. 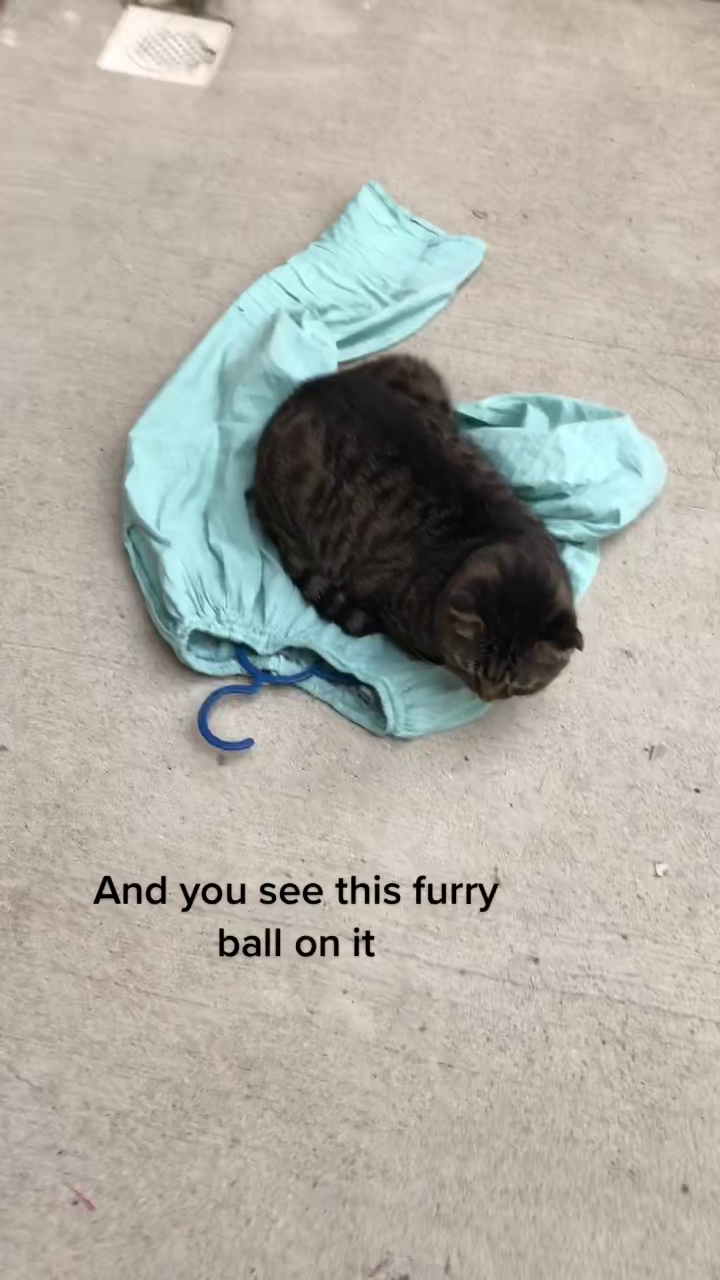 The caption ended with a question, “What do you do?”

Many users had a field day in the comments as they seemed to understand the nature of cats. One said there’s nothing the OP can do because the pair of pants now belonged to the cat.

Another joked that the cat was now the new owner of the pants.

Source: the blackkitty on TikTok

Meanwhile, some suggested that the OP scored a one-for-one deal because the cat was now his too.

All in all, the consensus seemed to be that the OP should leave the pants with the cat. After all, cats are just like royalty — if they find something, it most definitely is theirs.

A hilarious yet heartwarming predicament to be in

It might be bad luck to lose a pair of pants, especially if they’re your favourite.

However, in this case, the loss wasn’t for nought. An HDB community cat became the lucky beneficiary.

It’s unclear if the owner took his pants back in the end. But if he decided to leave it with the kitty, let’s hope he gets to buy a new one soon.

Community Cat Sleeps On GrabFood Bag In Woodlands, Gets 5-Star Pampering From Residents