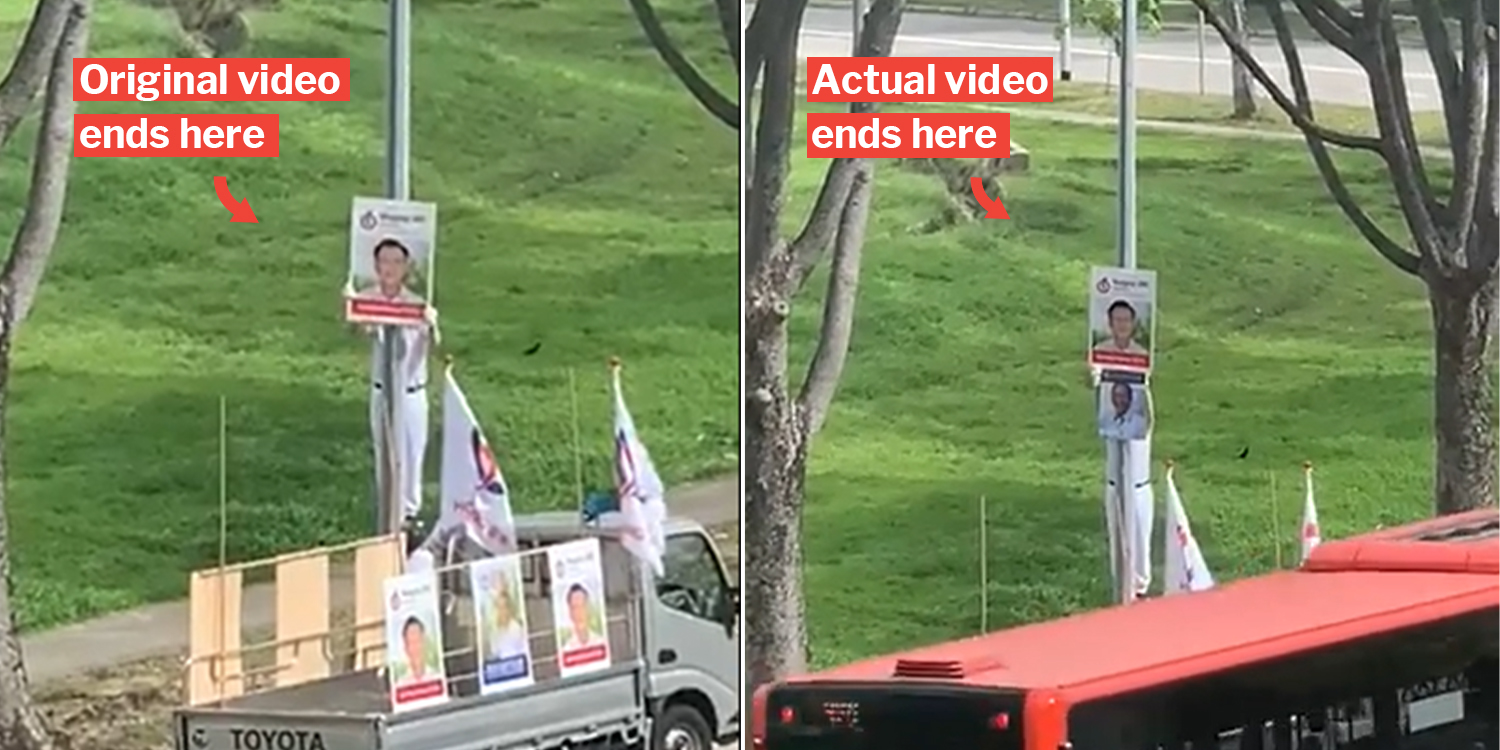 A video going around on social media claiming that a PAP poster was put up over a WP one on the streets appears to be edited to paint an untrue picture.

The video, which shows some contractors hanging up a PAP poster at a lamppost in Hougang SMC, stops right as the contractor appears to obscure the WP poster that was already there.

However, FactChecker.sg published a longer version of the video, showing that the PAP poster eventually ended up above the WP one, not obscuring the latter.

The original video going around lasts about 26 seconds, and seems to cut off right as the person is putting up the poster over WP’s. 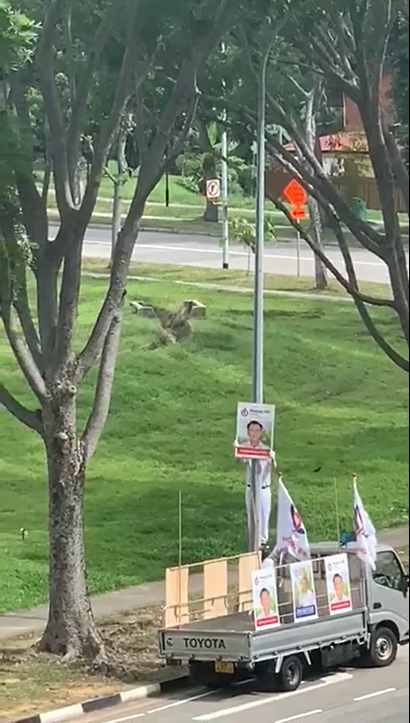 The video led to an uproar, since it shows that the poster appeared to cover the WP one “on purpose”.

However, some also commented that the video may be incomplete as the person wasn’t done typing the poster up.

As it turns out, the video doesn’t end there, as we can see in this video posted by FactChecker.sg.

This video, which lasts for 1:01, shows the full picture as the PAP poster is eventually hung above the WP one. So that’s the full picture — the PAP poster wasn’t covering up the WP one.

There have been many misleading videos going around on social media, alleging various untrue things.

Police warned on Sunday (5 Jul) that the public should avoid jumping to conclusions over speculative videos like this in a statement addressing another recent video. 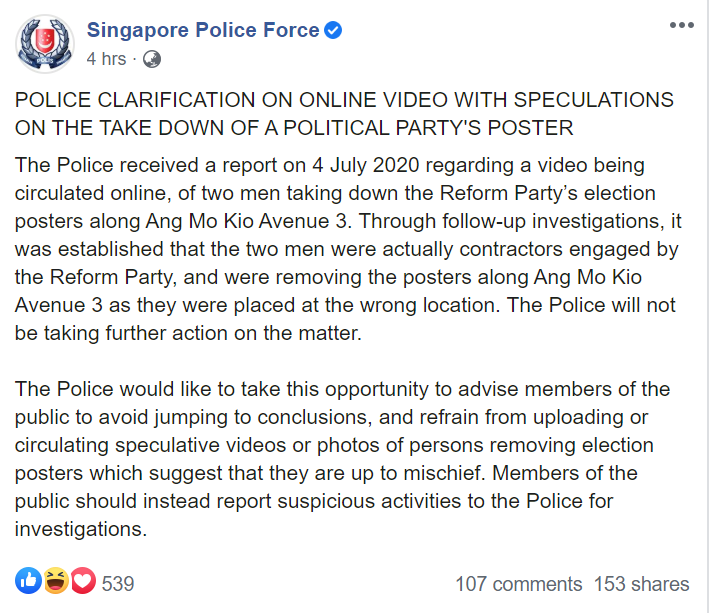 The misleading video spread rather quickly regardless of the police statement.

Of course, given that another video debunks the original, that should be enough to prove what really happened.

Do take the police’s advice and be skeptical about videos like this. Most importantly, don’t spread them around.

We’ve reached out to the ELD, as well as PAP and WP, for comment.