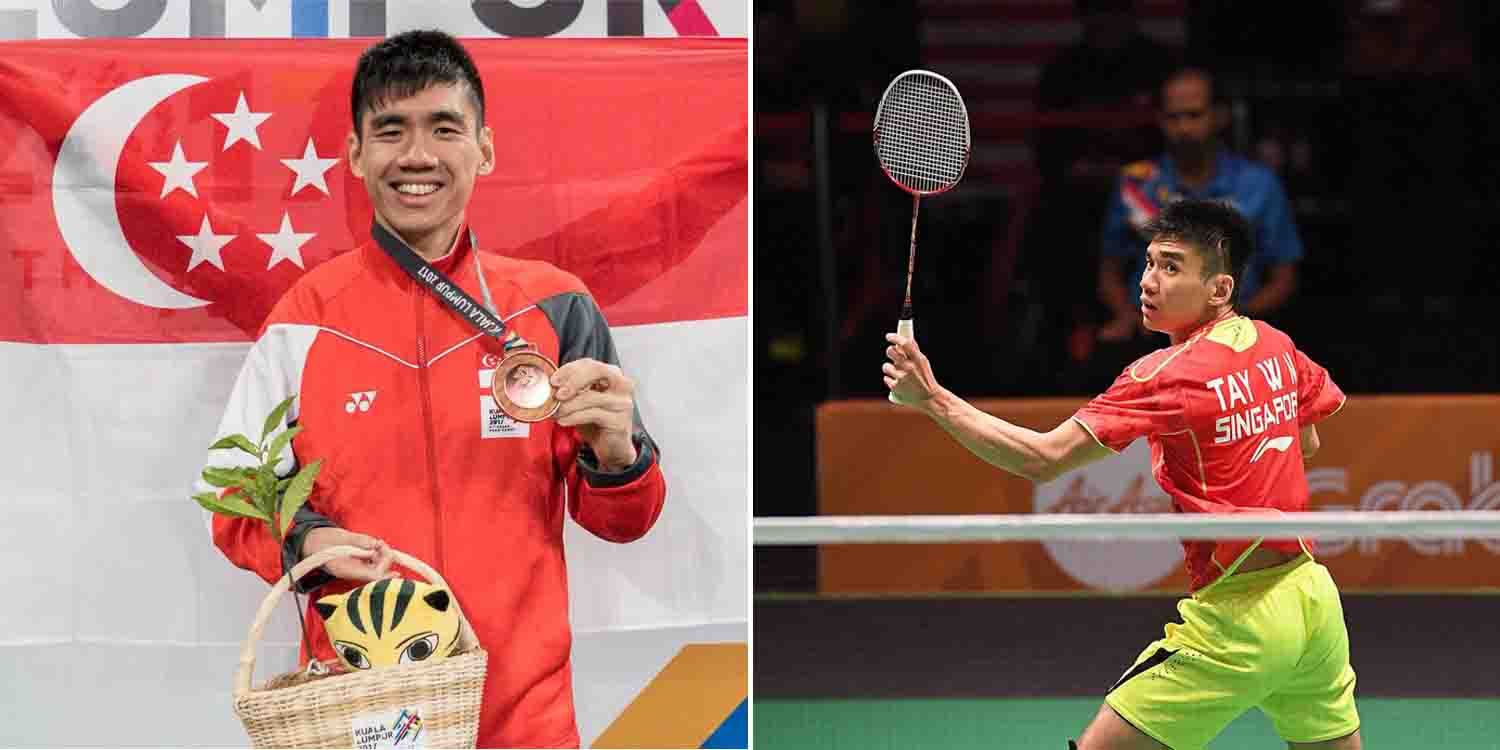 He was crowned Para-Badminton World Champion in 2017.

Loh Kean Yew became a household name when he was crowned champion at the 2021 Badminton World Federation (BWF) World Championships.

But here’s a lesser-known fact: he isn’t Singapore’s only badminton world champion.

In 2017, para shuttler Tay Wei Ming put Singapore on the map when he edged out his opponents and was named Para-Badminton World Champion in Ulsan, Korea. 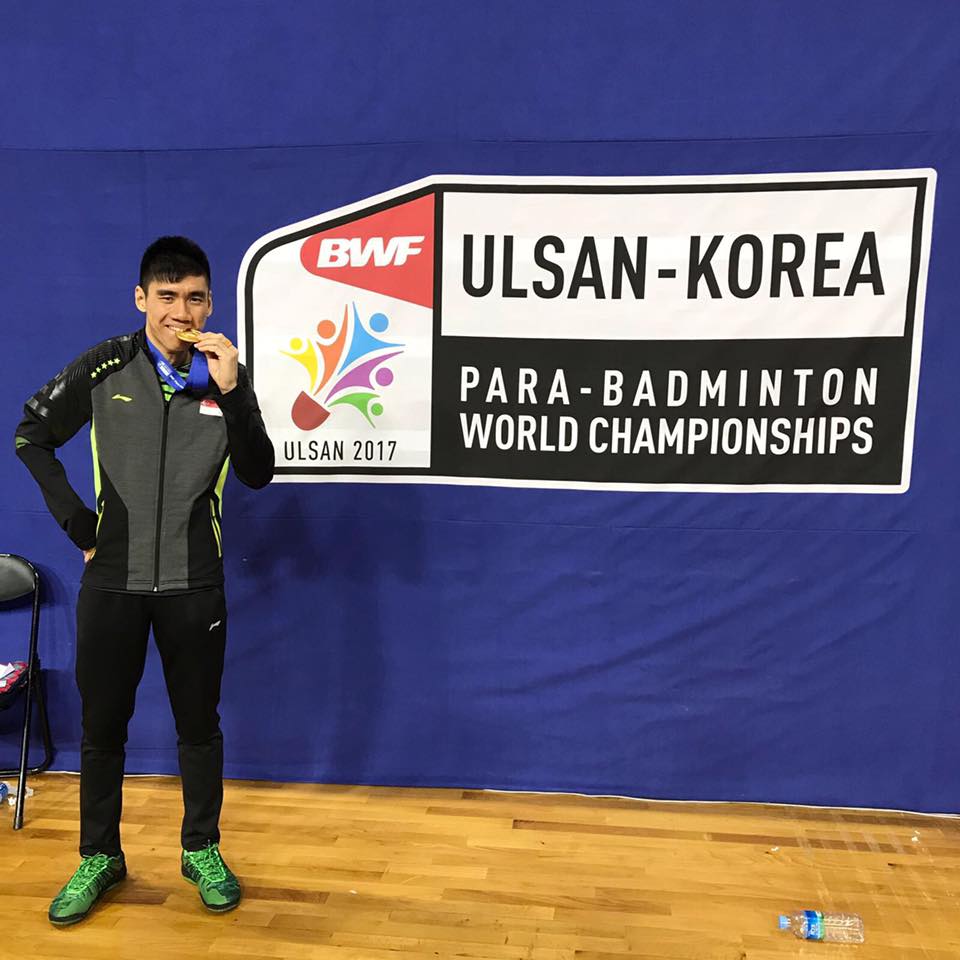 Five years on, Tay is still hoping to make it on the biggest stage yet — the Paralympic Games.

The Singapore Disability Sports Council (SDSC) has since started a crowdfunding page, hoping the public will help fund his badminton aspirations.

Tay is Singapore’s number one national para shuttler. The 33-year-old has been competing for Singapore since 2008. In 2017’s Badminton World Federation (BWF) Para-Badminton World Championships, he snagged the gold medal in the men’s doubles SU5.

The SU5 classification is for athletes with an upper-limb impairment. 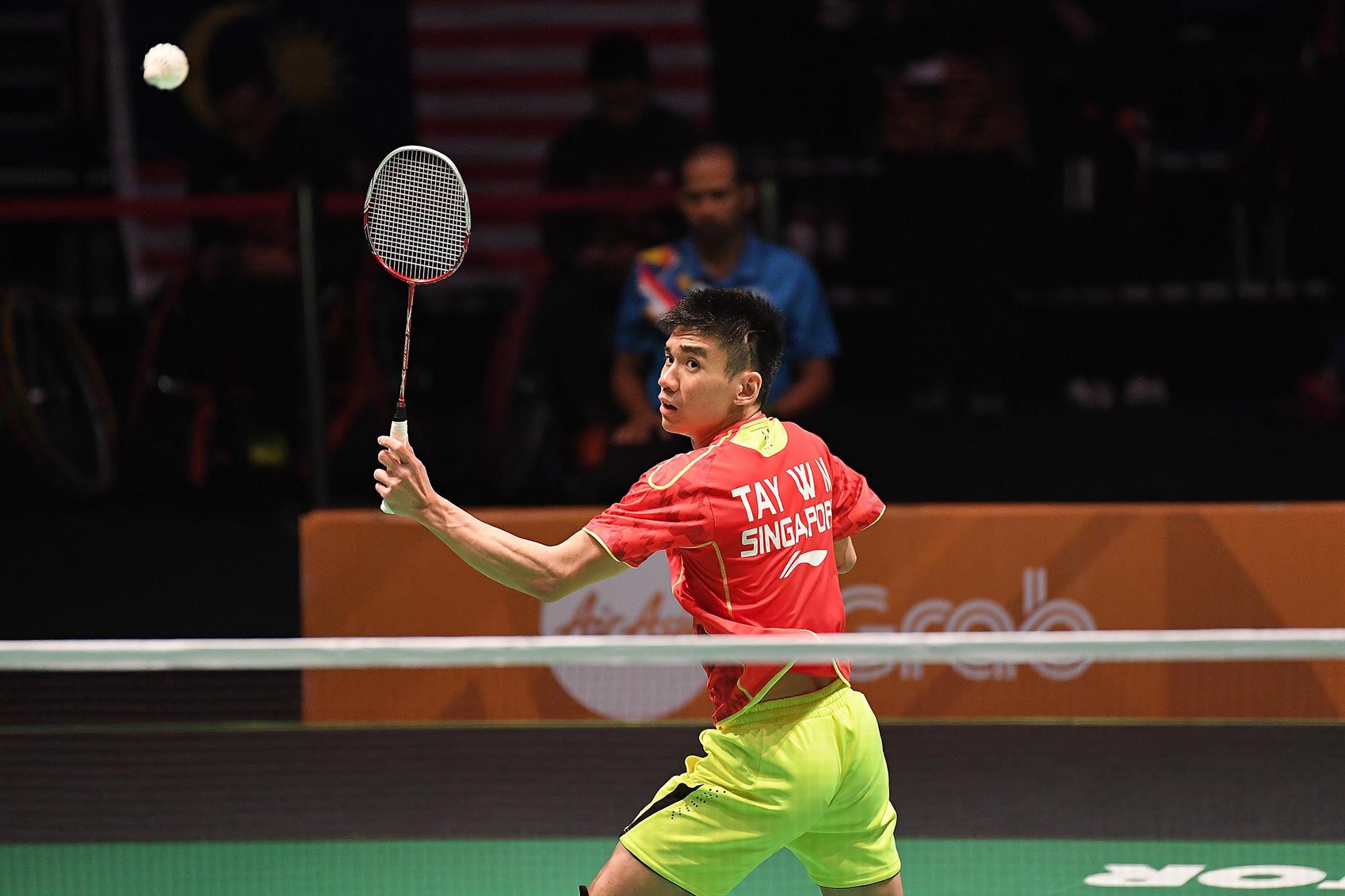 Born with Erb’s Palsy, characterised by muscle weakness in the arm or shoulder, Tay did not let that stop his competitive spirit.

Since a tender age, he has dreamt of competing at the highest level — the Paralympics.

Now, he is fighting to keep the dream alive and has his hopes set on qualifying for the 2024 Paralympic Games in Paris.

To secure a qualifying spot, Tay is now aiming to push up his world rankings within the next two years. He will have to participate in as many international competitions as possible to accumulate ranking points.

Each year, there are about eight to nine competitions.

However, as a full-time independent athlete, participating in international competitions can be very costly, especially since the pandemic.

The cost of each competition, including registration fees, flight tickets, travel visa application, Covid-19 tests, and accommodation, amounts to about S$8,000 for Wei Ming and his coach. 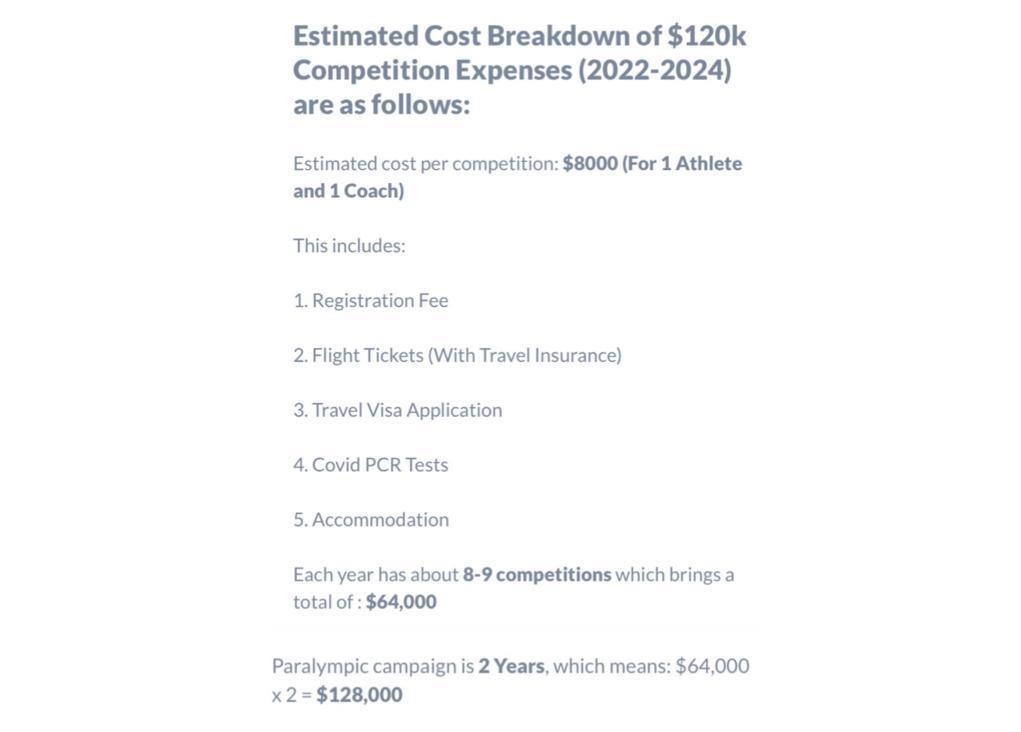 SDSC is now crowdfunding to help Tay fulfil his dreams of participating in international competitions and eventually making it to the Paris Paralympics in 2024. 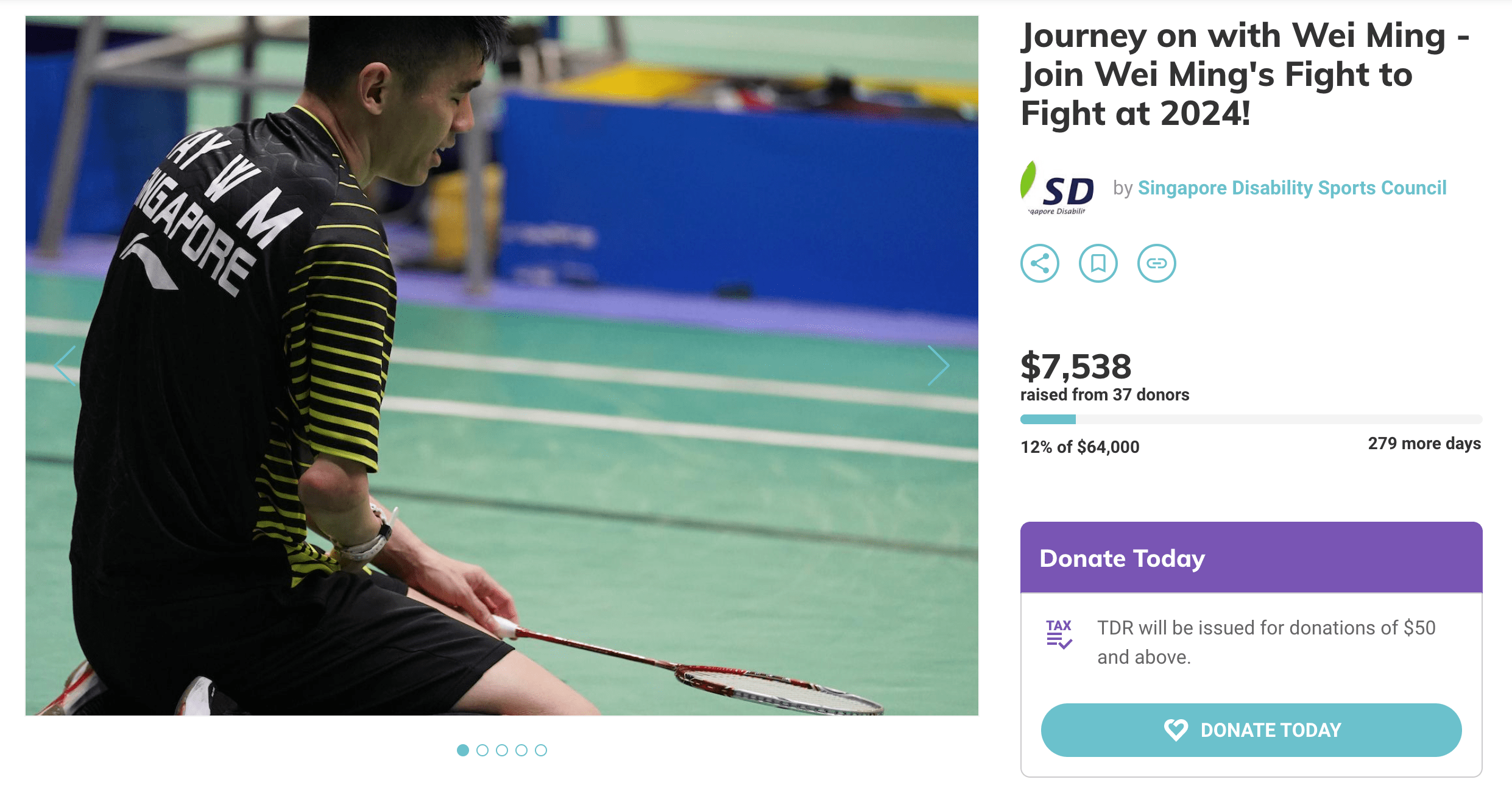 Speaking with MS News, Tay said his disability did not hinder his love for badminton. Even at 33, he is persevering in the pursuit of his Paralympic dream.

More importantly, he said he wants to promote inclusion, to let the public know that Persons with Disabilities (PWDs) can achieve what able-bodied people can too.

Tay said in the long run,

Hopefully, more people will have confidence in us (PWDs) and support us in our sporting aspirations.

As he fights to keep his dreams alive, he hopes the public can also support him.

Being a national athlete and pushing your body to its absolute limits every day is extremely challenging.

But it makes the journey so much more demanding when athletes have to take money into consideration when trying to reach the highest levels of their chosen sport.

Hopefully, with the public’s help to fund his competitions, it will be a load off of Tay’s mind as he trains.

If you’d like to donate, you can do so at Giving.sg here.