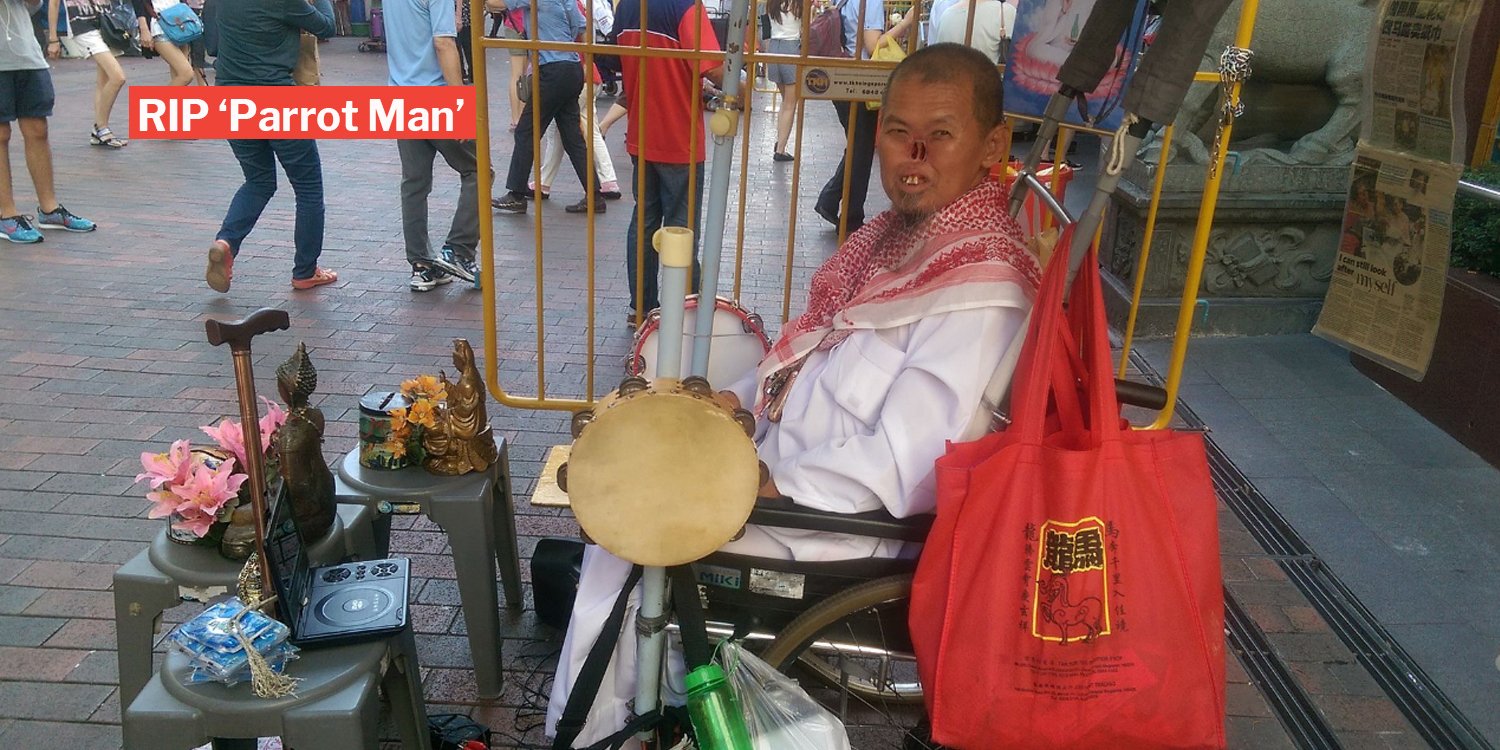 On Sat (16 Nov) night, Parrot Man, whose real name is Zeng Guoyuan, was found dead at the foot of Block 68 Geylang Bahru. This is according to a report by STOMP.

The police also told the publication that investigations are ongoing and the death has been classified as unnatural. Mr Zeng was 66-years-old when he passed away. 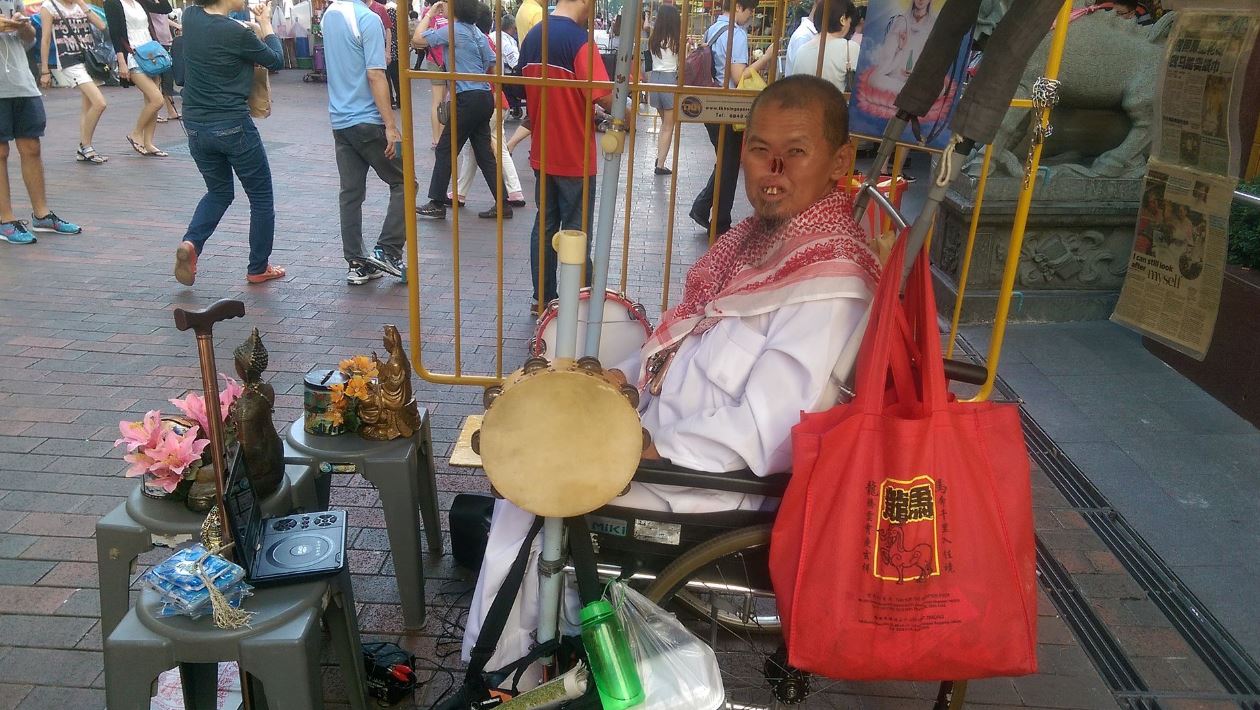 This was how Mr Zeng looked before he had the surgery to remove his nose. He was previously a businessman, politician – he was part of the Workers’ Party in 1991 – and acupuncturist. 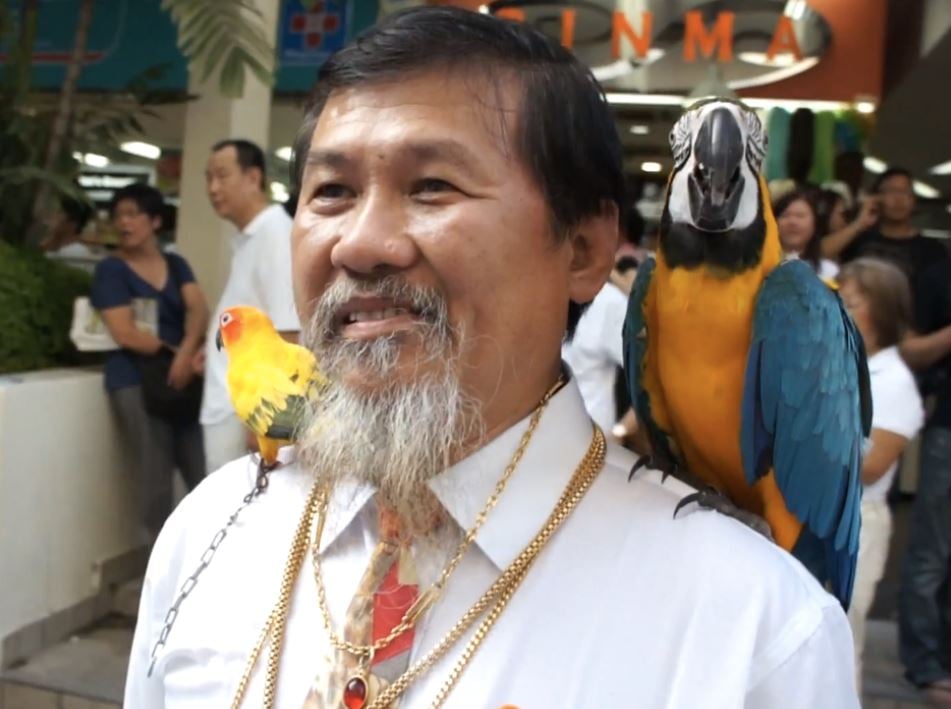 He had earned the name ‘Parrot Man’ in 2008 when he blamed his pet parrot for getting him arrested and used offensive language against 2 police officers. This coupled with his eccentric personality earned him the nickname.

All his life, Zeng had been a perennial candidate (a candidate that rarely, if ever, wins an election). He unsuccessfully contested, or announced that he would contest, in multiple elections — 2006, 2011, the 2012 by-election and 2015.

In 2014, he was diagnosed with nose cancer, whereupon he underwent surgery to remove his nose.

Since then, he has been selling tissue papers for a living, and on certain occasions, pretended to be crippled to garner more sympathy.

In Aug 2018, he had another run-in with the police after verbally abusing another man in Orchard Road. Zeng also had plenty of legal trouble with his acupuncture business. In 1981, he was fined for an advertisement for his piles and pain treatment services, which was prohibited by the Singapore Medical Act.

In 1994, Zeng was accused of assaulting and threatening 2 men who were his neighbours. He was eventually charged and handed a fine of $4,000.

In 1996, a female patient of his accused him of molesting her. Eventually, he was found guilty and sentenced to 4 strokes of the cane and 18 months’ imprisonment.

A year later, a similar molestation charge was filed, for which he received 10 strokes of the cane and 27 months’ imprisonment.

Zeng did have a very difficult life — a difficulty which he seemed to have created for himself. Because of his eccentricities and disposition for nuisance, he quickly became a laughing stock in the country. The nickname ‘Parrot Man’ seems more mocking than endearing.

Nevertheless, in an interview with Rice Media, you learn of a different, more human and compassionate side of him. You see that beyond his eccentricities and sometimes hostile behaviour, he’s just like any one of us. Rest in peace, Mr Zeng.