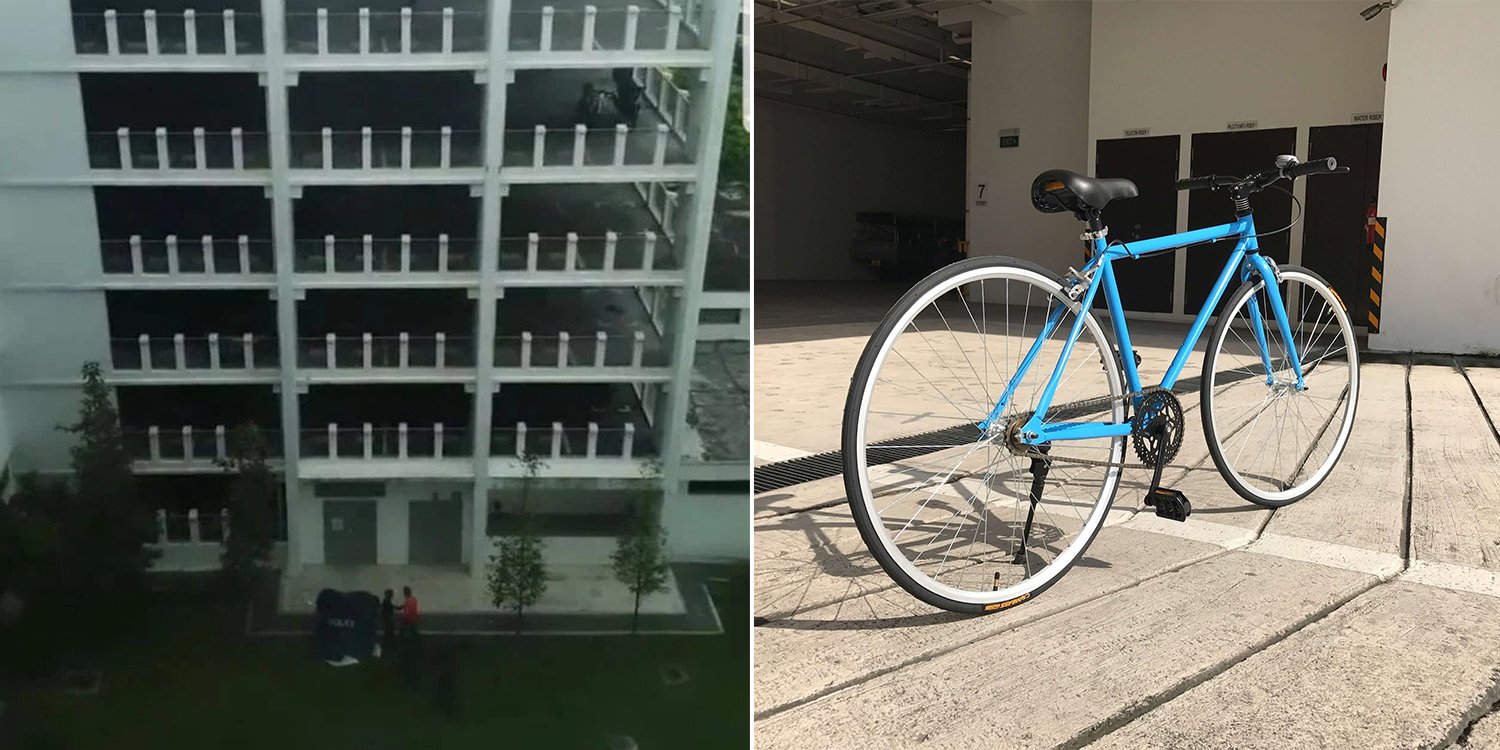 In Jan this year, before the world faced a pandemic like we haven’t seen in the 21st century, a girl was found at the foot of a car park in Pasir Ris.

You can read about that incident here.

Apparently, she’d fallen to her death. It turns out that she’d been riding her friend’s fixed-gear bike, but hit a metal railing — throwing her over.

This was confirmed by a state coroner today (23 Oct), who ruled that there was no foul play involved, according to Channel NewsAsia (CNA).

However, she warned that the incident raises concerns over fixed-gear bikes, which must be braked by back-pedalling instead of with brakes.

The girl had learned to ride a normal bicycle a year ago, but had no experience with fixed-gear bikes.

Girl fell to her death in Pasir Ris car park She was interested in trying out the bike, and so her friend offered it to her.

It was noted that the girl was 1.53m tall and was too short for the bike, even after a seat adjustment.

Regardless, she got on and rode from deck 6B to deck 7A of the car park.

However, she had trouble with the bike and said she wasn’t feeling confident about riding it, having not ridden one in a while.

When she rode back down from the 7th level, she shot past her friend, who’d walked with her as she was riding.

Due to her inability to control the bike, it continued going forward and hit a metal railing – about 1m high – and the impact threw her off her seat.

Although she managed to hold on the railing, she lost her grip and fell, hitting the ground 6 floors below.

Unfortunately, she perished from her injuries shortly after.

State coroner Kamala Ponnampalam found that her injuries were “consistent with a fall from height”, and that there wasn’t any foul play involved.

Calling it an unfortunate misadventure, she flagged certain issues with the fixed-gear bike she was riding. 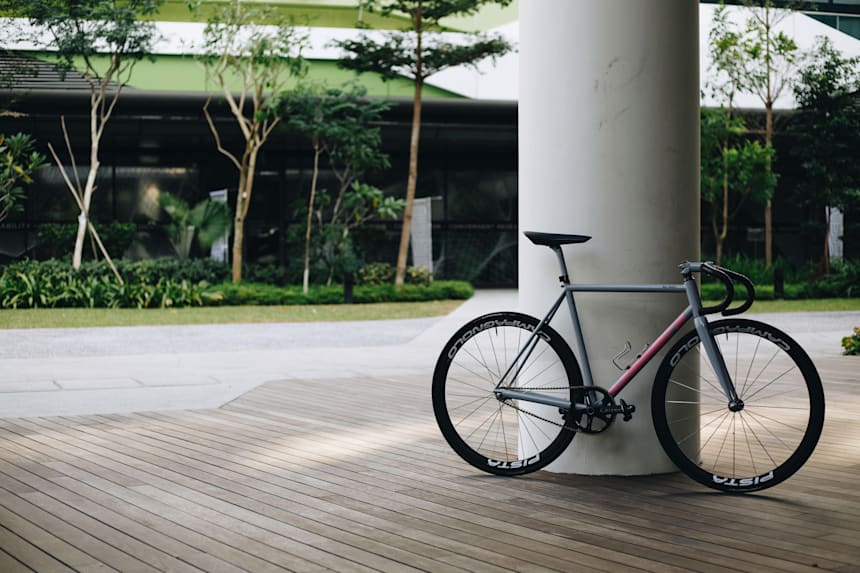 As mentioned before, a fixed-gear bike has no conventional brakes and requires back-pedalling to stop. Ms Ponnampalam said one must use a lot of force and power to backpedal the bike.

The Land Transport Authority (LTA) has no rules governing brakes on bikes, which it said is something they’re reviewing, according to CNA.

And you can also buy a fixed-gear bike like a normal one with no restrictions, even though they’re harder to use and are meant for experienced users.

Recognising the potential issue, LTA now has a panel reviewing regulations for brakes on pedal-riding bicycles.

That said, a helmet might not have made a difference for the girl’s case, she noted.

Condolences to the girl’s family & friends

There are definitely safety risks when riding fixed-gear bikes at a car park, as the metal railings aren’t tall enough and losing control can lead to disastrous scenarios.

Regardless, LTA are studying the use of bikes to see if there needs to be more regulations over fixed-gear bikes.

What we’ve learned from this misadventure is that you need to be experienced to ride a fixed-gear bike. Don’t try a Fixie just because it’s cool.

MS News offers our condolences to the girl’s family & friends, and may she rest in peace.

Featured image adapted from Facebook and Bicycles.sg. Picture on the right for illustration purposes only.