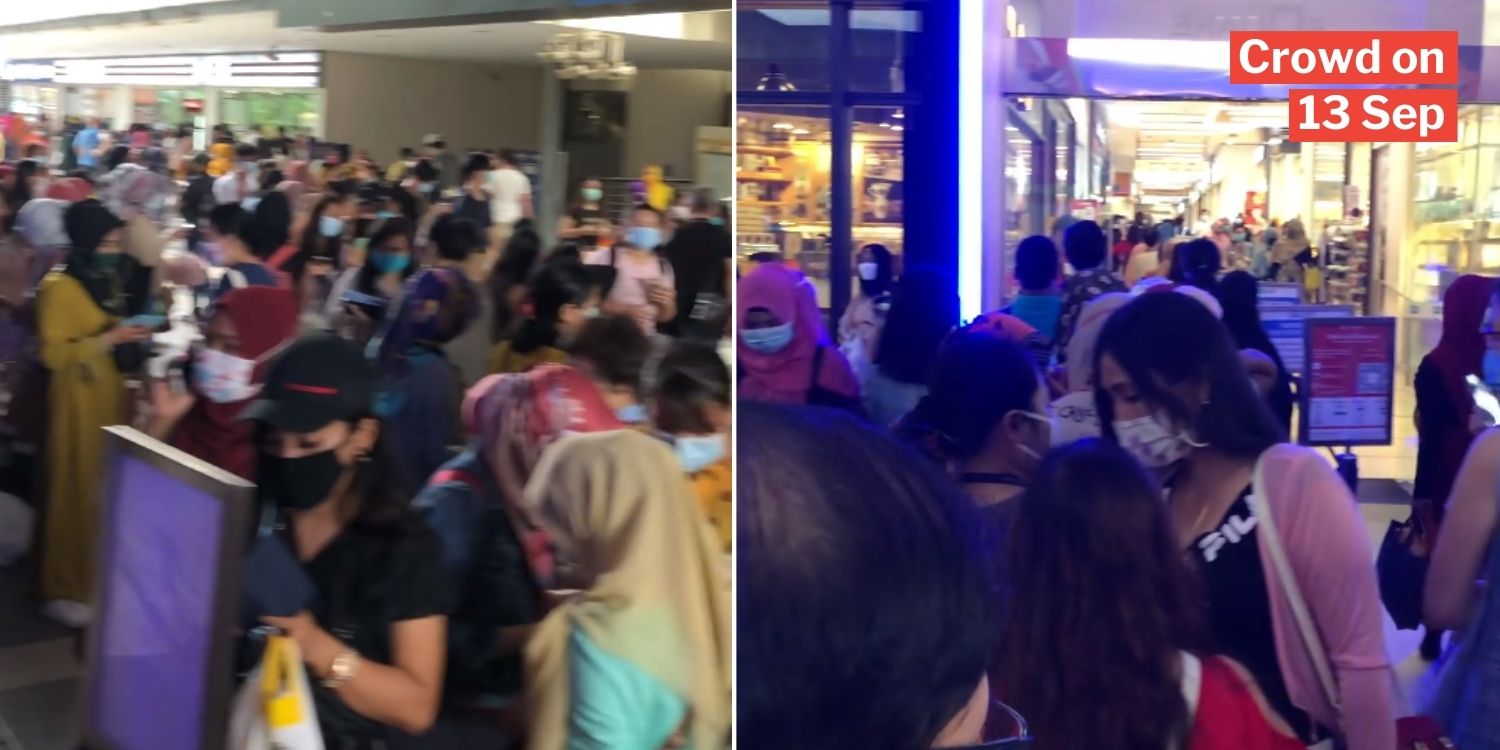 Meeting friends for a meal outside has become a norm now that we’re in Phase 2, but safety measures are still in order.

With Covid-19 infections still a real risk, large crowds in public spaces are rather unsettling sights. This was the sentiment many netizens shared after seeing a video of people gathering outside Paya Lebar Square.

Garnering over 800 shares and almost half as many comments, the clip on All Singapore Stuff’s Facebook page caused quite a stir.

All Singapore Stuff posted the video clip of a crowd of people lingering outside Paya Lebar Square on Sunday (13 Sep).

Stating what many would have on their minds, the admin questioned the visible lack of social distancing. 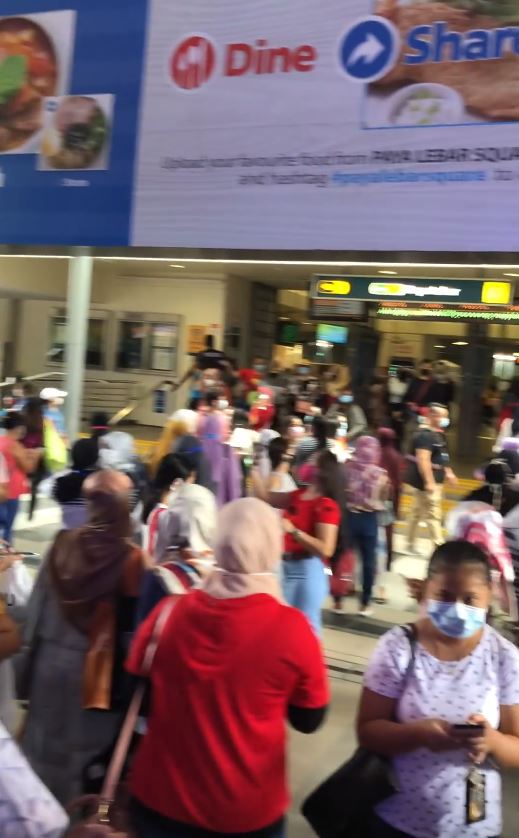 The crowd appeared to spill out from the Paya Lebar MRT station exit and merge with the lines of people queuing to enter the mall.

One positive observation is that they all wore masks, and patiently queued to check in via SafeEntry.

Lack of safe distancing between people

Nevertheless, the close proximity in which they stood seemed to contradict all other safety precautions.

It was hard to tell where certain groups started and others ended, that everyone looked like part of a homogeneous crowd. Those in line to enter the mall also didn’t appear to be standing at least 1 metre away from each other.

Not an unusual sight on weekends

Netizens who had been there on a weekend commented that they did spot Safe Distancing Ambassadors (SDA) doing their rounds.

However, the SDAs were apparently powerless to handle such a large crowd, one netizen claimed. Others added that the situation isn’t exclusive to Paya Lebar, as many malls apparently witness similar scenes.

Straying away from criticisms, one Facebook user suggested that the heavy rain yesterday (13 Sep) could have driven everyone to seek shelter in that area. 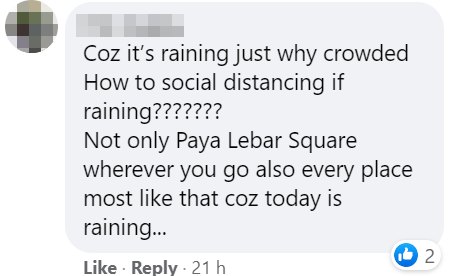 Since it showered over the entire country, she surmised that circumstances would have been similar everywhere else.

Not only will they able to deal with more people, but more jobs will be created too.

Whatever the reality may be, the responsibility ultimately lies on each of us to do the right thing.

Avoid congested places as much as possible, and make sure to keep a safe distance from the next person.

We’ve made great progress fighting Covid-19 so far, so let’s not take any steps back.