Waddling right into our hearts.

We’re officially on Day 8 of our ‘Circuit Breaker’ measures. But some Singaporeans have still been called out for their failure to maintain safe distancing with each other. Naturally, seeing social media posts about these incidents leave many of us frustrated. However, there is but one select group of feathery friends who can get away with flouting ‘Circuit Breaker’ & social-distancing guidelines — our penguins from Singapore Zoo. 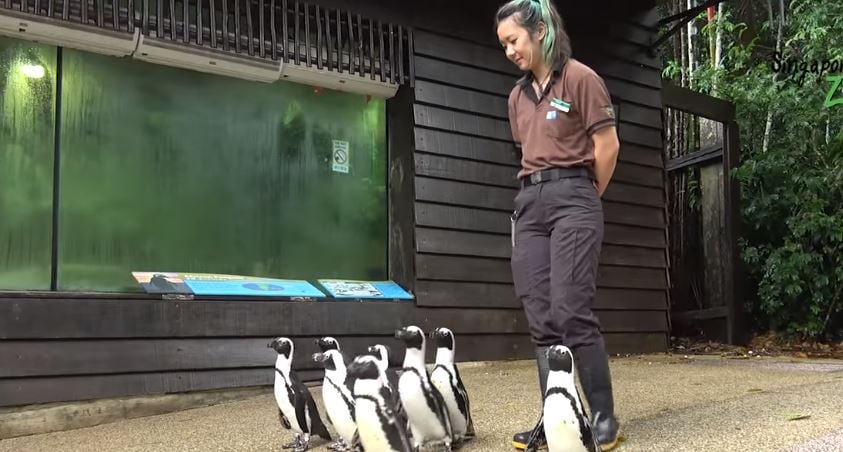 These little ones were allowed to go on a mini-excursion around the zoo while it remains closed to visitors till further notice. Watch their adorable antics here in this video by Wildlife Reserves Singapore (WRS) posted on Sunday (12 Apr).

As they waddled through playgrounds & clambered over seal statues, bringing smiles to netizens, the real question is — can we bring ourselves to fine them?

Waddled around playground & explored other exhibits

A flock of baby African penguins were spotted waddling freely around public areas within the Singapore Zoo recently as they got to explore new places within the facility.

With less human traffic from ‘Circuit Breaker’ measures, creative zookeepers decided to take the flock out on a learning journey around their enclosure.

The video also depicted the birds sauntering around the playground, curiously exploring slides and seesaws for the first time.

Though they might not have figured out how to operate them, the group evidently still had a fun time touring new territories.

Penguins visited the sea lion statue instead of their neighbours

However, the ‘no visiting friends from another address’ rule still applies, no matter how cute they are. This means that they could not visit other enclosures within the park.

The penguins did however manage to visit the sea lion statues, a convincing substitute for the real deal. 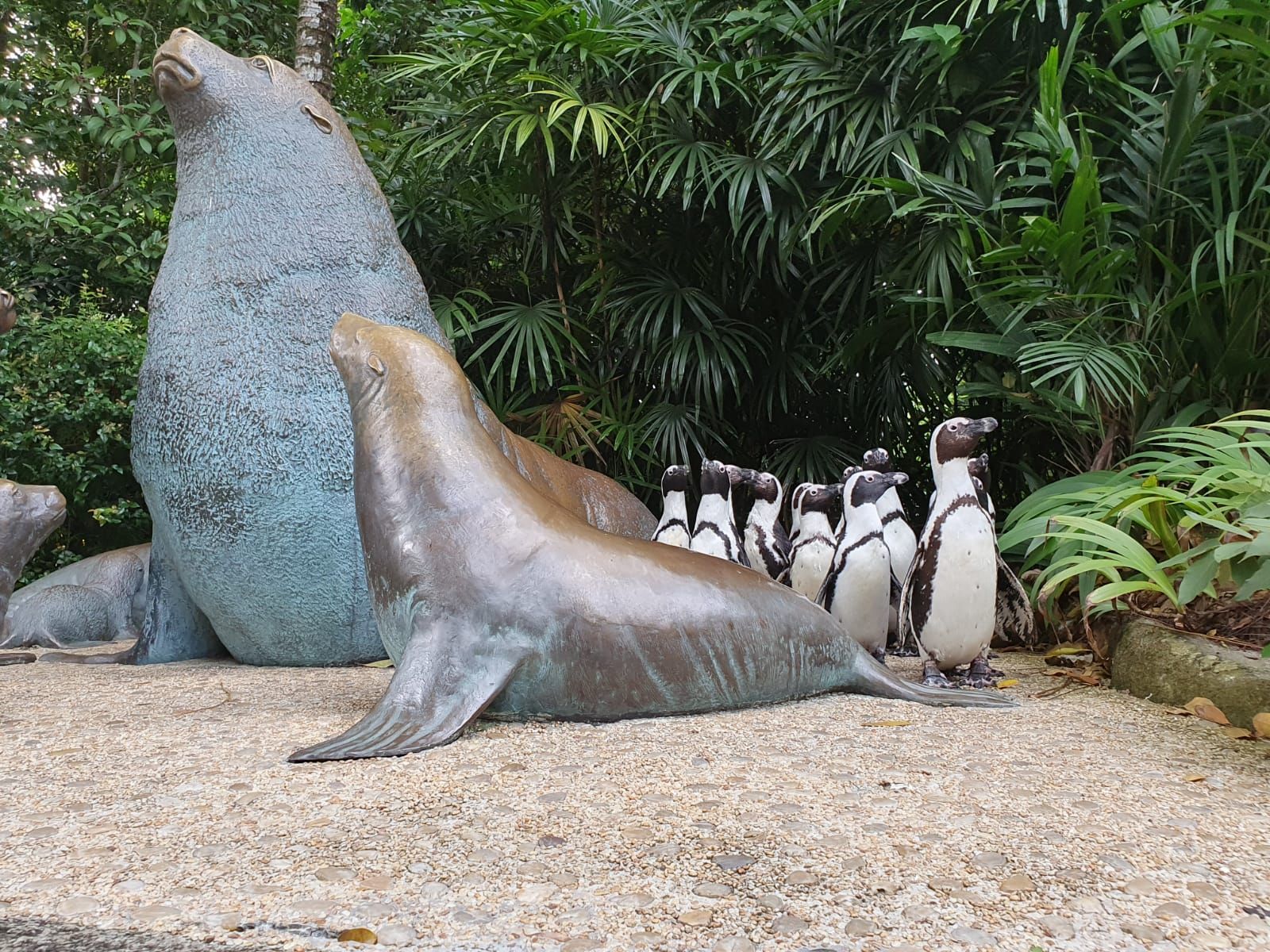 One by one, they hopped on to the platform to greet their ‘friend’, adorably conquering the space.

Way too cute to be fined?

Though the closure of our beloved zoo and other attractions is a real bummer, we’re glad that WRS found a way to ensure our animal friends can now take a breather outside of their enclosures.

Hopefully, more animals will get to enjoy their newfound freedom while visitors are advised to stay home.

WRS has promised more hilarious videos in the near future, and we can’t wait to see what animal will be featured next.