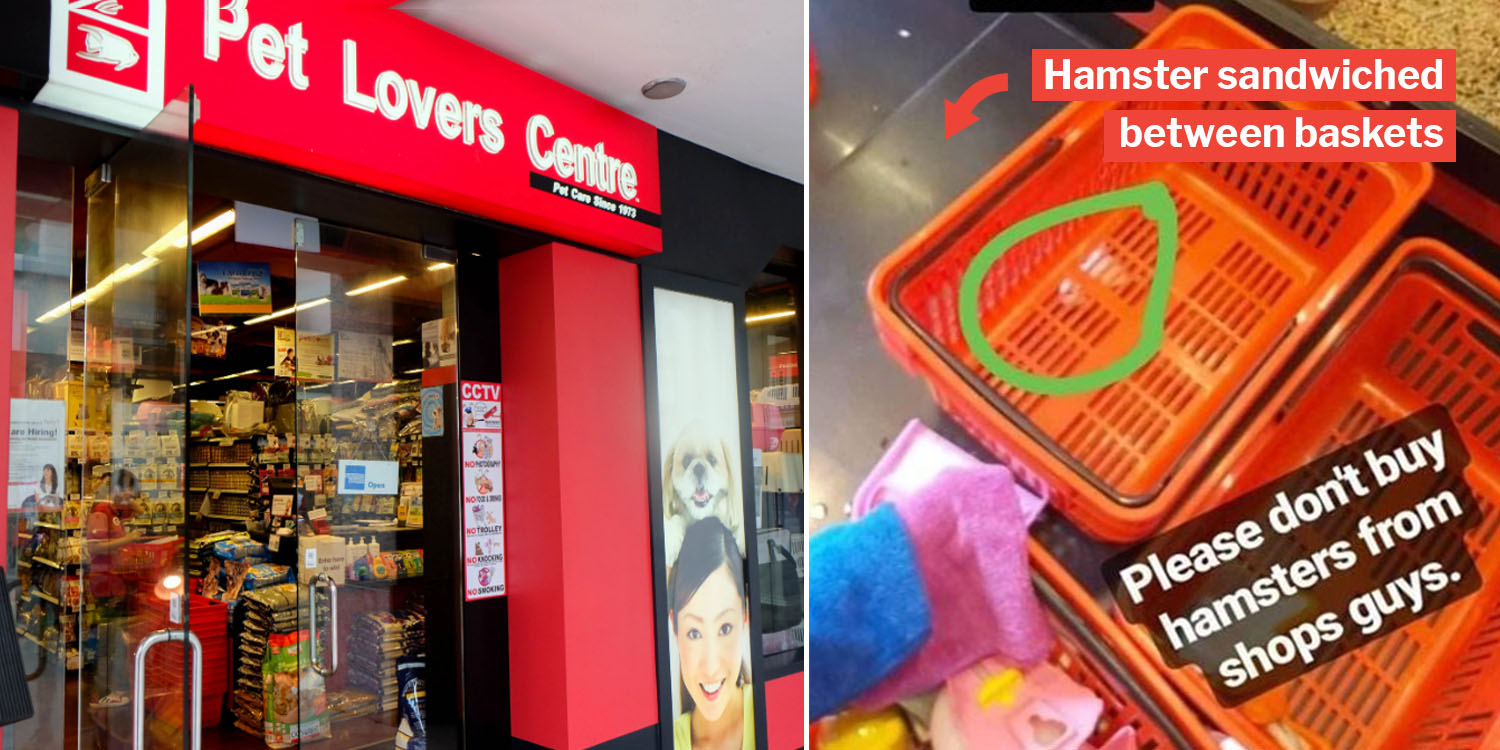 People who adore pets are willing to stand up for what’s right when it comes to defending animal welfare.

As evidenced by a hamster lover, who walked into a pet store in Ang Mo Kio last Saturday (3 Aug) and was shocked to see what was going on during a cage cleaning session.

It seemed that a hamster was sandwiched between 2 baskets while its cage was being cleaned. 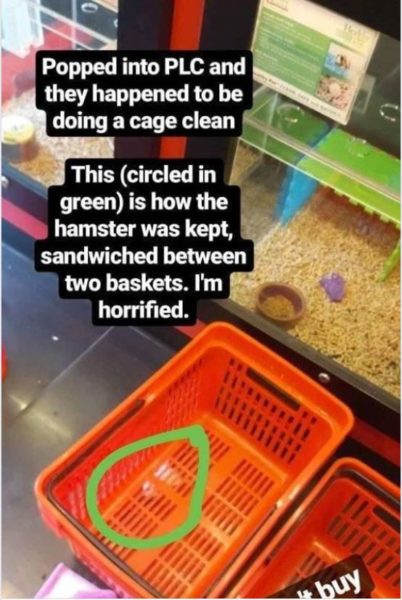 According to a Facebook post by Hamster Society Singapore (HSS), the concerned hamster lover immediately contacted the society to report it.

A day after the post went viral, MS News contacted the pet shop in question, Pet Lovers Centre Singapore (PLC), for their side of the story.

We summarise the posts from both parties.

On Sunday (4 Aug), HSS posted a lengthy account of the sandwiched hamster, accompanied by a picture on their Facebook wall. They tagged the pet shop too, asking for an explanation. 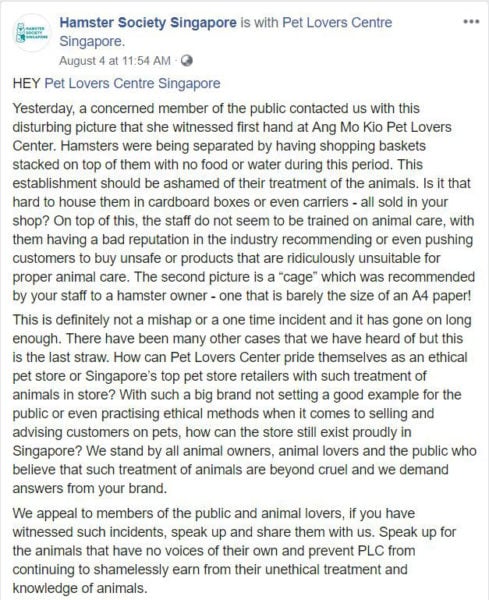 They alleged that the concerned hamster lover saw hamsters being stacked on top of each other in between shopping baskets when their cages were being cleaned.

They also claimed that the hamsters had baskets stacked on top of them with no food or water during this period.

HSS questioned the pet shop’s ethics and criticised them for their negligence in ensuring the safety and well-being of their hamsters.

Netizens’ reaction in the comments section

This netizen commented that the pet shop could have placed the hamsters in small holding cages. She also added that their standard of animal care is worrying.

Another netizen also urged the pet shop to better educate their staff on hamster care.

On the other hand, this netizen shared that this is her first time encountering such an incident based on her past experiences with PLC.

Pet Lovers Centre’s side of the story

Responding to MS News‘ queries, Pet Lovers Centre Singapore has explained their side of the story.

They first assured that no harm had come to the hamsters, contrary to what was alleged by HSS.

They then explained that the hamsters were only placed in the shopping baskets while their enclosures were being cleaned. 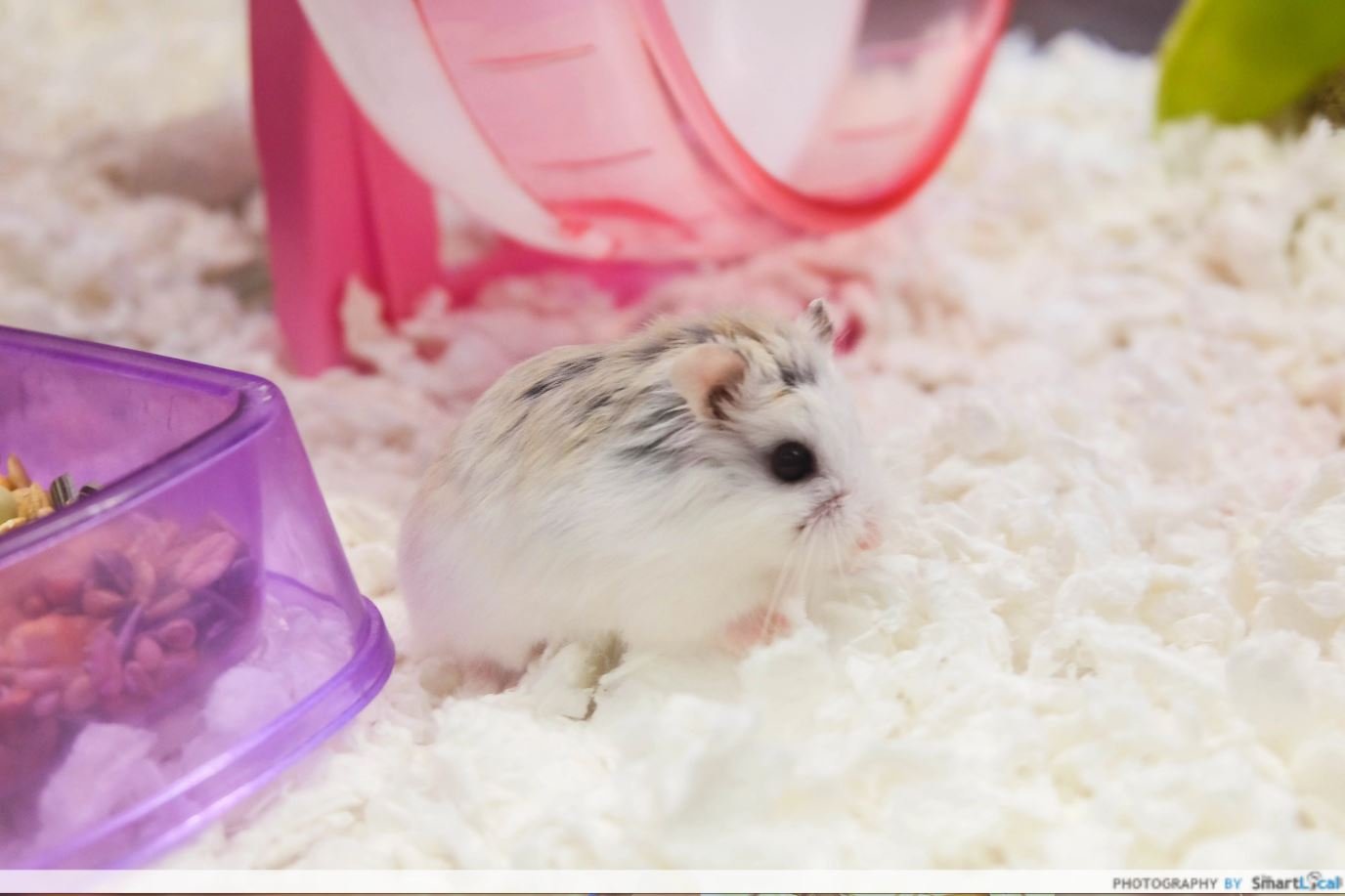 The shopping baskets, according to PLC, “are strong enough to protect the hamsters from harm”, and were safe. There was also no deprivation involved as they were only in the baskets for 15 to 20 minutes.

However, they accepted that more can be done for the hamsters and have implemented the following protocol:

PLC will step up periodic checks in all stores to ensure the above is done. Finally, they “seek everyone’s understanding as we implement our enhanced protocol.”

Everyone deserves a second chance

After hearing from both HSS and PLC, we have chosen to walk the middle ground between both parties.

We agree that the act of wedging the hamsters between shopping baskets isn’t acceptable, as there could have been more appropriate ways to keep them temporarily.

However, we also trust that the pet shop has reflected on the incident and with enhanced protocols, such circumstances won’t be repeated.

Also, since the hamsters have reportedly not been harmed in the process, we hope this incident would serve as a wake-up call for PLC’s staff to be more mindful of hamster care. 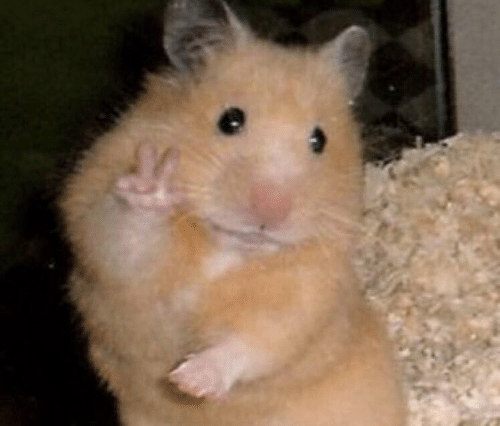 What do you think of the incident? Let us know in the comments section below.

Feature image adapted from Facebook and TheSmartLocal. The cover picture used is for illustration purposes only, and does not reflect the actual store involved, which is the Ang Mo Kio branch. 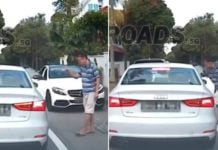