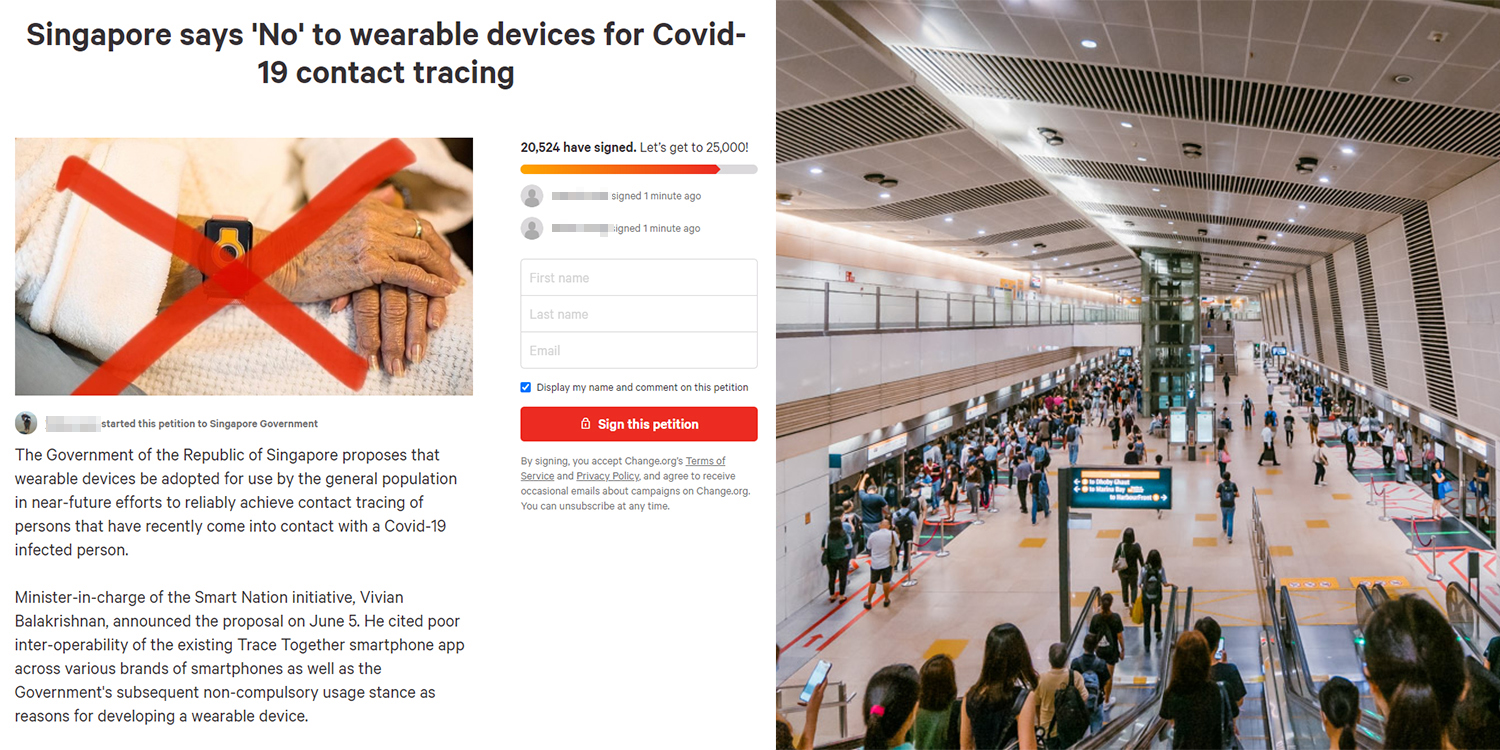 Singaporean Petition Against Contact Tracing Device Gets Over 19,000 Signs

Recent plans by authorities to unveil a wearable contact tracing device haven’t gone down well with some, judging from a petition on change.org.

The petition, titled “Singapore says ‘No’ to wearable devices for Covid-19 contact tracing“, has over 16,000 signatures at the time of writing. 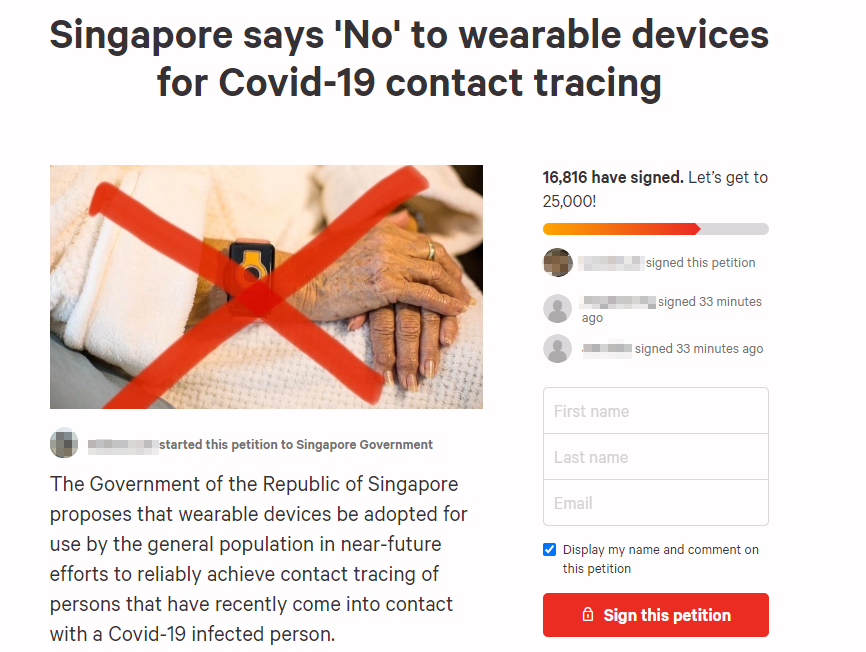 The petition creator, a Mr Low, claims that such a device would lead to a loss of privacy.

Read on to find out more.

Netizens claim device would lead to loss of privacy

However, full details aren’t out yet.

Issues with some smartphone devices was cited as a reason for the impending move, according to Reuters.

The netizen argues that “all that is stopping the Singapore Government from becoming a surveillance state” is making such a device mandatory to wear by law.

They also reject the claim that the contact tracing device would be ‘for the greater good’.

Currently, TraceTogether is not mandated by law due to the aforementioned smartphone issues.

On the other hand, a wearable device may be easier to enforce by law, as with the one mandating mask-wearing.

The Singapore People’s Party (SPP) issued a statement on 7 Jun regarding the wearable devices. You can read the entire statement here.

While they understand the need for drastic measures to combat the Covid-19 pandemic, they say these measures must still be justified.

Due to the sensitivity of the data they plan to collect, the SPP says there must be provisions to protect this data. As such, they ask the following questions:

The SPP also rejects a counter-argument that “those who have nothing to hide should not oppose government surveillance”, as the lack of privacy “can create very serious risks” at both individual and national levels.

While most Singaporeans understand the need to conduct contact tracing, the authorites must realise the potential risks of a wearable tracing device that cannot be taken off.

These risks have to be addressed, at the very least, before we implement something like this.

We don’t know how effective the petition will be, but there is hope that some questions over privacy can be answered.