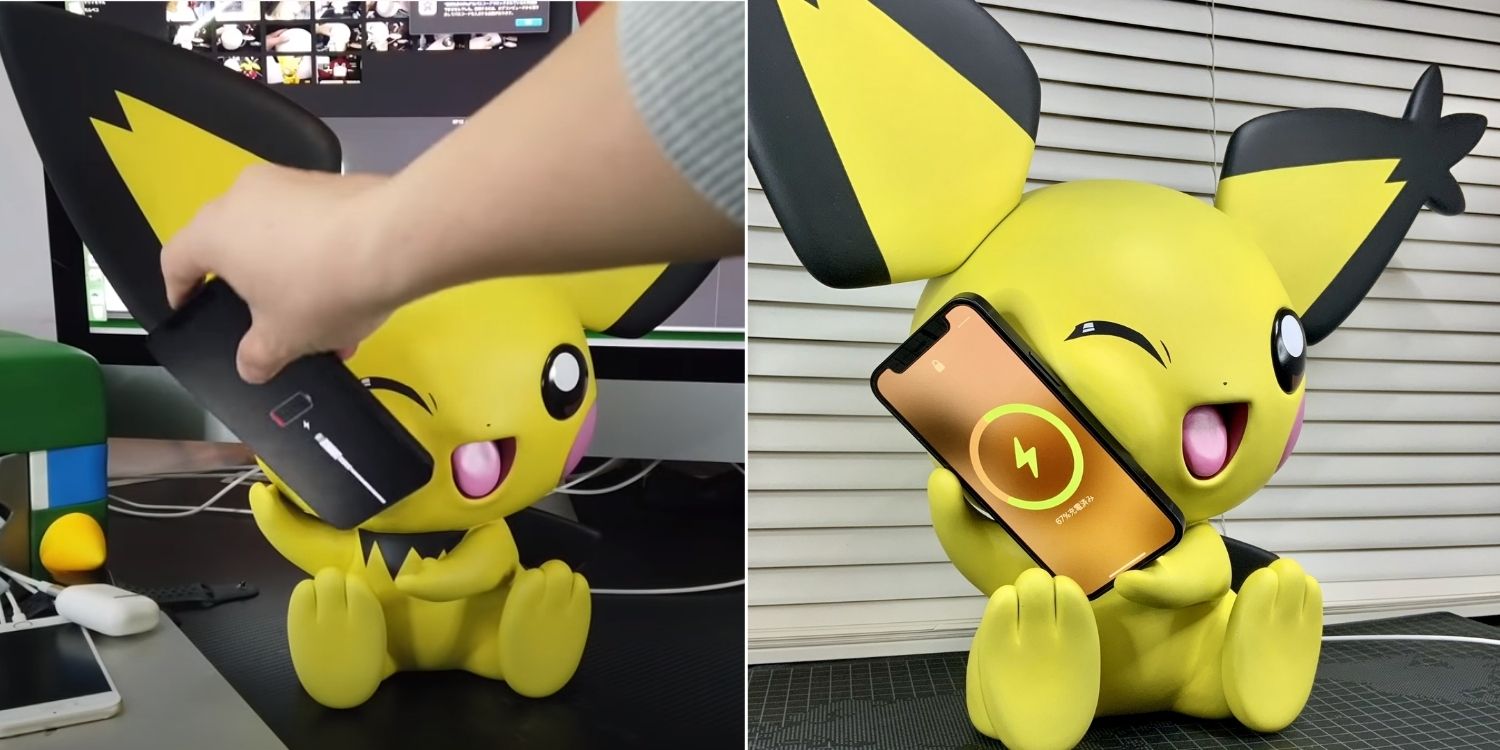 Cute cheeks that are also functional.

This Pichu Clay Figurine Is Also A Handy Phone Charger

The advent of wireless chargers heralded an exciting era for smart phone users. Now that they’ve become more or less of a norm, we’re looking for the next big thing, perhaps like this Pichu clay figurine. 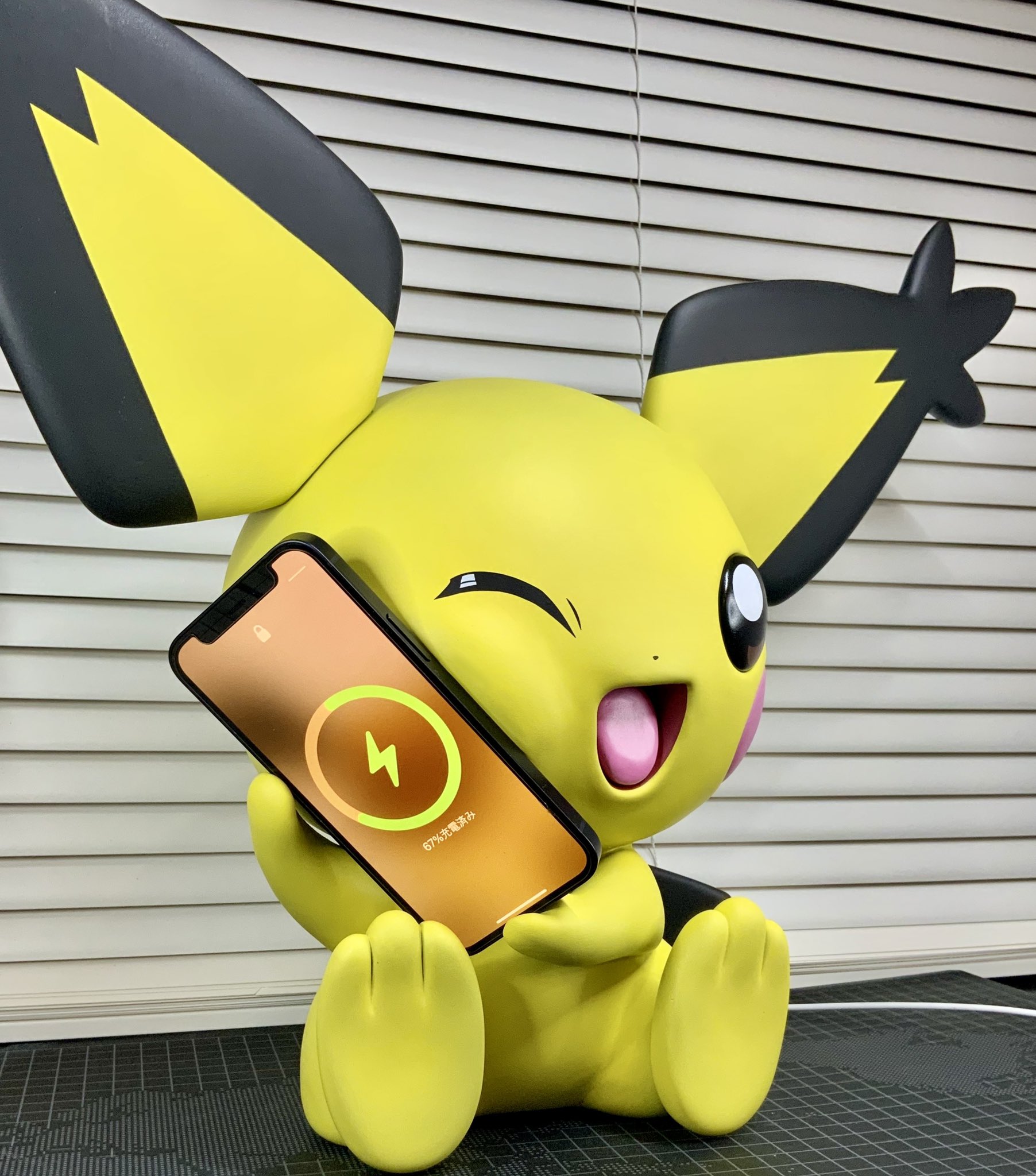 At first glance, you’d think, “Aww, how cute, it looks like it’s using a phone.”

But stare a little closer and notice the charging sign on the screen, as the back of the phone rests against Pichu’s cheek.

Put the 2 together and you’d realise the ingenious creation — a Pichu phone charger that discharges electricity from its cheeks, just like the actual Pokémon.

Bringing the Pokémon’s powers quite literally to life, he embedded a MagSafe charger in Pichu’s right cheek. 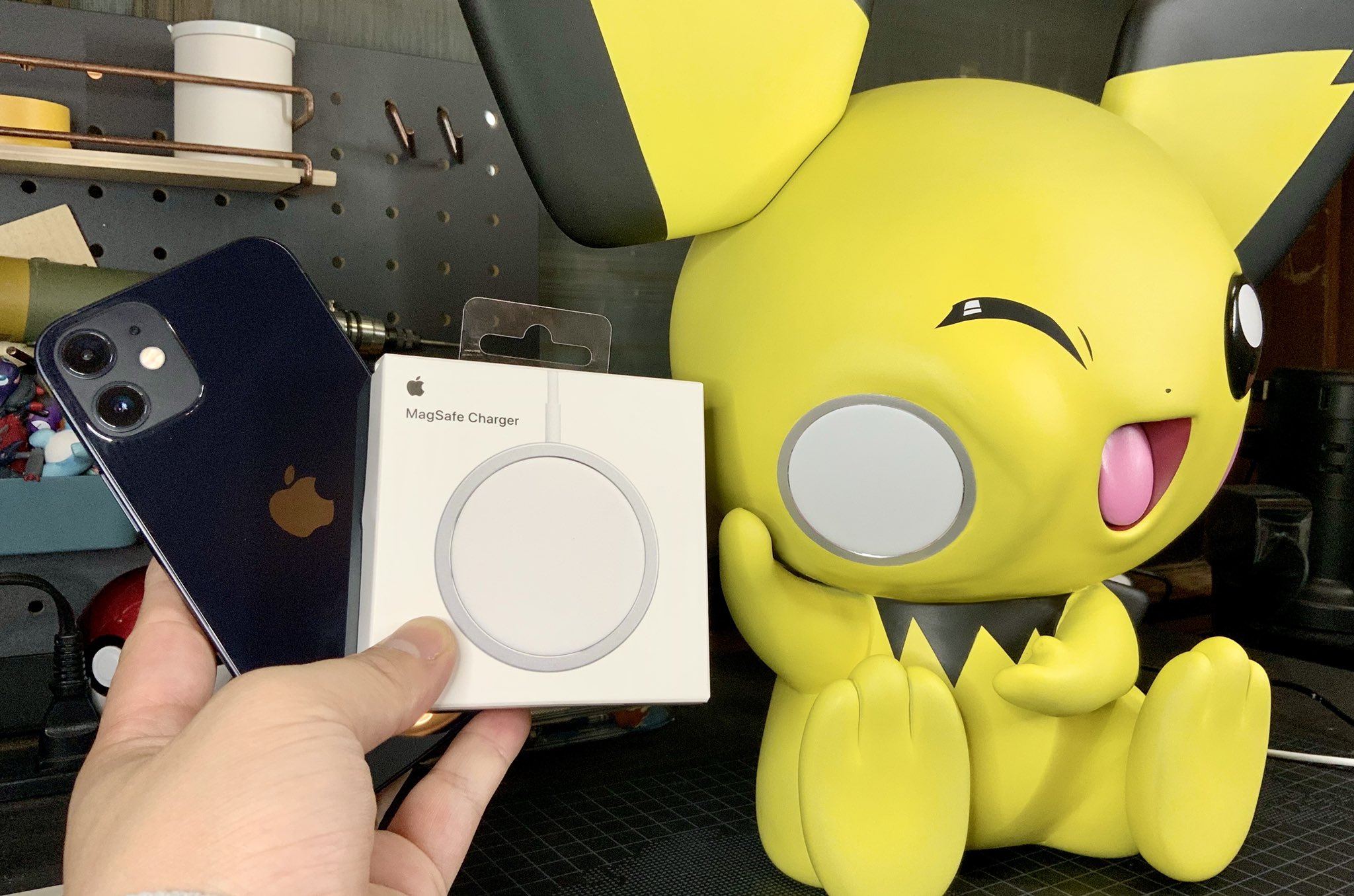 With its right arm up and a flatter surface from its squished cheek, placing your phone there to charge will make Pichu appear like it’s in a call. 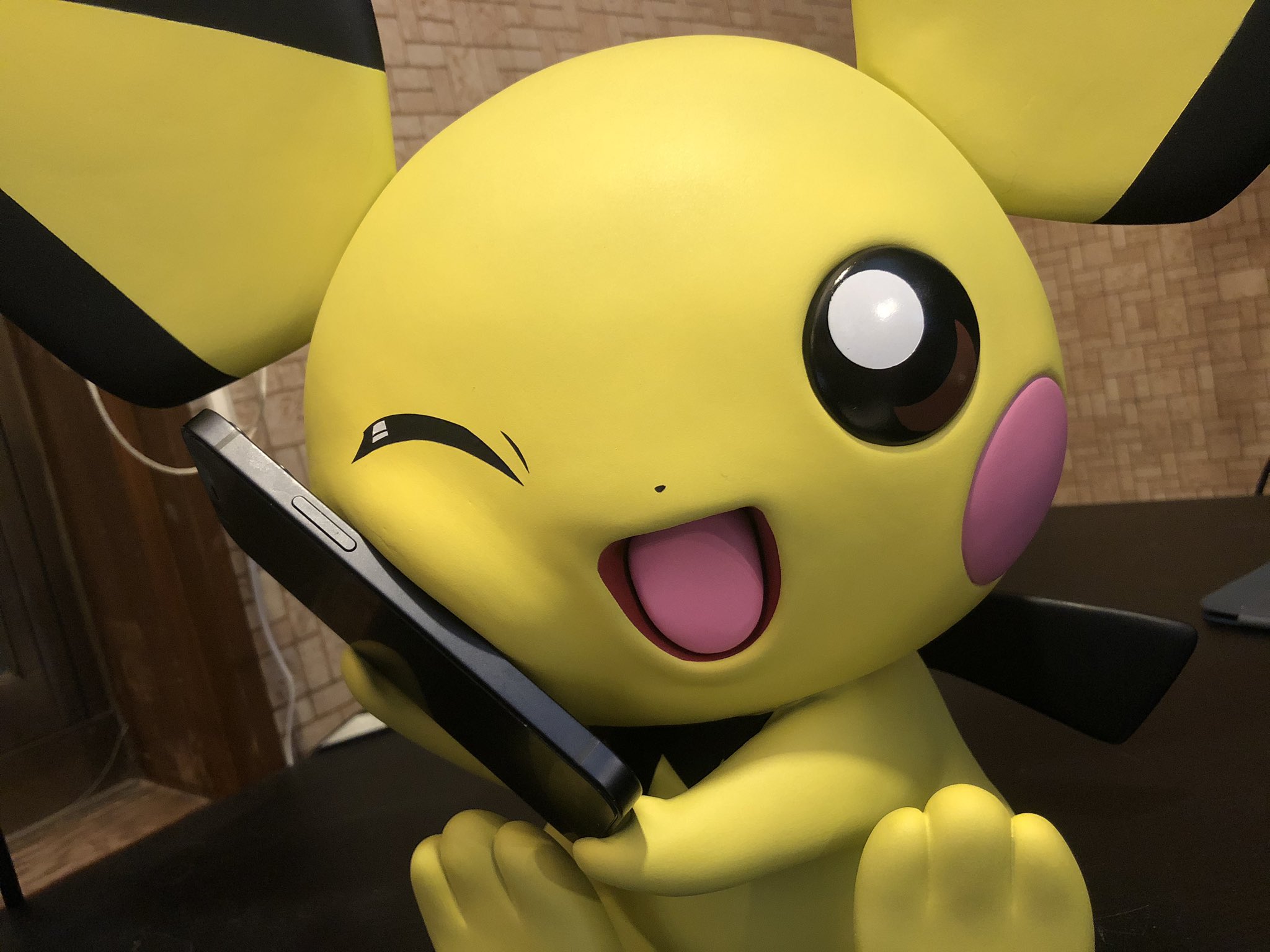 You can leave your phone in Pichu’s good hands without worrying about it dropping since the magnetic charger will hold it in place.

If you’re struggling to resist Pichu’s cuteness as much as we are, you’d be happy to know that the figurine is of a huggable size.

By that, we mean that you can even hold it in your arms if you can’t bear to part with both Pichu and your phone. 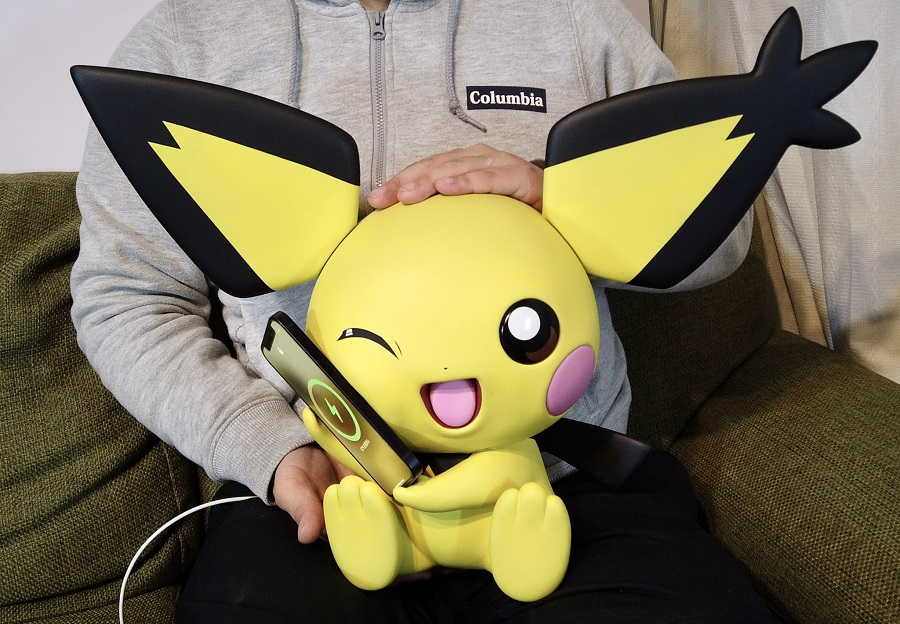 Even when you’re not charging your phone on Pichu’s cheek, you can use it as a convenient holder for thin items like books. 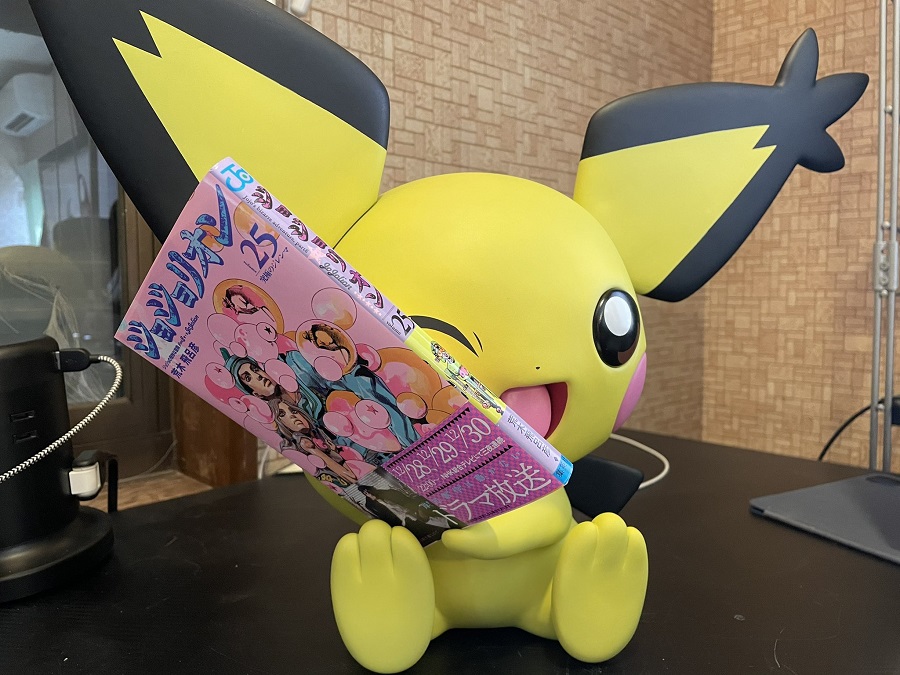 Behold — now you’ve unlocked a new ability no other Pokémon trainer probably has.

Since Clay Yoshirin seems to be a hobbyist rather than a business platform, we doubt this unique Pichu phone charger is available for purchase.

Regardless, many who commented on his creation appear to have no qualms parting with their life savings to get it. If you’re one of them, you can try your luck by dropping him a message.

Otherwise, you can continue to appreciate and marvel at his creations by following him on Twitter and YouTube. You can watch his Pichu-making process in the video here:

Would you purchase the Pichu phone charger if it was available? Let us know in the comments.