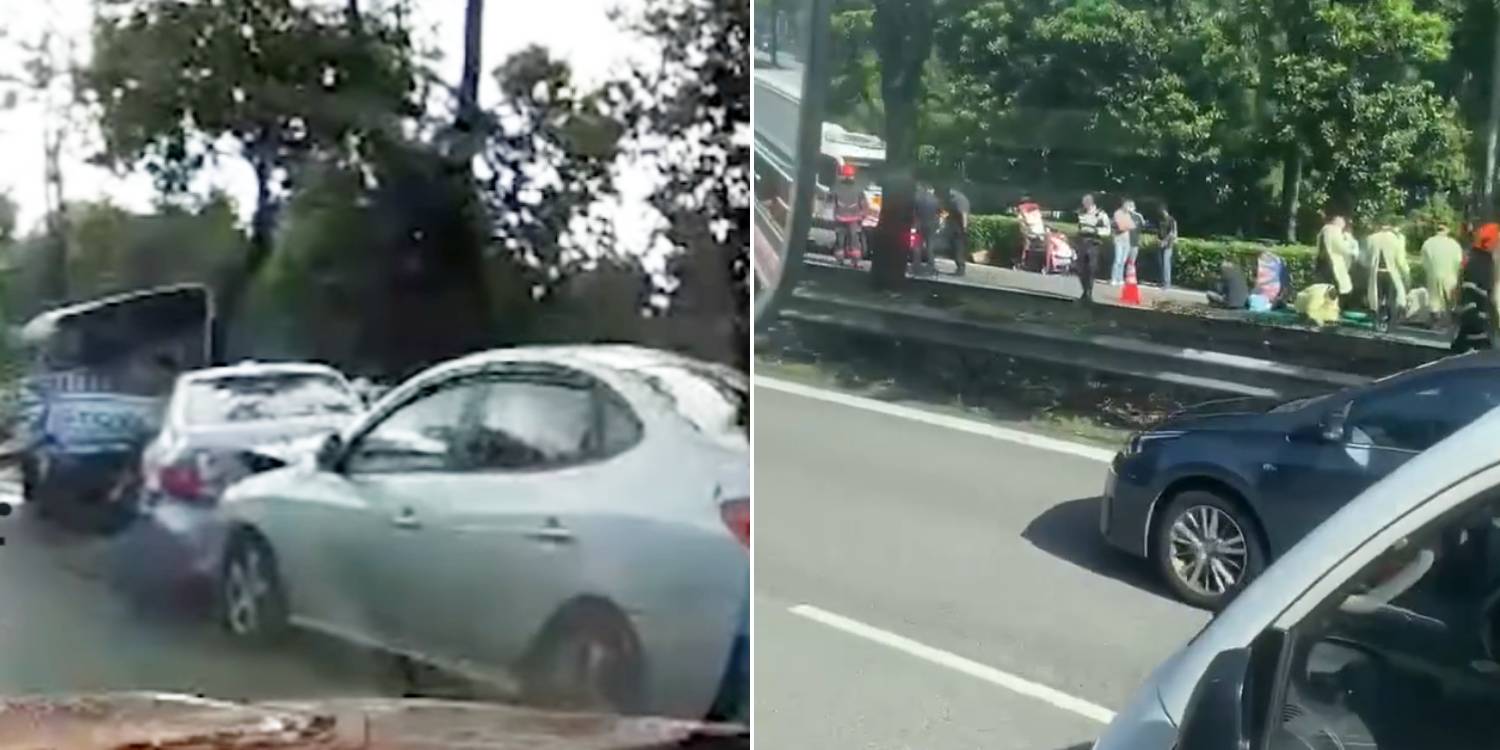 8 out of 10 injured were lorry passengers.

Among the affected vehicles were 3 lorries ferrying migrant workers on the back.

According to SCDF, 10 people were taken to hospital, while another 3 declined further treatment and were not sent to hospital.

From a video clip of the incident shared by Beh Chia Lor, the accident appeared to first involve 2 vehicles – a trailer and a motorcycle – before the others got caught in the ensuing pile-up.

Both police and SCDF were called, at 8am and 8.05am respectively, to the scene before the Jalan Eunos PIE exit towards Changi Airport.

The accident caused both the first and third lanes to be closed off, leaving just 1 lane open.

This caused jams that allegedly stretched all the way to Kallang.

Police said that 10 people were taken to hospital. 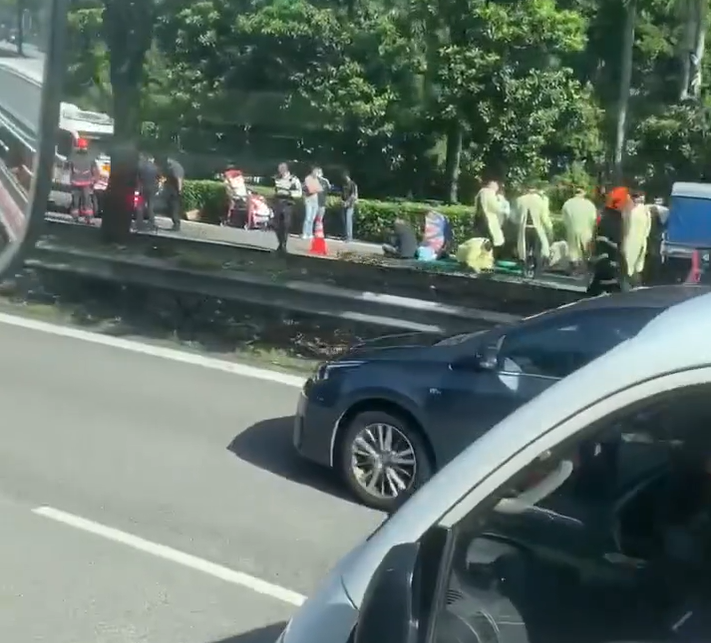 All of them were conscious when taken to hospital.

Another 3 people declined to be taken to hospital, although they were treated for minor injuries.

8 of the 10 people taken to hospital were passengers on the 3 lorries.

For the lorries to be ferrying the workers, they’d have had to be sitting at the back.

This is an unsafe practice that’s been flagged multiple times in Parliament. Regrettably, it’s a practice that continues to this day here.

All of them may have been conscious when taken to hospital, but this doesn’t change how unsafe it is.

Speedy recovery for the injured

We truly hope for the welfare of workers that the practice of ferrying workers via lorries is put to an end.

No amount of savings is worth the cost of a human life.

We wish all the injured a speedy recovery.