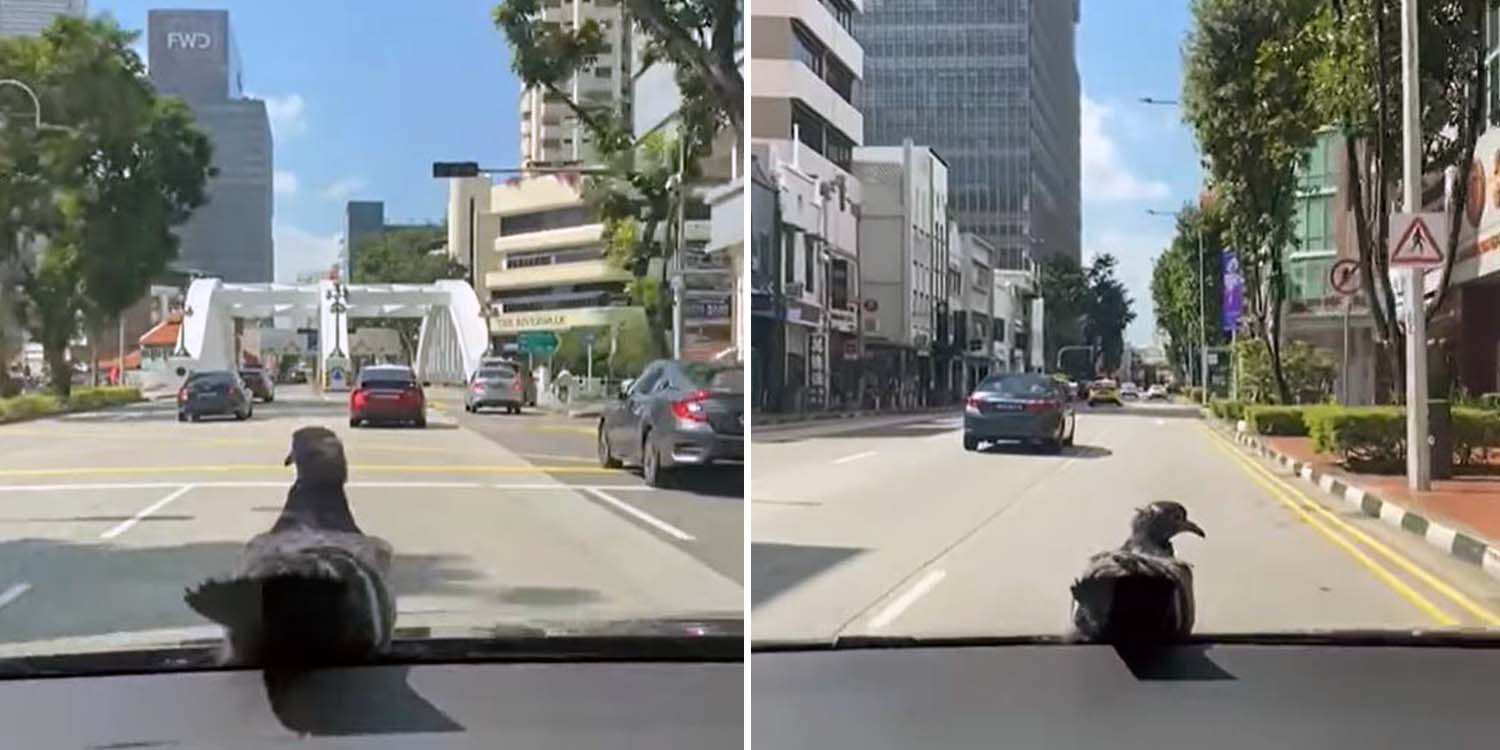 Here in Singapore, we often see birds like mynahs and pigeons wandering around our concrete jungle.

We usually see them waddling around on their feet or flying, so to see them using any other modes of transport is certainly befuddling.

On Monday (10 Jan), a man took to Facebook group Singapore Wildlife Sightings to share about a pigeon that landed on the bonnet of their moving car.

The unbothered pigeon even stayed on throughout the duration of the video, seemingly hitching a ride to Clarke Quay.

The 42-second video shows the pigeon casually sitting on the bonnet of the car which was driving along North Bridge Road. 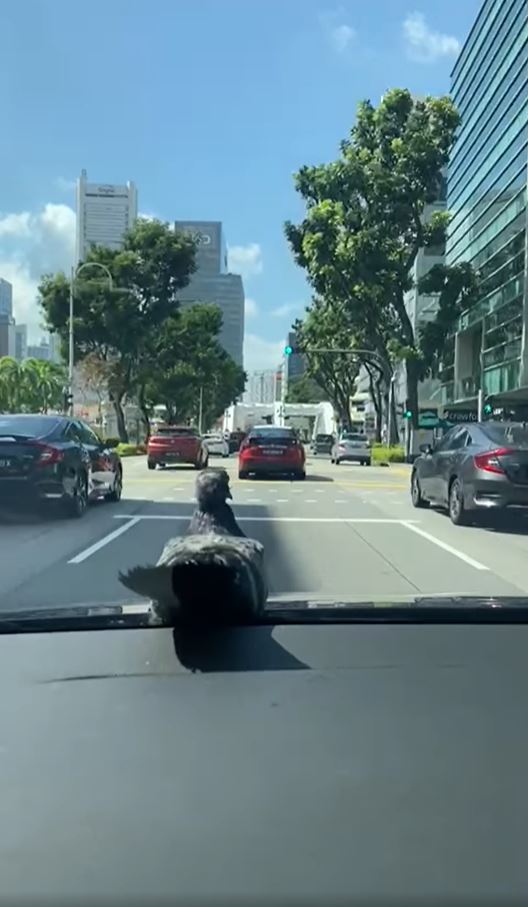 The bird got comfortable within seconds, resting its tail feathers on the windscreen with the wind blowing through its hair, or rather, feathers.

At this point, a man in the car jokingly said, “Pigeon. How much are you going to pay us for this ride?”

The creature even appeared to be bobbing its head around as in took in the sights while the car crossed the Elgin Bridge.

A woman in the car soon expressed her worry for the pigeon.

The man then said that he would have to pull the car over somewhere to chase the pigeon off.

As the car moved along South Bridge Road, the woman suggested that they bring the pigeon to a park.

Hearing this, what sounded like a child’s voice quipped that maybe the pigeon’s nest would be there.

Driver pulls over to chase pigeon away

Despite the humans’ worries, the pigeon continued to nonchalantly sit atop the moving vehicle.

Another woman’s voice was then heard asking if the bird would fly off when the car sped up.

The other female passenger replied that the problem was that they weren’t even sure if it could fly.

After a few moments, she then laughingly said in realisation, “Oh it did fly onto the car though.”

According to the Facebook post, Mr Ng did eventually pull the car over to chase the pigeon away. He added a disclaimer that the pigeon was not harmed.

Netizens were amused by the smart little pigeon, with some saying that it found out how to enjoy the feeling of wind in its feathers without having to fly.

Others joked that this was the latest GPS installment that provides a “bird’s eye view”.

Many others also felt like the pigeon bore some resemblance to Spirit of Ecstasy, the bonnet ornament sculpture on luxury car brand Rolls-Royce’s vehicles.

Smart to hitch a ride

We’re unsure why the bird landed on the car’s bonnet in the first place.

Regardless, it was very smart of it to hitch a ride from some unassuming humans. It certainly was super coo to watch.

Have you seen any other animal hitching a ride like that? Share with us in the comments below.