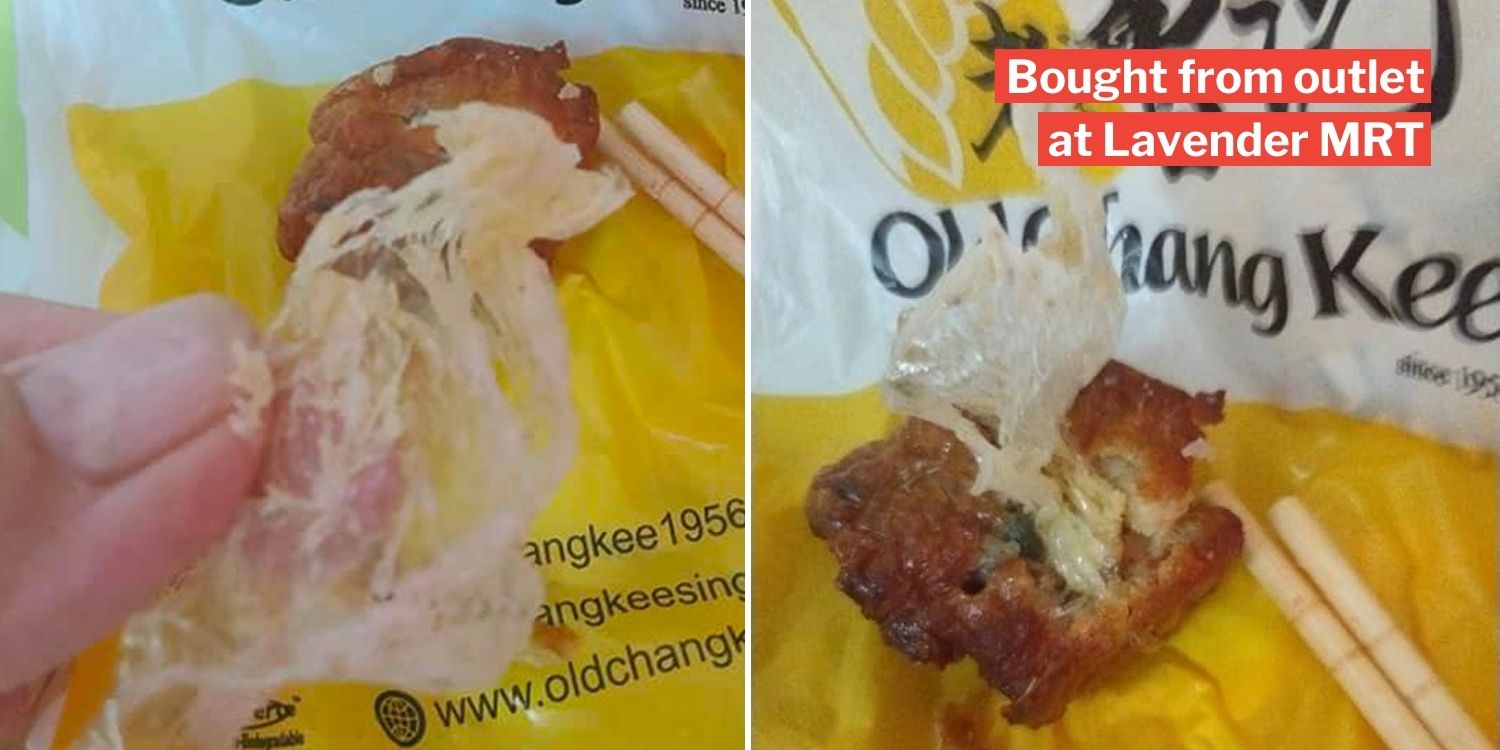 She warns that it could be a choking hazard for kids.

Food is the last place you’d think of finding foreign objects in them. But unfortunate, such cases do happen now and then.

A woman shared on Complaint Singapore Facebook group that while enjoying a snack from Old Chang Kee’s Lavender MRT outlet, she found a plastic wrapper in it. 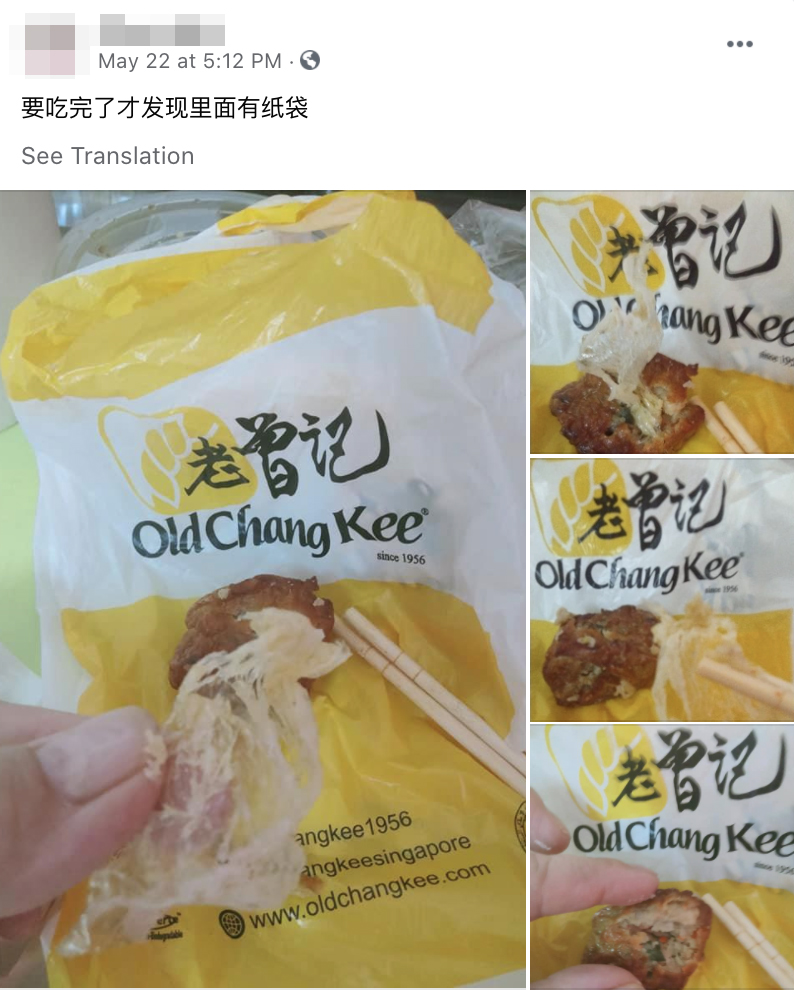 Translation: I was almost done eating when I found a plastic wrapping inside
Source

Old Chang Kee is aware of the incident and has alerted their product supplier to this matter.

On Saturday (22 May), a woman visited the Old Chang Kee outlet at Lavender MRT and purchased some cheezy chicken balls.

However, when she was almost finishing it, she noticed something amiss in the snack.

When she probed deeper with chopsticks, she found a plastic wrapper in the chicken ball itself. 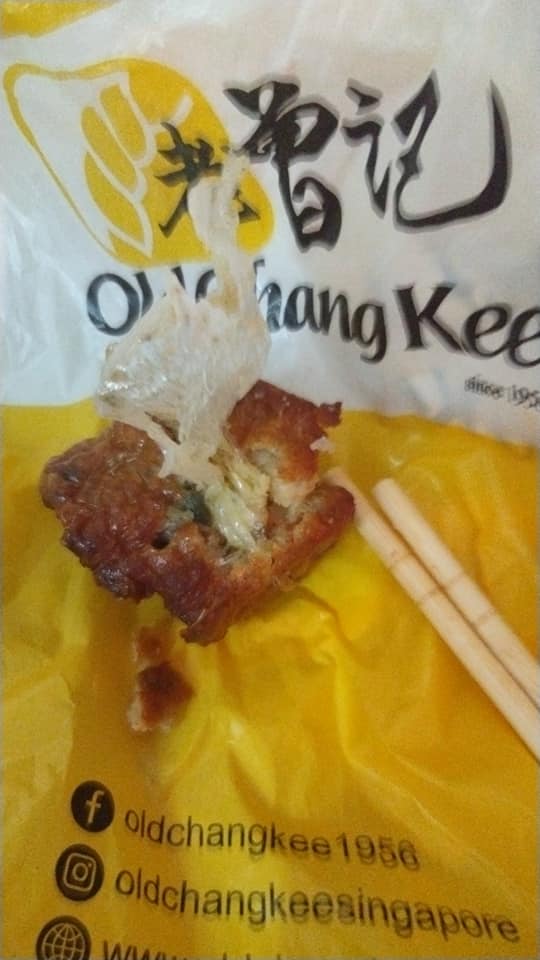 She pulled the plastic wrapper out and snapped some pictures of it. 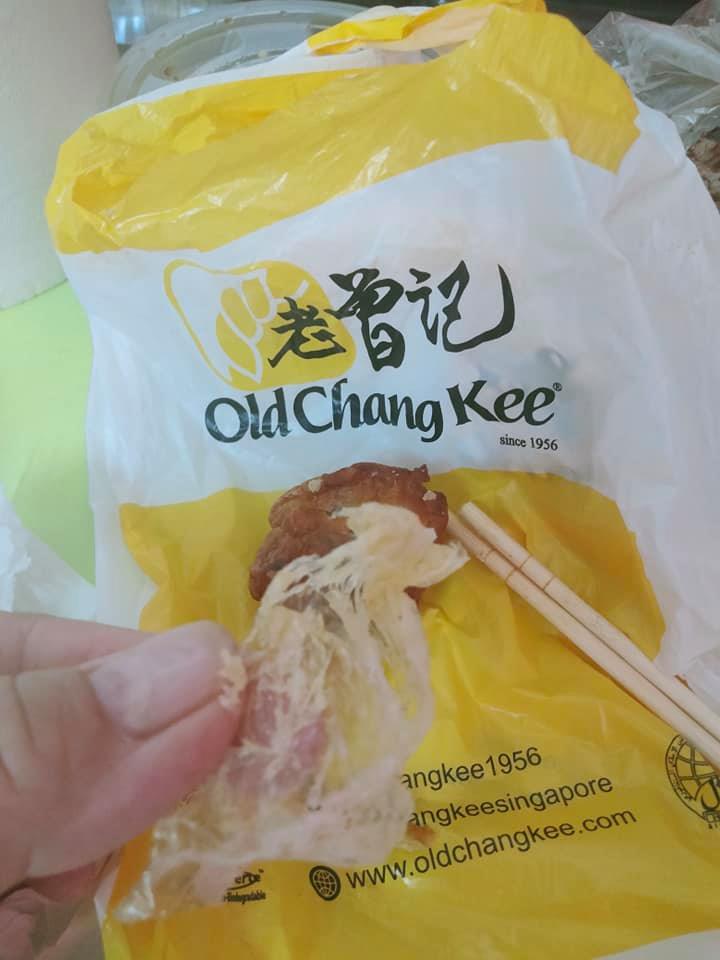 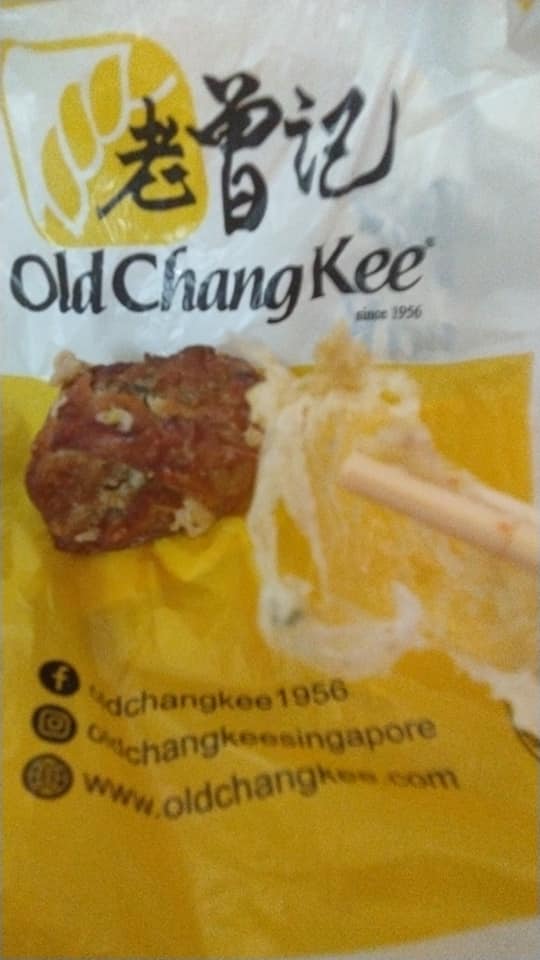 Recounting the incident in the comments, she said that she was glad that her son did not eat that chicken ball. Otherwise, it could have been a choking hazard.

She shared the pictures hoping to bring awareness to the issue.

Responding to MS News‘ queries, Old Chang Kee said they are aware of the incident and are now communicating with the customer about it. 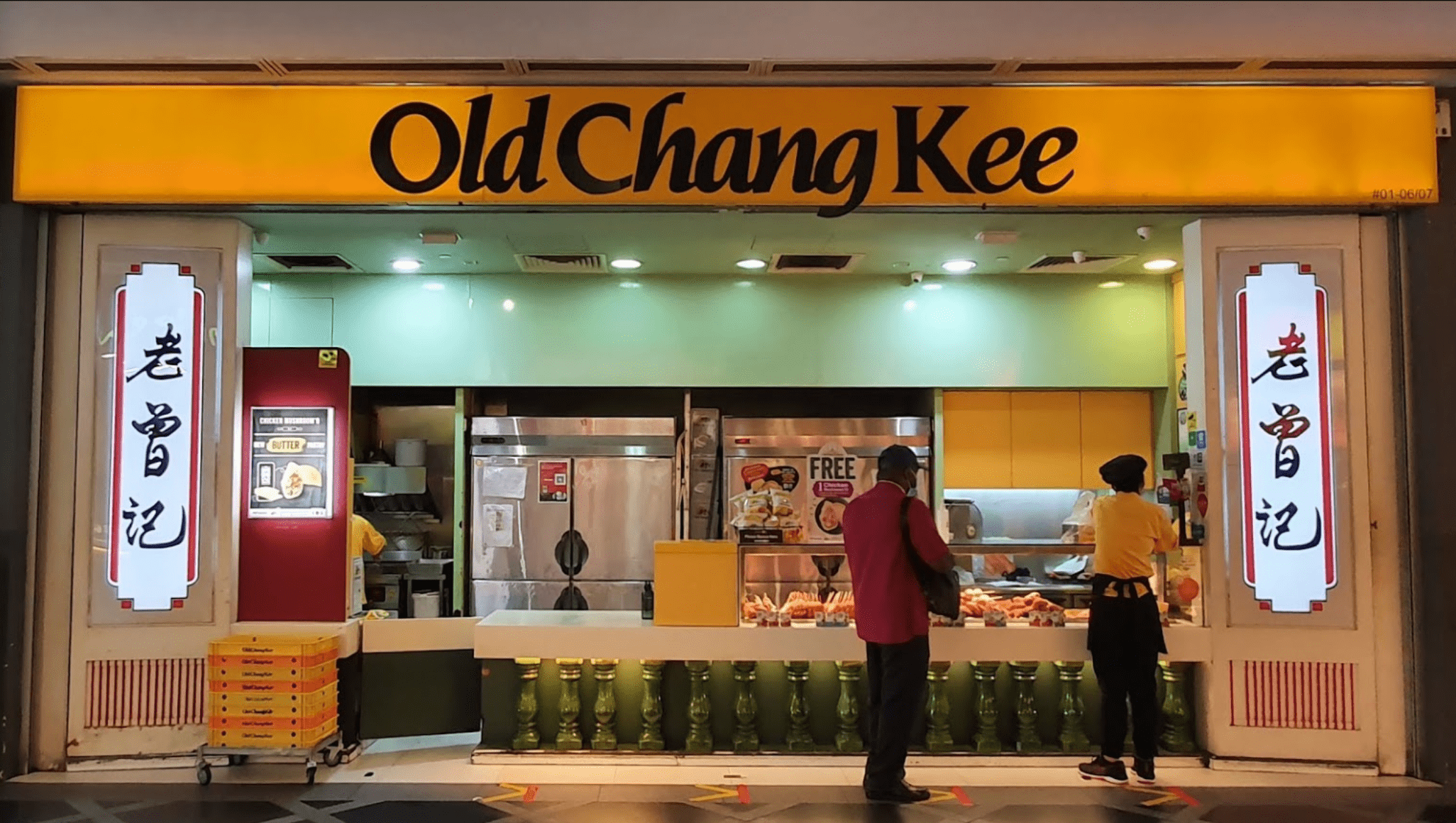 The company has also taken swift action to inform their supplier regarding the case for their review.

Old Chang Kee assured that they would follow up closely with them on the issue and continue to communicate directly with the customer.

While food establishments in Singapore are often held to high hygiene and safety standards, this is certainly not the first of such incidents.

In times of a pandemic, food safety and hygiene is paramount in safeguarding public health.

Hopefully, Old Chang Kee can get to the bottom of things and ensure that something like this won’t happen again.