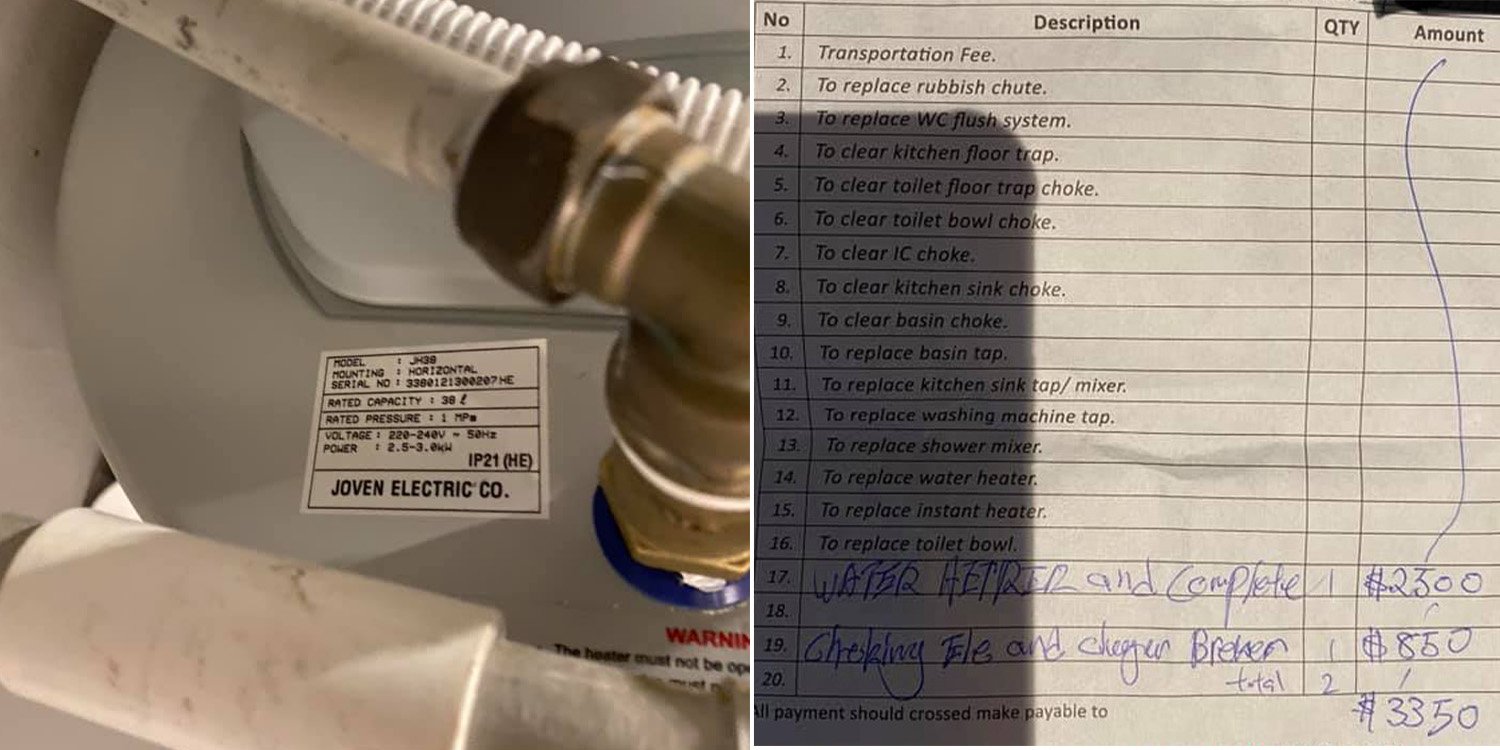 The company will also do a follow-up installation.

Plumbing is a respectable and essential trade, and we’re definitely lucky to have plumbers offer their services when our toilets get clogged or when water heaters break down.

A Ms Lim claimed that she was charged a total of $3,350 by a plumber for repairing her water heater.

Almost $2,500 of the cost went to the water heater itself, while a further $850 went to repair services.

To her shock, the water heater costs just $250 on Lazada.

Eventually, Shin Min Daily News reported that the plumber compensated $2,700 to the woman.

On 19 Feb, Ms Lim’s water heater broke and she found a plumber to replace it.

However, the plumber charged her a total of $3,350 for the services rendered. After checking the price of the water heater – a Joven JH38 – on Lazada, she found out that it costs just $260.

Appalled, she contacted CASE to report the plumber and posted about the incident on the Complaint Singapore Facebook group.

Ms Lim told Shin Min Daily News on Tuesday (23 Feb) that the plumber has promised to compensate $2,700 of the amount.

She felt that this was a more reasonable price.

Apparently, the plumber will also do follow-up repair and installation works.

With that, Ms Lim considers the issue settled.

She also posted an update on her Facebook post, thanking PUB in particular for their quick response and support in the matter.

While it’s unknown as to how the original price came about, there was a partial refund in the end.

We’re glad that the authorities seem to have stepped in regarding the matter, and that Ms Lim got back most of the money.

However, we hope that such situations don’t occur in the future.

Man Tells Passenger On MRT Priority Seat To ‘Go Back M’sia’, Called Out For Crudeness