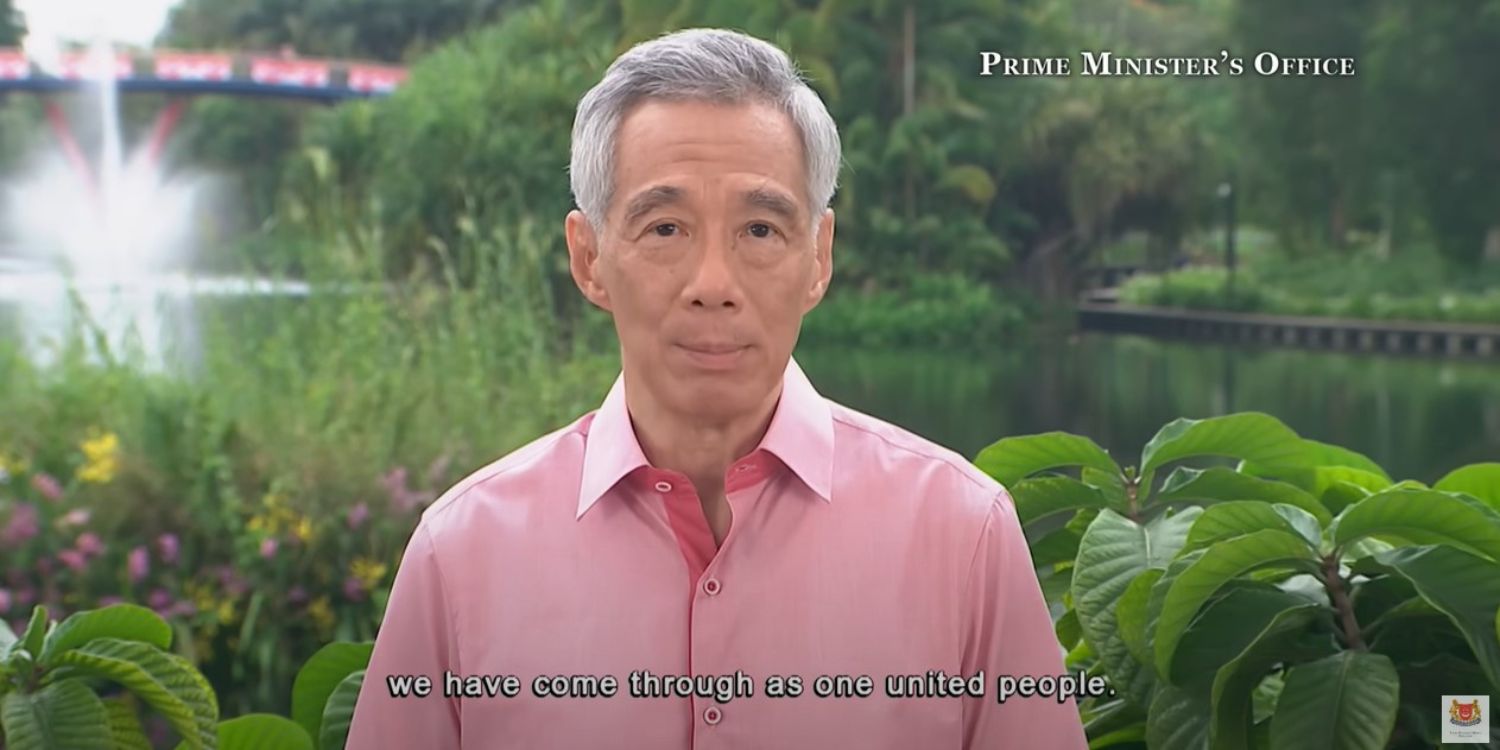 They're also "ready to do more" if things get worse.

He’s delivered this yearly without fail, with or without the pandemic.

For Singapore’s 57th birthday, he astutely spoke about what many citizens have been concerned about lately: Prices for everything going up and up. The Government is “doing everything necessary” to help Singaporeans with rising prices, he assured.

In the National Day Message 2022, delivered on Monday (8 Aug), Mr Lee acknowledged that the cost of living is “at the top of everyone’s minds”.

Amid the backdrop of the Gardens By The Bay, he listed out some ways the Government has helped Singaporeans: 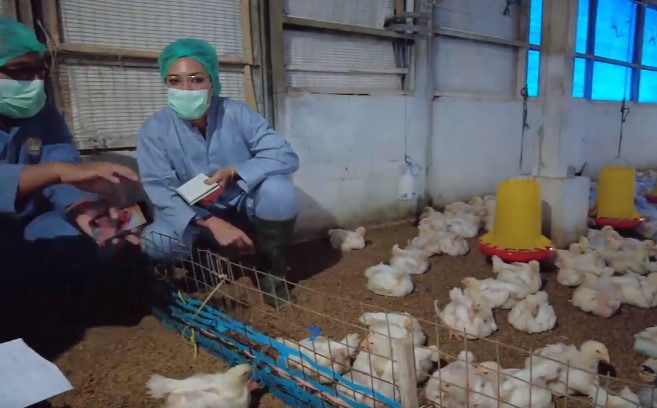 If the situation worsens, Mr Lee also assured that the Government is “ready to do more” to help citizens.

But there’s bad news: He warned that the world isn’t likely to return to low inflation levels and interest rates anytime soon.

That’s because “international economic conditions have shifted” and that’s the reality, the PM added.

He cited the Russia-Ukraine war for worsening the existing inflation and supply-chain disruption caused by Covid-19.

Thus, though Singapore’s economy has “emerged strongly from the pandemic”, he added,

The outlook has clouded considerably.

As an indication, food and energy prices are rising across the world, not just in Singapore.

We should respond by:

In this way, our wages can go up higher than inflation, he explained.

Tensions in the world at large

Darkening the outlook even further, Mr Lee pointed to tensions in the world at large, saying,

Around us, a storm is gathering.

This means Singapore “will be buffeted by intense rivalry and tensions in the region around us”.

Among the geopolitical pressure points are:

Source: Press service of the State Emergency Service of Ukraine/Handout via Reuters

The PM thus urged Singapore to stay united to survive, and keep our armed forces and Home Team “strong and credible”.

We should also prepare ourselves for a less peaceful and stable region in coming decades.

After 2.5 tumultuous years battling the disease, he concluded,

We are now in a much better position.

He cited as evidence that the population is highly vaccinated and our healthcare facilities are “busy, but not overwhelmed”. 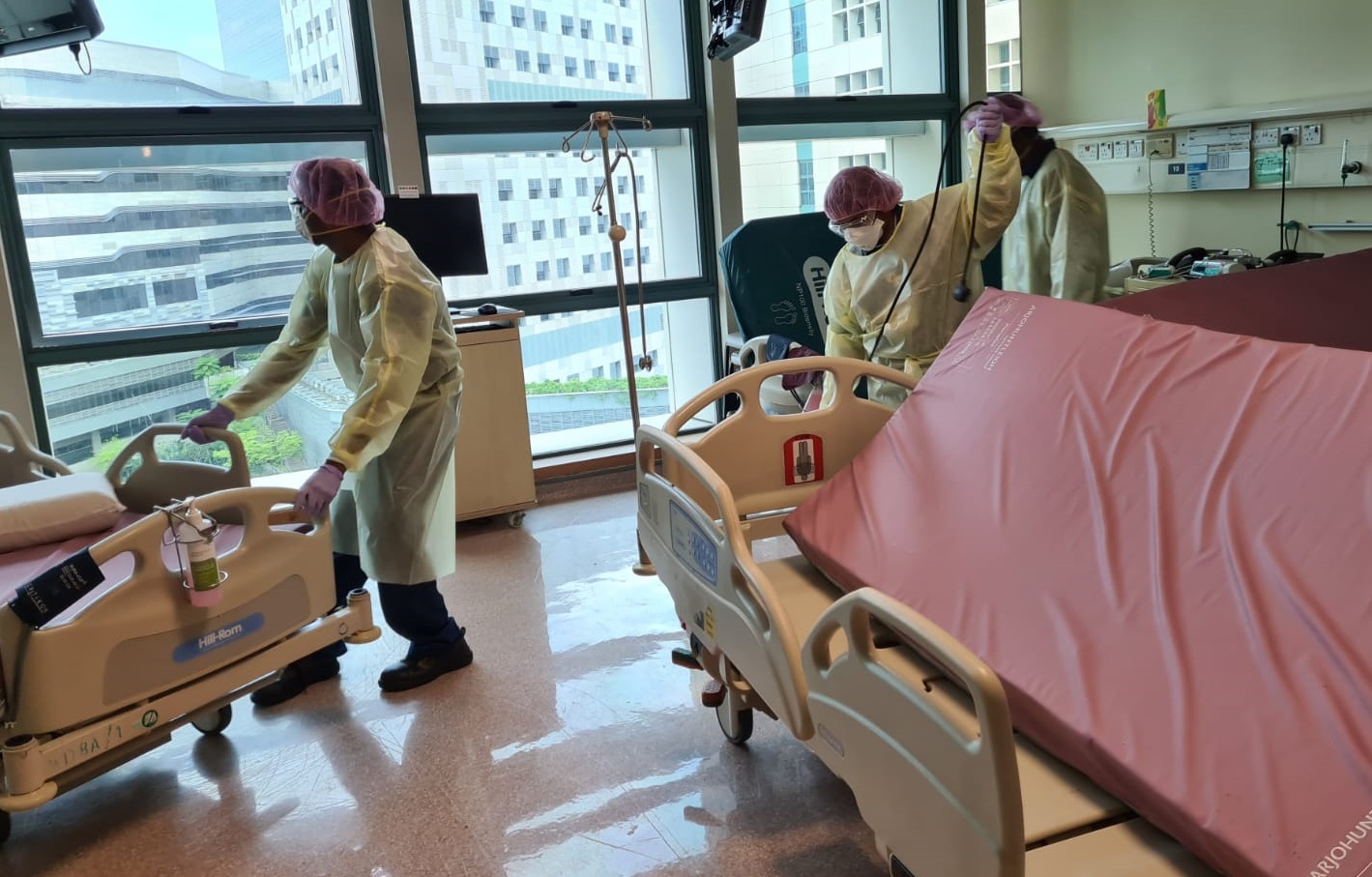 What might give Singaporeans the most cheer, however, is the fact that we haven’t tightened measures again so far, despite a recent surge in cases.

Mr Lee thanked all the individuals and organisations who helped fight Covid-19.

Our success wouldn’t have been possible without the “high level of trust in our society”, he added, mentioning Singaporeans who trusted the Government and one another.

Describing Covid-19 as “the test of a generation”, the PM felt that Singaporeans have emerged stronger and more united from it.

Looking to the future, Mr Lee said Singapore is planning ahead for the next 30 or 50 years and beyond.

In the near-term, works at the Bay East Gardens will commence soon, including the construction of the Founders’ Memorial. For the long-term, there’s a lot to look forward to, he said.

A Long-Term Plan Review launched by the Urban Redevelopment Authority (URA) will consult a wide of people for ideas to re-imagine Singapore’s physical environment.

As for our society, he emphasised the need to invest in people to reach their full potential and take care of our elderly and vulnerable.

To that end, the Forward Singapore exercise launched by Deputy Prime Minister Lawrence Wong aims to refresh our social compact.

He invited Singaporeans to participate actively and contribute ideas to shape the Republic’s future.

However, Singaporeans shouldn’t fear as long as we stay united and resolute, he said. 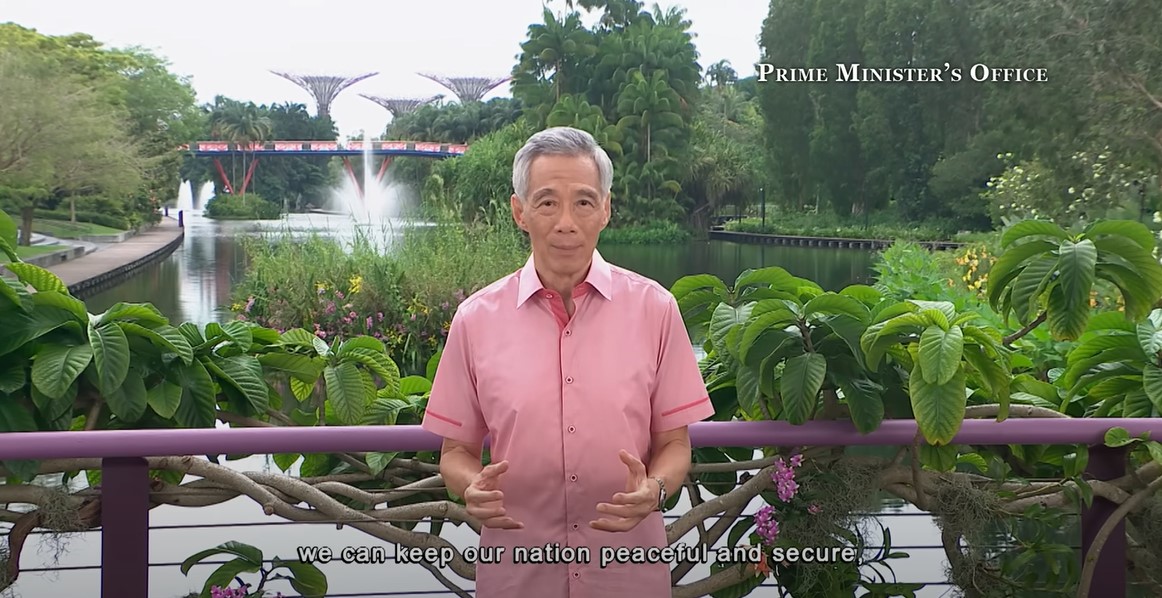 This will keep the nation peaceful and secure, among other ideals, he added.

Watch Mr Lee’s full speech here, or if your prefer, read the transcript.

While Mr Lee’s National Day Message was optimistic, it also carried some warnings about the road ahead.

Singaporeans will welcome the assurance on the rising cost of living, as that’s the most pertinent issue that must be addressed.

However, it helps that he looked to the future too. Though abstract, it gives us hope of brighter things to come amid the gloom.

Let’s stay strong together and contribute to the dialogue as every citizen has a stake in directing the nation’s next phase.