Singapore authorities have always ensured that our food supply is secure by importing from diverse sources.

And since Malaysia’s chicken export ban last month, they have doubled down on these efforts.

Back in June, the Singapore Food Agency (SFA) announced the approval of Indonesia as an alternative source of chicken. 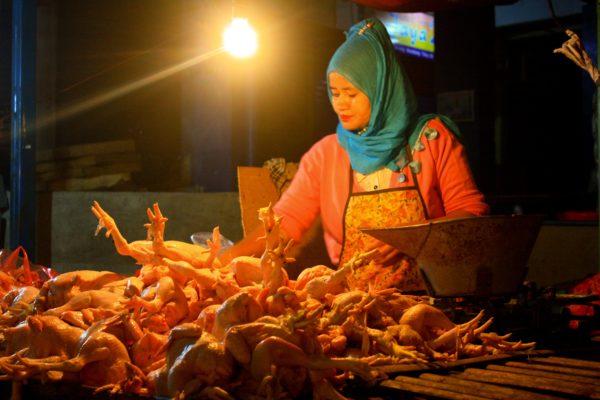 Today (13 Jul), the first batch of frozen chicken will depart Indonesia and arrive on our shores on Friday (15 Jul), reports The Straits Times (ST).

Up to 50,000kg of frozen chicken from poultry company CPI will depart from Tanjung Priok port in North Jakarta.

ST reported that the shipment is likely to arrive in Singapore on Friday (15 Jul) and will be handled by Crown Pacific Beverage.

CPI expects to deliver 1,000 tonnes of frozen chicken to Singapore throughout this year.

This news comes after SFA approved Indonesia as a new source of frozen, chilled, and processed chicken meat on 30 Jun.

Three establishments run by CPI as well as Ciomas Adisatwa were approved for chicken imports.

Two of these establishments are currently still in talks with their Singapore partners, reported Channel NewsAsia (CNA).

The addition of Indonesia as a source of chicken will help diversify our sources.

This will be the first time Singapore imports chicken from Indonesia. However, the country does supply around 50,000 salted eggs to Singapore a month.

Indonesia has surplus of chicken supply

Last year, Singapore imported 214,400 tonnes of chicken. Of this, a third were from Malaysia.

However, when Malaysia implemented the chicken export ban in Jun, it left our country with a temporary shortage.

SFA then moved to sourcing chickens from other places including Indonesia and Thailand.

On the flip side, Indonesia is estimated to produce 3.88 million tonnes of chicken meat this year, reported ST.

Since this exceeds the country’s domestic demand, the Indonesian government hopes to export the surplus.

Diversifying to ensure our food supply is stable

However, thanks to the authorities’ prompt action, we need not worry for long.

As Singapore continues to diversify and welcomes even more sources of chicken in time to come, we can be certain that our nation will be able to face any challenges head on.