This will help to diversify our options.

Since the abrupt stop to exports of chicken from Malaysia, concerns about supplies have risen among Singaporeans. Even without a ban on kampong and black chicken, our country still faces a shortage.

The situation may improve in the coming months, however. The Singapore Food Agency (SFA) has recently approved Indonesia as an alternative source for chicken.

The move comes as the latest addition to Singapore’s strategy of diversifying food supplies. 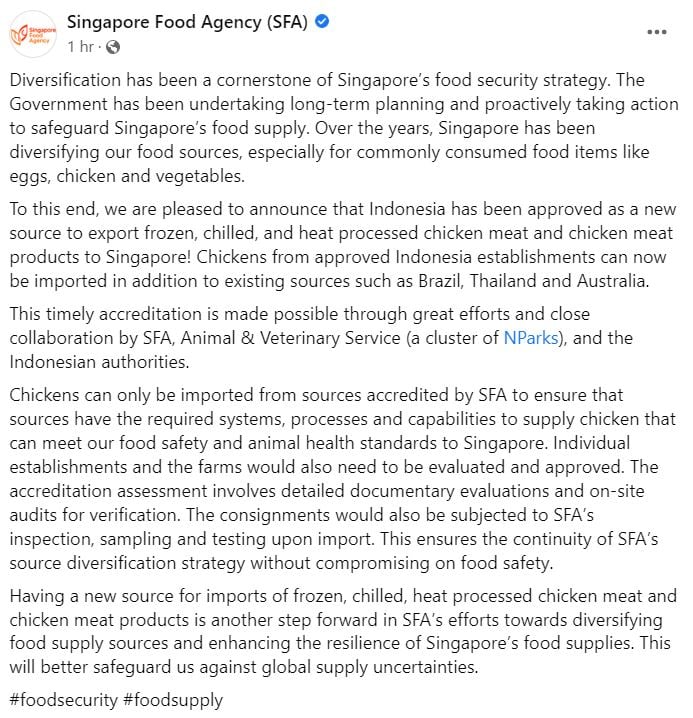 Chickens and chicken meat products from certain establishments can be imported into Singapore, as long as they have been approved by SFA first.

Indonesia now joins a list of over 20 countries which provide alternative chicken sources, such as Brazil and Australia.

SFA stated that the approval was possible through collaboration with the Animal and Veterinary Service (AVS) and Indonesian authorities.

They have also added that chicken imports from approved sources are the only ones allowed into Singapore.

This is to ensure that the supplies will meet the required food safety and animal health standards in Singapore.

To do so, they will have to go through the necessary systems, processes, and capabilities before entering our country. 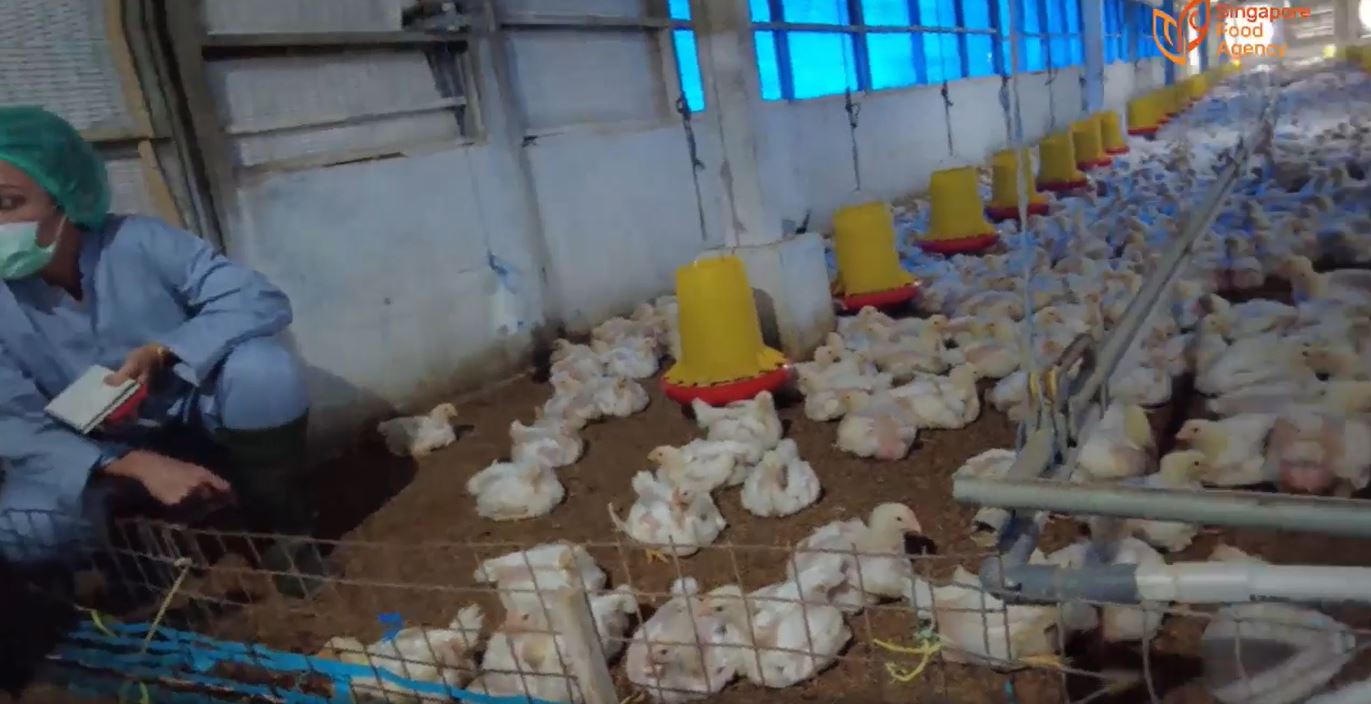 Establishments and farms supplying chicken to Singapore will also need to go through the mandatory evaluation and approval beforehand.

According to SFA, this involves detailed documentary evaluations and on-site audits for verification.

SFA will additionally inspect the consignments, sampling, and testing of the supplies upon import.

PM Lee previously touched on the importance of diversifying food supplies in Singapore. Although local authorities have made sure to engage with such a strategy for some time, he noted that more will have to be done.

Countries May Stop Exports Due To Shortages, PM Lee Urges S’poreans To Have Flexible Food Choices

SFA has addressed the issue of diversifying food supplies as well. The agency stated in their Facebook post,

Over the years, Singapore has been diversifying our food sources, especially for commonly consumed food items like eggs, chicken and vegetables.

The approval of Indonesia is thus a step forward in continuing the strategy of supply diversification.

“This will better safeguard us against global supply uncertainties,” SFA emphasised.

Minister for Sustainability and the Environment Grace Fu also noted the significance in the approval of Indonesia as a supplier. 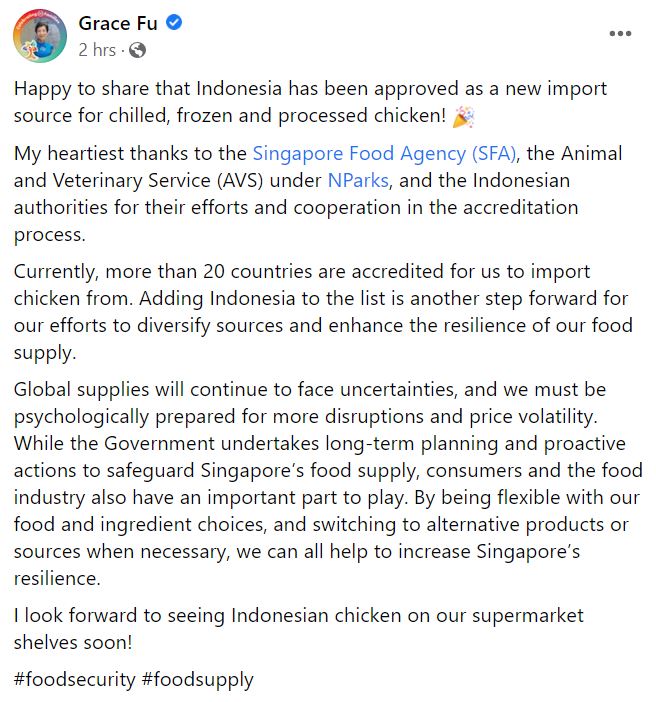 “Adding Indonesia to the list is another step forward for our efforts to diversify sources and enhance the resilience of our food supply,” she said via Facebook.

Singaporeans have been experiencing a fair amount of worry about the shortage of chicken for quite some time now.

As such, the news of Indonesia’s approval as an alternative source could not have come at a better time.

When supplies eventually hit shelves, we urge Singaporeans to diversify their food preferences and opt for these sources as well.