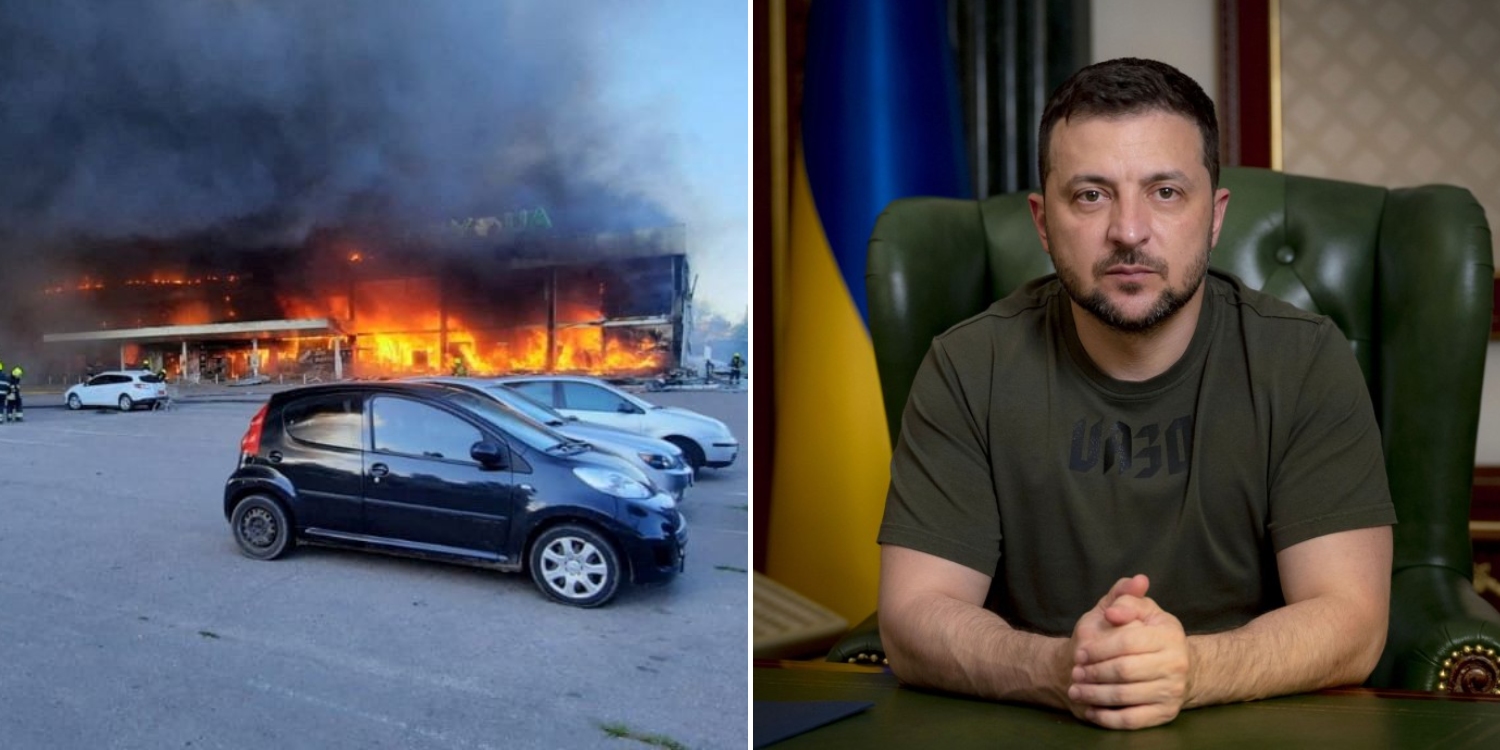 G7 leaders have pledged to stand with Ukraine.

Ever since Russia’s invasion of Ukraine, the war has claimed many precious lives.

Unfortunately, it looks like there’s still no end to the death and destruction plaguing the country.

Source: Press service of the State Emergency Service of Ukraine/Handout via Reuters

At the time of writing, 18 deaths have been confirmed. 59 people were also injured in the blast.

Ukraine has deemed this an act of terrorism against civilians, and several world leaders have publicly condemned the attack as well.

On Tuesday (28 Jun), Ukraine’s Ministry of Defence posted a video of “another act of Russian genocide” on Twitter.

Another act of the russian genocide of the Ukrainian people. This time the ruscists targeted a mall in #Kremenchuk, in the afternoon when it is always especially crowded. The war criminals wanted to kill the civilians, deliberately aiming for the maximum number of casualties. pic.twitter.com/3PbCnjc7PU

The tweet states that Russian forces targeted a shopping mall in Kremenchuk, a city in central Ukraine, in the afternoon, when it is always crowded.

Footage of the aftermath shows the building completely ablaze, with bright orange flames engulfing the structure and thick black smoke billowing into the sky.

Several civilians and officers in military uniforms are also seen standing around, observing the disaster.

According to the latest live update from Al Jazeera, the Russian missile airstrike killed 18 people and injured 59 others.

Ukrainian President Volodymyr Zelensky said that there were up to 1,000 people inside the mall before the air raid was announced, CNN reports.

While many of them managed to get out, there were still others inside, including mall staff and some visitors.

Dmytro Lunin, governor of the Poltava region, shared on Telegram that as rescue works continue, more bodies are likely to be found.

Currently, 36 people are still missing, but he declared that they will keep the search going.

Anton Herashchenko, an official advisor at the Ukrainian Ministry of Internal Affairs, posted a video on Twitter showing the site of the tragedy, where workers were combing through piles of metal.

I am now in #Kremenchuk, at the site of the tragedy.

The whole world should see #RussianWarCrimes in #Ukraine.

At the end of the video, he angrily states, “Bastards, you will pay for everything.”

Reuters reports that when night fell, workers brought lights and generators to continue their search.

Worried friends and family members of potential victims lined up at a hotel across the street from the mall, where rescue workers set up a base.

Ukrainian authorities deem the attack an act of terrorism

Deeming the attack “an act of terrorism against civilians”, Mr Lunin added that there was no military target in the area that Russia could have been aiming for instead.

It is impossible to even imagine the number of victims… It’s useless to hope for decency and humanity from Russia.

In an official address, he called the airstrike “one of the most defiant terrorist attacks in European history”. He also described Russia as “the largest terrorist organisation in the world”. 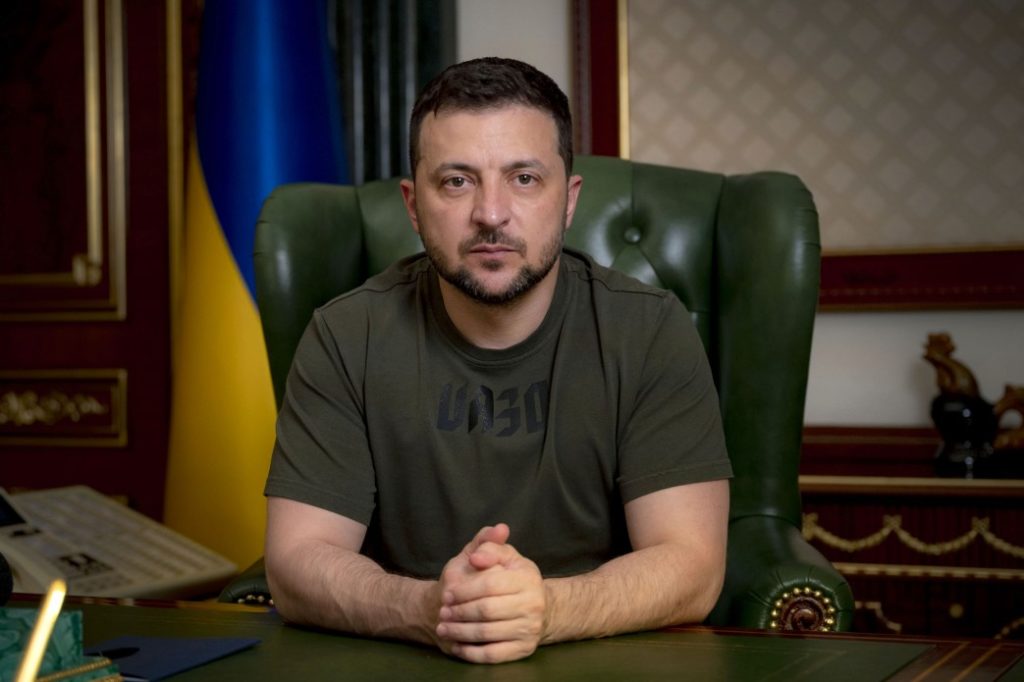 Source: The Presidential Office of Ukraine

However, Dmitry Polyanskiy, Russia’s deputy ambassador to the United Nations, claimed on Twitter that the attack was a “Ukrainian provocation”.

“One should wait for what our Ministry of Defence would say, but there are too many discrepancies already,” he wrote, adding that it’s what the “Kiev regime needs to keep [the] focus of attention” on Ukraine before the NATO Summit, which happens today (28 Jun).

He did not cite any evidence for his claims.

Several world leaders have since publicly condemned the attack.

United States (US) President Joe Biden called the attack “cruel” and declared that they “stand in solidarity” with the people of Ukraine.

Russia's attack on civilians at a shopping mall is cruel. We stand in solidarity with the Ukrainian people.

As demonstrated at the G7 Summit, the U.S. along with our allies and partners will continue to hold Russia accountable for such atrocities and support Ukraine’s defense.

He added that the US and their allies will continue holding Russia accountable for their actions. They will also support Ukraine’s defence, as demonstrated at the recent Group of Seven (G7) summit.

According to France24, G7 leaders have branded the airstrike as a “war crime”

“Indiscriminate attacks on innocent civilians constitute a war crime,” they shared in a statement, promising to support Ukraine “for as long as it takes”.

Hope these senseless acts will come to an end soon

The invasion and subsequent war have resulted in many tragedies. This mall attack might not be the last one if something is not done to stop Russia.

Hopefully, world leaders will stick to their promise and do what they can to stop these acts of terror from claiming more lives.

In the meantime, we offer our condolences to those who lost loved ones in the Ukraine mall attack. May the victims rest in peace.

Featured image adapted from the press service of the State Emergency Service of Ukraine/Handout via Reuters and The Presidential Office of Ukraine.