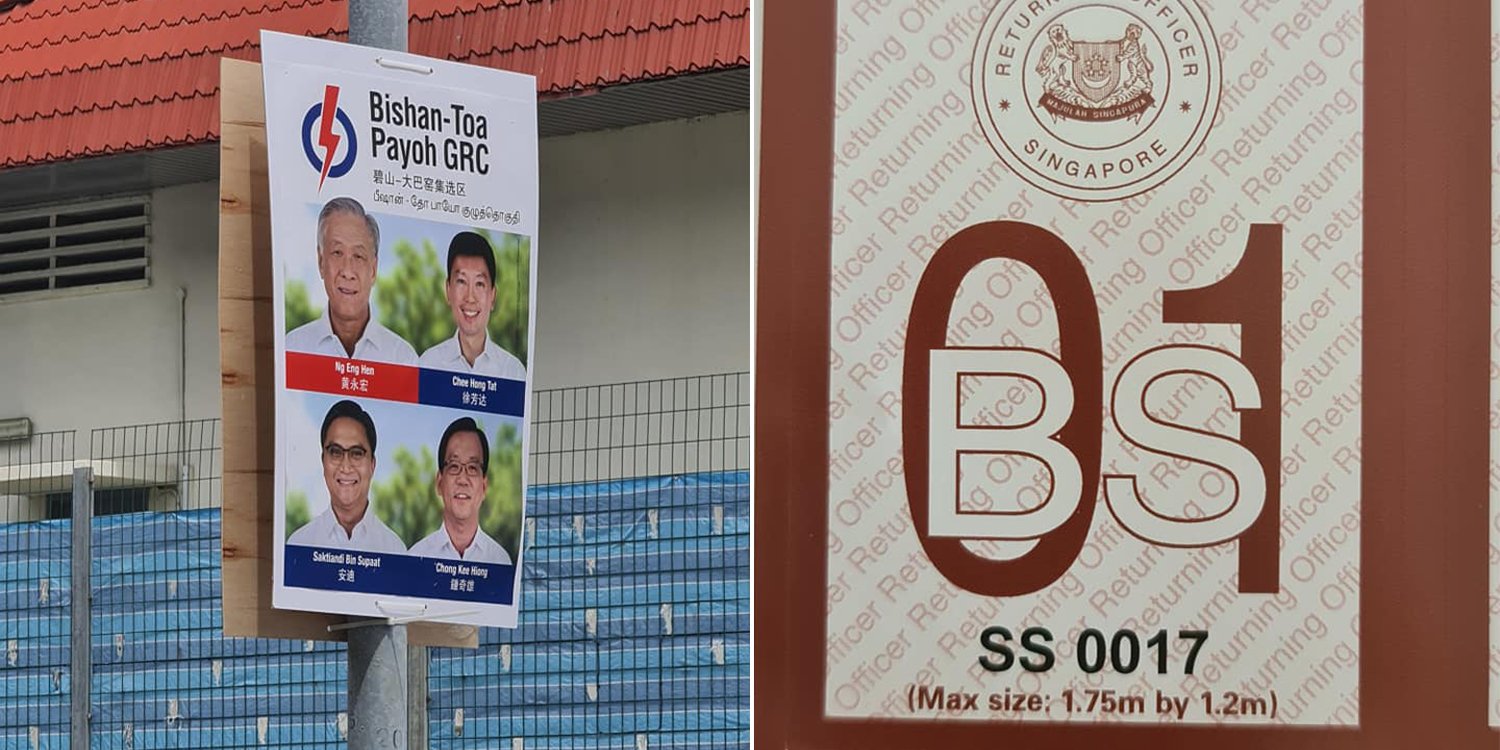 Right after Nomination Day (30 Jun), campaigning posters, including those from PAP, were put up across Singapore — some would say, at lightning speed.

At least 2 posts, by Mr Osman Sulaiman and Mr Williamson Lee claim that some PAP posters don’t have ELD-issued stickers on them. 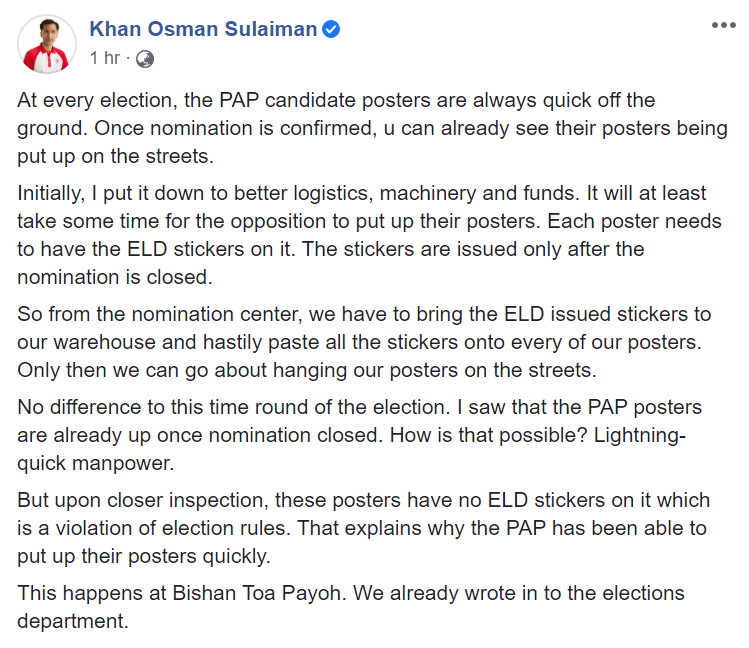 Both Mr Osman and Mr Lee are contesting in Bishan-Toa Payoh GRC.

The candidates note that the PAP candidate posters tend to be put up quickly, right after nominations are confirmed.

In case you’re wondering, this is what an ELD sticker looks like: ELD stickers are only given out after nominations are closed, according to the candidates. They also have a limit on the maximum size on the poster.

However, while on their way to put up the posters, they found that PAP posters were already up in Bishan-Toa Payoh GRC, as Mr Lee notes. The stickers are there so that there can only be a finite amount put up. Without stickers, they say, one could theoretically place them all around the constituency without limits.

Here’s an example of a poster which allegedly has no sticker on them. Various candidates have alleged that besides the lack of posters, there are also height requirement violations for the posters. 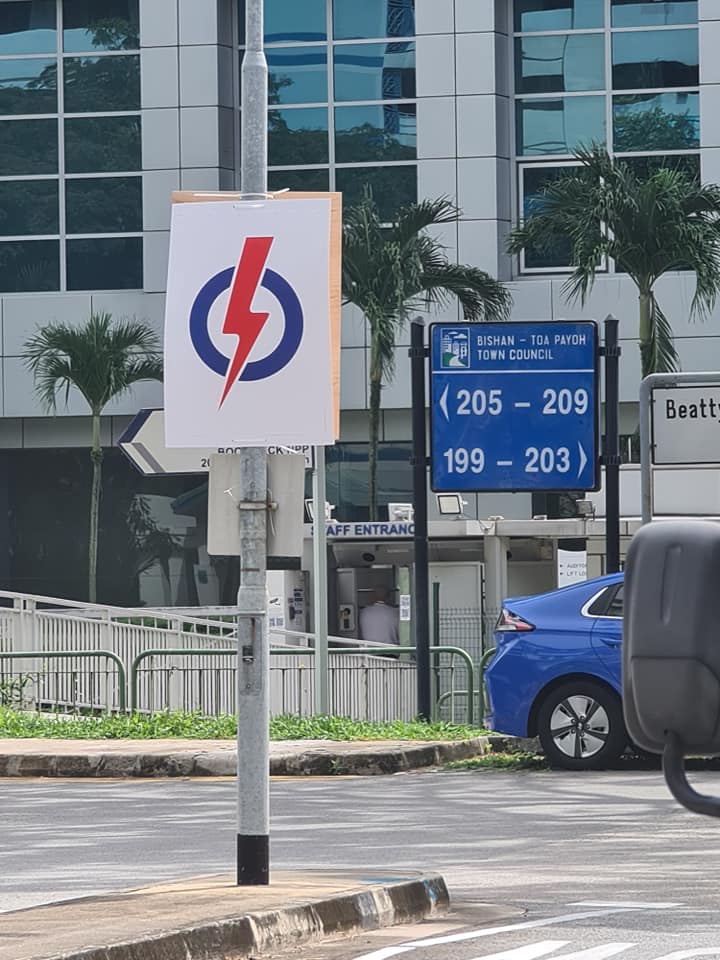 We can’t really tell if the poster is indeed lower than 2.2m from the picture alone.

While the candidates understand that it’s not realistic to measure the height of every poster, the alleged lack of stickers is a bigger concern for them.

According to ELD, posters without stickers aren’t allowed, although ELD hasn’t stated if this constitutes a fine.

However, we do wish that there is a level playing field for all candidates so that this can be a free and fair election.

Also, if you do see any posters that are violating these rules, you can contact ELD with the following:

MS News have reached out to ELD for clarification on the posters the SPP candidates referred to.