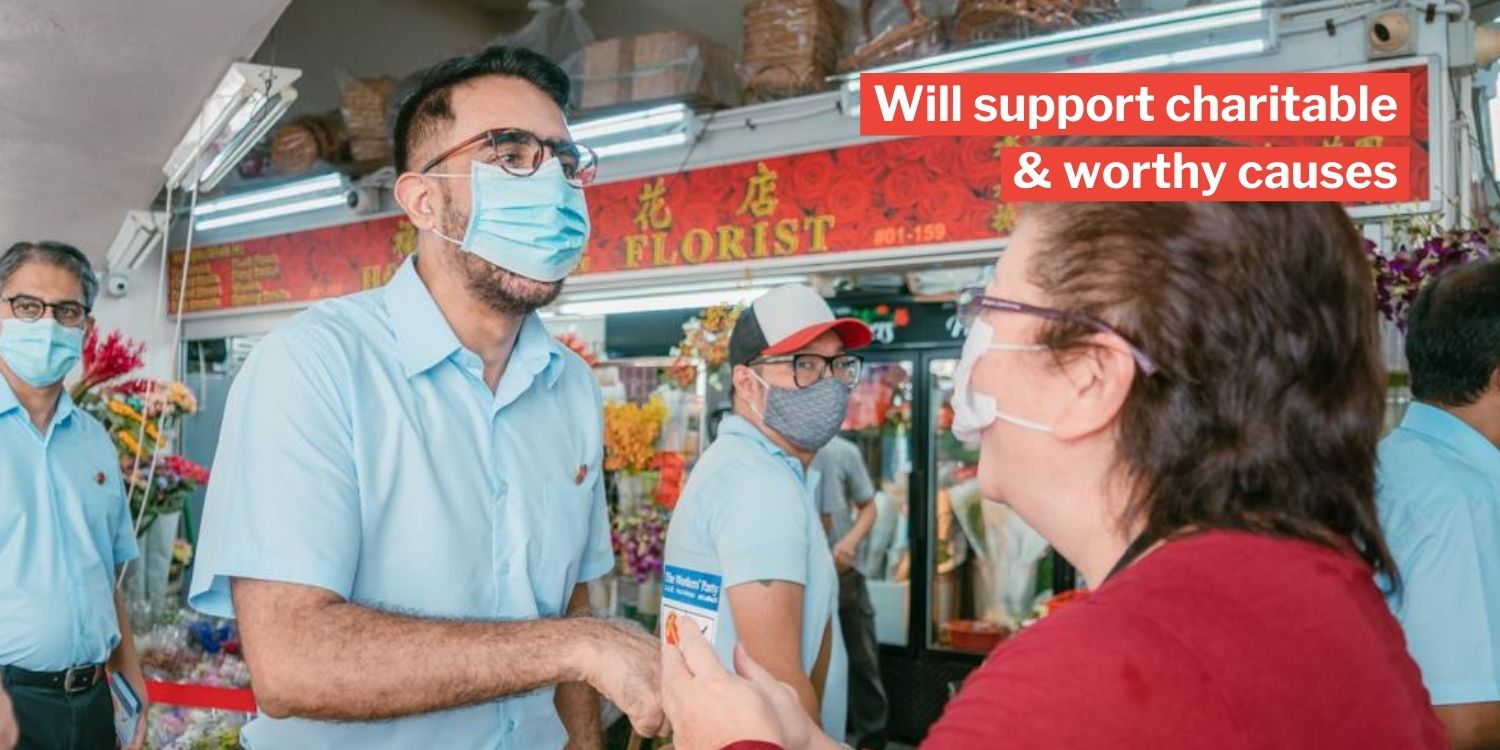 Workers’ Party chief Pritam Singh will draw twice the usual Member of Parliament (MP) salary for his role as Leader of the Opposition (LO), at roughly $32,000.

However, he is going to redirect that money into other causes.

On Tuesday (28 Jul), Mr Singh announced on Facebook that he’ll be giving away 50% of the added salary to help low-income residents in WP-held wards, as well as charity and other party causes. 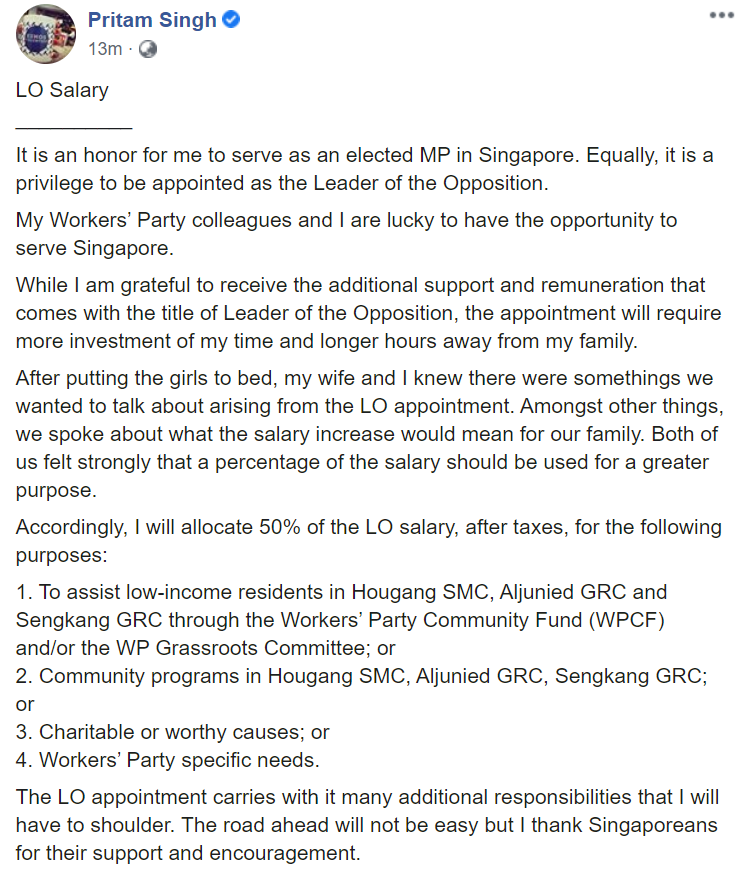 Mr Singh said that it is an honour to be an elected MP, as well as a privilege to be LO. However, he realises that with the added responsibilities, there’ll be less time to spend with family.

So after talking to his wife, they decided that half of the increased salary should go to other causes instead.

After all, the added allowance he’ll receive as LO cannot replace the loss of family time.

Money will go to WP-related causes

Among the purposes Mr Singh wishes to use the money for are:

In other words, the money is likely going to be put back into the communities that the WP serves.

Mr Singh acknowledges that there is a tough road ahead, but appears ready to take them on — and on his current salary as well.

It goes to show that money isn’t everything, and that his priority is to Singaporeans first — certainly a commendable example.

What are your thoughts towards Mr Singh redirecting the salary to other causes? Let us know in the comments.