Private-Hire Drivers Will Get More Support From Govt, Package To Be Announced Soon 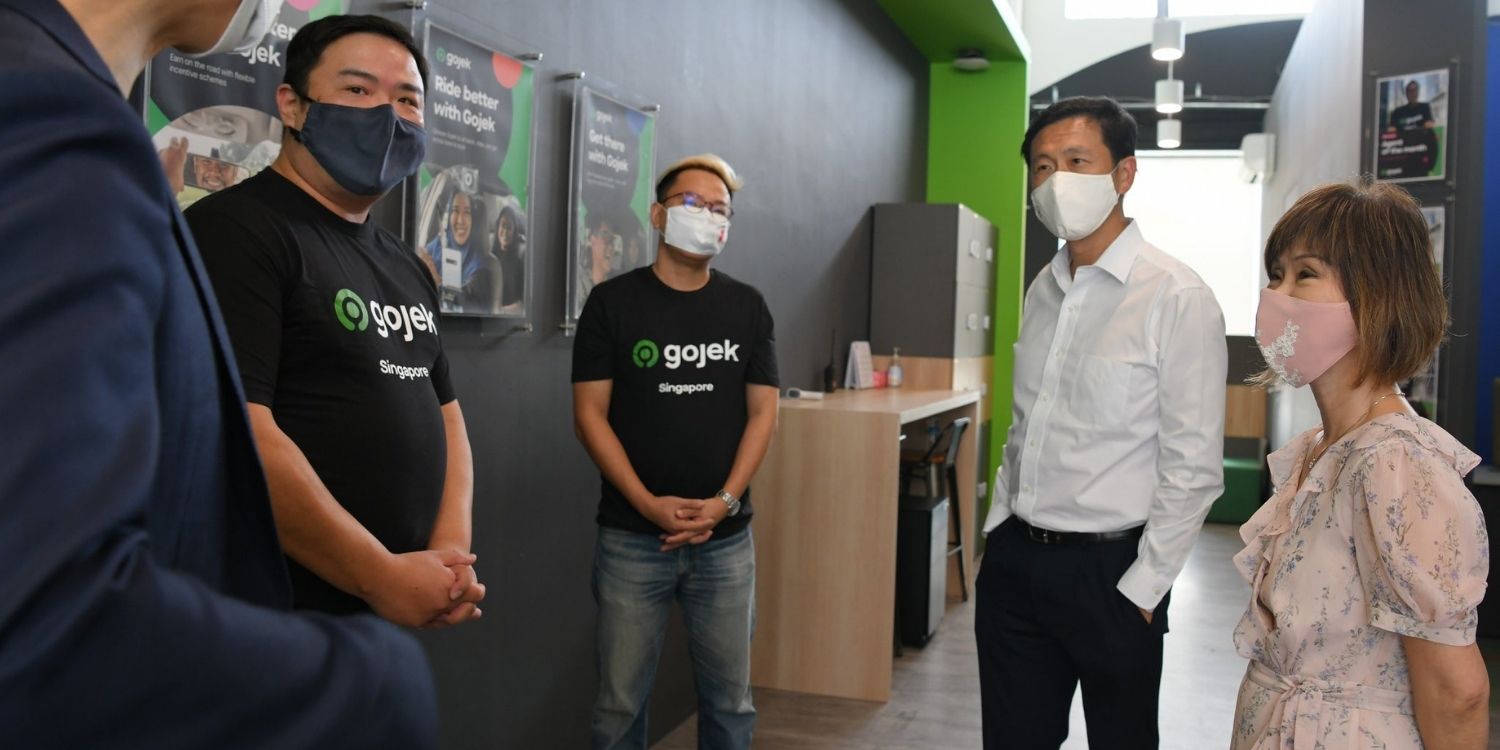 Older drivers are a particular cause of concern.

Private-Hire Drivers Will Get Support From Govt, Current Scheme Ends In Sep

Due to Covid-19 and the resulting ‘Circuit Breaker’ measures, taxi and private-hire car drivers saw their income plunge as fewer people went out and some may have been concerned over staying in an enclosed space with a stranger.

Unlike employees and businesses, these drivers may not be covered under other support schemes released by the Government. The Special Relief Fund payouts for drivers will also stop by the end of Sep.

The good news for taxi and private-hire drivers is that the Government will continue to support them in some way, and these measures will be announced soon.

That’s according to Senior Minister of State for Transport Amy Khor, who revealed this in a Facebook post on Saturday (12 Sep). 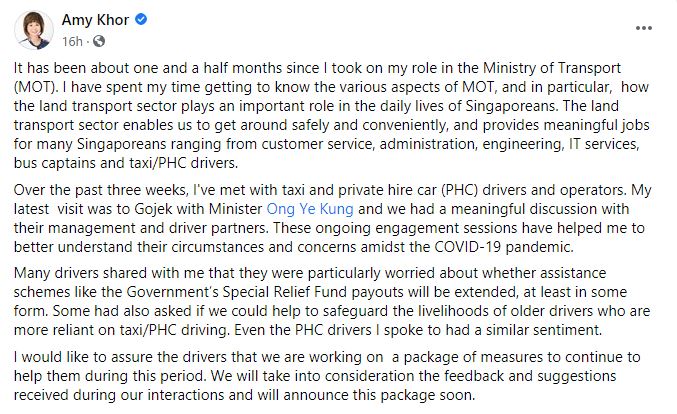 Under the extension of the point-to-point support package, announced in the Resilience Budget on 26 Mar, taxi drivers and private-hire drivers got $300 per vehicle per month.

That scheme is called the Special Relief Fund (SRF), and it will end in Sep.

Eligible drivers also could take advantage of the Self-Employed Person Income Relief Scheme to get $1,000 a month for 9 months.

Dr Khor said she’s been meeting with taxi and private-hire drivers, as well as operators, over the past three weeks. 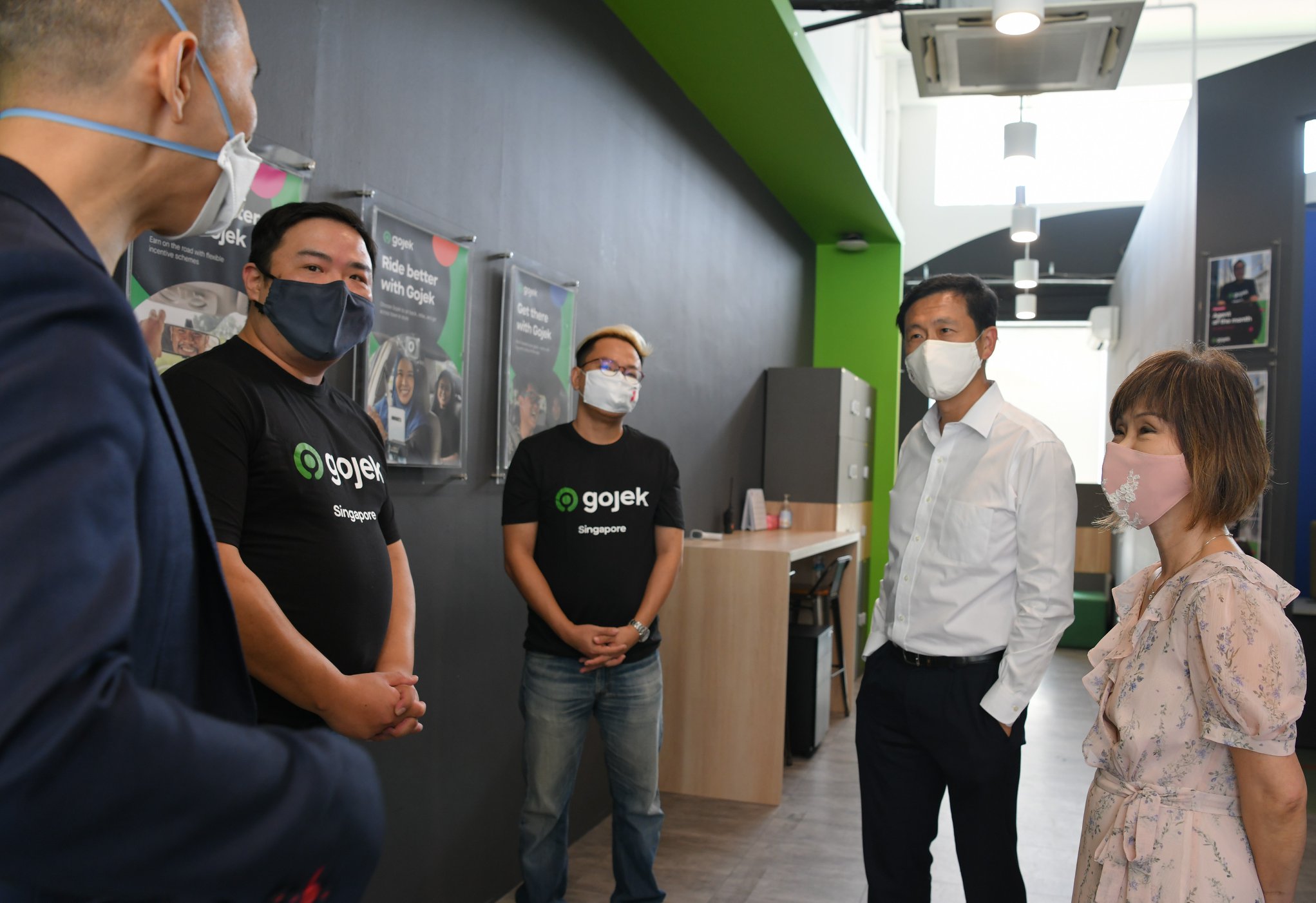 Since the SRF is ending soon, Dr Khor said these drivers had expressed concern that the SRF would be ending soon.

Hence, they were wondering whether the SRF or some other form of assistance will be extended beyond Sep.

Govt working on package of measures

To that, Dr Khor assured drivers that the Government is “working on a package of measures” so that drivers will continue to be helped.

That’s after taking into consideration the feedback and suggestions she got during the discussions with drivers.

The Government will announce this package “soon”, she added.

Many drivers also expressed concern over the older drivers, who are more reliant on this source of income.

Thus, they asked the Government to help safeguard their livelihoods.

Dr Khor noted this, and also acknowledged that the land transport sector is important for Singaporeans.

Not only does it help us get around safely and conveniently, it also provides jobs for many Singaporeans, she said. 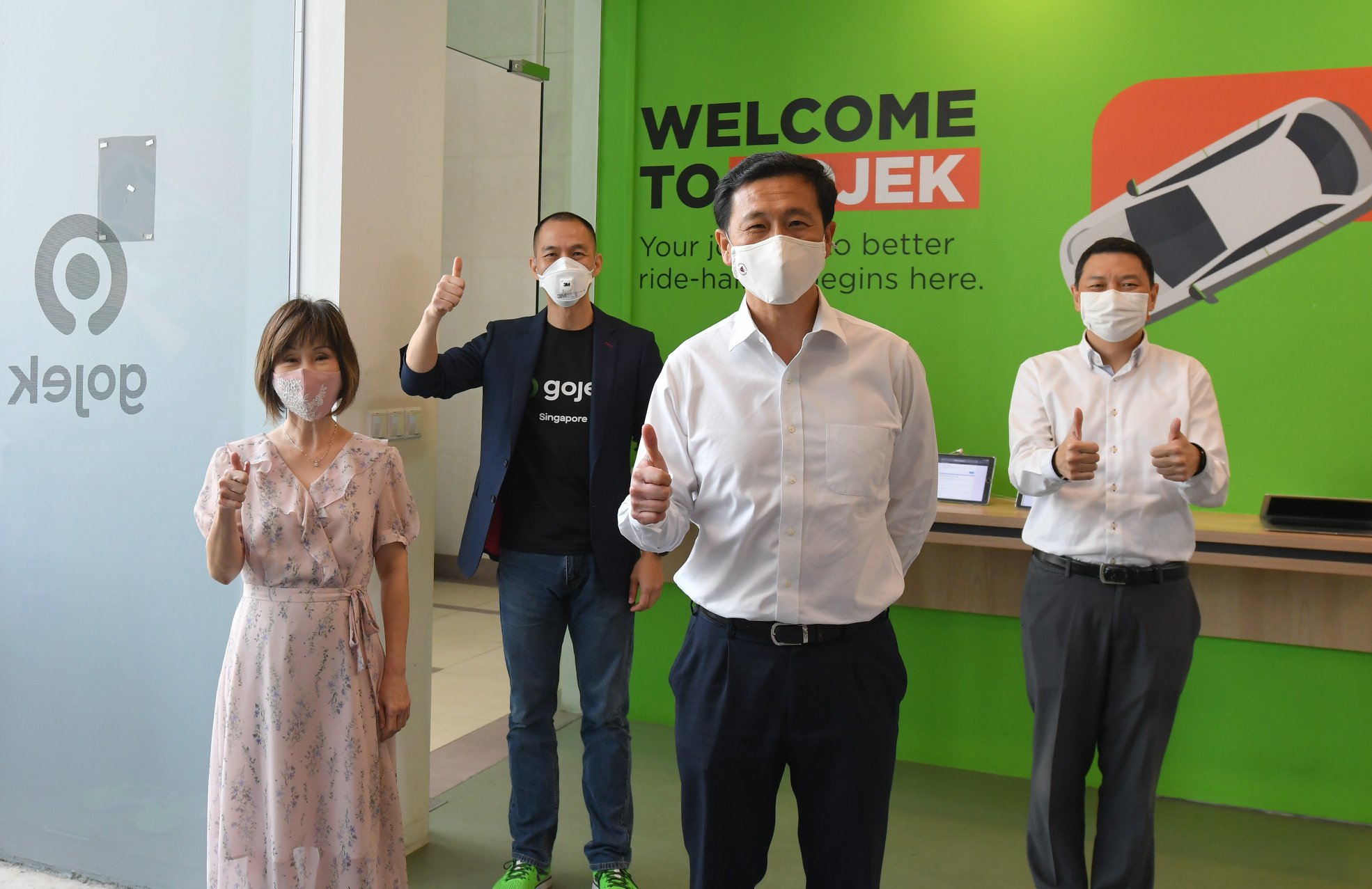 It was heartrending to see long queues of taxis without passengers during the recent ‘Circuit Breaker’ period.

We hope the support given to essential workers like our taxi and private-hire drivers will be adequate to safeguard their livelihoods.