With rumours swirling about elections happening this year, Singaporeans have been following our politicians closely.

Much of the attention falls on former President elect Dr Tan Cheng Bock, in his grand comeback after retiring from medicine.

His newly formed Progress Singapore Party (PSP) was approved on 1 Apr, and now Dr Tan has confirmed the same for the party’s logo. 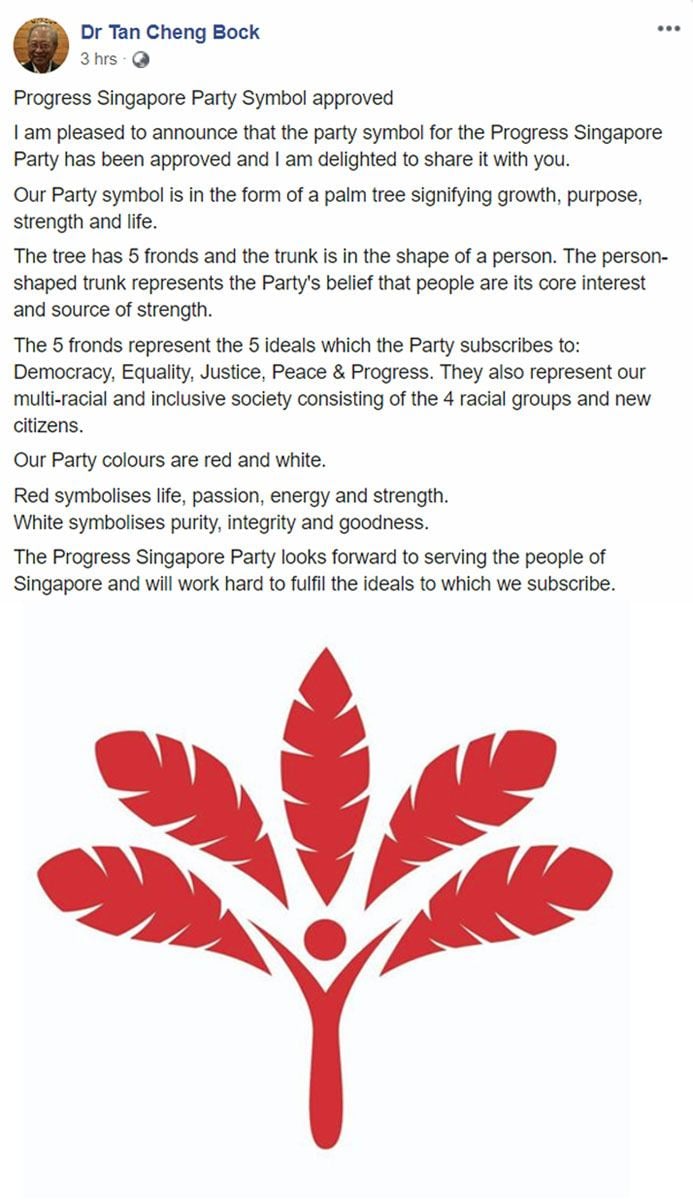 If the logo vaguely reminds you of a cabaret dancer, you’re not entirely wrong. There is indeed a figure of a person in the middle, representing “the Party’s belief that people are its core interest and source of strength”.

But the figure stands in place of a tree trunk, with 5 fronds symbolising the party’s ideals:

On the whole, the symbol takes the shape of a palm tree, which encapsulates the concepts of “growth, purpose, strength and life”.

Of course, the colours are red and white, but what they stand for differ from our national flag where red means equality and universal brotherhood, and white — purity and virtue.

In case the above reasons still don’t make sense to you, perhaps this picture will explain the choice of a palm tree for the party’s logo. Ah, maybe that’s where he got the inspiration from.

Promise to strive for ideals

Now that his party and its logo have received official approval, Dr Tan will be all set for elections, if one does happen.

He has established the party’s ideals, so all that’s left is for us to see whether they can deliver.

For now, we’ll continue keeping a close eye on our politicians to see what else they’ll have to offer.