PUB Issues 7 Flood Warnings On 2 Jan Morning, Reminder For Motorists To Be Careful While Driving 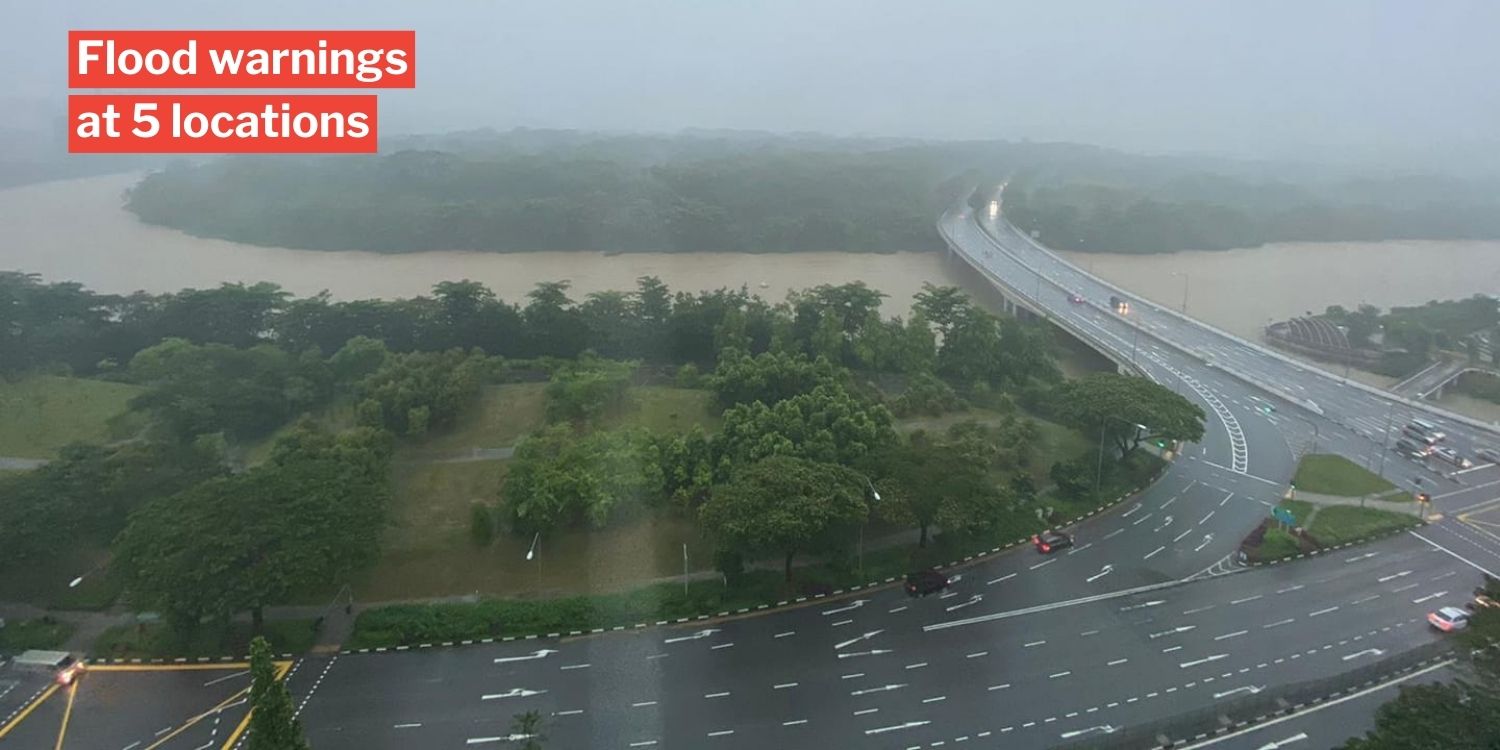 Check PUB socials before heading out.

As Singaporeans awoke from their slumber on Saturday (2 Jan), many were surprised that the rain which started the day before was still ongoing. 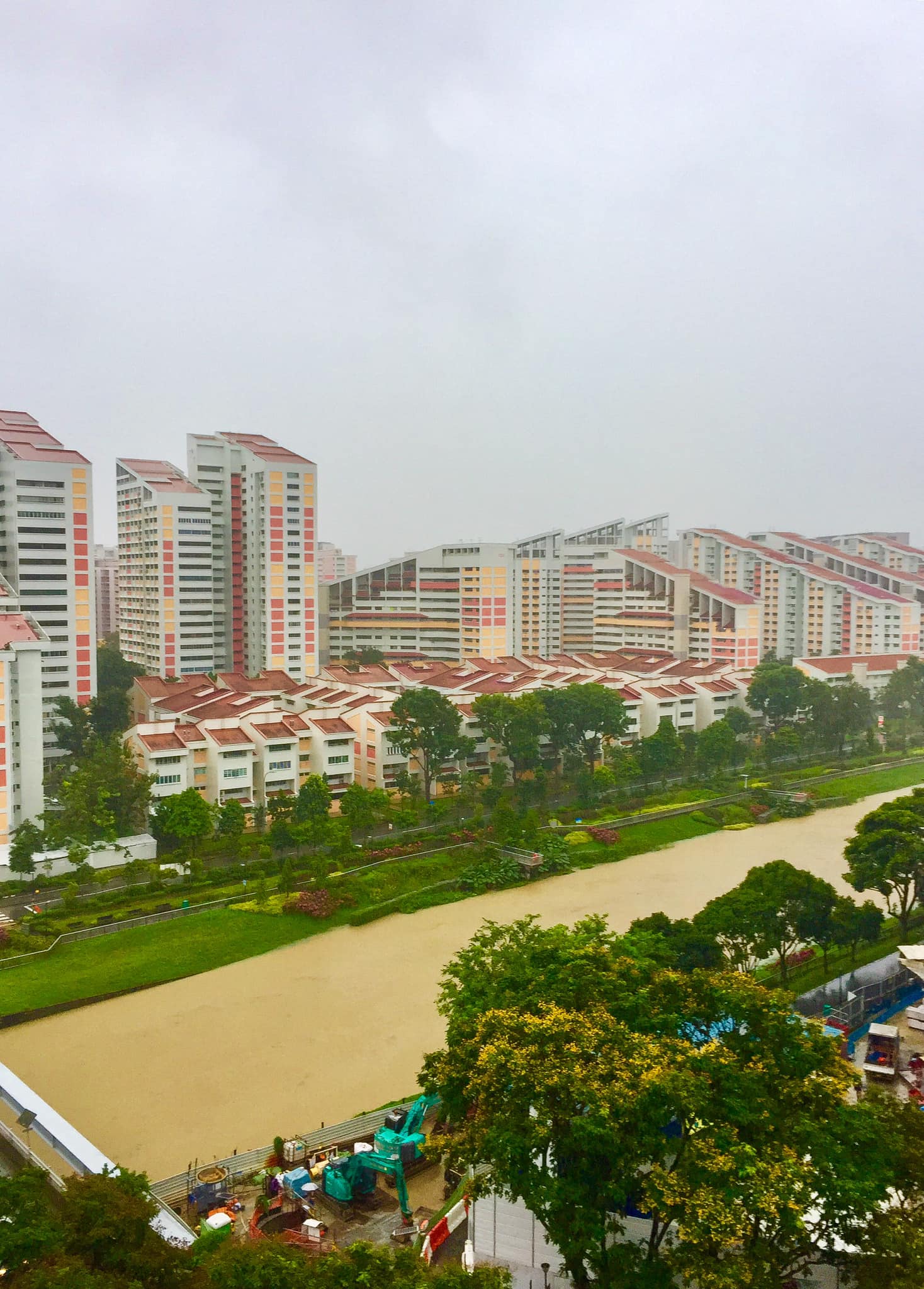 Well, it seems the persistent downpour has also taken its toll on some of our drainage systems as the Public Utilities Board (PUB) issued 7 flood warnings on its Twitter page over the course of 1 hour on Saturday (2 Jan) morning. The areas that were at risk of flooding were found all across the island. The locations were found all across the island, from Boon Lay in the West to Bedok in the East. Here are the places:

Though water levels at the 5 locations all reached above 90%, only the one at Jalan Terusan exceeded 100%.

Over on Facebook, PUB also issued flood warnings at 3 other locations: 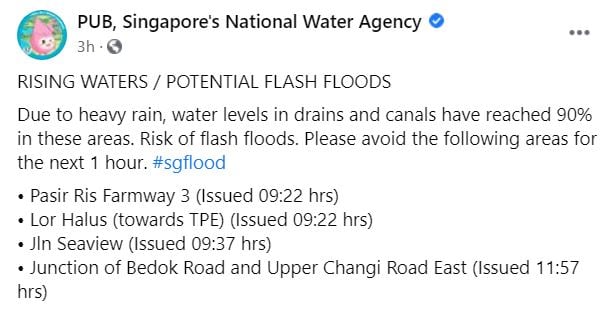 As of 12.30pm on Saturday (2 Jan), Singapore continues to see light to moderate rainfall islandwide. 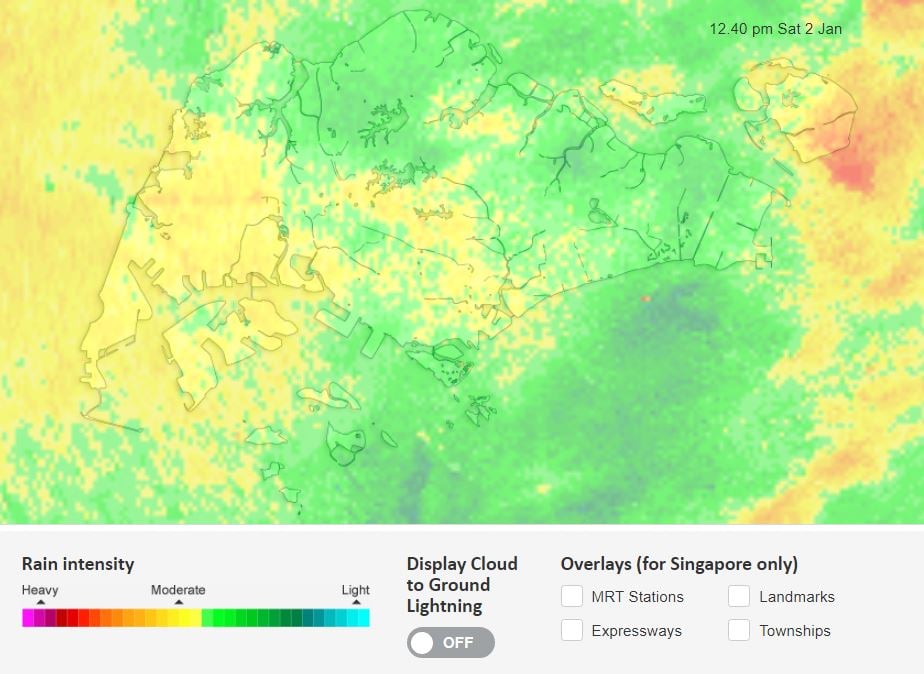 The temperature interestingly appears to be much lower than that from the day before.

The Meteorological Service Singapore (MSS) reported that the highest temperature recorded as of midday is 25.4°C at Tuas — 1.5°C lower than 27.0°C yesterday.

MSS predicts that the rain will start clearing up as soon as Sunday (3 Jan), so perhaps you can already start planning for your weekend cycling trip with the fam. Bring along an umbrella if you are heading out

The torrential rain that we started 2021 with would surely be a much-welcome change from the humidity that we’ve become accustomed to.

Having said that, remember to bring an umbrella and jacket if you plan on heading out today, so as to not catch a cold.

If you happen to be driving, do check out PUB’s social media accounts for the latest flood warnings, and avoid those areas if possible.