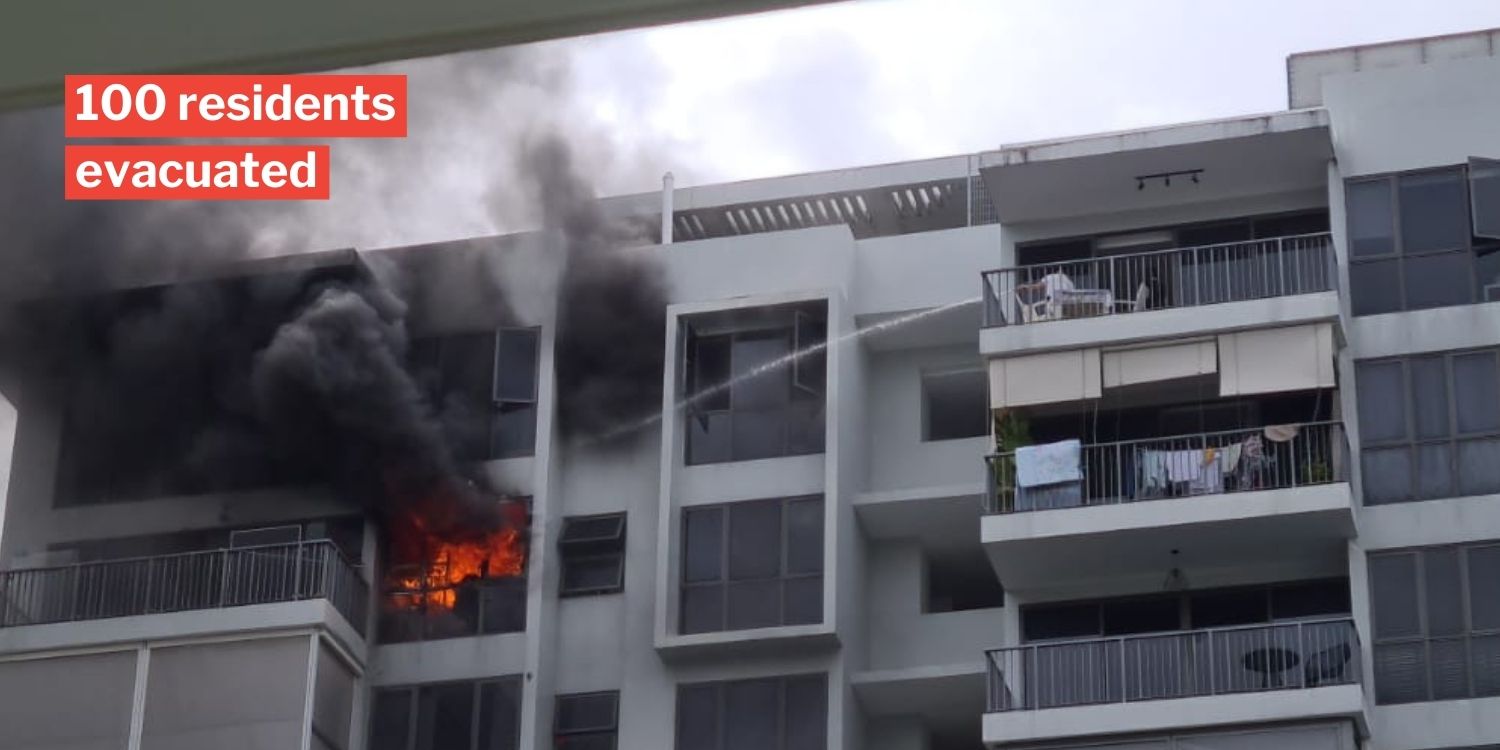 In high-density Singapore, most people live in close quarters with one another and that means we’re likely to have many neighbours.

While some people find their neighbours a nuisance, it’s always heartening when the kampung spirit wins the day and neighbours are friendly and help one another out.

Take this resident in Punggol Field who tried to extinguish a fire that erupted in his neighbour’s unit. According to the Singapore Civil Defence Force (SCDF), 6 people were in the affected flat, and thankfully all were rescued.

Fire broke out in 16th-storey flat on 19 Dec

In a Facebook post on Saturday (19 Dec), the SCDF said the fire broke out on the same day at a 2-storey flat in Block 19, Punggol Field Walk. They were alerted at 11.25am, and firefighters from Sengkang Fire Station were sent immediately.

The firefighters found that the fire originated from the bedroom, and had fully engulfed it. Thus, they had to don breathing apparatus and force their way into the flat.

In the flat, the firefighters rescued 6 people – 1 from the kitchen and 2 others from a bedroom directly above the one that was ablaze.

3 other people were found standing precariously on the ledge outside a toilet on the upper floor, and brought in safely through the window. 5 of them were sent to the Singapore General Hospital as they had suffered smoke inhalation.

The 6th person, however, refused to be sent to hospital.

As the fire was raging, a resident in a top-floor balcony can be seen using a hose and spraying water at the fire, hoping to help put it out. Later, a resident in the unit below his also joined in with his own hose. From the photos and videos posted, they appeared to have at least helped quash part of the blaze on the façade.

Netizens commend neighbour, others concerned whether it will help

Some were quick to commend the neighbour on Reddit, saying that he’s showing the kampung spirit.

Others weren’t sure, saying that he could have made things worse.

However, some felt that any little bit helps, and he may have stopped the fire from spreading more rapidly by cooling the surface.

Whatever it is, it’s certain that he had the best intentions.

While the flat occupants were fortunately rescued, about 100 residents from the block had to be evacuated.

That probably included the neighbours who tried to help too. Investigations are ongoing to find out what caused the fire.

Willing to lend a helping hand to neighbours in trouble

While the neighbours would be forgiven for running out of the building to save their own skin, it’s praiseworthy that they stayed to help instead.

It’s nice to know that the kampung spirit is still alive, and some people are willing to help out when their neighbours are in trouble.

Whether or not they actually helped doesn’t matter, as the kind intentions truly warmed the cockles of our hearts.