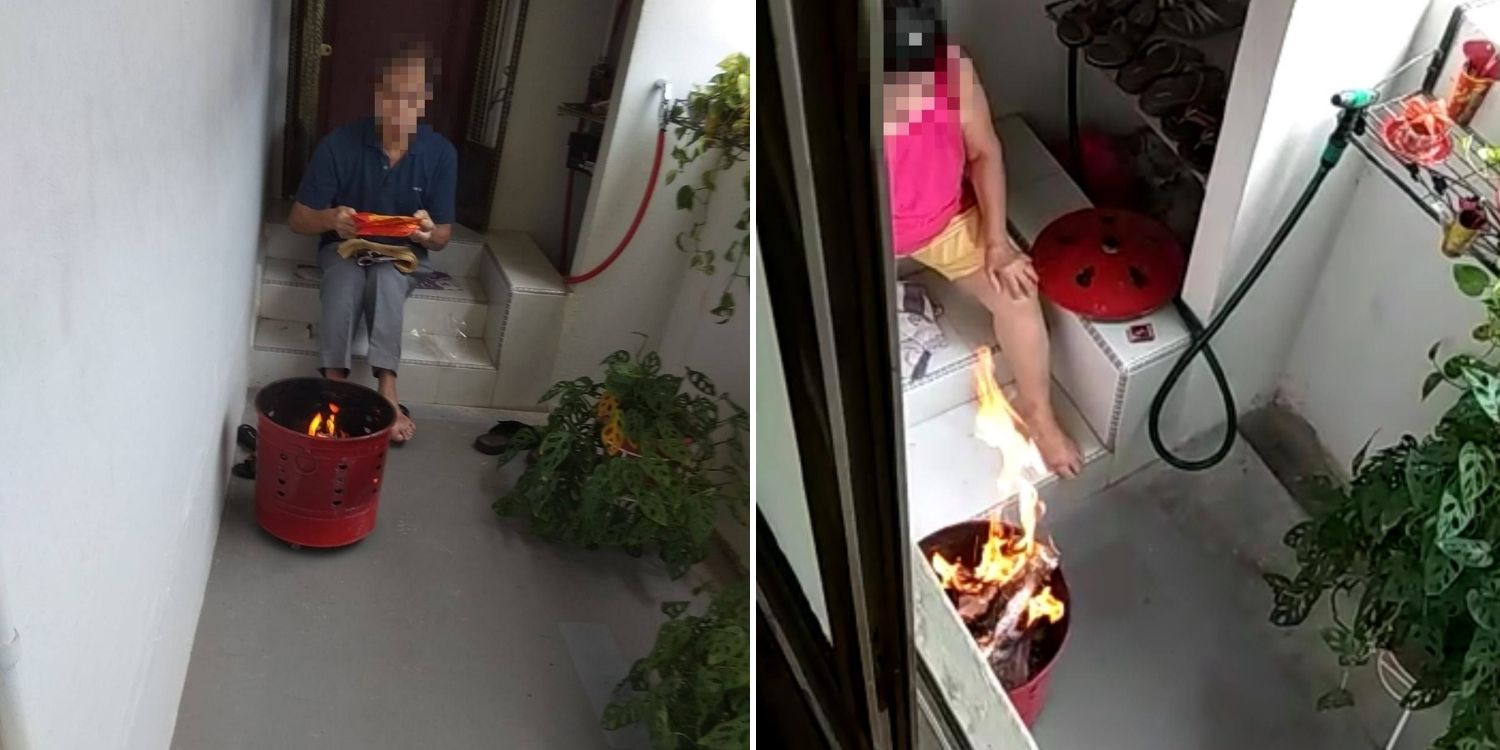 High-density living has its challenges.

Most Singaporeans have lived in high-density public housing our whole lives, and you’d think that by now we should be used to having some consideration for those who live nearby.

However, it seems that there are still residents out there who need to do better.

According to a Tampines resident, his next-door neighbours have been burning incense paper at the common corridor, sending smoke and burning embers through their window. In his post to the Complaint Singapore Facebook group on Monday (30 Nov), the resident says he’s complained to the authorities, and the Town Council has sent officers to advise them. 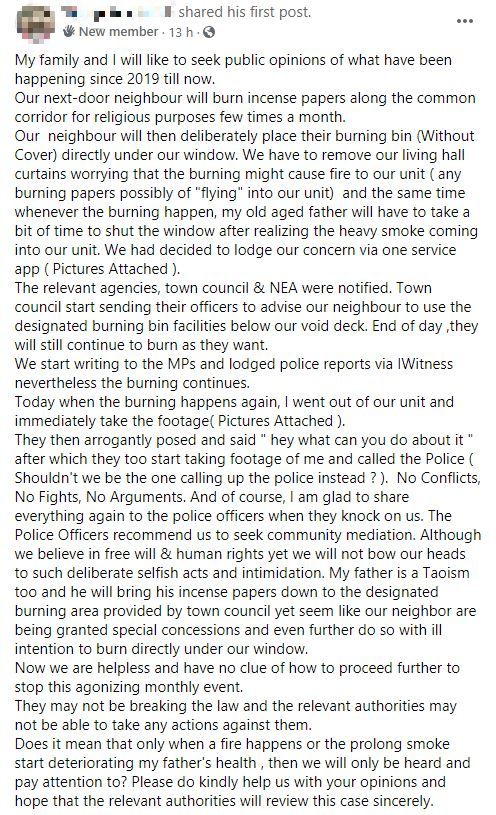 However, the burning still persists, he added.

In the post, a Mr Kasper Wong said his neighbours will sit at the steps outside their unit and burn incense at the corridor a few times a month.

This has been happening since 2019, he added.

Worse still, the burning container is usually placed directly outside their window. That means it’s likely that smoke, embers, ash and burnt paper will fly into the window.

In fact, Mr Wong said his elderly father would have to amble to the window to close it.

Burning of incense should take place outside

In case you may not know, burning of incense paper isn’t allowed in HDB common corridors, as it’s a fire hazard.

According to the Singapore Civil Defence Force’s (SCDF’s) fire safety guidelines for the public, incense papers should be burnt only in incense burners or metal containers provided by the Town Council. These designated burners and containers are placed on sturdy ground outside the block, far from residential premises and combustible materials.

Mr Wong said his father is also a Taoist, and uses these approved burners downstairs.

However, many people have been seen flouting the rules by doing their burning on the ground and near to residences, especially during the Hungry Ghost Festival.

Mr Wong said he’s made complaints via the One Service app to the authorities, including the Town Council and National Environment Agency (NEA).

He’s also made a police report.

However, he claimed that the only action taken was that Town Council officers have visited the neighbour to use the designated burning bin facilities near the void deck.

The burning hasn’t stopped, and he’ll be writing to his Member of Parliament (MP) too.

Neighbours started taking photos of him

On Sunday (29 Nov), Mr Wong said his neighbour started burning again, and he took photos of what they were doing.

However, he claimed that they started taking photos of him too, and even called the police. When the police came, he told them what has been happening, and they advised them to seek community mediation.

While he believes that people should be free to do what they want, he’s also scared that his neighbour’s activities will affect them.

His main concerns are that the burning may cause a fire, or prolonged smoke inhalation will affect his father’s health.

Thus, he hopes the authorities can still help them, and wonders whether there’s any laws that his neighbours may be breaking.

This isn’t the first time that the burning of incense papers in HDB estates has fanned some flames among residents.

In Sep 2018, 2 Tanjong Pagar residents were caught on video burning paper along the corridors of their flats during the Mid-Autumn celebrations. 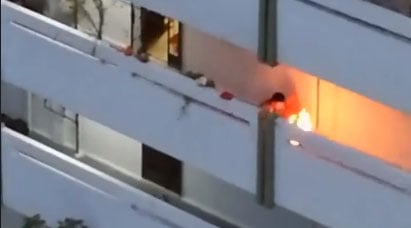 In Aug 2018, a HDB resident shared on Facebook about a similar problem he was facing with his neighbour during the Hungry Ghost Festival. 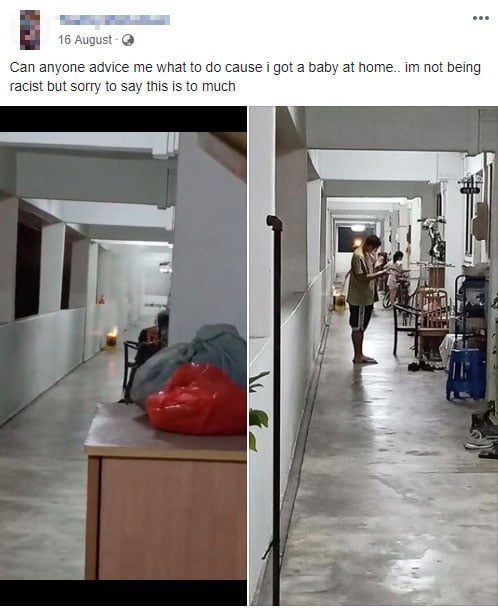 In his post, he stated that he’s mainly concerned about the health and safety of his infant at home.

Do show consideration to others

High-density living has its challenges, especially when the burning of large amounts of paper is involved.

While the religious practices should be respected, it’s also important to show consideration for others and not let your actions affect them.

After all, a harmonious relationship with your neighbours, whom you live so close to, is one way you can live a happier and more peaceful life.