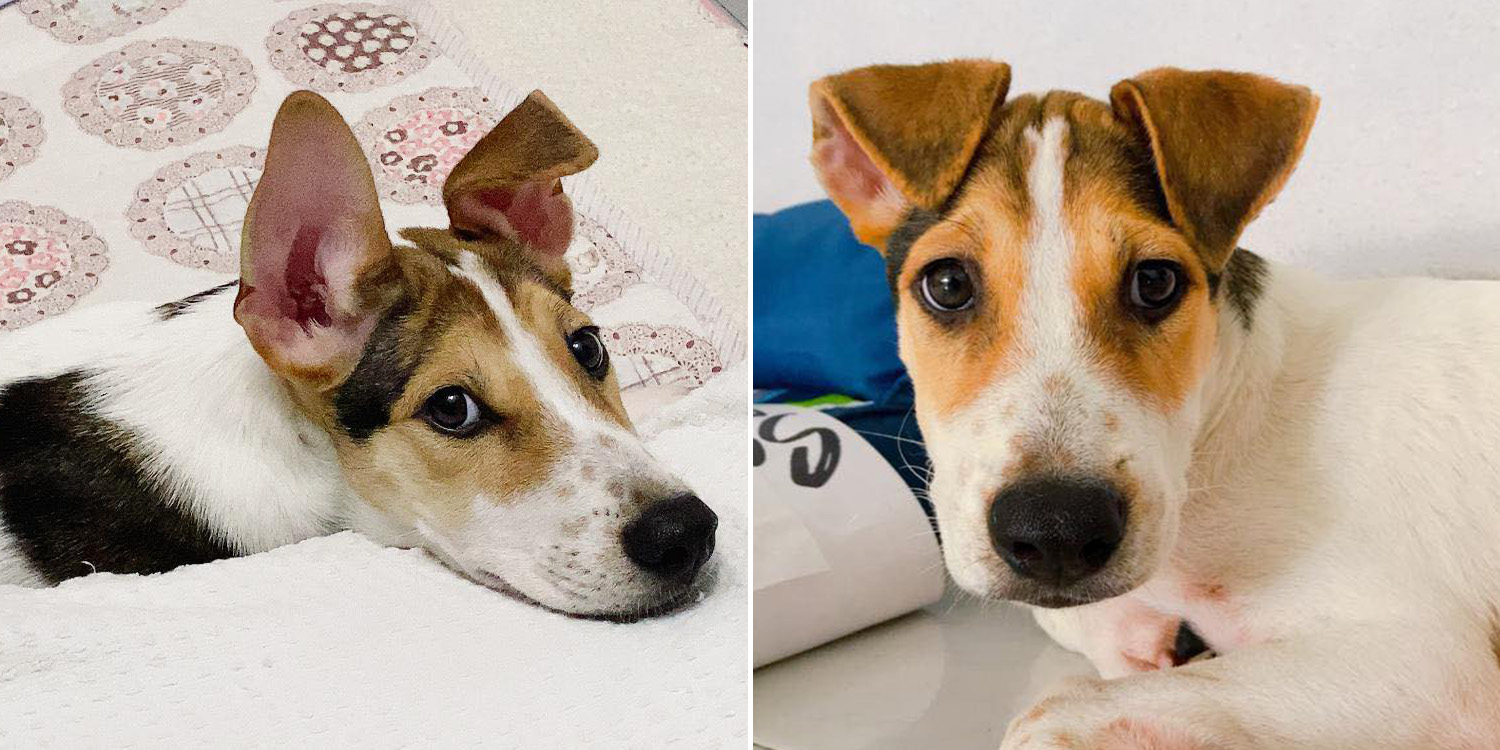 Dogs put up for adoption often face a lot of uncertainty about their future. However, the adoption journey is even tougher for dogs who require medical care like Milk, a mongrel pup.

However, Milk is still struggling to find his furever home. 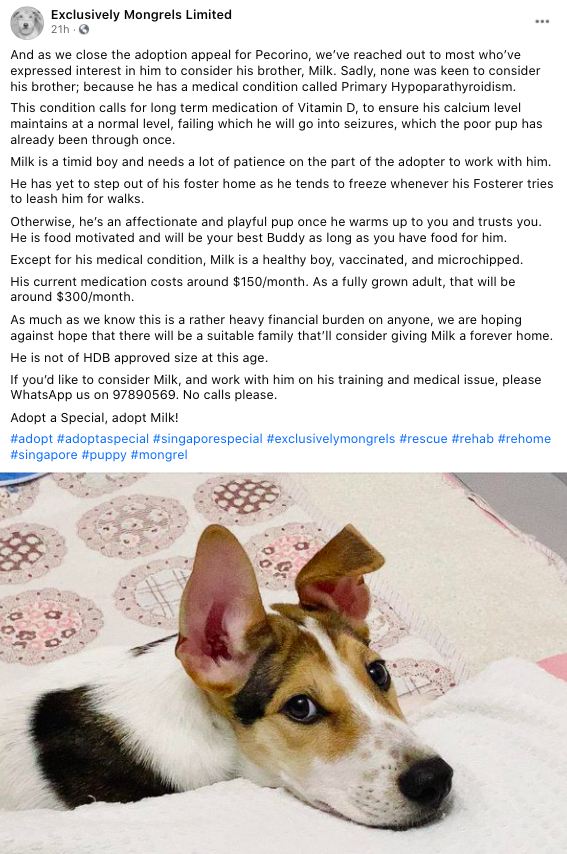 It is likely that Milk’s medical condition – Primary Hypoparathyroidism – has deterred potential adopters.

According to PetMD, symptoms can include seizures, muscle twitching, and weakness.

Primary Hypoparathyroidism is a long-term condition that would affect Milk, and his fur parent must be able to bear the additional medical costs required.

Milk’s current medication costs around $150 monthly, and this would eventually go up to $300/month when he is fully grown.

Since the condition affects Milk’s calcium level, he would require long-term Vitamin D medication. Without it, Milk’s seizures would act up.

However, apart from his medical condition, Milk is healthy, vaccinated, and microchipped.

Milk requires time to open up

Milk can be rather timid and requires much patience from his fur parent.

Just like most people, he needs some time to open up. 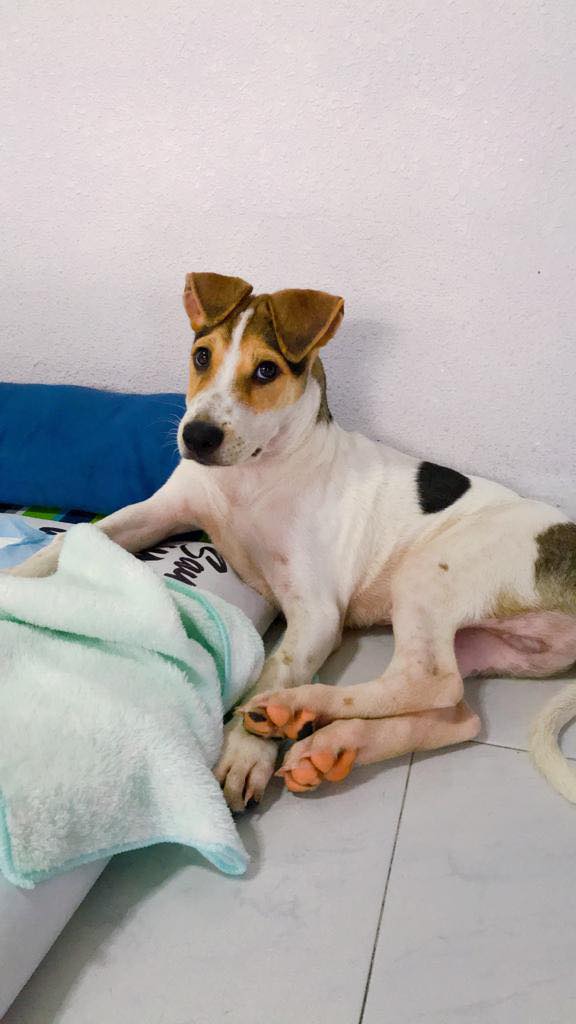 To date, Milk has not stepped out of his foster home as he freezes up when put on a leash.

Nevertheless, Milk is extremely affectionate and playful once he senses that he can trust someone. 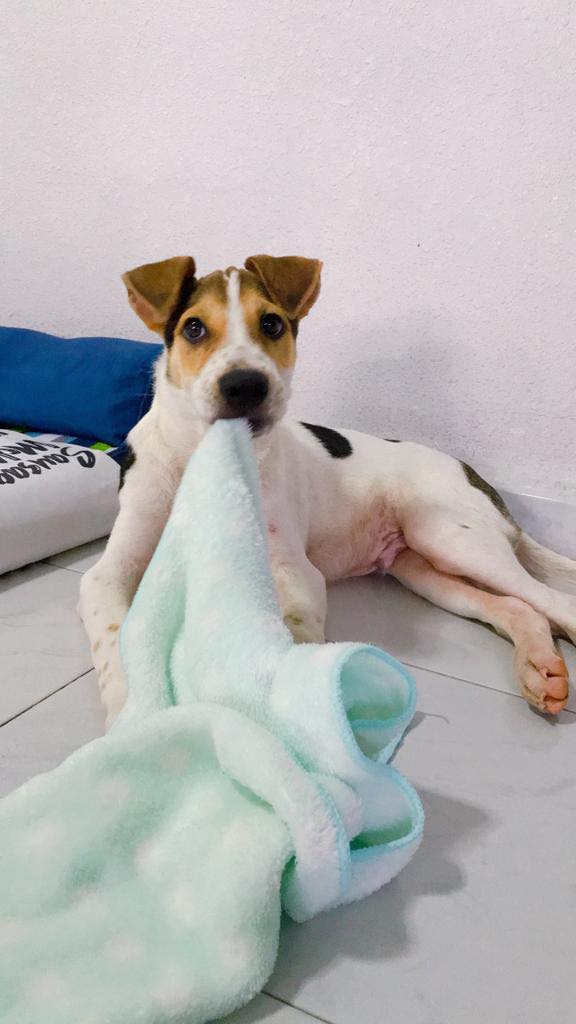 Just like any other dog, Milk loves his treats and will be your best buddy once he warms up to you.

While Milk’s medical condition could be a tad expensive, Exclusively Mongrels Limited still holds hope that a suitable family will come along and give Milk a furever home.

After all, aside from his medical condition, he is just a playful puppy that wants a family of his own.

Unfortunately, Milk is not HDB approved. But if you are keen on bringing Milk into your family, you can reach out via WhatsApp message to the number stated here.

We hope Milk finds his forever home soon and receives all the love he deserves.