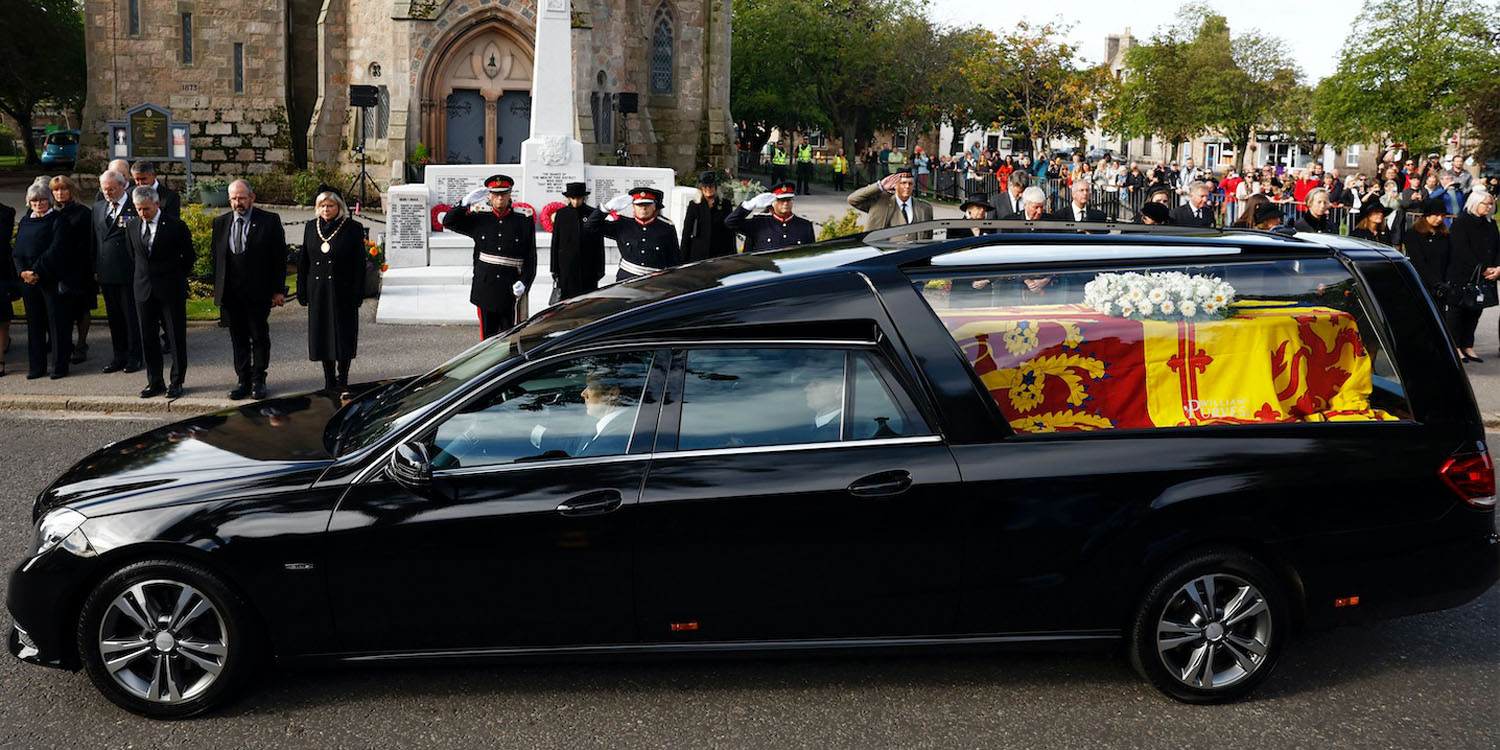 The cortege will take a 6-hour journey through Scottish towns.

Since Queen Elizabeth II‘s passing, citizens of the United Kingdom are currently mourning the loss of their beloved monarch.

Her casket, draped with the Royal Standard of Scotland with a wreath of flowers atop it, had been in the Balmoral ballroom for estate workers to bid their final farewell.

On Sunday (11 Sep), the Queen’s casket left Balmoral Castle and made its way to Edinburgh, reported The Guardian. 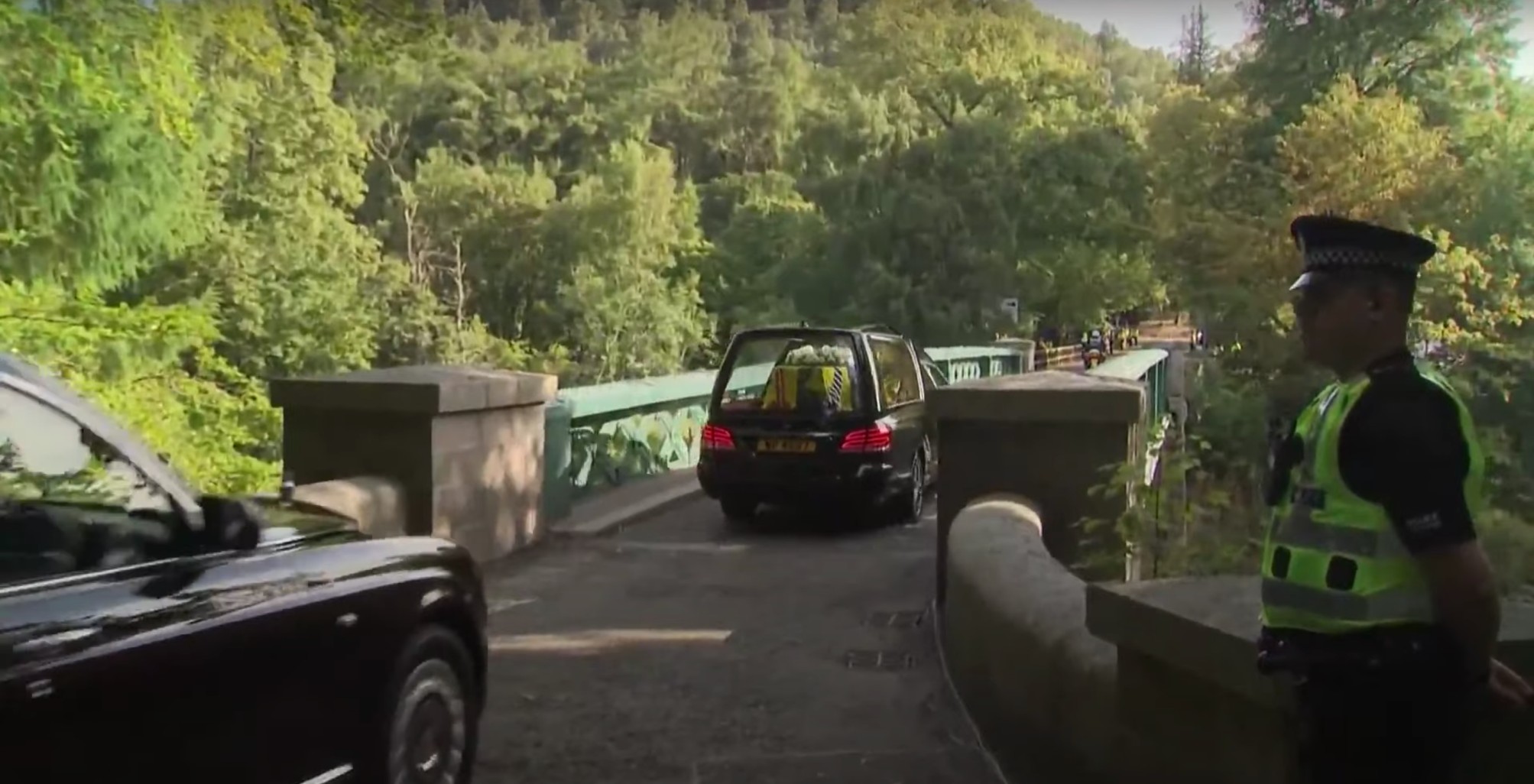 The cortege carrying her coffin will take a six-hour journey through Scottish towns.

This marks the start of a period of national mourning that will culminate in her state funeral on 19 Sep.

Before arriving at Edinburgh’s Palace of Holyroodhouse, her coffin will pass through Ballater, Aberdeen, Dundee, and Perth. 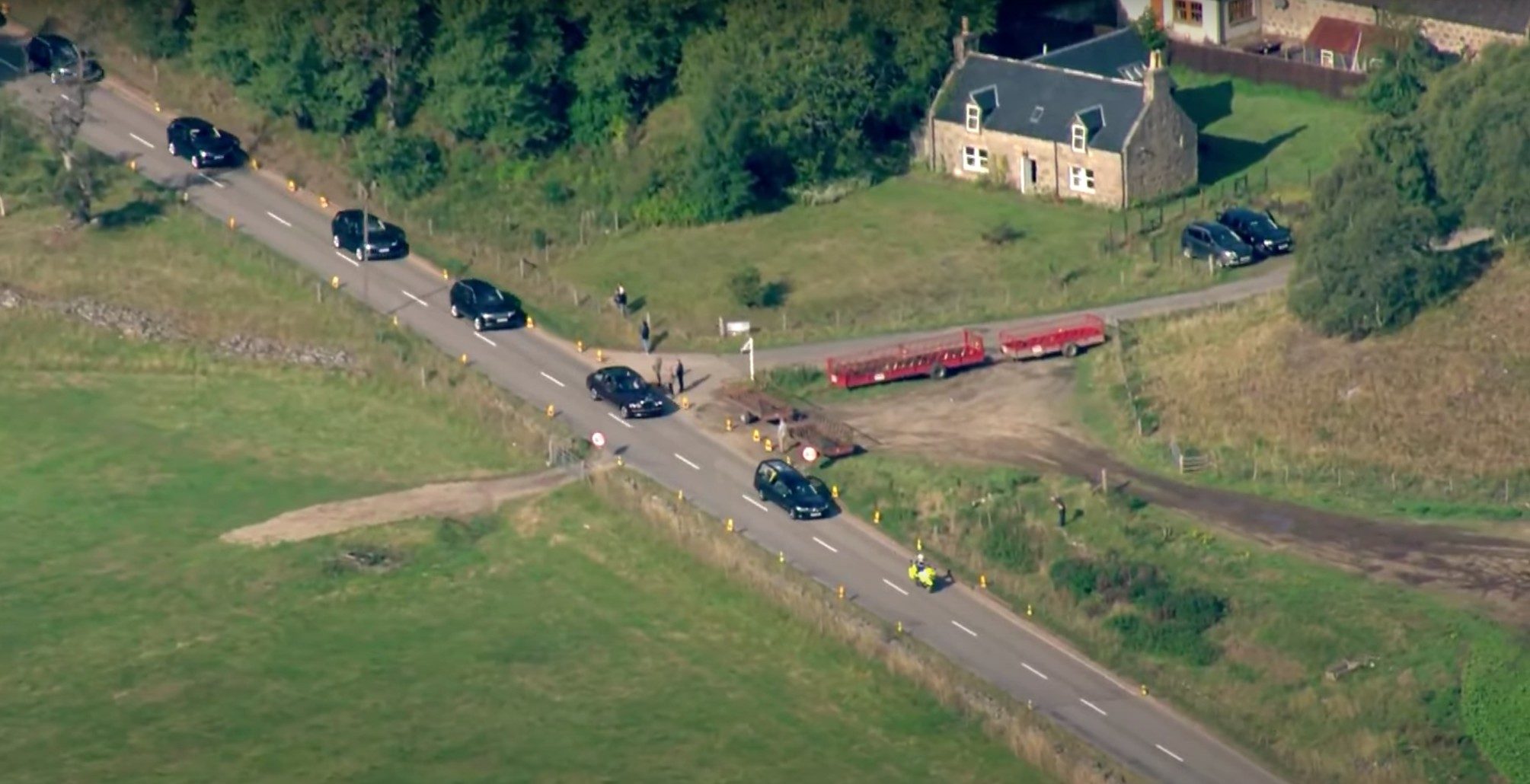 Once the Queen’s casket arrives at the monarch’s official Scotland residence, it will rest for a day for people to pay tribute.

The funeral cortege was lined with thousands of mourners as it arrived in Ballater at about 10.26am local time. 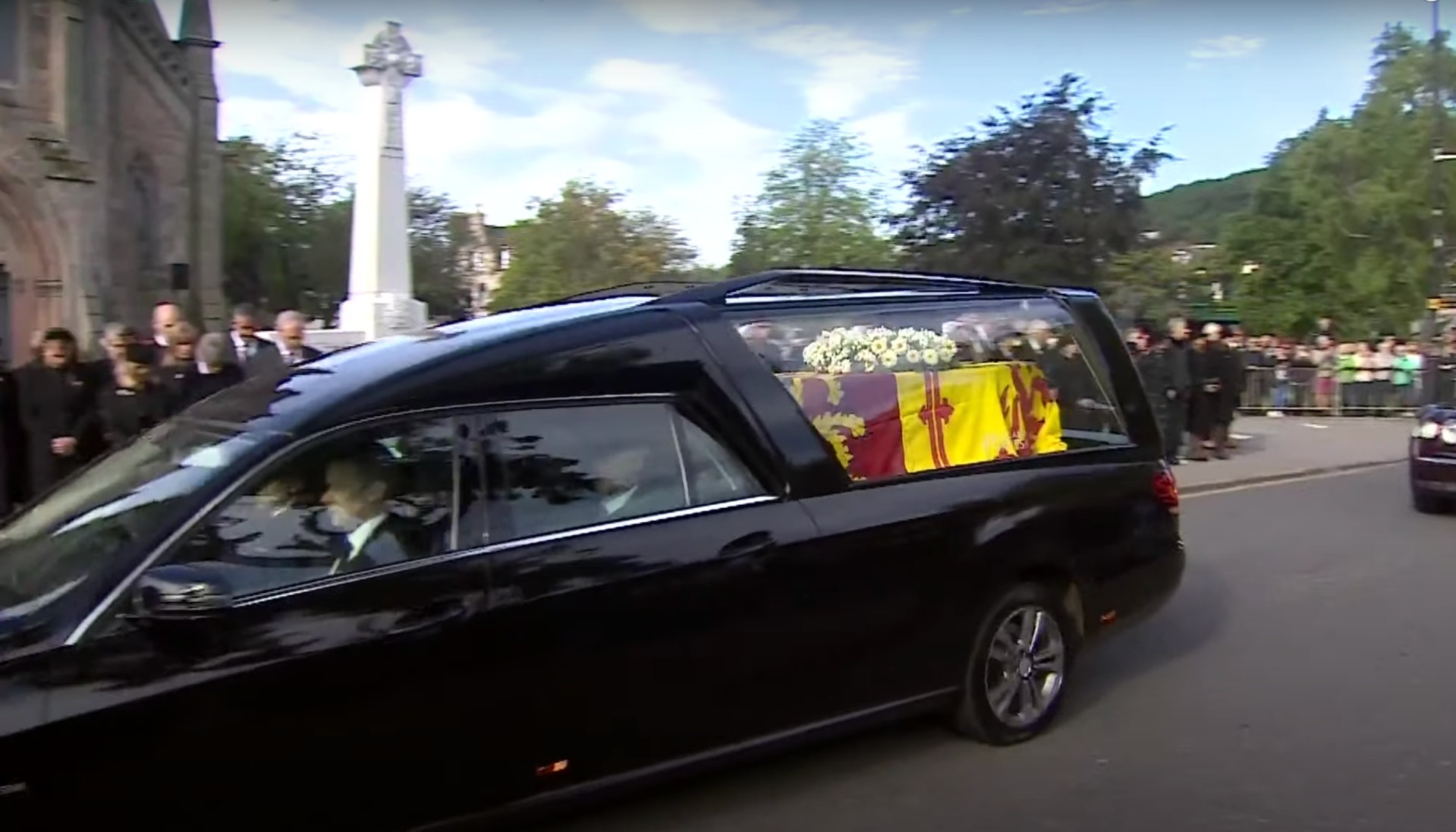 On Monday (12 Sep), the royal family, including King Charles III, will attend a procession to convey the Queen’s casket along the Edinburgh Royal Mile to St Giles’ Cathedral.

Following that, the Queen’s body will be flown by the Royal Air Force jet to London on Tuesday (13 Sep). The casket will then be driven to Buckingham Palace.

On Wednesday (14 Sep), it will be moved to Westminister Hall to lie in state for four days. At least a million people are expected to pay tribute during this period.

The Queen’s official state funeral will be held on 19 Sep at Westminster Abbey.

Outside the gates of Balmoral Castle, where the Queen passed peacefully, flowers lined the palace’s walls. 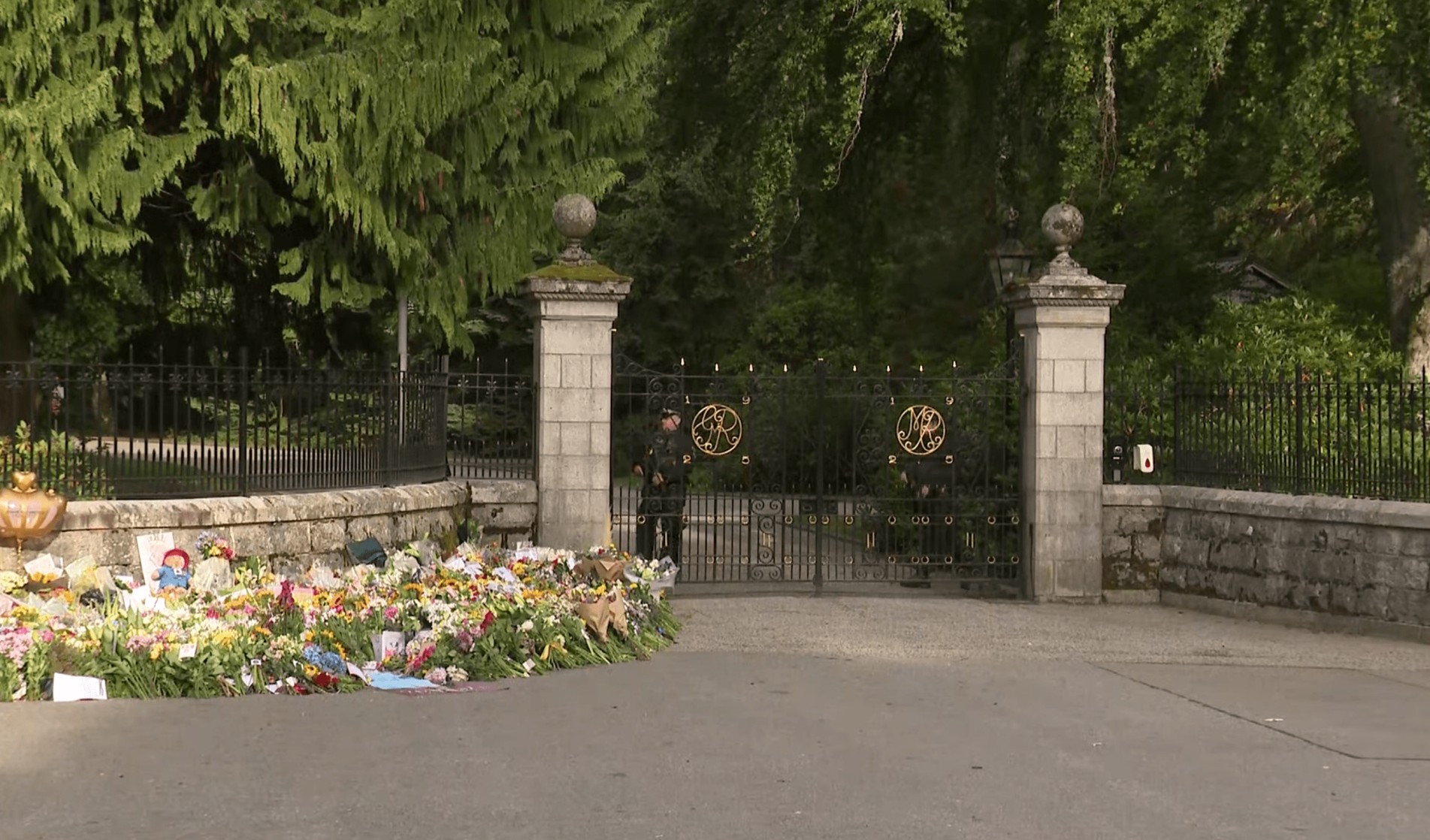 Earlier on Saturday (10 Sep), members of the royal family, including Prince Andrew, Princess Anne, and Prince Edward, were seen reading some of these tributes left by the public, reported The Independent.

They were there to greet well-wishers after attending a private memorial church service.

The outpouring of grief over the monarch’s passing was evident all over the UK, with mourners flocking to landmarks like Windsor Castle and Buckingham Palace to pay their respects.

According to The Daily Mail, a massive mound of floral tributes has built up outside the palace’s gates despite Buckingham Palace’s urge not to do so. 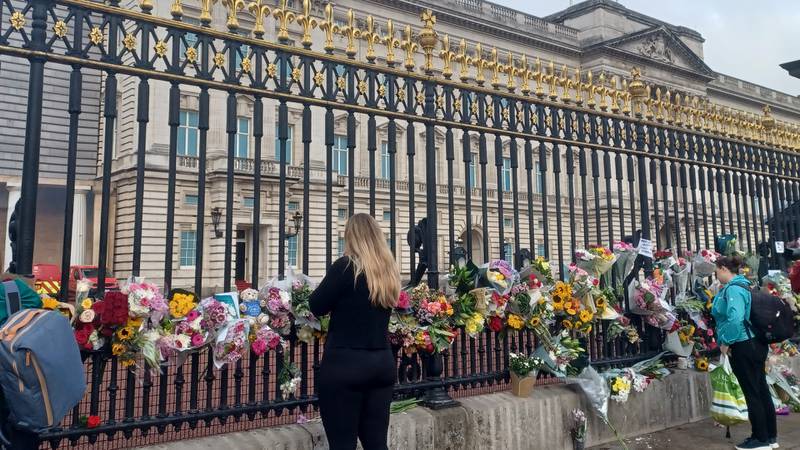 Over in Singapore, people have also been laying floral tributes for the Queen outside the British High Commission. Shin Min Daily News reported that in the past days, there had been over 50 bouquets laid out in front of the commission.

Members of the public had also left tributes for the late Queen in a memorial set up within the building.