WP’s Raeesah Khan Resigns As MP, Thanks Sengkang Residents For Allowing Her To Serve 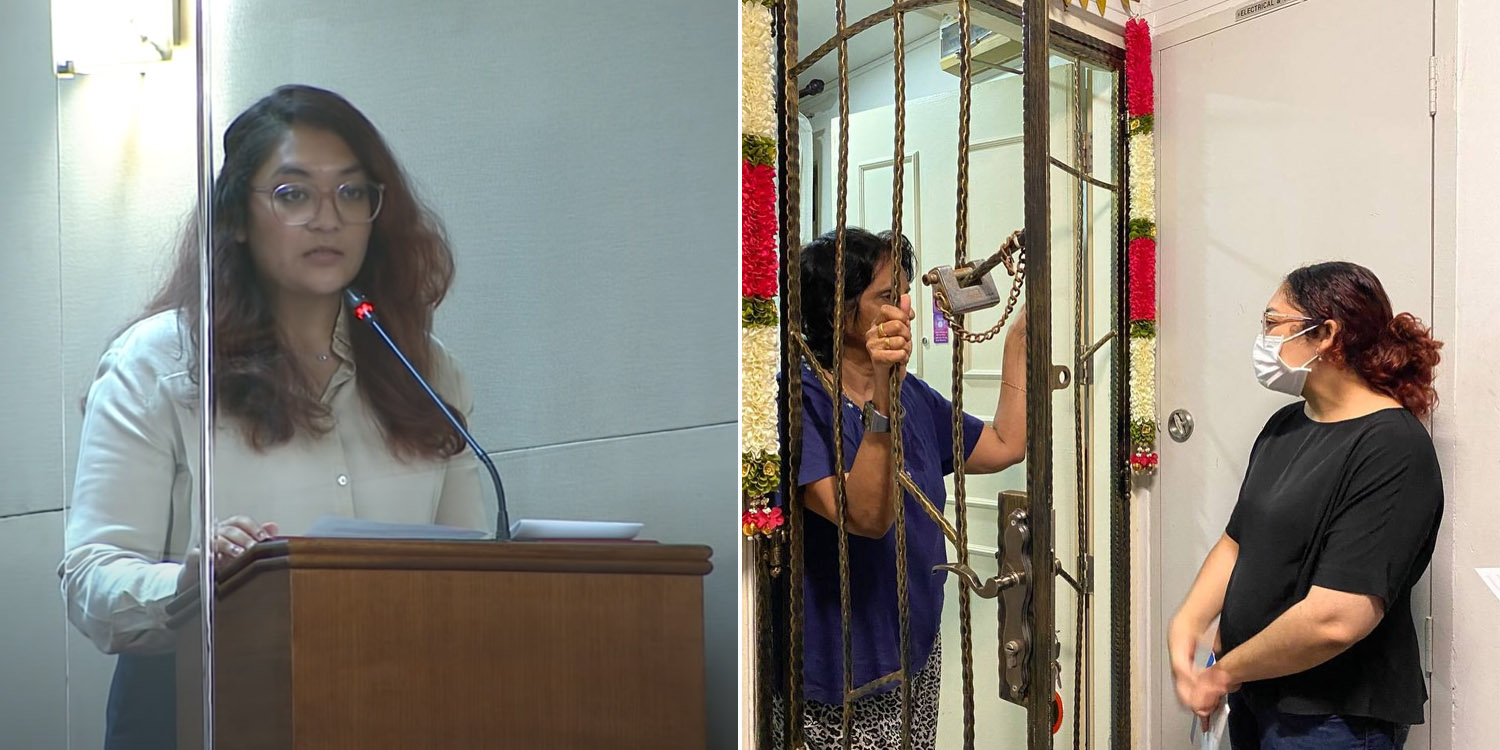 WP will be providing more information on the situation on 2 Dec.

Raeesah Khan Resigns From Workers’ Party & As MP On 30 Nov

In August, Singapore’s youngest Member of Parliament Raeesah Khan shared an anecdote about her accompanying a rape victim to a police station.

She later admitted that it was a lie. About 2 months later, the Workers’ Party MP withdrew the anecdote, and the matter was referred to the Committee of Privileges.

On Tuesday (30 Nov), the 27-year-old resigned from Workers’ Party and as a Sengkang GRC MP.

Despite her short tenure, Ms Khan said she enjoyed meeting and speaking with Sengkang residents and thanked them for allowing her to serve.

On Tuesday (30 Nov) night, Ms Kan shared her decision to resign as an MP of Sengkang GRC in a letter addressed to Speaker of Parliament Tan Chuan-Jin. 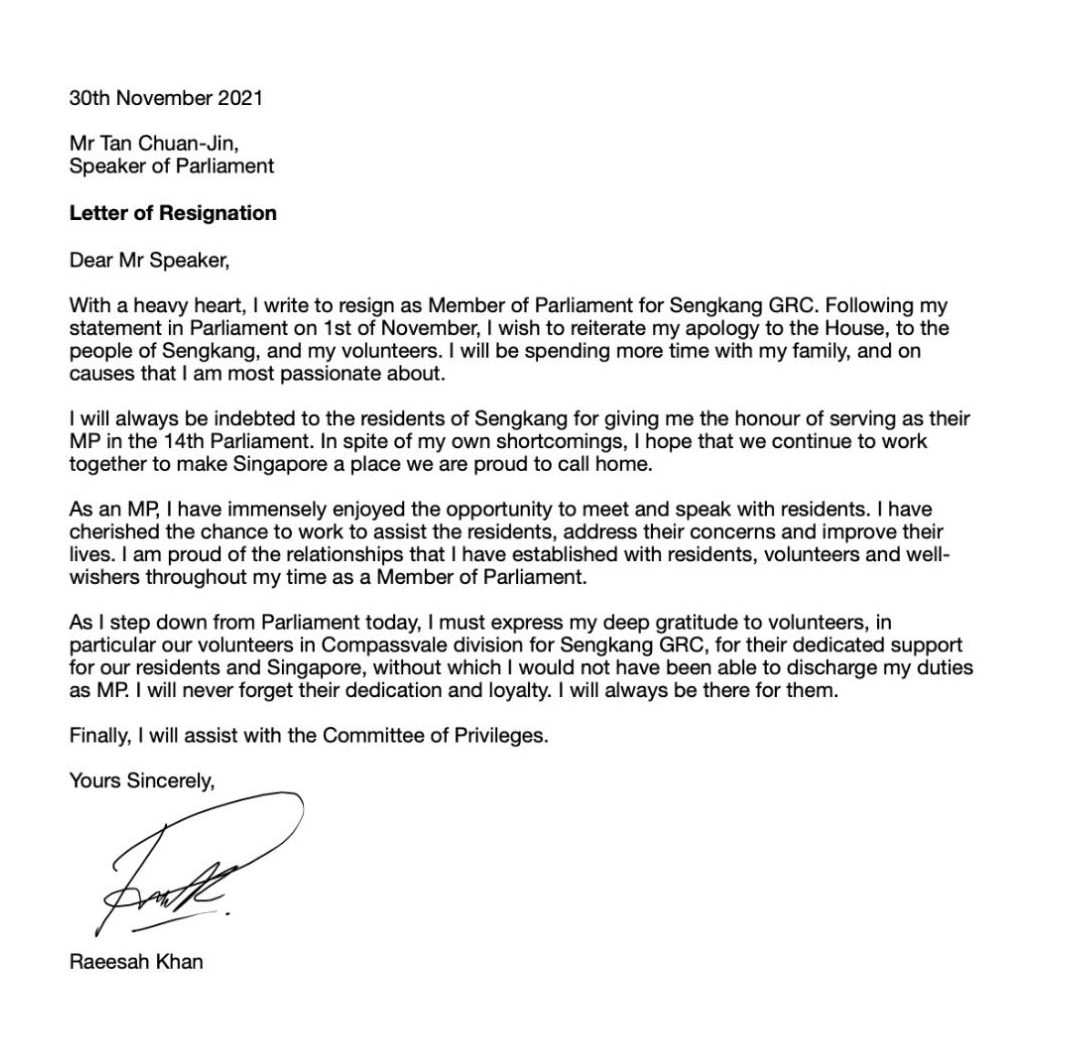 This came about a month after the bombshell revelation in which Ms Khan admitted that she had given a false statement in Parliament.

Moving forward, Ms Khan said she would be spending more time with her family and working on other causes that she feels passionate about.

Ms Khan also thanked Sengkang residents for allowing her to serve as their MP and hope they can continue working together to make Singapore a better place.

Though her run as MP came to a premature end, Ms Khan said she enjoyed her interactions with her residents, be it meeting or assisting them. 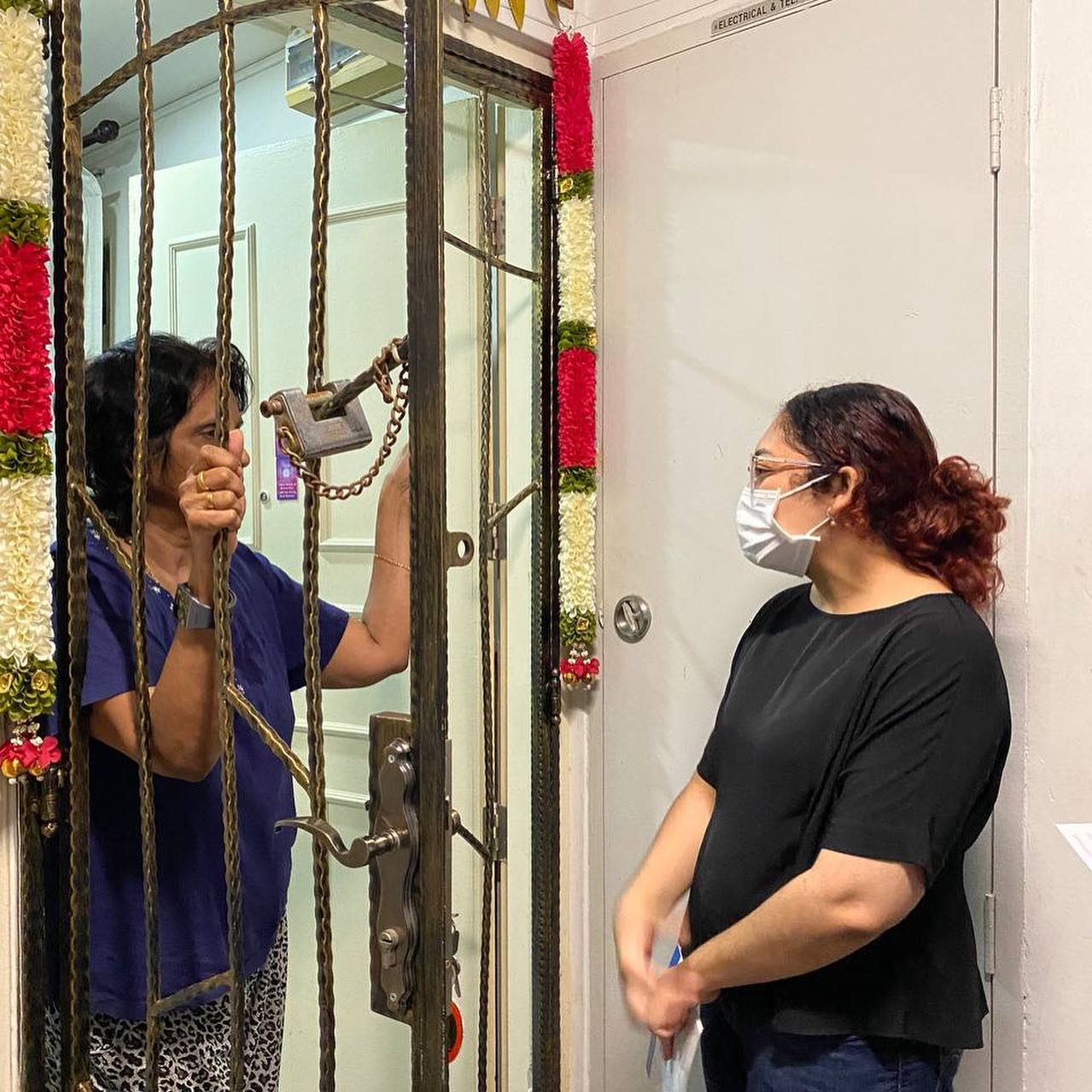 Perhaps most importantly, Ms Khan said she’s proud of her relationships with residents, volunteers, and well-wishers.

Ending the letter, Ms Khan expressed her gratitude to her volunteers, particularly those in the Compassvale division, who helped her immensely during her service as MP. Ms Khan also said she would be cooperating with the Committee of Privileges.

In a separate statement, the WP gave a timeline of how the events leading up to Ms Khan’s resignation unfolded. At about 4.30pm on Tuesday (30 Nov), Ms Khan reportedly shared her intention to resign with WP chief Pritam Singh.

About 3.5 hours later, at 8pm, she conveyed her intention to leave with the WP Central Executive Committee (CEC), which had convened to deliberate and decide on the Disciplinary Committee’s recommendations.

WP will be holding a press conference on Thursday (2 Dec) to provide more information.

The party will also be sharing its plans to ensure constituents of Sengkang are cared for and represented.

Hope Sengkang residents will continue being cared for & represented

The recent saga surrounding Ms Khan has caused much uncertainty about her future and that of Sengkang GRC.

While it’s unfortunate that her run as MP has ended, at least the move will provide residents with some clarity.

Most importantly, we hope WP will put in place measures to ensure that the interests and well-being of Sengkang residents are well looked after.