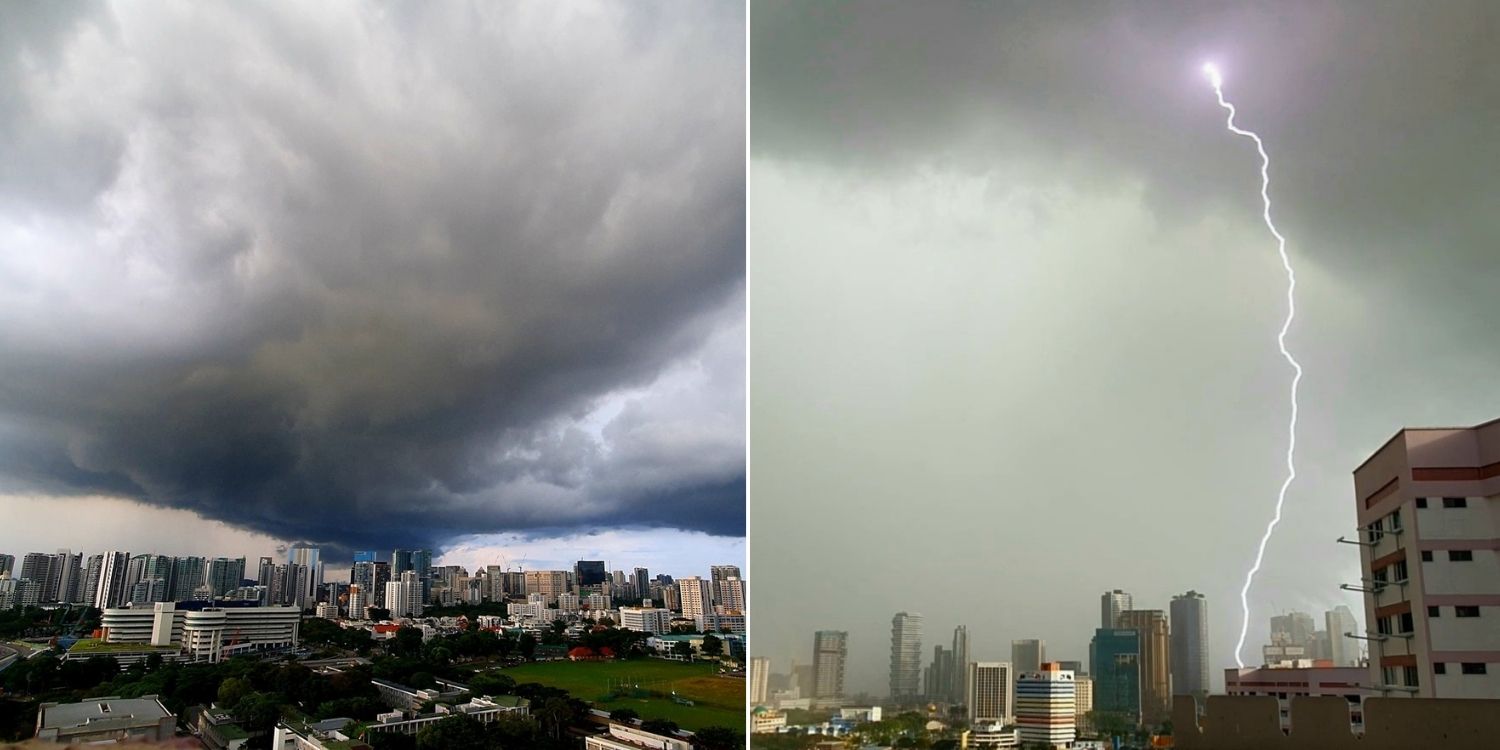 Water Levels In Drains & Canals Reach 90% In Some Areas

Saturday (27 Nov) started off really hot in the daytime, with the scorching sun causing some to doubt whether the predictions of more rain in November were accurate.

However, the skies duly delivered in the evening, with rain pouring down. 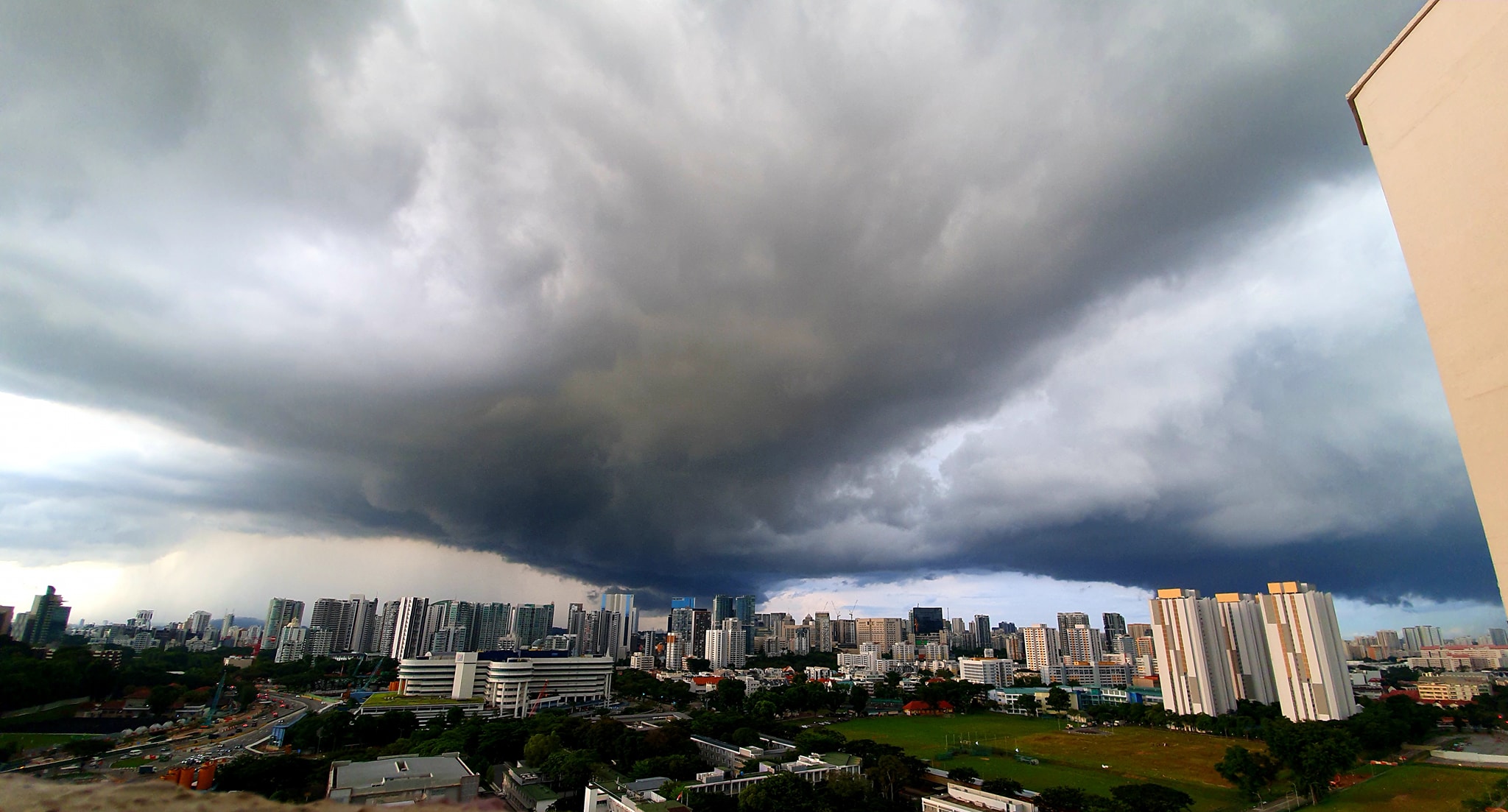 The thundery showers prompted national water agency PUB to warn the public about the risk of flash floods in some areas in Singapore.

This is because water levels in drains and canals have reached 90% in the affected areas.

Shortly before 6pm, many Singaporeans would’ve noticed that a downpour had started, and the PUB issued a warning of heavy rain at 6.18pm.

The Meteorological Service Singapore (MSS) reported heavy thundery showers with gusty winds over many areas of Singapore and otherwise moderate rain in the far west and south-west. 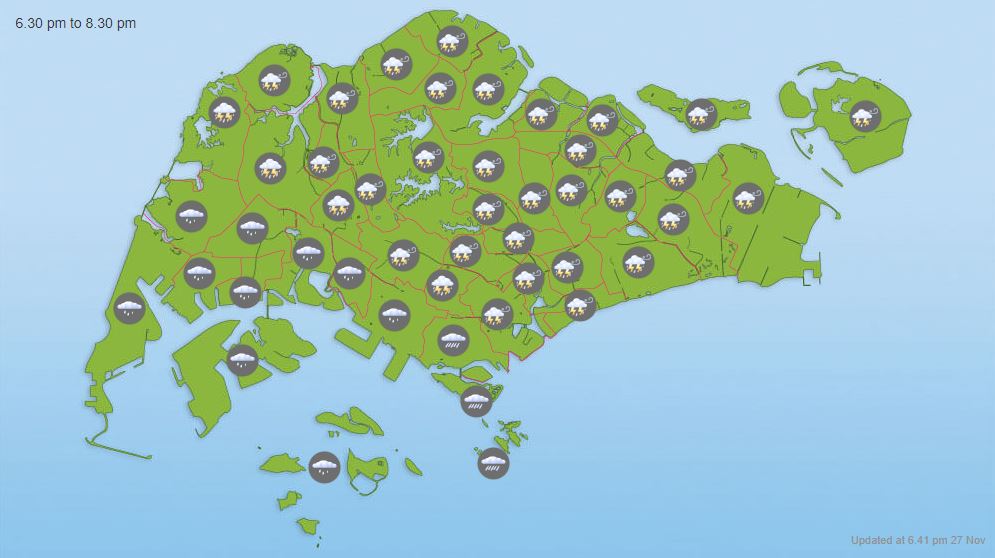 Risk of flash floods in 9 areas

In a series of Facebook updates between 5.58-6.57pm, the PUB then listed out 9 areas of concern.

They said the water levels in the drains and canals in these areas had reached 90%, and there’s a risk of flash floods.

The PUB also advised the public to avoid these areas for 1 hour. 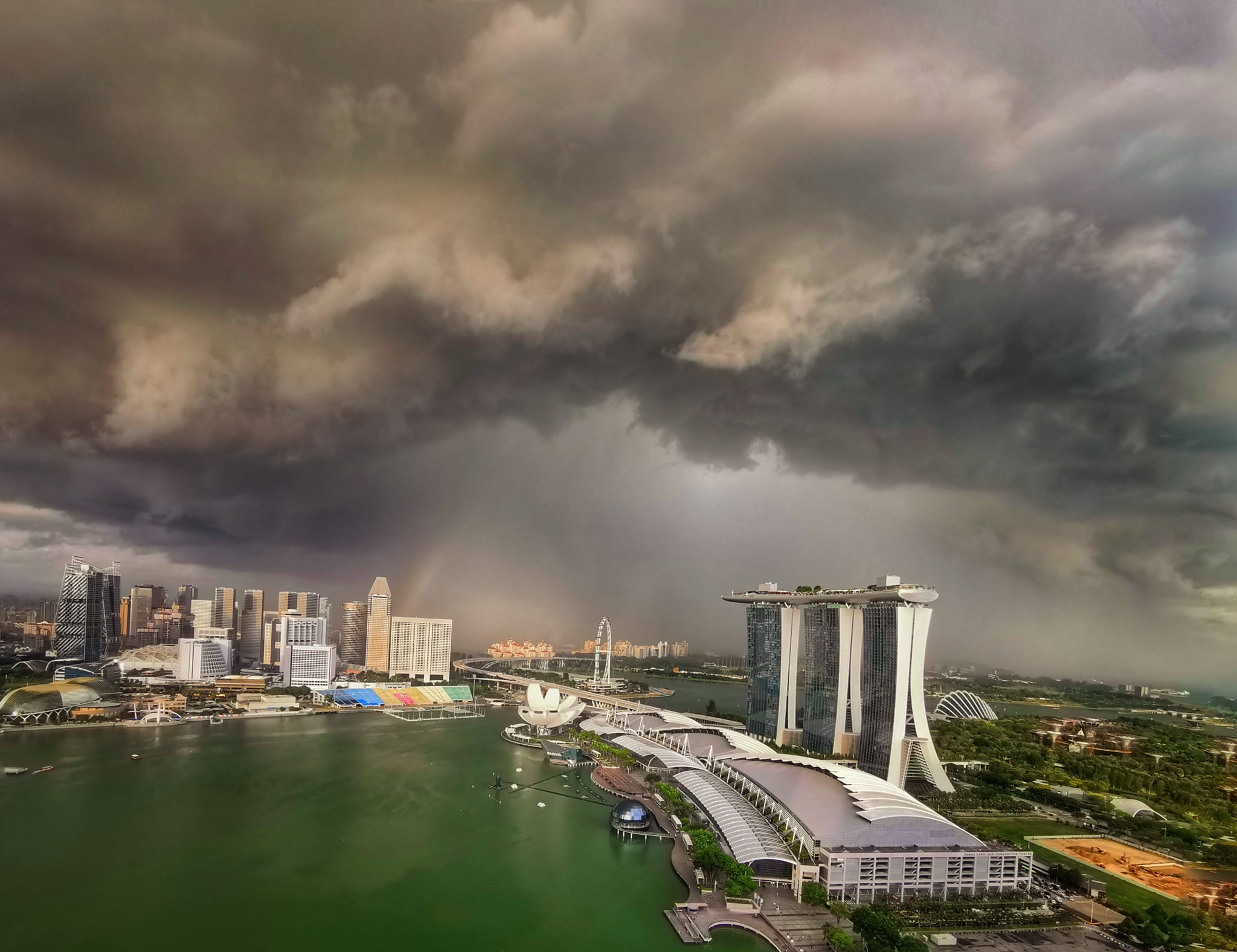 One brave netizen also captured a frightening bolt of lightning. 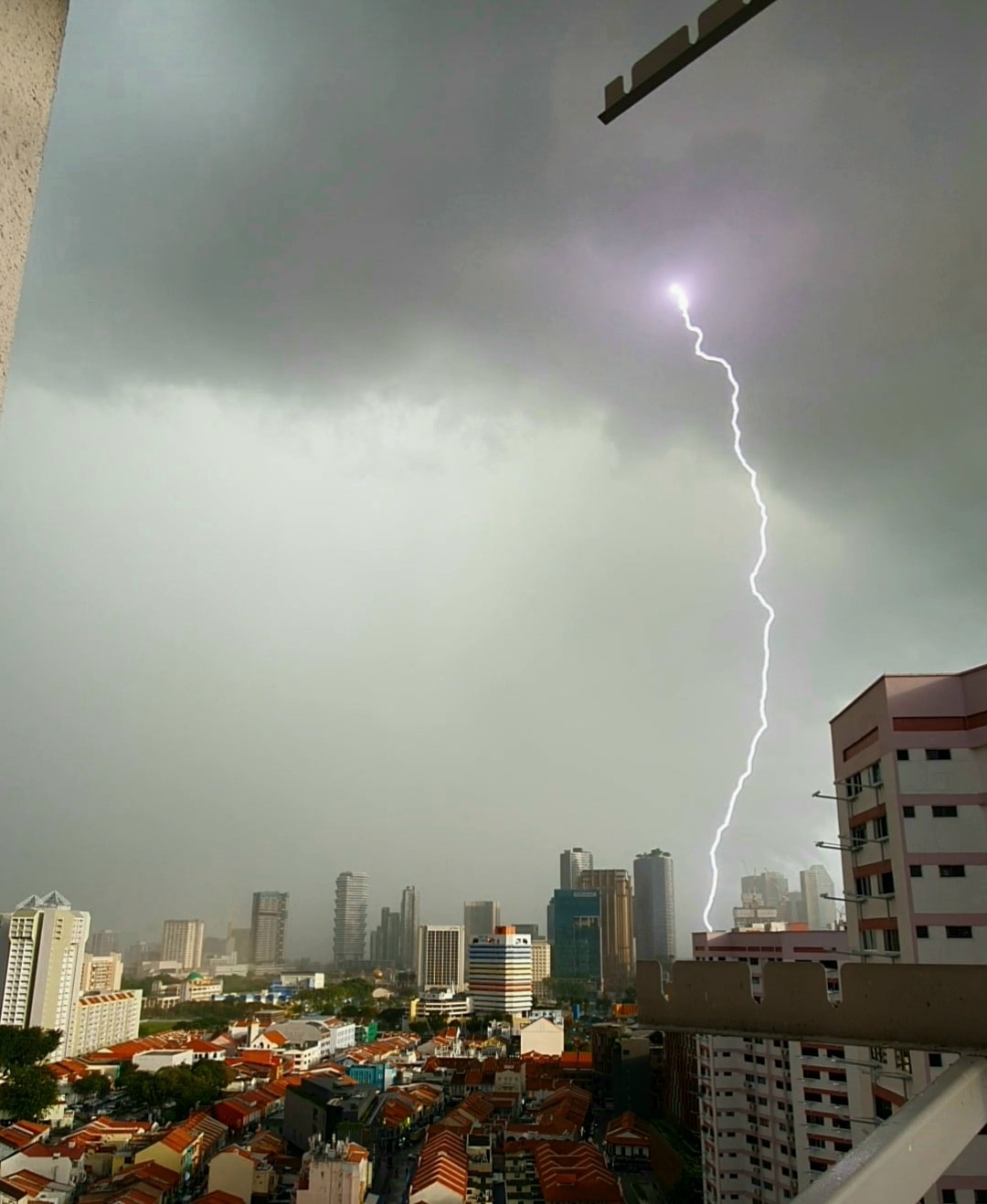 Other reported that the rain was really starting to come down at their place. 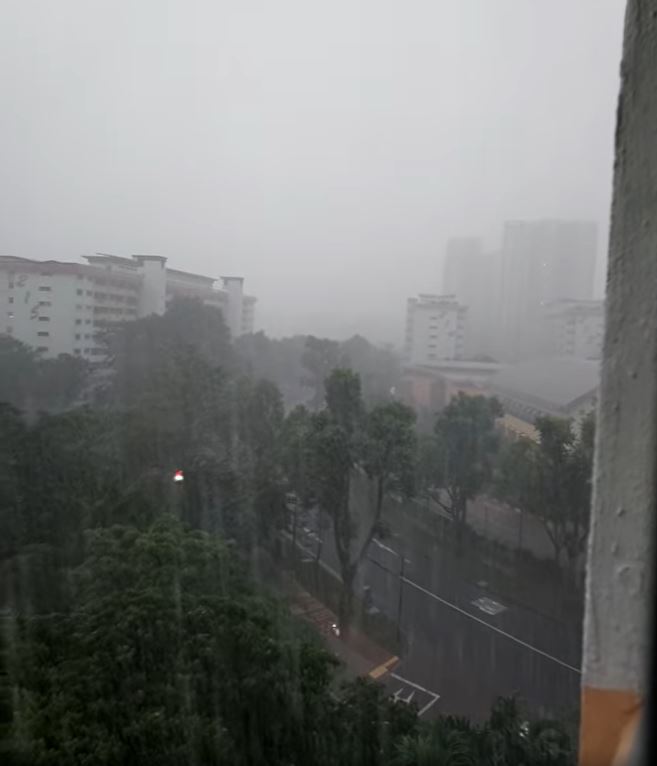 Mercifully, the thundery showers made way for light rain in most parts of Singapore, except the far east, by about 7.30pm. 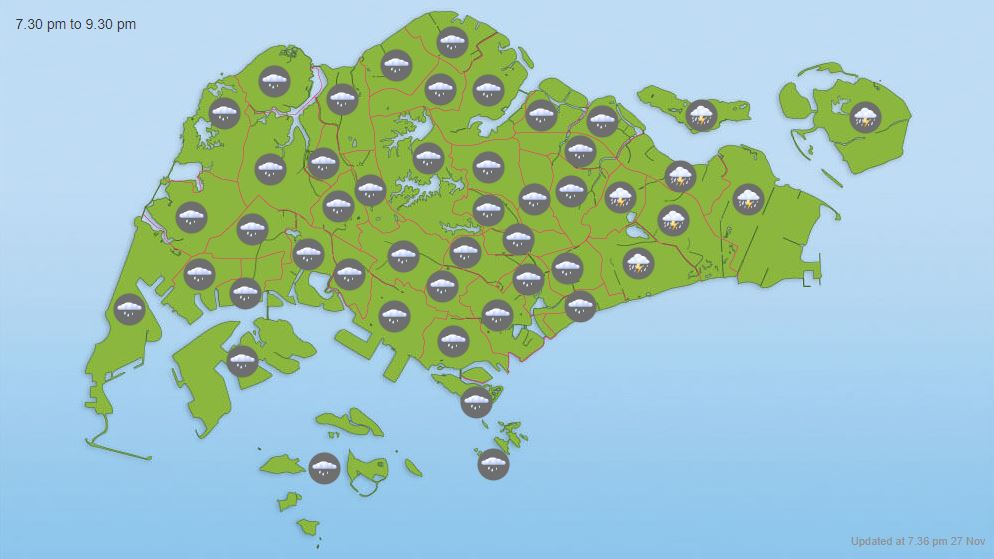 Do take care if you’re out

As the rainy season is upon us again, do remember to arm yourself with an umbrella when venturing outdoors.

If you’re already out and about, do take care and avoid the areas of concern. Flash floods are always possible, even after the rain stops.

Get timely updates on developing situations by subscribing to PUB’s Telegram channel here.