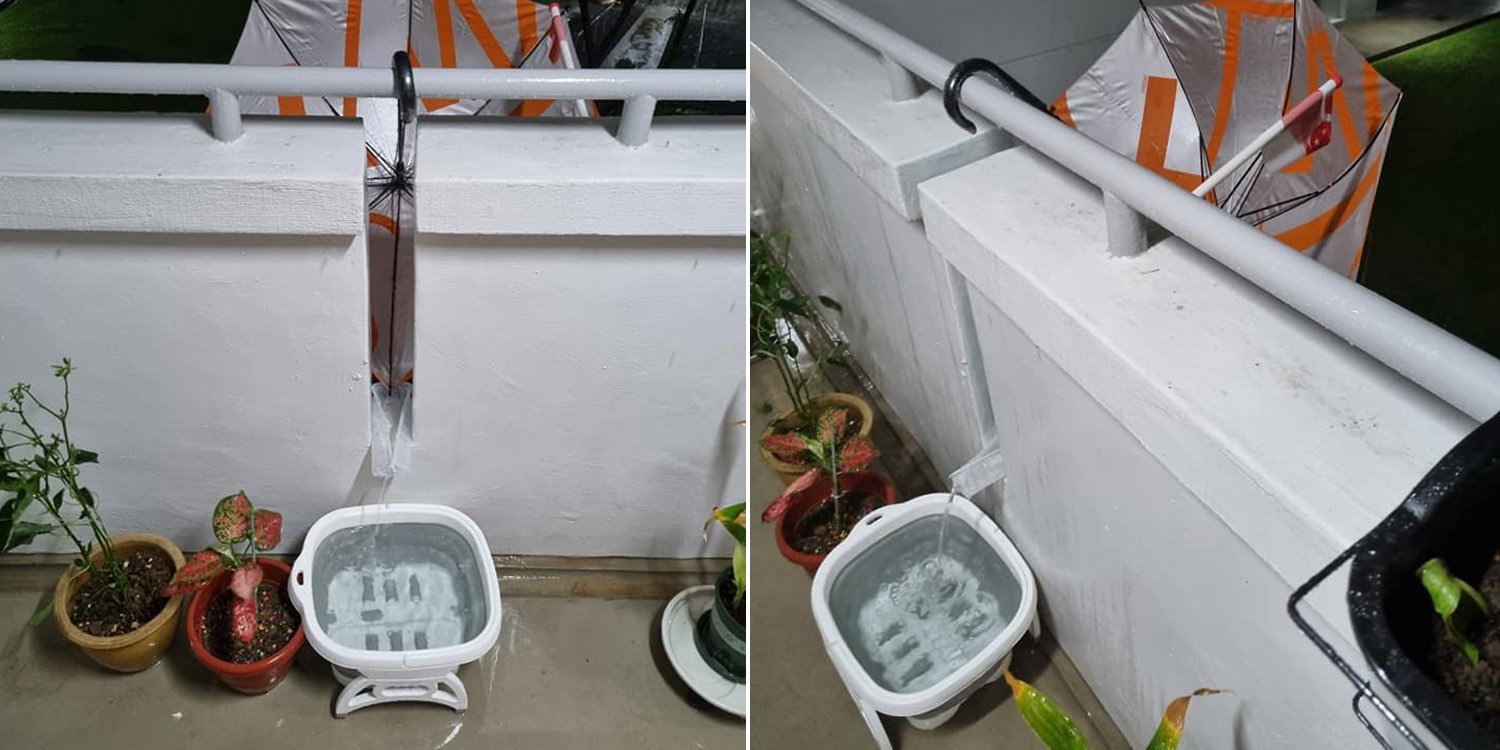 Some Singaporeans have resorted to collecting rainwater for their household uses to reduce their carbon footprint and save on utility bills. 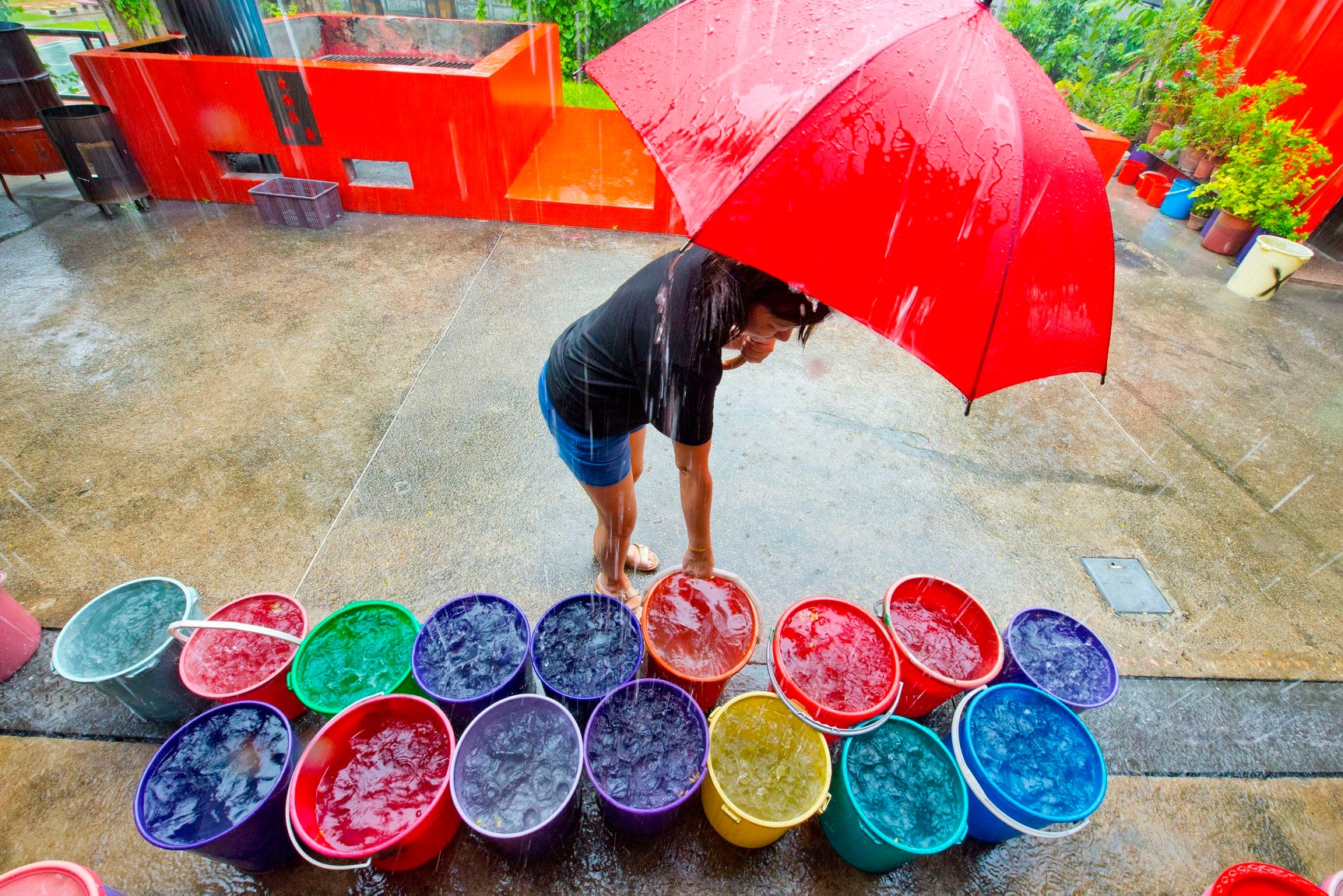 While this is commonly done by placing pails out in the open, one netizen has recently come up with an ingenious way of collecting rainwater that doesn’t involve the backbreaking process of transporting buckets from one location to another.

On Sunday (26 Sep), a netizen named Samuel Wong shared his rainwater collecting process, which only requires an umbrella and a plastic bottle. 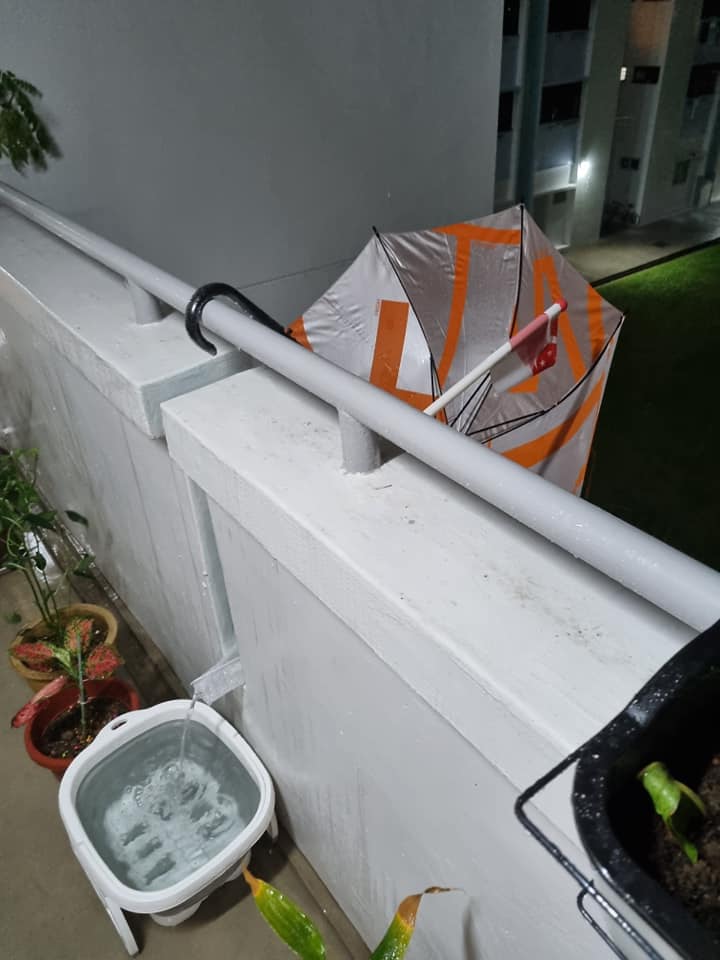 Netizens have since lauded Mr Wong for his clever approach to this age-old way of conserving water.

While umbrellas usually protect us from the rain, he has seemingly found a purpose for the concave inner portion of the equipment.

He did this by hooking the umbrella on the rail that runs along his HDB corridor. 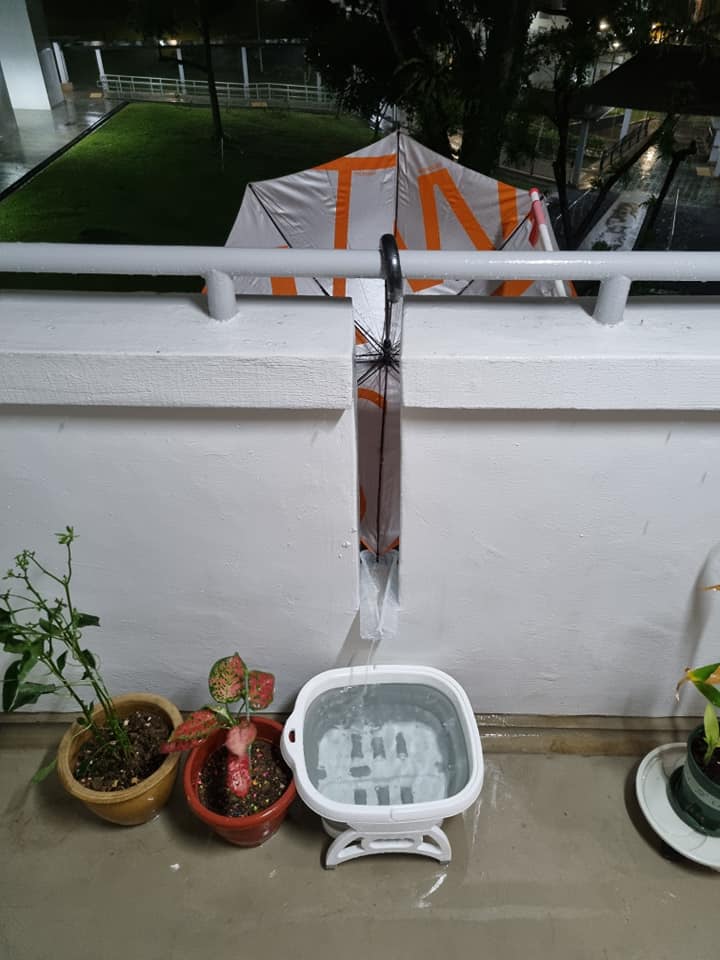 He then cuts open a plastic bottle and positions it below the umbrella and a larger container under the bottle.

That way, any water that falls on the underside of the umbrella will be directed into the container. 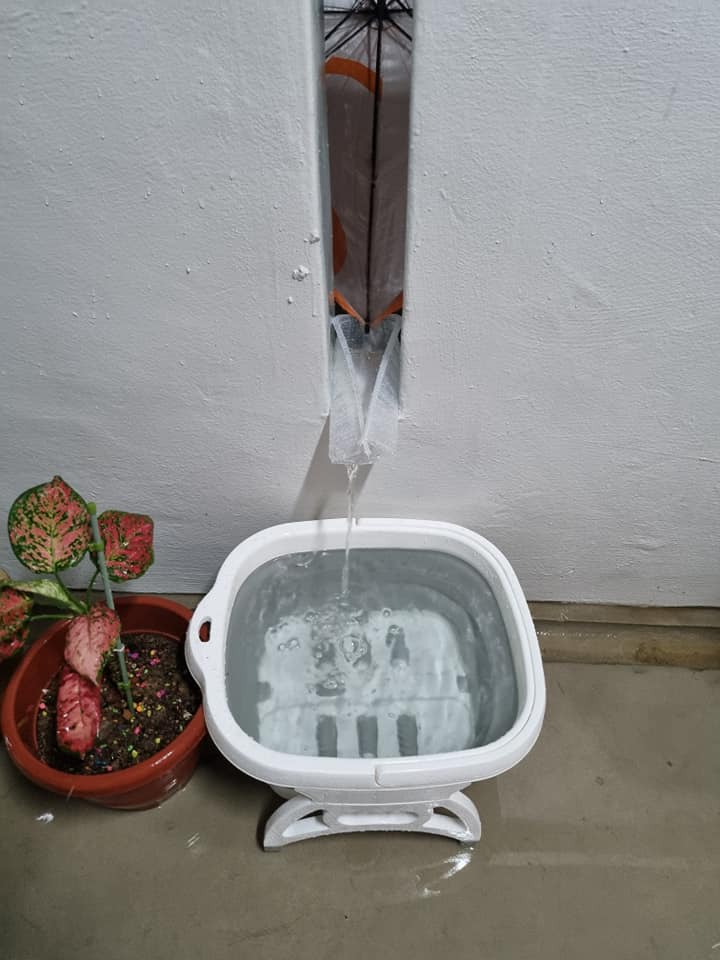 Though the makeshift apparatus sounds pretty straightforward, a certain level of caution is probably required as the umbrella may fall over and strike someone below.

As expected, many netizens have since lauded the OP for his innovative way of collecting rainwater.

Concerned that the umbrella might fly off, someone suggested that Mr Wong should secure the umbrella to the rail.

Mr Wong has since heeded the advice and used a raffia string to tie the handle. Hope he has an abundant harvest

Be it for watering plants or flushing the toilet, collecting rainwater helps reduce our utility bills and, at the same time, benefit the environment too.

Kudos to Mr Wong for coming up with such an innovative method of collecting rainwater.

We have no doubt he will enjoy an abundant harvest, given the rain that’s expected to fall in September.