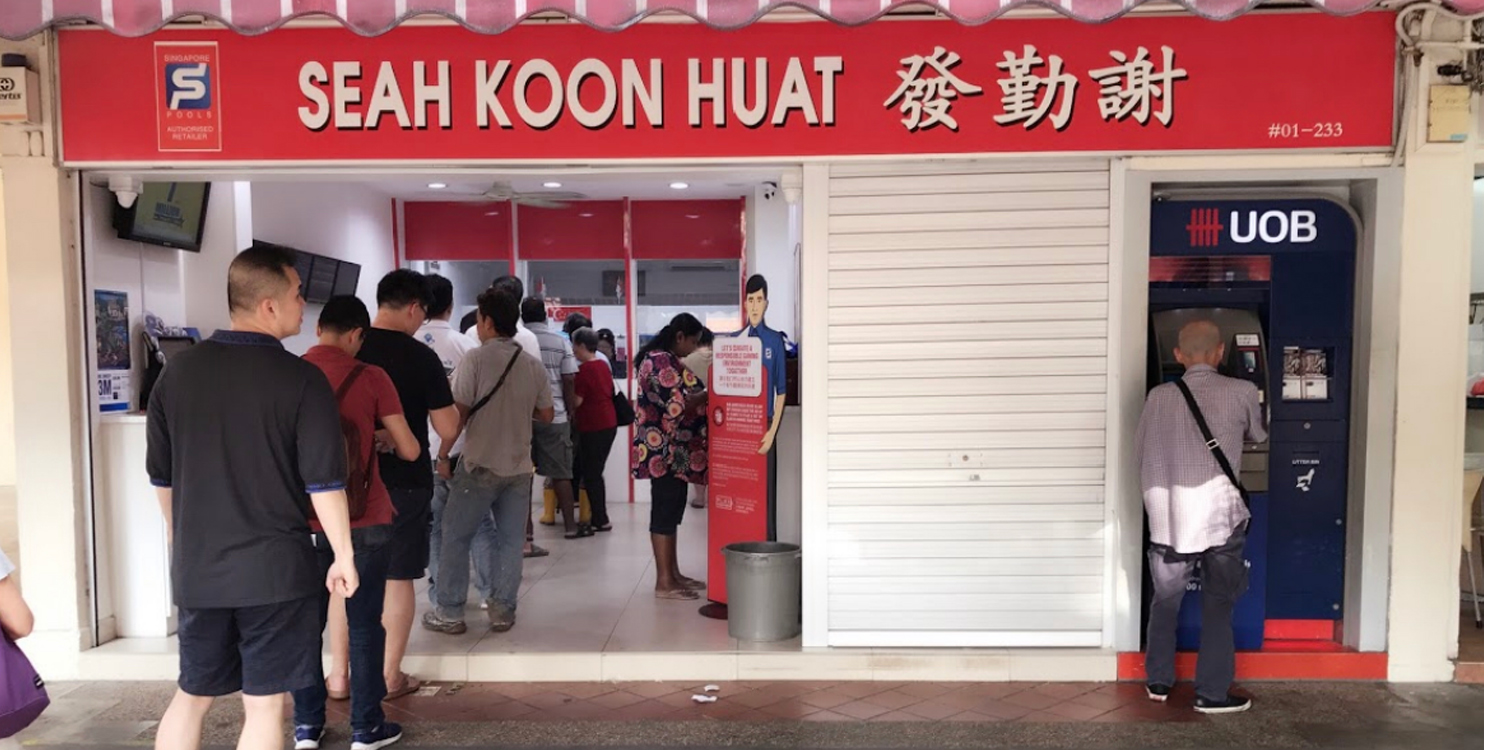 Superstitious TOTO or 4D punters would typically have their ‘favourite’ Singapore Pools outlet. Chances are, they’ve huat there in the past or heard rumours that it’s a ‘fertile’ ground for producing winning tickets.

Well, there seems to be a new auspicious shop in town, at least after the recent draw.

During the TOTO draw on 1 Feb, a Singapore Pools outlet in Redhill produced 3 winning tickets, 2 of which won the top prize, and the last ticket winning the 2nd prize. 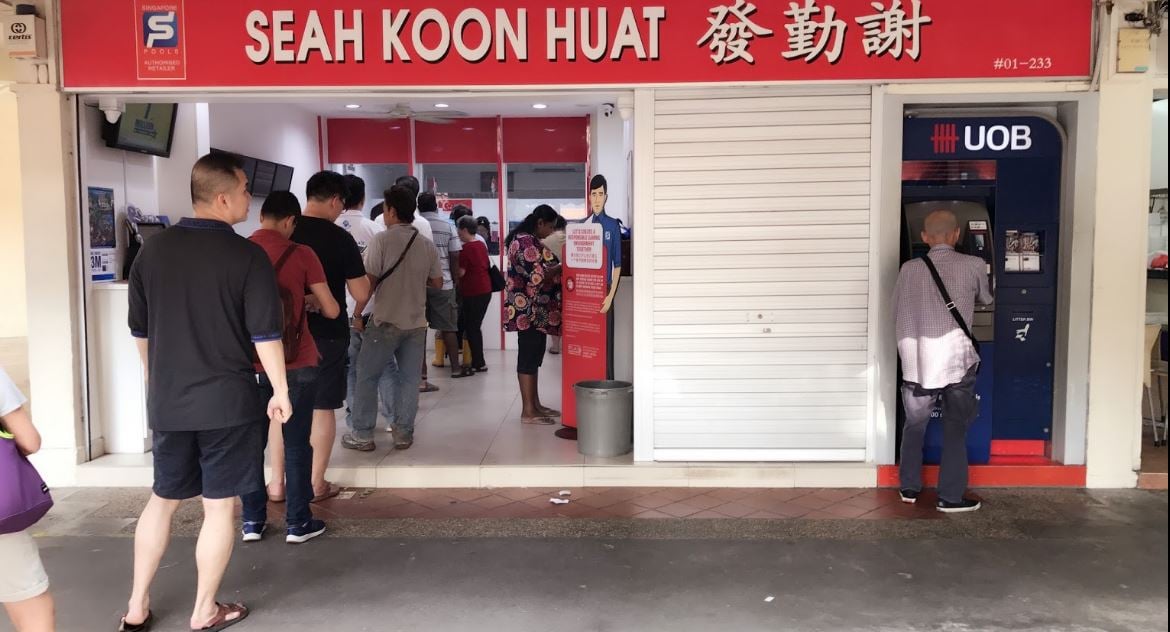 In total, the winners brought home more than $3 million in prize money after placing bets at the outlet.

2 shares of the Group 1 prize were given out.

The first went to an individual who purchased a QuickPick System 7 ticket at the Seah Koon Huat Singapore Pools outlet in Redhill. Simply put, the punter won nearly $3 million with a ticket that costs just $7.

The second Group 1 winning ticket was bought in batches via iTOTO – System 12, both online and at physical Singapore Pools outlets. 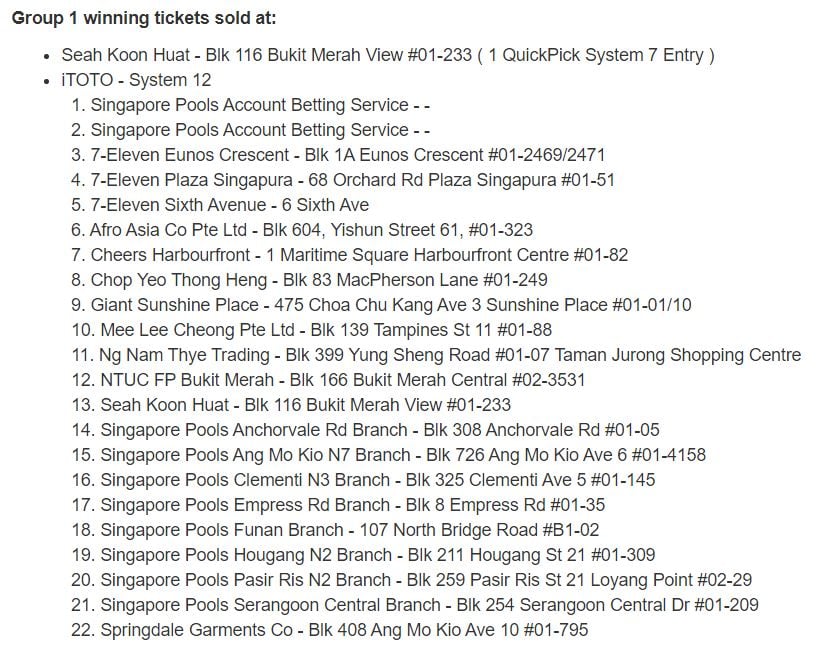 This portion of prize money was split into 26 units, each amounting to ~$114,686. There were reportedly 22 winners who had struck the top prize under this ticket — some of whom likely bought multiple units.

Turns out, one of the punters had coincidentally bought his or her ticket at the same Singapore Pools outlet in Redhill too.

Looking further down the list of winners, one would realise that another individual had also bought a Group 2 winning ticket at the same outlet. Though the winnings are significantly less – around $1,822 – the chances of 3 punters striking the top 2 prizes in a single TOTO draw is still rather low.

Open daily from 8am

According to Lianhe Zaobao, Group 1 and 2 winning tickets have been bought at the outlet 5 and 11 times respectively since Oct 2014.

If you’re thinking of heading over to the Redhill Singapore Pools outlet to purchase ur ticket for the upcoming Reunion Draw, here are the deets:

Our colleagues have also compiled a list of the 10 most huat Singapore Pools outlets islandwide. You can read more about them here.

Might want to try your luck there, but do gamble responsibly

Congratulations to the winners of the most recent TOTO draw. If you happen to be staying near the area, why not try your luck by placing a bet at the outlet?

That said, do gamble responsibly and within your means.

If you need help managing your gambling habits, please call the National Council on Problem Gambling hotline at 1800-6-668-668.

Do also adhere to safe-distancing measures while you’re there. The last thing we want is for there to be a Covid-19 cluster forming at one of the Singapore Pools outlets.