On Tuesday (8 Oct), the Maintenance of Religious Harmony Act was updated to better protect religious groups as well as members of the public.

As it turns out, the amendments also include protection for the LGBTQ community. A section had defined the applicable target group as not confined to institutional religions.

The Act will protect not only those with a similar sexual orientation but also communities comprising atheists, foreign workers and more.

Before this latest revision to the Act, there was no official protection for the LGBTQ community.

Approval from the LGBTQ community 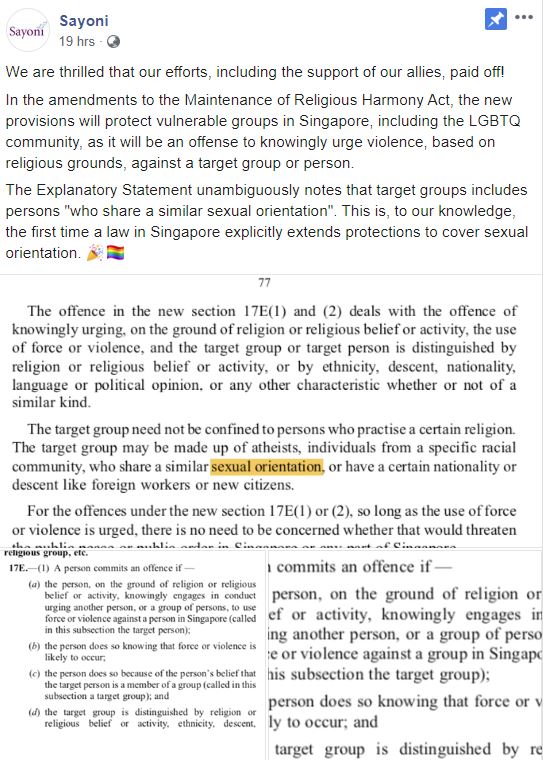 Followers of the page were equally happy and expressed their joy in the comments below.

Another netizen remarked that the broader move also included previously unrecognised groups like atheists, which is very heartening to see.

Other amendments to the Act

Other amendments to the Act included:

This step towards greater inclusiveness is certainly praiseworthy. But we must not become complacent, as fostering an inclusive society is a continuous process. Kudos to the government for making such amendments to include all communities in Singapore.