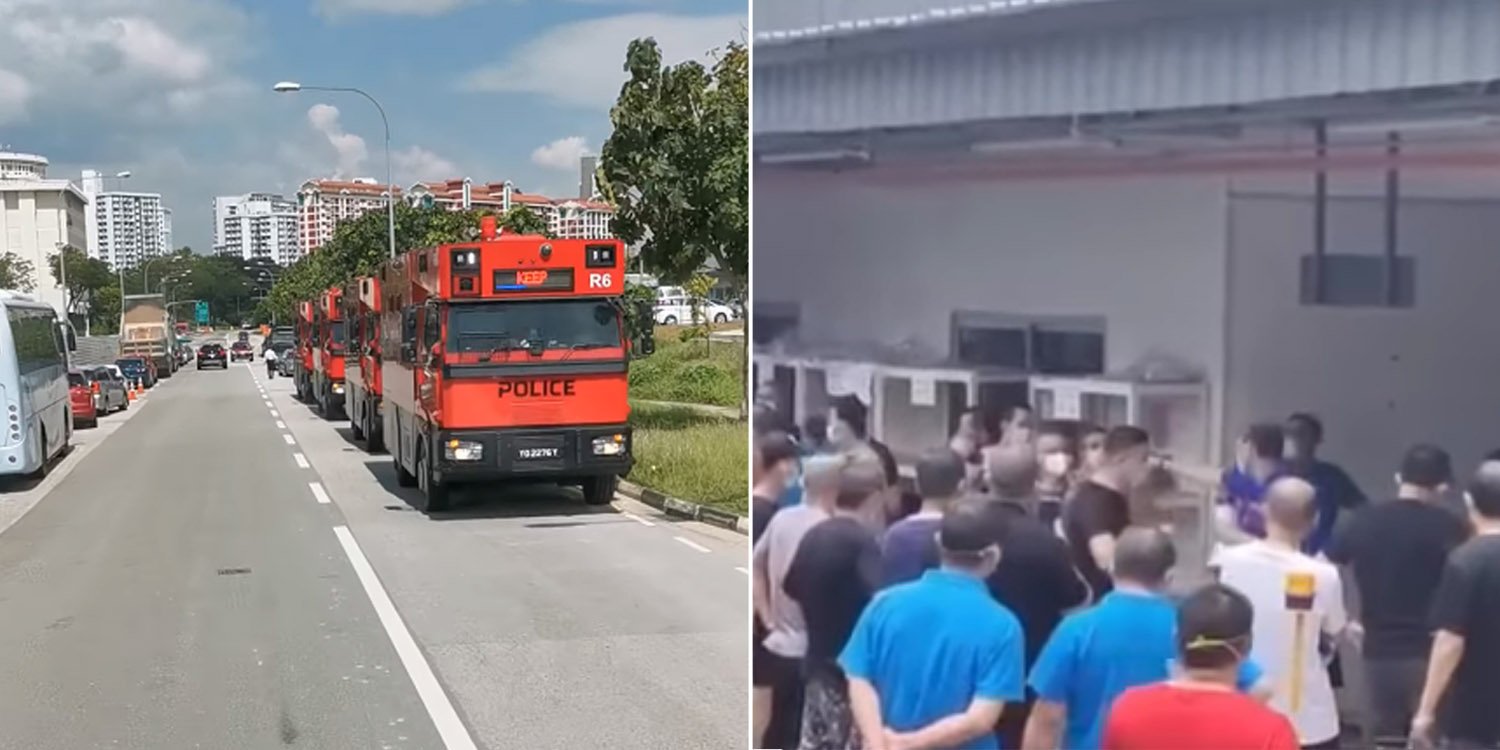 While the ever-changing safe management measures (SMMs) have frustrated many of us, our feelings probably can’t match that of workers residing in dormitories or dorms.

Yesterday (13 Oct), riot police officers were deployed to a workers’ dorm in Jurong after claims of Covid-19 breaches there emerged. 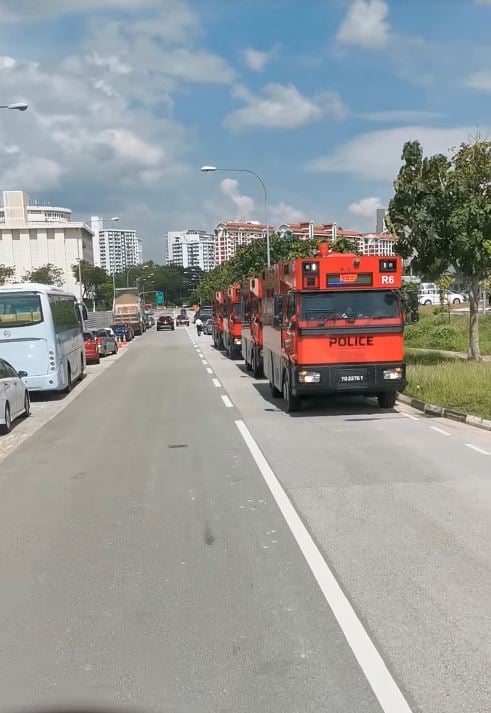 The Ministry of Manpower (MOM) is currently investigating these claims, which include insufficient medical support and poor quality of catered food.

Videos circulating on social media show a heavy police presence along Jalan Tukang on Wednesday (13 Oct) at about 3pm.

But unlike the usual blue or white police vehicles that we often see, red ones from the Special Operations Command lined the road instead.

Another clip shows a large gathering at what appears to be an area inside the dormitory.

Meanwhile, armoured police officers stood outside what seems to be the dormitory’s entrance.

Workers’ claim there was insufficient medical support at dorm

MOM has since issued a statement about the incident, confirming delays at the dormitory in sending Covid-positive workers to isolation facilities.

MOM, however, did not address the presence of officers from their Forward Assurance and Support Teams (FAST) and Singapore Police Force at the scene.

The ministry added that they are in the midst of transferring individuals in need of medical care to healthcare facilities.

Meanwhile, roommates of Covid-19 patients are allowed to return to work should they test negative using ART.

As for the food, MOM explained that the employer has received the workers’ feedback, reports Channel NewsAsia (CNA).

The employer in question has also engaged the workers about the issue to find out if they have any other concerns.

We hope the authorities will take the workers’ concerns into serious consideration and address them accordingly.

After all, we should care for their well-being too, as they’re an essential part of our society.

Featured image adapted from Sham Ogy and ROADS.sg on Facebook.